Are Austin and Lisa Victoria From Selling the OC Still Together?

Netflix’s ‘Selling the OC’ can only be described as a captivating unscripted series that really expands the fan-favorite ‘Selling Sunset‘ universe in the most dramatic yet favorable way imaginable. That’s because it centers around a different real estate team under the same Oppenheim Group brokerage as they try to balance their lavish professional world with their personal experiences. Amongst them was the undeniably hard-working as well as hard-partying realtor Austin Victoria — so now, if you wish to learn more about his family life, in particular, we’ve got the details for you.

California native Austin wasn’t kidding in the reality production when he claimed he took a long time to get down on one knee because he wished to have some good fun before starting a family. After all, even though he’d begun dating then-Guess designer Lisa around 2010 and knew quite early on that he would spend the rest of his life with just her, he actually proposed in June 2017. However, he was as romantic as he could be since he seemingly made it an entire event while on vacation in Bali following careful planning — Lisa also admitted everything was simply perfect. 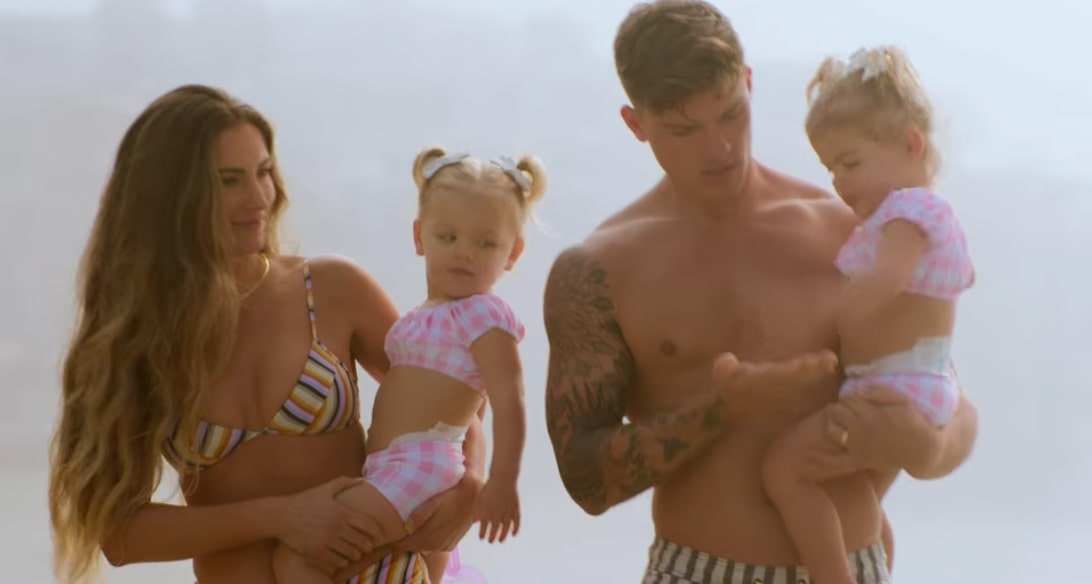 Austin and Lisa thus tied the knot in a beautifully intimate ceremony at the 39-acre Merv Griffin Estate in the heart of Coachella Valley in South La Quinta, California, on September 22, 2018. The couple ostensibly did have a set schedule because they took steps to build a family almost immediately, welcoming twin girls Lilah Rue and Hazel James into their lives on October 23, 2019. Therefore, their decision to move from Los Angeles to Orange County was for their daughters as well, particularly as, like any parent, they want to equip them with the best possible opportunities.

The real estate agent had been working in some of the top Los Angeles-based brokerages before The Oppenheim Group hired him in July 2021, making it a move forward he just couldn’t miss. Austin’s social lifestyle did subsequently put pressure on his marriage, though, especially as Lisa started to feel like a nanny rather than his equal, but he promised things would soon get better. “Where do I see myself in 5 years?” he said at one point. “Own the house of my dreams [on the oceanfront], having my kids go to a private school, having a nanny so my wife and I can have a good time. I want to provide for my family, take care of them; I just want to make them proud.”

Of course! Austin and Lisa are not only still together, but they’re happier, healthier, and stronger than ever before; at least, that’s what their social media platforms indicate without a single doubt. The truth is they’ve faced their fair share of troubles over the years, yet they always manage to make things work by communicating with an open mind to understand each other’s point of view. The prime example of this is actually quite subtly in the Netflix original itself, in the way the duo simply but honestly discussed their entire situation instead of accusing one another of anything.

In other words, it appears as if Austin and Lisa have genuinely figured out the secret behind successful relationships — it’s always them against the problem, never them against one another. If you want further proof of the same, as indicated above, you frankly don’t have to look beyond either of their aesthetically pleasing, family-driven, and PDA-filled Instagram profiles.

Whether it be Hawaii, Mammoth Mountain, or Mexico, the realtor, actor, and model (signed by Wilhelmina as well as HRI Talent) and the fashion designer have recently traveled everywhere with their girls. They don’t often do cheesy captions to showcase their love, no matter where they might be, yet that’s just because their uploads speak for themselves, as seen below.