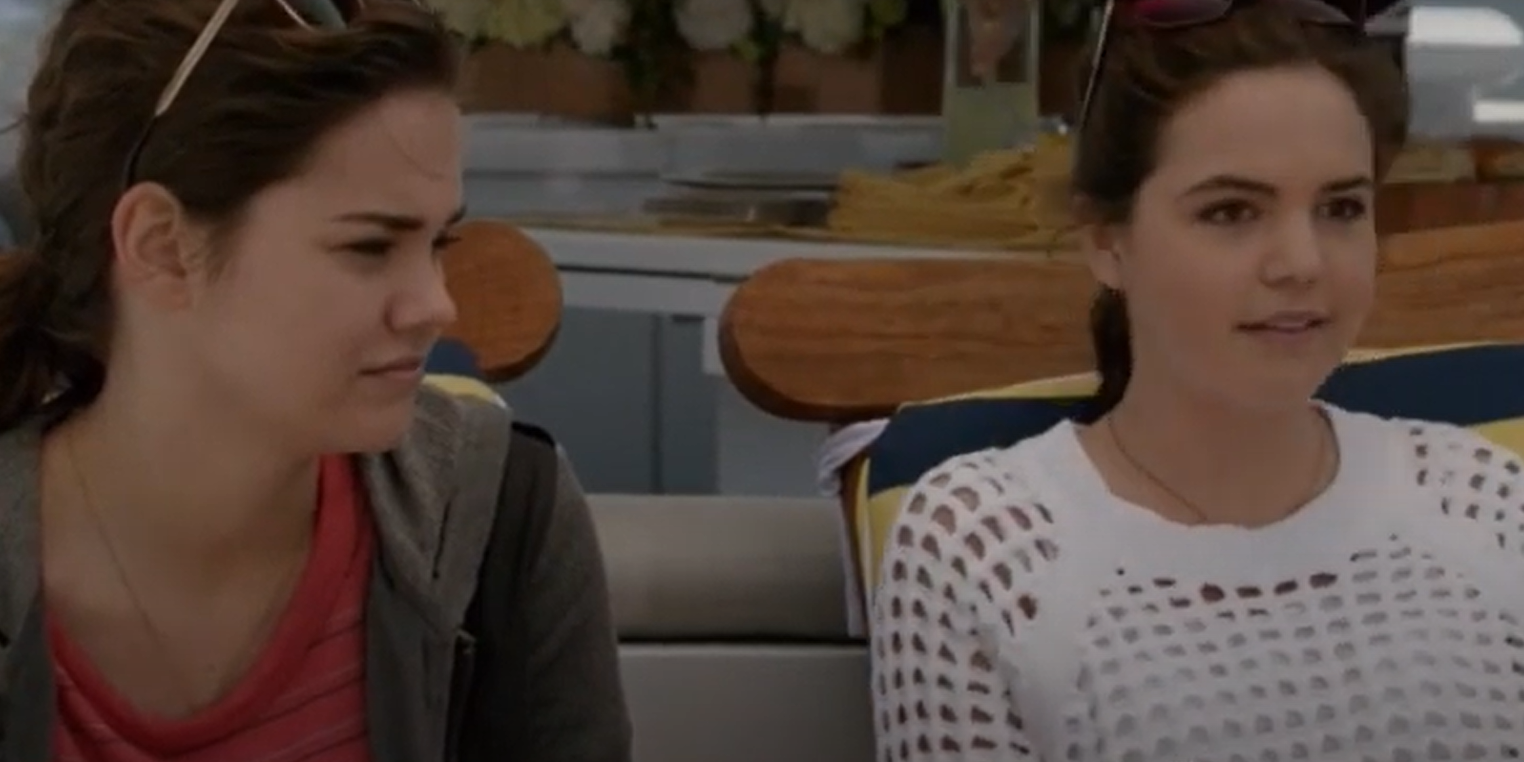 ‘The Fosters’ is a family drama that ran on the Freeform television network from 2013 to 2018. The series revolves around the lesbian couple Stef and Lena and their five children. While one of their kids is biological, four children are adopted, including Callie. Ever since Sophia was introduced as Callie’s half-sister in the series, fans could not get over the uncanny resemblance between the two actors who portray the roles. Soon, social media was filled with posts speculating if Maia Mitchell (Callie) and Bailee Madison (Sophia) are indeed related.

After the series came to an end with five successful seasons, fans were treated with the spin-off series ‘Good Trouble,’ which takes the narrative forward, focusing on Callie and her adopted sister Mariana. Even though Madison’s Sophia is not a part of the new series, fans have not forgotten the actress who looks like Maia Mitchell’s twin sister. If you are one of the people wondering if Mitchell and Madison are related, then you are not alone! Let’s find out if there is any truth to this.

No, Bailee Madison and Maia Mitchell are not related. The actresses have constantly been confused for each other to the point where even their fans can’t tell them apart. Madison and Mitchell revealed that they became friends because of the people comparing both of them. Moreover, fans got confused between the two and started posting about them even before the actresses had met each other in person. Besides, their mutual admiration has been fuelling these speculations for a long time. The fact that they are both Disney alums makes things all the more confusing.

Happy National Lookalike Day! We had to blink at these photos because @MaiaMitchell & @BaileeMadison look alike! pic.twitter.com/PUzMa9mt0U

Maia Mitchell is an Australian actress and singer who is recognized for her role as McKenzie in Disney’s ‘Teen Beach Movie’ and ‘Teen Beach 2.’ Her other notable works include ‘Mortified,’ ‘Trapped,’ ‘Castaway,’ and the film ‘The Last Summer.’ On the other hand, Bailee Madison is known for her roles in ‘Good Witch,’ ‘Trophy Wife,’ ‘Bridge to Terabithia,’ and ‘Just Go With It.’ Disney fans may remember her as Maxine Russo in ‘Wizards of Waverly Place.’ You would be surprised to know that the actresses have a considerable age gap since Mitchell is six years older than Madison, who is 21.

Madison and Mitchell are good-natured about being confused with each other and, in fact, have fun with the situation. Madison admitted to feeling flattered when people say that she looks like Mitchell because she considers the Australian actress very beautiful. They have even received compliments from each other’s fans who mixed up their identities. Mitchell thanked people on Madison’s behalf when they came gushing to the actress to tell her how much they loved her on ‘Wizards of Waverly Place.’

On the other hand, Madison has had similar experiences. Mitchell’s fans told her that they loved her in the ‘Teen Beach Movie,’ to which she responded on Mitchell’s behalf. The two actresses were ecstatic when they discovered that they had been cast as sisters on ‘The Fosters.’ You may be surprised to know Bailee Madison is actually the younger sister of the actress Kaitlin Ann Vilasuso, who features in films such as ‘Monster,’ ‘Watercolor Postcards,’ and ‘Scavengers.’ Still, most fans would agree that Madison looks more like Maia Mitchell than she resembles her own sister.