Are Carly and Chase From Too Hot to Handle Still Together?

Created by Laura Gibson and Charlie Bennett, Netflix’s ‘Too Hot to Handle‘ is a reality dating series wherein ten attractive singles find themselves on the shores of a luxurious island with a mindset of simply having fun. Soon though, they realize that they’re facing a $100,000 celibacy challenge like no other. The rules here are simple; the contestants must forge emotional bonds without indulging in physical intimacy to win love and the large sum at the end. So now, with season 2 giving us a romance between Carly and Chase, let’s find out if they stuck together or not, shall we?

Carly and Chase’s Too Hot to Handle Journey

Carly Lawrence and Chase DeMoor are two players who found each other to be charming from the get-go. Although both of them had admitted that they were simply on the show to have casual flings and Carly also tried to play hard to get, they secured a bond before the sex ban even hit. In fact, despite their attempted first kiss leading to a head injury for Carly and her forgetting his name for a short while, Chase still managed to get that kiss. But unfortunately, they faced a barrier almost immediately as Peter came into play and also exchanged a quick smooch with Carly. 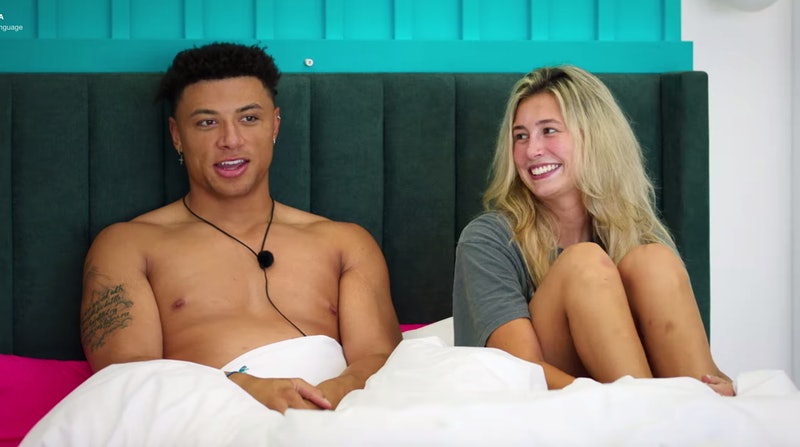 The latter was pretty meaningless for both Peter and Carly, so she talked to Chase about it and stated that he was the only one she wanted to focus on — no more keeping her options open. Chase closed off a little and put his guard back up in the aftermath of it all, but Carly showed just how serious she was about him when a new player joined in the middle of the production and asked her out on a date. Naturally, Chase was jealous when Carly and Robert laughed and flirted, but she did tell the latter about her partner and added that she was only thinking of him.

Are Chase and Carly Still Together?

Following Carly’s date with Robert, she and Chase had another significant conversation regarding their feelings for each other. While Carly remained honest and said that her time with Robert was flirty but that she was loyal to Chase at every step of the way, he said that the process brought out a lot of emotions in him that he didn’t think he’d have. Chase stated that he had been cheated on before, so that was a concern, yet he had nothing to worry about when it came to Carly. In the end, this duo came out stronger and more confident in their connection than before.

A post shared by Too hot to handle / Carly🧚🏻‍♀️ (@carlylawrence_)

However, it doesn’t look like Chase and Carly are together anymore. Their conversations, they both confessed, were a monumental step in building a long-lasting relationship for them, but their complete lack of social media interactions seems like a bad indication. The fact that Chase and Carly still follow one another on Instagram indicates that they are, at least, still friends, so it’s possible that they parted ways on good terms. What transpired between them, though, whether on the show or later, is regrettably just something we’ll have to wait for them to confirm.

A post shared by Too hot to hande – Chase 👑 (@chasedemoor)

Read More: Are Emily and Cam From Too Hot to Handle Still Together?