Are KP and Kyla Pratt From Black Ink Crew Still Together?

Kyla Pratt is best known for the role of Maya in the ‘Dr. Dolittle’ movie franchise. She has also lent her voice to the character of Penny Proud in the Disney Channel animated series ‘The Proud Family.’ The talented actress and singer began her career as a child artist at the age of 8 and has since appeared in numerous TV shows and movies. Kyla’s boyfriend, Danny “KP” Kirkpatrick, is a renowned songwriter, hip-hop artist, and tattoo artist who owns IAM Compton, an African American-operated Ink Art Music shop in Compton, California.

Together, the couple appears on the reality TV series ‘Black Ink Crew: Compton,’ a spin-off of ‘Black Ink Crew.’ It chronicles the personal and professional lives of the employees of IAM Compton, keeping the viewers hooked with its saucy drama and romantic relationships. Fans love Kyla and KP’s deep understanding and chemistry and are thus curious to know what they are up to presently. In case you are curious about the same, we’ve got you covered. Let’s find out together.

Kyla Pratt first met KP through his cousin around 2005, while he was serving probation for allegedly selling drugs in college. Kyla was his cousin’s friend and visited their house one day, where he met her. They humorously bonded over their shared initials “KP,” as well as a drinking game challenge they played with his friends. 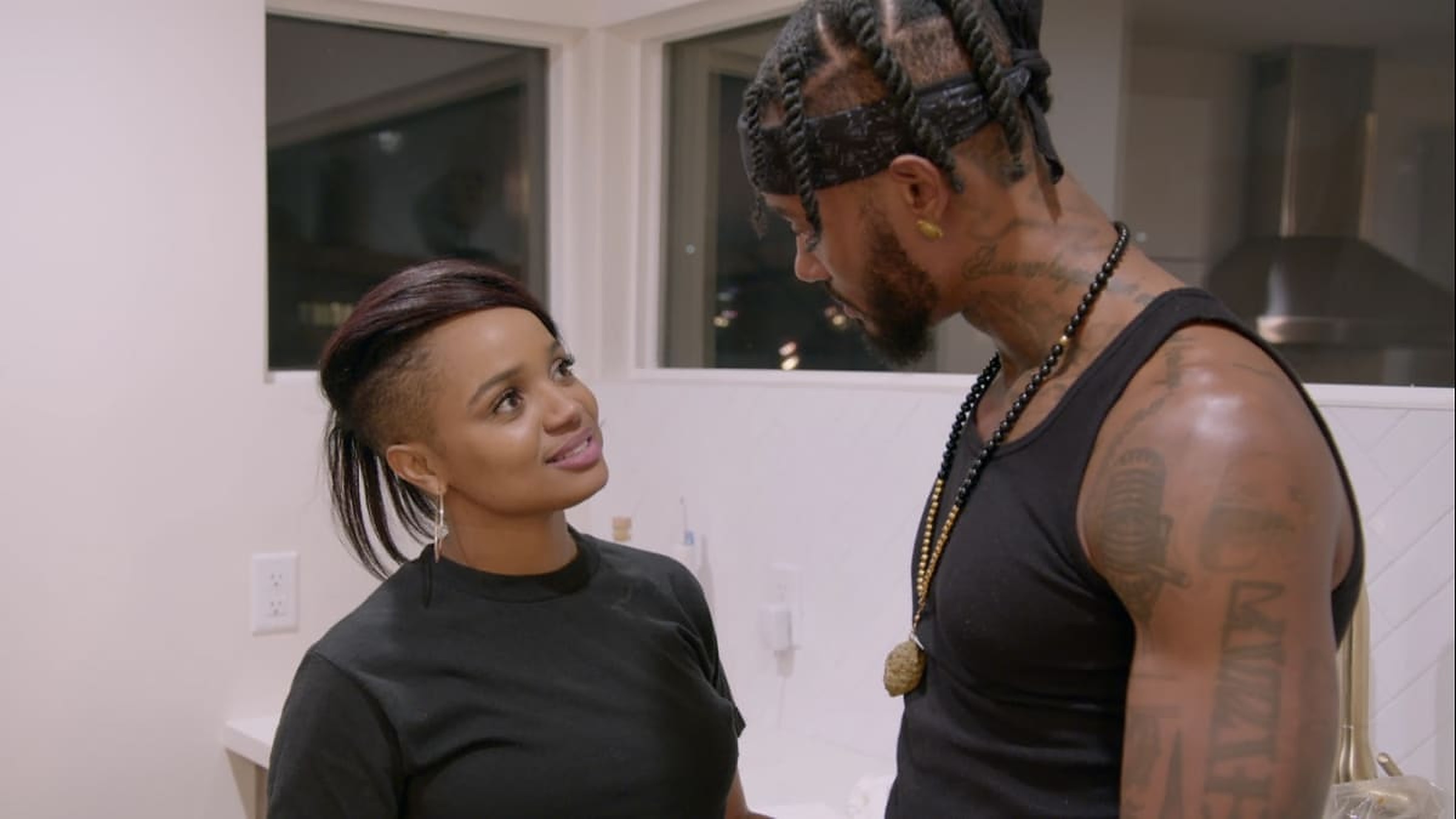 In an interview, KP shared his first impression of Kyla and said, “It’s crazy because when I seen her, she looked familiar and I was like, ‘That’s that little actress.’ Because she younger than me and as a kid, I was always looking at older actresses like the Jada and Halle Berrys. I kind of looked at her as a kid, not knowing her full impact and resume.” The couple befriended each other and gradually began dating sometime after. In November 2010, KP and Kyla welcomed their first daughter Lyric Kai Kilpatrick, and in August 2013, their second daughter Liyah Kirkpatrick was born.

KP also has a 15-year-old son named Danny Kirkpatrick Jr. from a previous relationship. After several years of dating, the couple got engaged in 2011 and has stood by each other through good and bad times. In 2011, when rumors started floating that KP was formerly a stripper at the Right Track in Los Angeles, Kyla defended KP in her Tumblr blog and stated that he was just a competitive dancer. “He has been a tattoo artist for about eight years and has been writing and producing music around the same,” she said.

Kyla further added, “This whole he is a stripper and changed careers real quick so I wouldn’t look crazy is some bullshit. Just like every man out here, he found a hustle that had nothing to do with selling drugs, robbing people, or anything where he would be put in jail. A lot of people make assumptions about a profession based solely off of one experience you have had or something you have seen on TV.” Though the rumor died down, did it impact KP and Kyla’s love for each other?

Are KP and Kyla Pratt Still Together?

Yes, KP and Kyla Pratt are very much together. The couple has been going strong for more than 13 years now and is busy being hands-on parents to their children. Moreover, Kyla has been a regular part of ‘Black Ink Compton’ since it arrived on August 14, 2019. In a September 2014 interview, Kyla shared her and KP’s marriage plans, saying, “We’re going to get married when we feel like it.”

Kyla also talked about the societal pressure on getting married, saying, “There’s a lot of pressure that comes with that piece of paper.’ And why not work on your relationship before jumping into all that pressure? I don’t want to get married to get divorced…So right now, we’re good. We’re good where we are.” She concluded by saying that communication is key and their main priority is their kids. The actress frequently posts sweet pictures of KP and their daughters on social media, such as this adorable one that she shared on Father’s Day 2021.

Kyla also opened up about the challenges of motherhood and the struggle she had with mental health after Liyah’s birth in 2013. In an interview with Health, she stated that labeling public figures as “strong” can be deceiving and deprives a person of their need to open up about their issues. Moreover, the reality star emphasized normalizing conversations about mental health to create a safe space for people. On the professional front, Kyla is enjoying the appreciation coming her way for her performance as Randi in the sitcom ‘Call Me Kat.’

Meanwhile, KP is busy managing his tattoo and released the music single ‘Thank God’ on November 26, 2021. In addition, the couple is all set to appear in ‘Black Ink Crew: Compton’ season 2. Therefore, we can say that Kyla and KP are presently doing well together and leading a blissful life with their kids.