Are Miguel and Alejandro From Love Never Lies Still Together?

Netflix’s ‘Love Never Lies: Destination Sardinia,’ AKA ‘Amor con Fianza: Destino Cerdena,’ is a Spanish reality series with an intriguing premise that is sure to captivate you. The dating show features several couples who come to participate in an experiment in order to prove their trust and loyalty. During the productions, the pairs are separated and introduced to many bachelors. Meanwhile, the participants can also see some of the activities that their partners indulge in, though they may not necessarily be completely accurate.

The show also hosts truth ceremonies using “eye detect” tests to unearth hidden secrets. In the first season of the show, Miguel and Alejandro are one of the most prominent couples whose story tugged at many heartstrings. Given the numerous ups and downs that the two went through while on the show, we are sure that you are curious about their current status. Luckily, we are here to explore the same!

Miguel and Alejandro entered the show in order to explore their relationship and test their resolve. While the pair had a tumultuous past, they said that all the troubles were in the past and they were looking forward to a brighter future. However, when the time came for their first “eye detect” session, Alejandro came to know that Miguel did not trust him completely and compulsively checked his social media accounts to keep his paranoia in check. 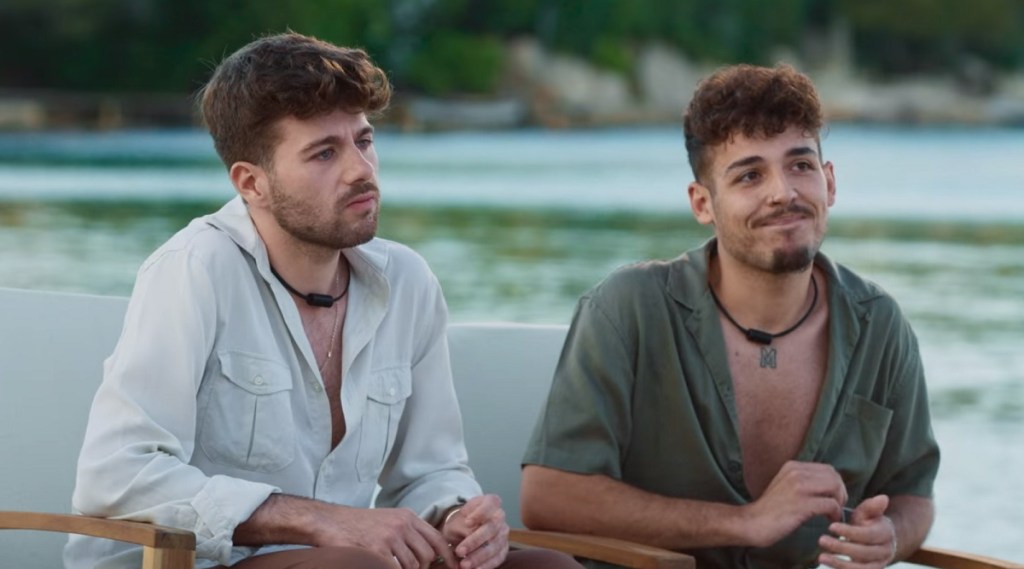 It was also revealed that Alejandro had cheated on Miguel when he went to his hometown. The former explained that he was not publically out in his hometown, and being there confused him. Alejandro ended up kissing a guy while there and kept thinking about the opportunities he had missed in his life that Miguel had experienced before him. Alejandro admitted that Miguel did not deserve to be cheated on, and he regretted his actions.

The two were then separated into two different villas, and Alejandro was introduced to Rodrigo as a potential romantic interest. However, Alejandro was not interested in him and seemed to enjoy other activities. Miguel was shown how freely Alejandro was living, which seemed odd to him as he had never seen him acting so openly. It was then revealed to Miguel that another bachelor by the name of Ángel was extremely interested in Alejandro. 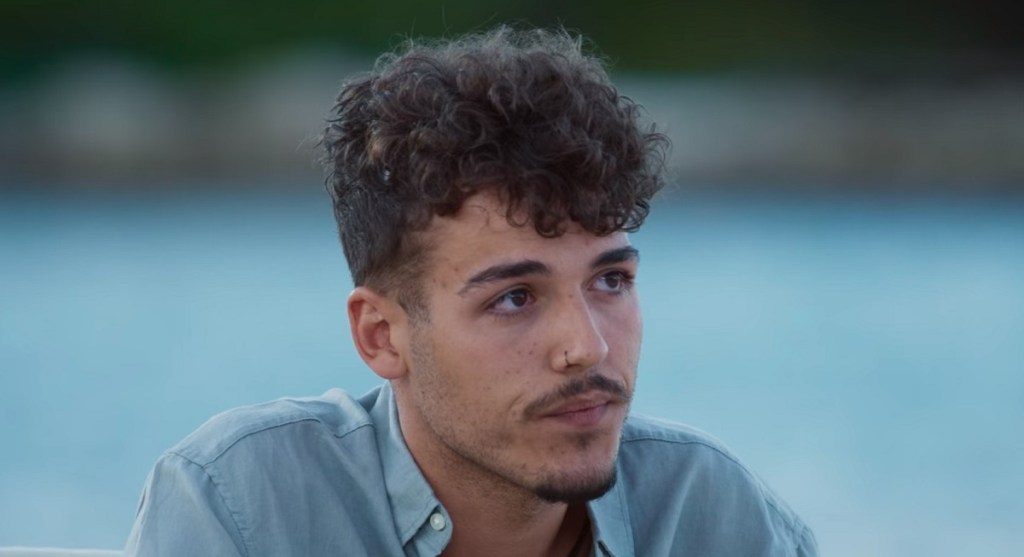 When Alejandro saw Ángel, he did seem extremely interested in him. The two shared many close moments and did seem to connect very much. Soon afterward, Miguel was shown that Alejandro and Ángel were developing an intimate relationship and had apparently slept together. This broke Miguel’s heart, and he felt that his relationship and life were ruined beyond repair. He could not fathom that his partner had done such a thing and was inconsolable for a long time.

Just before the participants had to switch houses, Miguel got to see just how close Alejandro and Ángel had become. His boyfriend had also been asked two more questions for “eye detect,” which revealed that Alejandro had cheated on Miguel more than once before the show and that he was surely attracted to Ángel. Some of the clips also showcased that Miguel apparently felt like he had not been himself while he was dating Miguel. The latter felt like his relationship was over and did not want to think more about Alejandro. 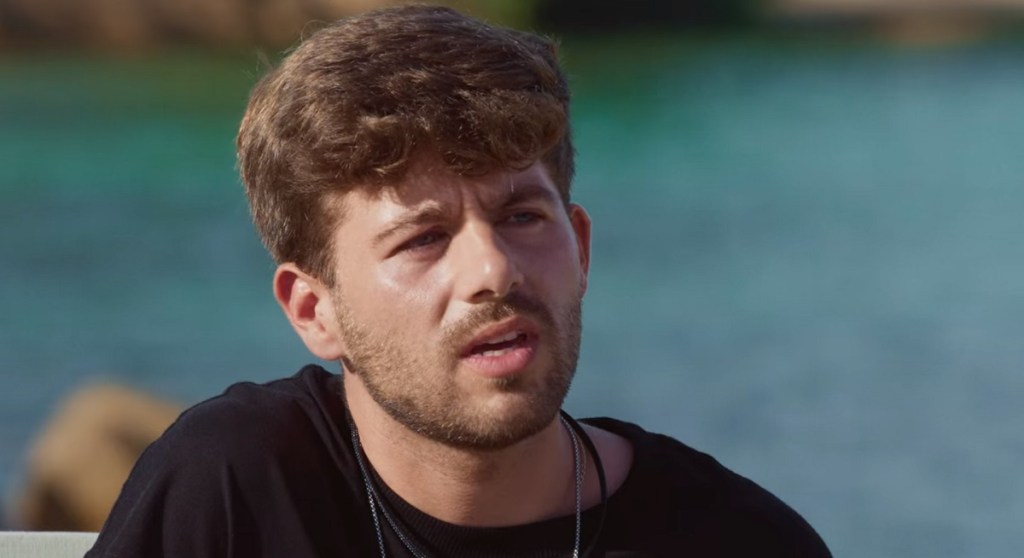 Soon, the next batch of bachelors came to visit Miguel and his housemates, and the reality TV contestant developed a warm bond with Raúl. Their relationship seemed to provide warmth to Miguel, and Raúl seemingly felt the same. Whenever Alejandro saw the openness and physical banter between them, he felt hurt as he had never seen his boyfriend so free. However, he could not help but wonder if maybe it was because he had not given his all to Miguel.

Before the finale, Alejandro got to know through the truth ceremony just how close Miguel and Raúl were and that they were even sharing a bed. Through the “eye detect” question Alejandro was informed that Miguel had fantasized about being physically intimate with Raúl. Apparently, the thought of leaving Alejandro had indeed crossed his mind. While upset, Alejandro confessed that he had always feared that someone on the show may offer Miguel everything that he had never given to him. Though the show was meant to test his resolve, it became apparent that Miguel may have found a heartfelt connection instead.

When the time came for the final truth ceremony, Miguel was quite eager to meet Alejandro. However, before he could meet his partner, host Mónica Naranjo showcased another question that Alejandro had been asked. This revealed that Alejandro had not actually slept with anyone on ‘Love Never Lies.’ Visibly relieved, Miguel’s reunion with Alejandro was nothing short of happy, and the two were overjoyed to see each other. Alejandro promised that he would give his all to his partner from now on and that the experience had opened his eyes. 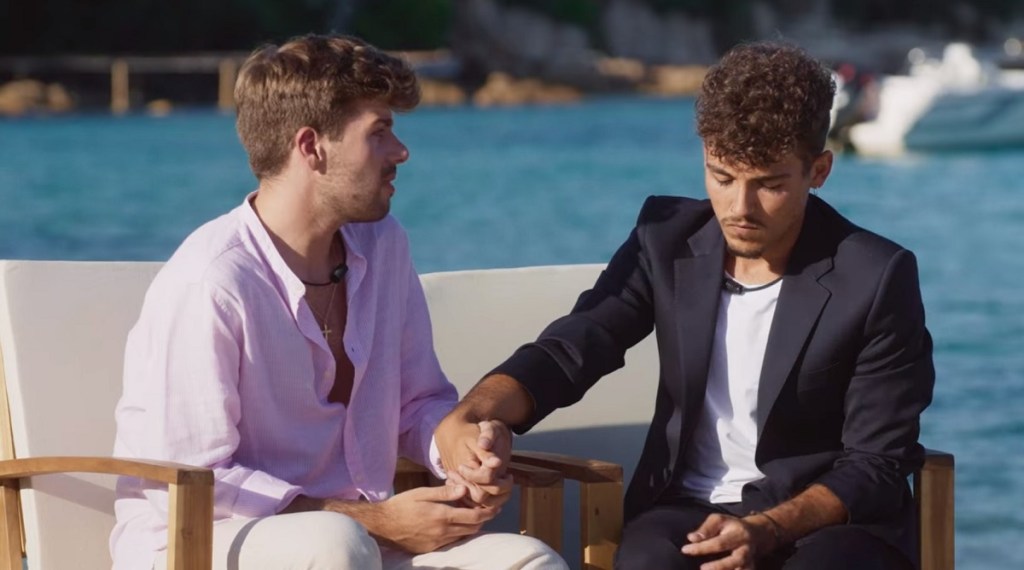 For the final truth ceremony, Miguel was asked if he was with Alejandro to avoid being alone. He firmly refuted the statement and was proven truthful. However, when Alejandro was asked if he had ever been in another relationship while dating Miguel. Though the reality TV contestant said “no,” the “eye detect” claimed he was lying. Alejandro said that meeting some guy a few times in a club and social media interactions were not equivalent to a relationship.

After this, Mónica played an audio clip of a man named David. He claimed that Alejandro had confessed to him in July of the previous year that he planned on leaving his plans of leaving Miguel at the start of the next year. However, nothing came to fruition. Alejandro once again talked to Miguel, and it seemed that the two had already discussed this person with each other. Miguel stated that they would need to talk about this a bit more.

Are Miguel and Alejandro Still Together?

We are happy to say that Miguel and Alejandro are still dating each other. The two follow each other on social media, and their Instagram profiles feature multiple pictures of their on-screen partners. Combined with the events on the show, this gives us hope that the two have been able to mend their differences and are on the path to a happy future. In fact, neither of them seems to be regretting being part of the experiment.

The show has seemingly also helped them become good friends with fellow castmates. Many of the other participants have been quite complimentary to the duo, and the overall bond seems to have resulted in positive relationships. We hope that both Miguel and Alejandro are able to find joy in their relationship and that the woes of their romantic lives soon come to an end.

Read More: Are Vicky and Inma From Love Never Lies Still Together?