Are Monica and Chief Rainwater Related in Yellowstone? 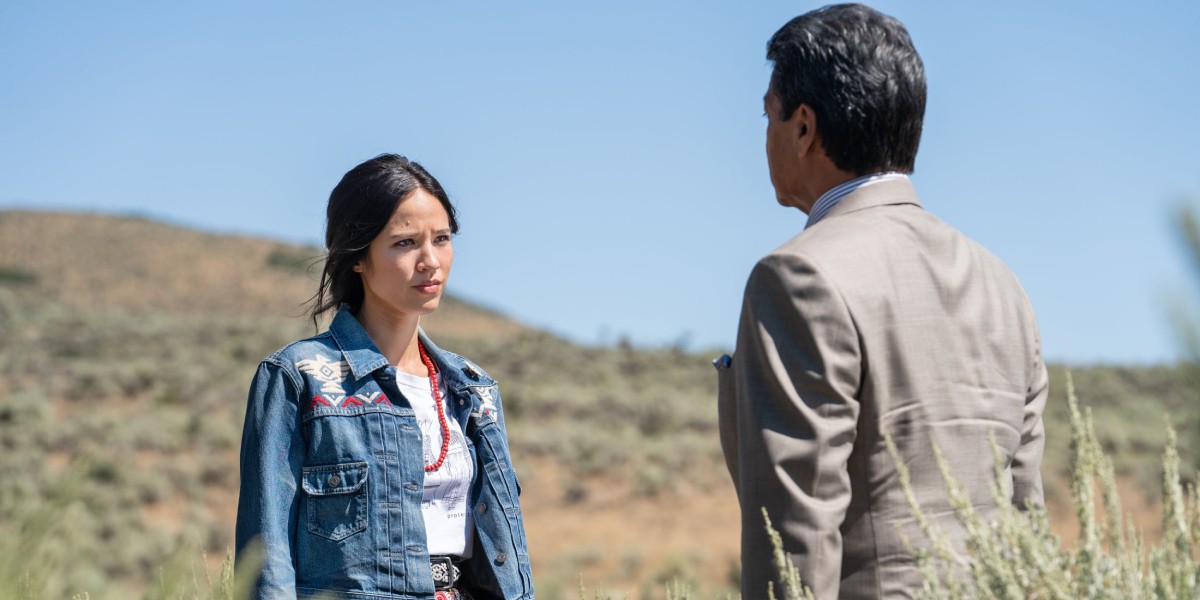 ‘Yellowstone‘ on Paramount Network continues to explore the story of the Dutton family and their allies in the show’s fifth season. While the Duttons don’t often see eye-to-eye with the members of the Broken Rock Indian Reservation, Kayce’s wife serves as the link between the two factions. In the recent episodes, Monica and Chief Rainwater seem to be sharing a close bond, and the fourth episode highlights their bond. Therefore, viewers must be wondering if Chief Rainwater and Monica are related to each other. In that case, here is everything you need to know about the connection between Monica and Chief Rainwater in ‘Yellowstone,’ here is everything you need to know! SPOILERS AHEAD!

Are Monica and Chief Rainwater Related?

In the fourth episode of ‘Yellowstone’ season 5, viewers witness the funeral of Kayce and Monica Dutton’s deceased son, John Dutton IV. Monica wishes to bury the baby on the ranch so that she can visit him whenever she feels. However, she wants the funeral to be held according to Native American customs. Monica hails from the Broken Rock Indian Reservation. 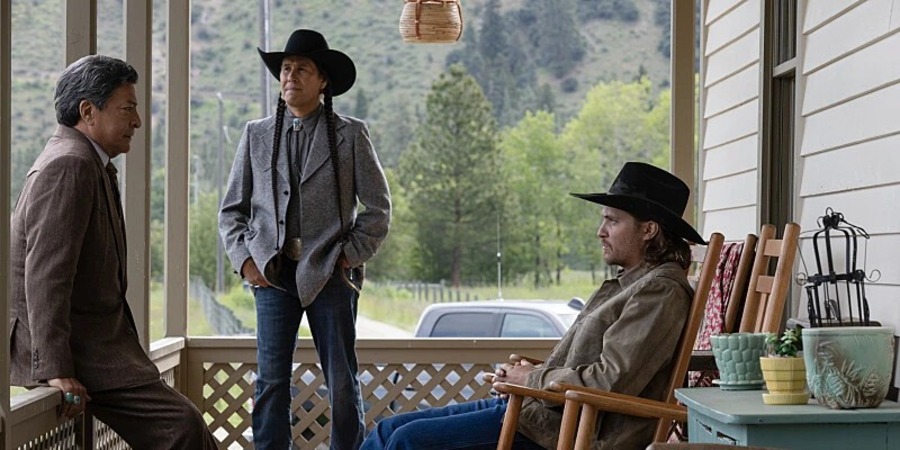 The Native American Reservation is led by Chief Thomas Rainwater, who is a constant presence through Kayce and Monica’s grief. Rainwater attends the baby’s funeral, while the other immediate relatives of Kayce are not invited or allowed near the ceremony. Not even John Dutton, Kayce’s father after whom he named his son, is asked to attend the service. Therefore, viewers must be wondering if Monica and Rainwater are related.

Monica and Chief Rainwater are two of the most prominent Native American characters in the series. However, they are not related by blood. As revealed in the show’s first season, Monica is Felix Long’s granddaughter and Robert Long’s sister. Thus, Monica belongs to the Long family and is not a Rainwater. On the other hand, Rainwater was adopted by his parents and eventually rose to become the leader of the Native American Reservation. Hence, it is safe to say that Monica and Rainwater do not share any distant biological connection.

Chief Rainwater frequently consults with Monica’s grandfather over issues faced by the Broken Rock Indian Reservation. Therefore, Rainwater and Monica are well acquainted with each other. Furthermore, Monica’s parents are said to have passed away years ago, and her grandparents likely raised her. Hence, Chief Rainwater can be seen as a father figure in Monica’s life.

In the fourth season of the series, Monica is devastated after the attack on the Yellowstone Dutton Ranch. She and Tate are traumatized by the gunfight. Therefore, Kayce moves away from the ranch with his family. Chief Rainwater helps Kayce find a house on the Broken Rock Indian Reservation, allowing Monica to return to her roots. In the latter episodes of season 4, Rainwater is a constant presence in Kayce and Monica’s life on the Reservation. Furthermore, he also arranges for Kayce to find the meaning of his frequent wolf sightings.

Rainwater’s friendly association with Monica and Kayce continues as he helps the grieving couple arrange the funeral of their dead son in the fourth episode of season 5. All things said Monica and Chief Rainwater are not related to each other. However, they share a long history and come from the same cultural background. Furthermore, Rainwater’s kindness towards Monica and Kayce adds a familial vibe to their relationship.

Read More: Who Was John Dutton’s Mother in Yellowstone? How Did She Die? Theories