What is the Significance of Kayce’s Vision in Yellowstone? Which Path Does He Choose?

‘Yellowstone‘ season 4 pits Kayce Dutton in a difficult position as he tries to make sense of a series of wolf sightings from his recent past. Kayce undertakes an arduous challenge that is meant to provide him some clarity. However, Kayce’s spiritual quest yields unexpected results in the form of a perplexing vision. Viewers must be equally baffled by Kayce’s vision in the season 4 finale. If you are looking for some insights about the meaning behind Kayce’s vision and the path it will lead him to, here’s our take on the matter! SPOILERS AHEAD!

What Is The Significance of Kayce Dutton’s Vision in Yellowstone?

In the penultimate episode of ‘Yellowstone’ season 4, Kayce discusses his frequent wolf sightings with Chief Rainwater and Mo. The duo believes there’s some connection between Kayce and the wolf. To find answers about the same, they point Kayce towards a cliff where he must survive without food and water. In turn, Kayce will receive a vision that will provide him with clarity about his doubts. 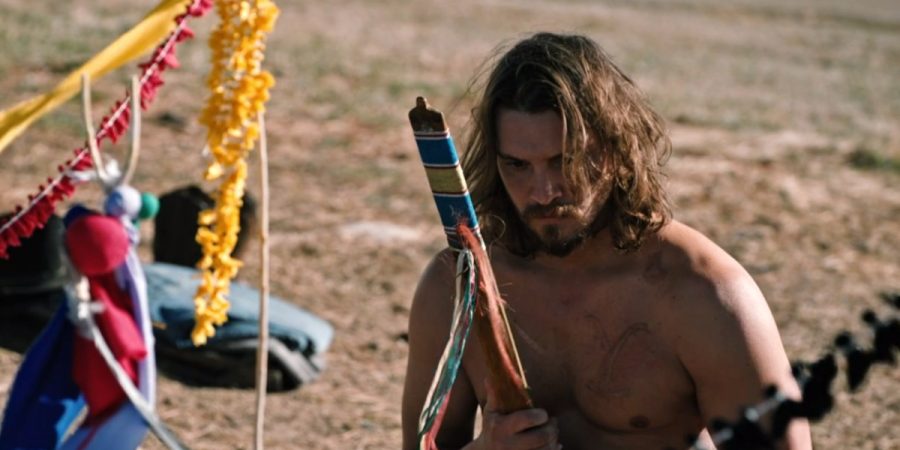 During his time on the cliff, Kayce first sees a dream about his dead brother, Lee. He then sees himself cheating on Monica by kissing Avery. Later, Kayce has another nightmare that revokes his memories about his time as a Navy SEAL. Eventually, Kayce receives the promised vision when the wolf appears to him in its human form as a woman. The woman leads Kayce to the cliff’s edge, from where he can see two paths, and Kayce must choose one path. Thus, Kayce’s vision brings about a spiritual awakening. It signifies that Kayce finally understands his purpose in life.

Which Path Does Kayce Choose?

While Kayce’s vision clearly states that he must choose one of the two paths in front of him, viewers do not get clarification about where either of them leads to. However, from Kayce’s conversation with the woman, it is evident that Kayce understands the options in front of him. From Kayce’s expression, we can deduce that the choice is difficult, and neither of the paths is easy. Nonetheless, the wolf promises to help Kayce in his journey irrespective of his choice. In the end, viewers are left in the dark about Kayce’s choice, and he returns to his family.

The ambiguity over which path Kayce chooses could be because he is yet to make his decision. After returning home, Kayce tells Monica that he saw the end of their relationship on the cliff. Assuming one of the paths leads to Kayce and Monica breaking up, it is likely that Kayce would hold off making an immediate decision. Given Kayce’s journey on the show so far, it can be said that Kayce’s purpose in life is to inherit his father’s ranch and continue his family’s legacy.

After all, Kayce has proven himself to be a capable replacement for John as the Livestock Commissioner and looked after the ranch while John was in a coma. However, Kayce’s association with the Yellowstone Ranch also puts his wife and son in constant danger. Therefore, if one of the paths leads Kayce back to the Yellowstone Ranch, it could end his marriage sooner or later. Only time will reveal more about Kayce’s decision and the path he chooses.