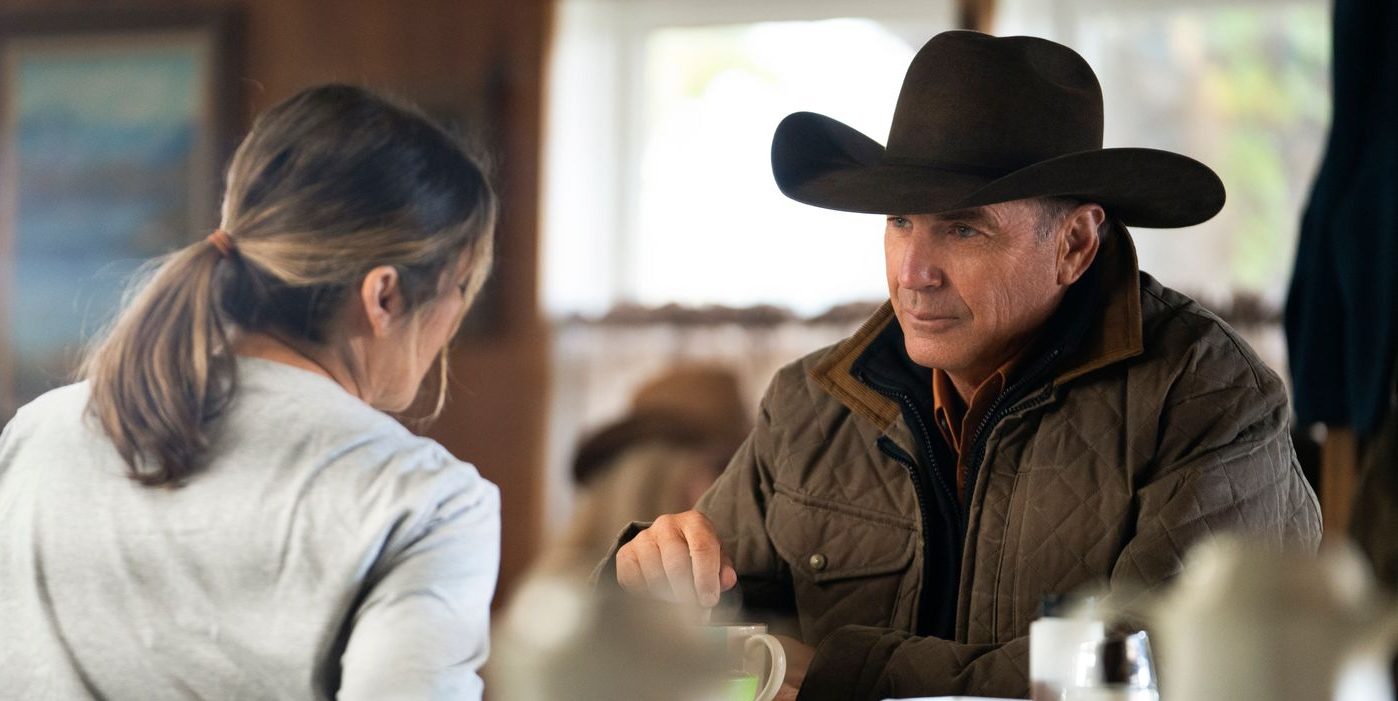 The penultimate episode of ‘Yellowstone‘ season 4 arrives with the complex task of setting up the conclusion of the season-long arcs of the various characters. Instead, the episode provides the likes of John, Beth, Kayce, Jamie, and others with some difficult choices to make. The choices will have repercussions on the season’s overall narrative, and viewers surely wouldn’t want to miss all the developments from the episode.

In the ninth episode, Beth and John have a major falling out, and their paths are likely headed apart from each other. John must take care of a complicated legal matter, and Jimmy’s relationship with Emily faces an uncertain future. There are many other exciting incidents, and we have unpacked them all for you right here! Here’s everything you need to know about the events and ending of ‘Yellowstone’ season 4 episode 9! SPOILERS AHEAD!

Episode 9 of ‘Yellowstone’ season 4 is titled ‘No Such Thing as Fair.’ In the episode, Beth tells Rip about cautioning John before heading into dangerous situations. Outside, John teaches Carter how to ride a horse. The Dutton patriarch later tells the young boy how his great-grandfather and grandfather dealt with the buffalo situation in the county years ago. After John returns home, Beth has an outburst over her father’s reckless actions and inability to act against those who attacked their family. John assures her that the person isn’t Jamie. He tells her about Riggins, but Beth is frustrated at John’s attitude over the fiasco and leaves.

Summer calls John, and he learns that his activist friend is facing a life imprisonment sentence for assaulting the law enforcement officials. John meets with Summer and her lawyer to find a possible escape route from the situation. Summer tells John that she was working on Beth’s orders. Seeing no other way out and feeling obliged to help Summer due to Beth’s role in her incarceration, John reluctantly agrees to talk to the judge and call in a favor.

Elsewhere, Jamie watches John’s heroic actions receiving praise in the media. Christina still believes that Jamie’s election campaign can be a success. However, after learning of Garrett’s past as a criminal, she begins to have doubts. Christina suggests Jamie ask Garrett to leave the town for a while. John runs into Garrett at a local diner and exchanges harsh words with him.

Jimmy meets with Travis at a rodeo event and learns that arrangements have been made for him to return to the Yellowstone Ranch. Jimmy breaks the news to Emily, and the two decide to part on good terms. John confronts Beth about using Summer as a pawn. He expresses his disappointment in her and asks Beth to spend some time away from the ranch. Beth cries her heart out as Walker sings a sad song for her in the barn. Kayce gets in touch with his spiritual side and embarks on a quest for answers about his purpose in life.

The ninth episode treats viewers to an unexpected event in the form of Beth and John’s falling out. Over the four seasons, we have seen Beth stand by John’s side through thick and thin. She shares John’s determination to protect their ancestral land and lifestyle. Therefore, the two usually see eye to eye on most matters. However, Beth using Summer for her gain and then ditching the city girl enrages John.

John strictly explains to Beth that she is wrong. Tempers and voices rise, and the confrontation culminates in John asking Beth to leave the ranch. We are unsure if Beth will leave the ranch, but some time off will surely help her calm down. She has become blind in her fight to protect her family’s legacy. John understands this and likely asked Beth to step away before she makes an even greater mistake, one that John cannot rectify.

However, Beth feels negatively about her father’s decision and could perceive it as unfair treatment despite years of commitment to John’s cause. Only time will tell what the future holds for Beth, but her story is tied to the ranch the most among all the Dutton siblings. Therefore, we cannot imagine the Yellowstone Ranch without Beth.

Why Did Kayce Go to the Hill? What Is He Searching?

In the episode, Kayce discusses a strange repeating pattern with Chief Rainwater and Mo. He tells them that every time he sees a wolf, a major development in his life takes place. The most recent example is Monica’s pregnancy. Rainwater and Mo explain the relationship between Native Americans and wolves. They speculate that the wolf is Kayce’s spirit animal and is watching over him.

However, Kayce is unsure why the wolf appears to him despite having different roots. The duo explains that he will have to undergo a stern ritual to obtain a vision in which he will receive the answer. Thus, Kayce heads to the hill in search of the answer. It is implied that the supposed vision will illuminate Kayce about his purpose in life. The entire scenario is set up to provide Kayce with a life-changing experience, and Kayce’s vision will likely fundamentally change him as a person. What Kayce will end up seeing is anyone’s guess at this point.

Read More: Is Tim McGraw’s James Dutton Dead in Yellowstone? How Did he Die?