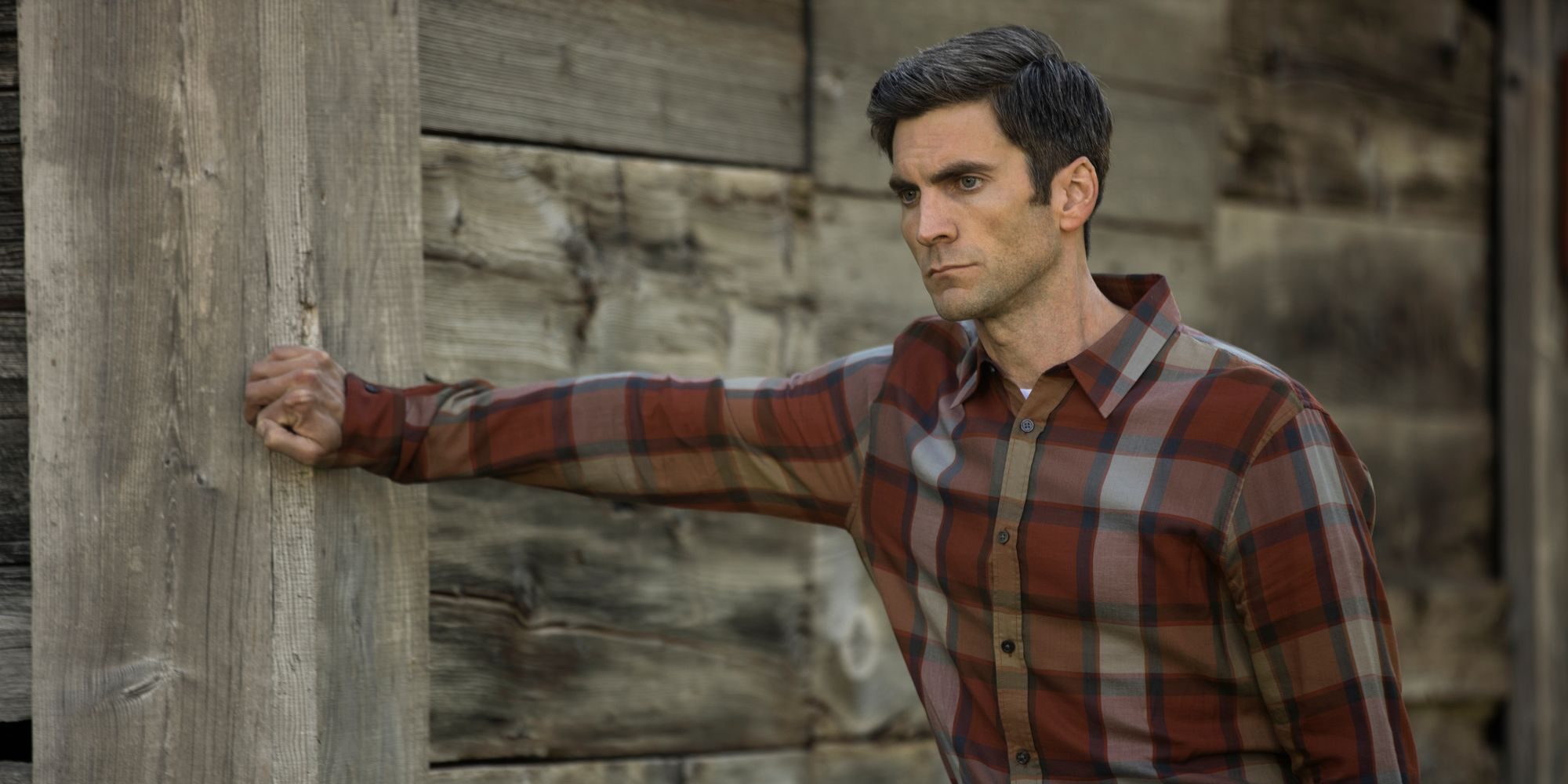 ‘Yellowstone‘ takes the audience for another fresh trip filled with twists and turns in the eighth episode of season 4. In the episode, we get a sense of the brewing conflicts in Montana in the aftermath of John announcing himself as a candidate for the position of Governor. Elsewhere, Jamie prepares to retaliate while Beth tries to curb Market Equities’ presence in the region.

There’s also a somber flashback and a pinch of good news that continues to expand the Duttons’ saga in the past and present. Without wasting any more time, allow us to unpack the biggest reveals and that decisive ending of ‘Yellowstone’ season 4 episode 8! SPOILERS AHEAD!

The eighth episode titled ‘No Kindness for the Coward’ opens with a flashback to James Dillard Dutton’s life in Montana during the early years of the Yellowstone Ranch. His wife, Margaret, and two sons, John and Spencer, have dinner while James tries to catch a group of horse stealing bandits. Moving to the present, Jamie ponders whether he should compete in the upcoming Governor elections against John. He is worried that Garrett’s connection to him and the attacks on the Duttons will come into the spotlight if he joins the race. However, on Christina and Garrett’s insistence, Jamie considers opposing John’s candidacy. 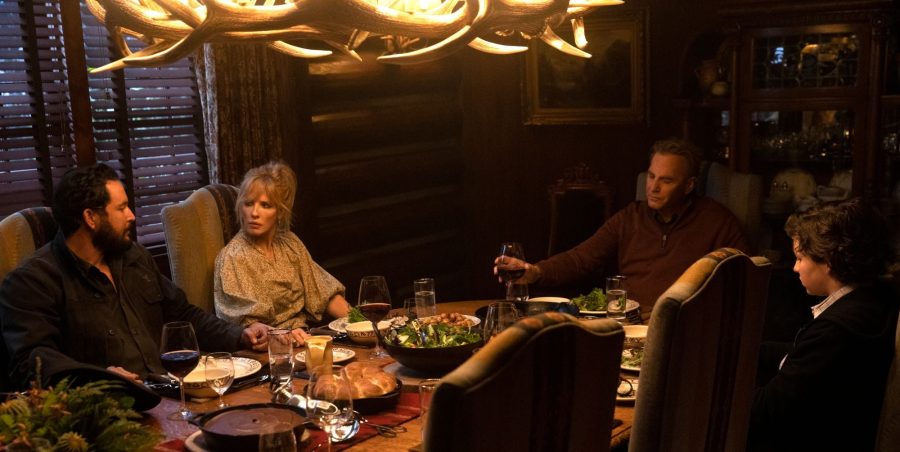 Rip and  Beth move into the Log cabin, much to John’s delight. However, the conversation quickly turns sour when the family gathers for dinner, and Beth storms out. Rip convinces Beth to return to the table, and the family, including Carter, has a nice dinner. At work, Beth must deal with Caroline’s concerns over the protest against the airport construction. Beth suggests tactfully removing the media from the site and then using brute force on the protestors. However, Beth tips off the press with the protest leader, Summer’s help leading to a lot of negative media coverage for Market Equities.

Jimmy and Emily go on a date and grow closer to each other. Meanwhile, Monica shares some good news with her family. She reveals that she is pregnant, and Kayce is overjoyed by the news. John and Rip load a batch of bulls and transport them to the town. During their trip, John wishes to speak with Sheriff Haskell and figure out a way of quietly killing Riggins, the man who organized the hit on the Dutton family. However, when John and Rip reach the diner where they are supposed to meet Haskell, Rip notices something is off. Rip and John quickly deduce that it is a hostage situation and armed robbers are trying to loot the place. The pair of cowboys leaps into action to save the innocent people.

Yellowstone Season 4 Episode 8 Ending: Do John and Rip Save the Hostages? Is Haskell Dead?

During the climax of the episode, Rip and John decide to tackle the situation at the diner themselves. John sneaks in from the back while Rip quietly approaches the entrance. John spots the goons holding the diner patrons hostage. He opens fire on them. Sheriff Haskell, who is also present inside the diner, fires at a goon across him but gets shot in the process. Rip takes out one of the goons and, together with John, finishes off the last man standing. The hostages are saved, but Haskell is critically wounded. 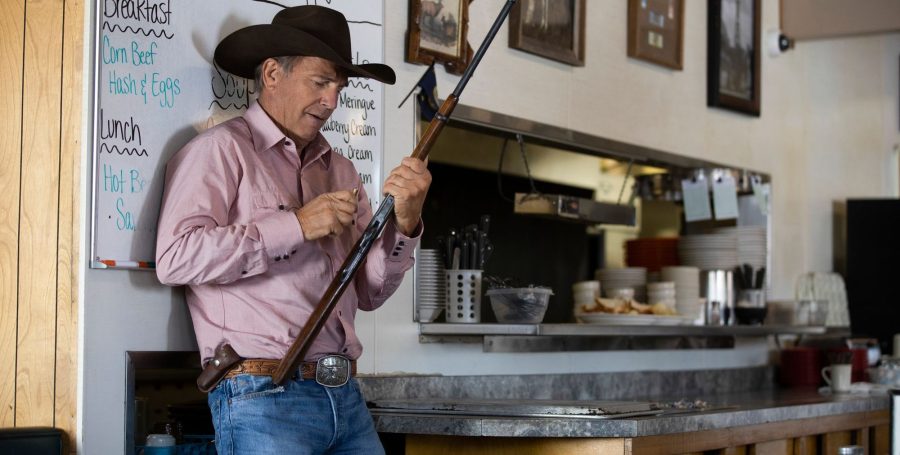 John checks upon him, but Haskell knows he does not have a lot of time left. Haskell calls his daughter, but before he can speak to her, he passes away. In the end, Haskell dies trying to save innocent lives. However, the role of John and Rip in the situation may or may not have an adverse effect on John’s political ambitions. While some might see him as a hero, others might demand stricter gun laws after the incident leading to a divisive opinion on John as a candidate for Governor.

Why Did Jamie Call John?

While John and Rip are on their way to the town, John receives a call from Jamie. Jamie wants to meet up with John to discuss an important matter. However, the episode does not reveal what Jamie wishes to say. Jamie wants to discuss the matter by meeting John in person but at a place away from the ranch. Nonetheless, John insists that Jamie come to the ranch and ends the call. 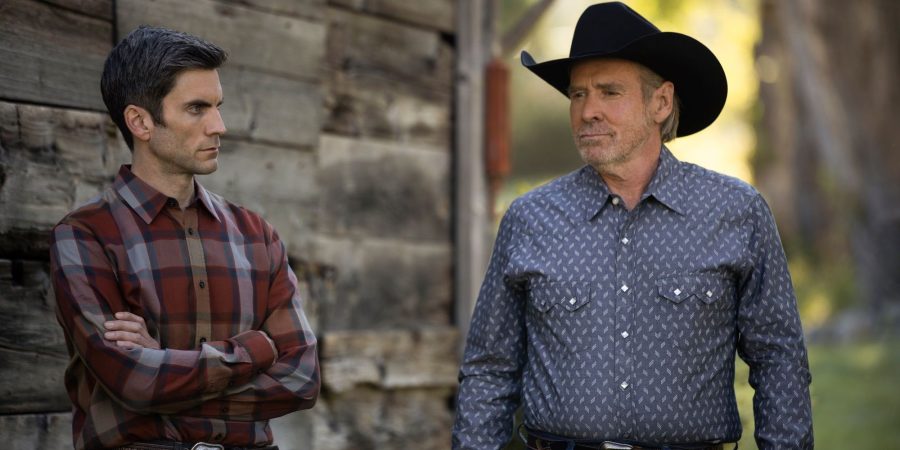 It is possible that Jamie has made up his mind about running against John and wants his adopted father to learn the news from him. It is unlikely that Jamie will reveal any information to John about Garrett’s involvement in the attacks on the Duttons or his baby. Jamie is certainly beyond the point of seeking redemption in John’s eyes. Therefore, in his meeting with John, Jamie could draw the battle lines with his adoptive family.

How Did James Dutton Die?

In the episode’s cold open set in the past, viewers get to see an early iteration of the now vast empire that is the Yellowstone Ranch. By the start of the series, James Dillard Dutton, the first generation Dutton family member who established the ranch, is long gone. However, viewers are only just starting to learn about him through the prequel series ‘1883.’ In the eighth episode, a flashback sequence depicts the death of the first generation Dutton patriarch. 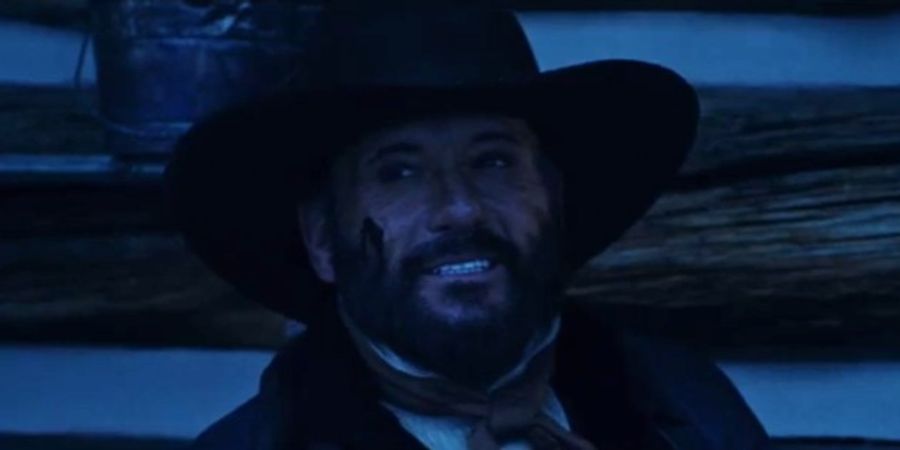 James and a couple of his subordinates are chasing a group of horse stealing bandits through the woods. James and his men find the bandits and engage in a shoot-out with them. James kills all the bandits except for one. He hangs all the bandits by a tree as a message for anyone who indulges in outlaw activities in the region. However, after his triumph, James reaches home and realizes that he has also been shot during the gunfight. James quickly succumbs to his wound and passes away. He leaves behind a vast legacy, but more importantly, a sense of justice that is carried forward and represented by John’s actions against the thugs in the present.