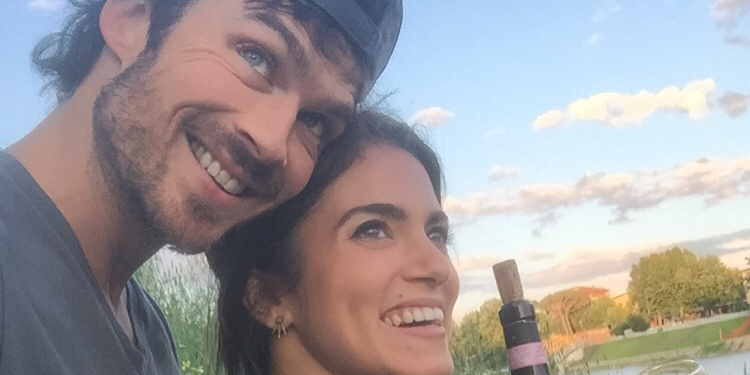 Nikki Reed is an actress and screenwriter who came into the limelight with her film ‘Thirteen’ and is best recognized for playing the vampire Rosalie Hale in ‘The Twilight Saga.’ She is seen alongside Ian Somerhalder in the science-fiction horror series ‘V Wars.’ Ian is an actor and activist who is known for portraying one of the most famous vampires in popular culture, Damon Salvatore, in ‘The Vampire Diaries.’

Nikki and Ian sent their fans into a frenzy when they tied the knot in April 2015. However, it has been hard to ignore the tittle-tattle about the couple’s separation that resurfaces every few years. Naturally, fans are curious to know if the star couple is still going strong or has their love for each other fizzled out over the years. Here is everything we know!

Nikki was introduced to Ian in the mid-2000s by a mutual friend, and the two had been great friends since then. The news about them dating began circulating in mid-2014, and soon their relationship was made official. The couple adopted a horse and moved in together only a few weeks later. They announced their engagement in February 2015 and finally got married on April 26, 2015, at Topanga Canyon, near Malibu, California.

Soon after their wedding, Nikki shared in an interview that their relationship is based on friendship and a shared passion for helping others. Nikki was married to singer-songwriter and former ‘American Idol’ contestant Paul McDonald from 2011 to 2015. The former couple announced their separation in March 2014 after having spent more than six months apart due to “work obligations.” Their divorce was finalized in January 2015.

As for Ian, the fans may remember that he dated his ‘The Vampire Diaries’ co-star Nina Dobrev for three years before they broke up in 2013. Therefore, Nikki and Ian’s relationship is incredibly special since they were together for less than a year before getting engaged. Ian set up the Ian Somerhalder Foundation in 2010, and the star describes the organization’s mission to be what he and Nikki believe to be their “cores.” The foundation primarily works on environmental conservation, youth empowerment, and animal welfare.

Unfortunately, over the years, talks about their alleged divorce have been doing the rounds. In October 2020, rumors resurfaced once more for various reasons. The actress has been seen without her wedding ring in several pictures, and she supposedly removed the word “wife” from her bio on Instagram. Internet users also noticed that Nikki and Ian are barely seen on each other’s posts on social media. So are Nikki and Ian still going strong, or is their trouble in their paradise?

Yes, Nikki and Ian are still married to each other, and April 2021 will mark six years of their marriage. Apart from their passion for giving back to the environment and their community, another thing that the two have in common is that they do not hold grudges. In fact, Nikki and Ian are on good terms with their respective exes. In 2017, Nikki even put up a post on Instagram, slamming the critics for spreading rumors about Nina Dobrev being the cause of friction in the couple’s marriage.

Dobrev was asked about her friendship with the couple in 2019. The actress reiterated that she doesn’t think it is weird for her to be friends with them. Dobrev also added that she is happy for them and their “beautiful baby.” Nikki and Ian’s daughter Bodhi Soleil Reed Somerhalder was born on July 25, 2017. The lovely couple put family above everything else and wanted to enjoy their time with their newborn. This is why they spent a “month of silence” soon after Bodhi’s birth so that they could be “fully present.”

During this period, they did not entertain any visitors and even switched off their phones. They are often seen appreciating each other publicly. While Ian considers his wife “a powerhouse and an inspiration,” Nikki believes him to be the “most giving spirit.” Below is a picture from March 2021 of Nikki and her brother taken by none other than Ian Somerhalder! Therefore, we can confidently put aside the idle chatter about their separation. The power couple is glued together by their deep admiration and respect for one another while they walk hand in hand to do whatever they can to make this world a better place.