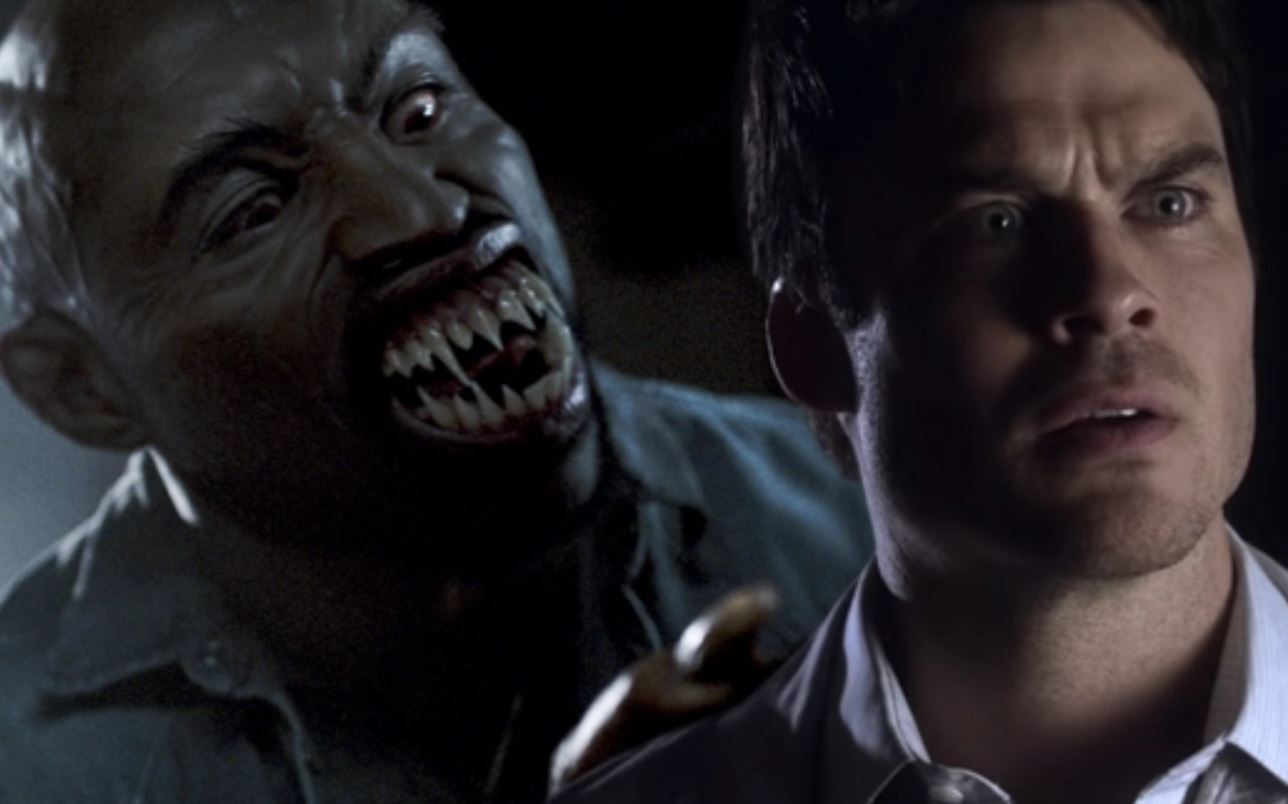 ‘V-Wars’ is a Netflix show that is part science fiction and part vampire fiction story. It is set in a fictional world wherein an ancient disease turns people into vampires. The show follows a doctor who is forced to go up against his best friend who has been infected and will soon turn into a vampire.

The Netflix series is an addition to the long list of vampire movies and television shows, generally adapted from novels or comic books. However, the streaming platform’s banner behind it is what has made it promising. If you are looking for similar shows about non-human entities battling and/or co-existing in a world with normal humans, the following series should not be missed. You can watch several of these shows like V-Wars on Netflix, Hulu or Amazon Prime. 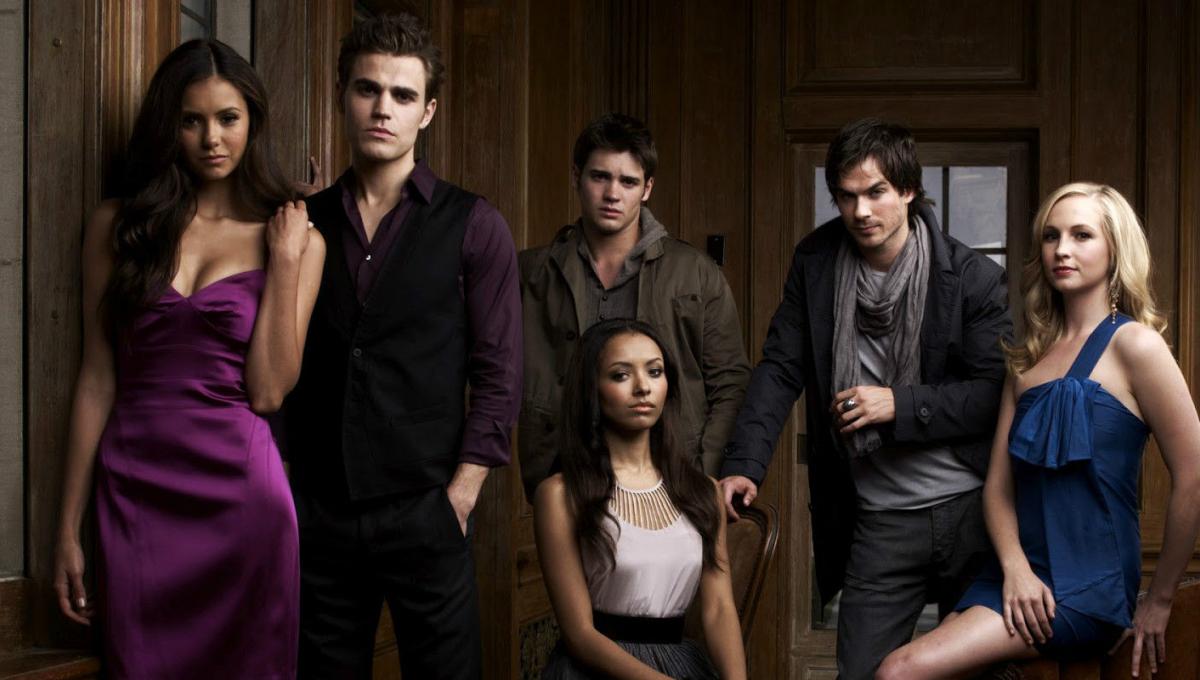 ‘The Vampire Diaries’ is one of the most popular vampire television shows out there and enjoys a passionate fan-base. However, apart from vampires existing in a human world, there is not much in common between this show and ‘V-Wars.’ Although, fans might enjoy the drama involving a central character’s love interest for a vampire which explores similar themes to ‘V-Wars’ as the latter focuses on two best friends whose bond gets tested when one them turns into a vampire. ‘The Vampire Diaries’ is appreciated for its addictive nature and a promising premise. 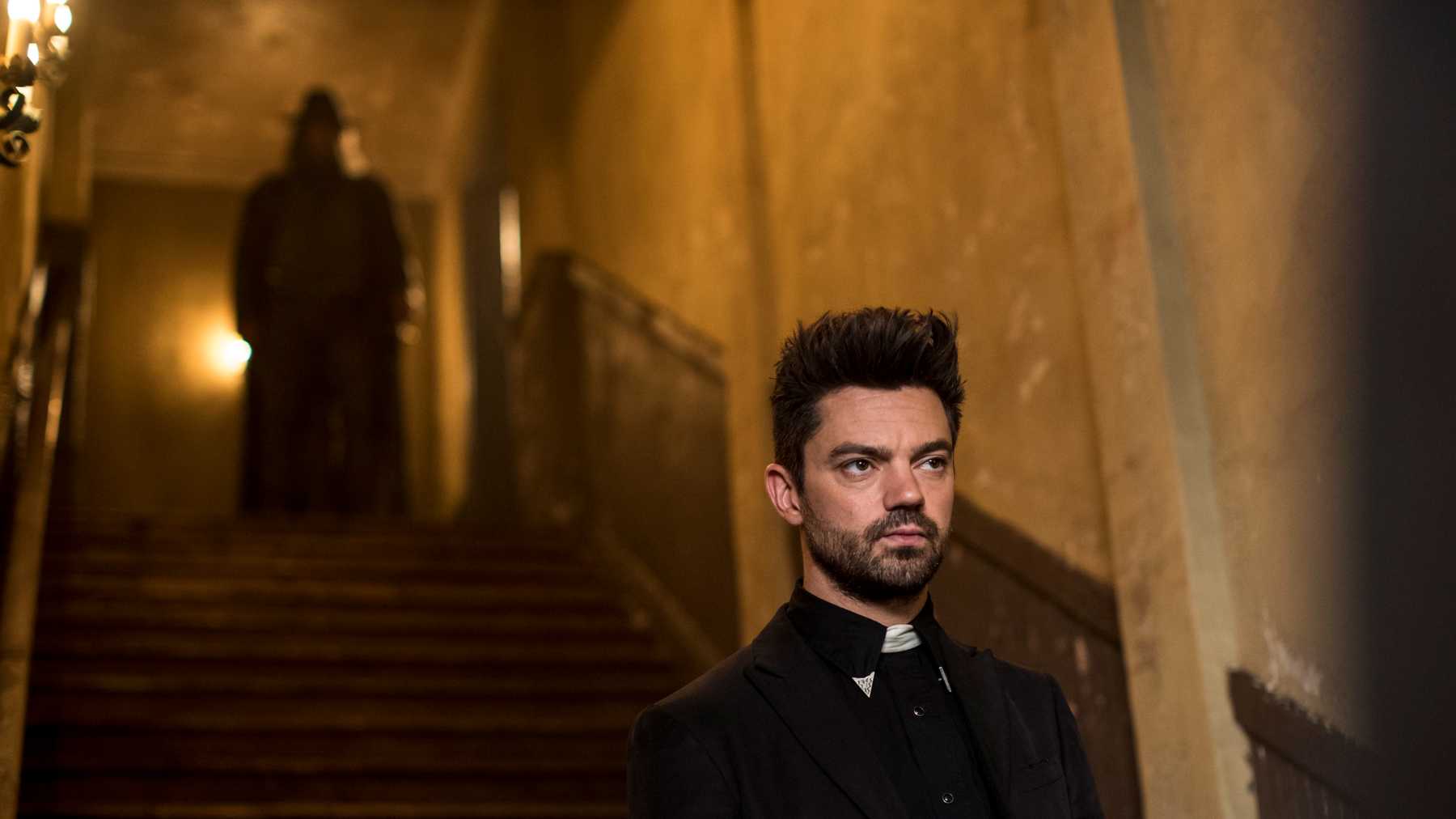 ‘Preacher’ is a series that celebrates its outlandish gore and freaky visuals. Based on a comic book series of the same name, it follows the outlaw, Jesse Custer who returns to his hometown in West Texas to take control of his father’s church. However, he gets possessed by a supernatural force that grants him an unconventional superpower. Then, he embarks on a quest to find God with his troublesome girlfriend and an Irish nomad. Along the way he meets angelic, demonic and in-between characters. The show is praised for its stunning visuals and tight storytelling.

The fictional, supernatural world created becomes grander with each passing episode and fans of ‘V-Wars’ will certainly enjoy this effective merger of the fantastical into the real world. Seth Rogen is one of the creators of the show and it stars Dominic Cooper from ‘Mamma Mia!’ in the leading role. 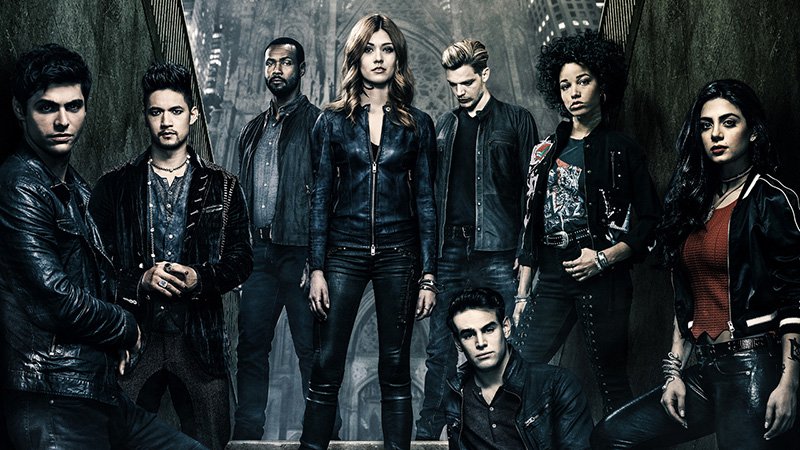 ‘Shadowhunters’ is yet another supernatural drama series that features vampires and werewolves and a fictional world wherein fantastical creatures reside alongside humans. Plus, it is another adaptation of a popular young adult novel series, ‘The Mortal Instruments’ which also spurred a movie in 2013. The show follows Clary Fray who discovers that she is a descendant of a long line of human-angel hybrids known as the Shadowhunters who are responsible for hunting down demons. However, things take a turn when her mother is kidnapped by her ex-husband who leads a group of rogue Shadowhunters.

Clary’s quest to find her mother makes her embark on a mission, navigating through a world resided by supernatural creatures. Unfortunately, the show ended this year and has not been renewed despite massive efforts by fans that included a plane being flown over the Netflix headquarters with the banner, “#SavetheShadowhunters.” 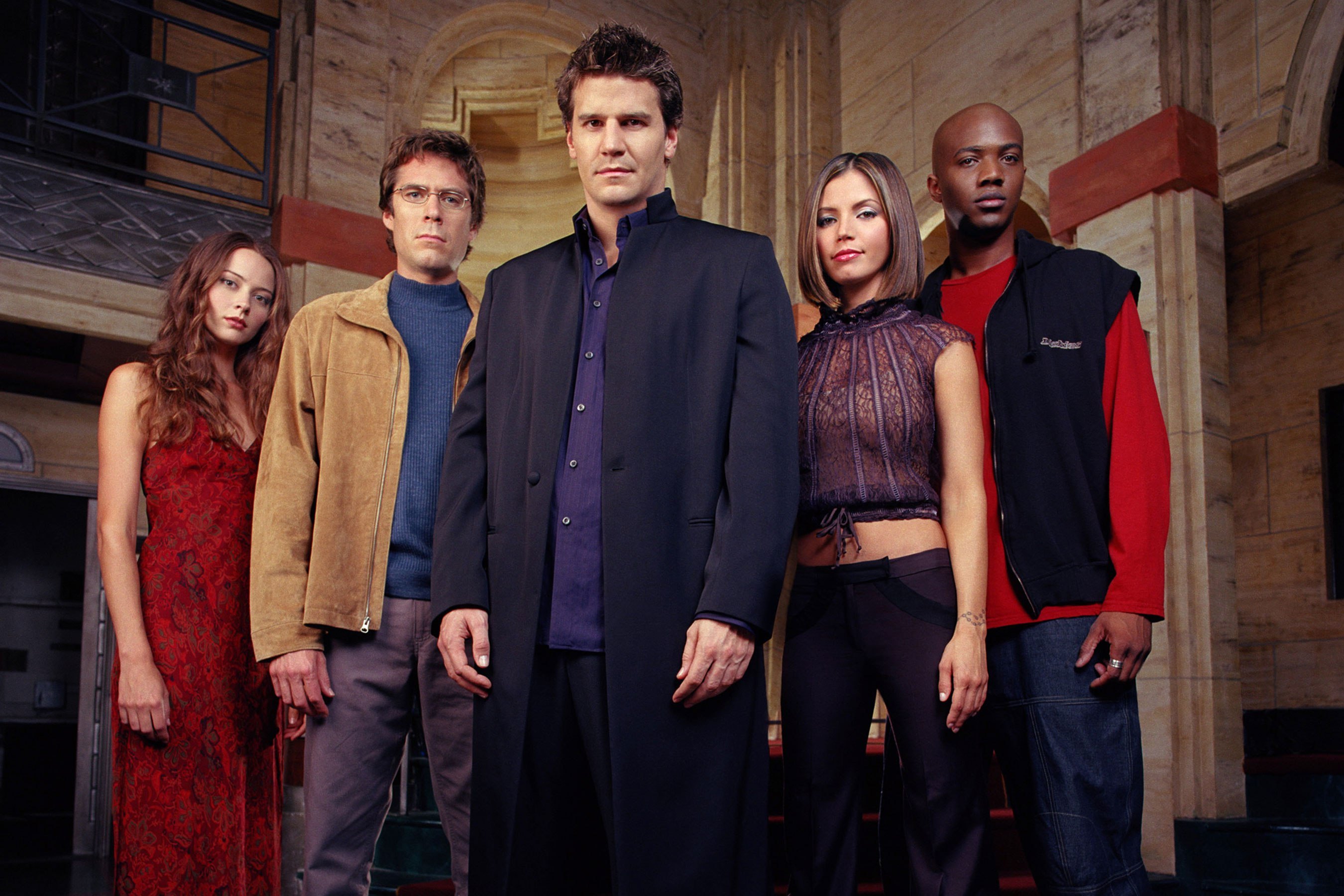 ‘Angel’ continued the universe of ‘Buffy the Vampire Slayer,’ an incredibly successful show that has become ingrained in American media culture. It follows the vampire, Angel who was shown to be Buffy’s love interest. The show picks up after Angel’s soul is restored by gypsies as a form of punishment. Restored to life, Angel’s soul torments him with guilt over his past murders and tortures of innocent people. He starts working as a private detective to help people who have lost their way.

Like ‘Buffy the Vampire Slayer,’ the show follows a serialized format wherein Angel has to battle a new antagonist each episode in a self-contained narrative. However, the sole reason that ‘Angel’ was chosen in this list over ‘Buffy the Vampire Slayer’ is that the show’s overarching narrative is that of a prophesied apocalypse and the battle between the good and the evil (the latter is shown to be represented by an evil law firm that Angel fights). Hence, this show has more in common with the doomsday like situation shown in V-Wars. 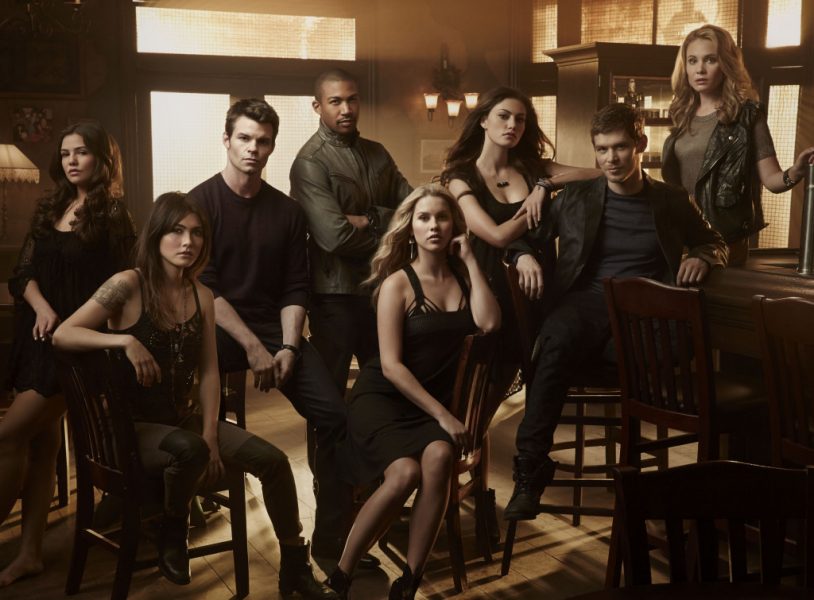 This 2013 series is a spin-off of ‘The Vampire Diaries’ but it is quite different from its angsty, romance-centered original. The show follows a fictional family of vampires from which all other vampires are shown to have descended. Its protagonist, Klaus Mikaelson is a vampire-werewolf hybrid who decides that his family must fight for their originally held power from his former protégé. The show is not all action or all melodrama like several vampire shows are. Instead it focuses on supernatural politics and more nuanced family drama. 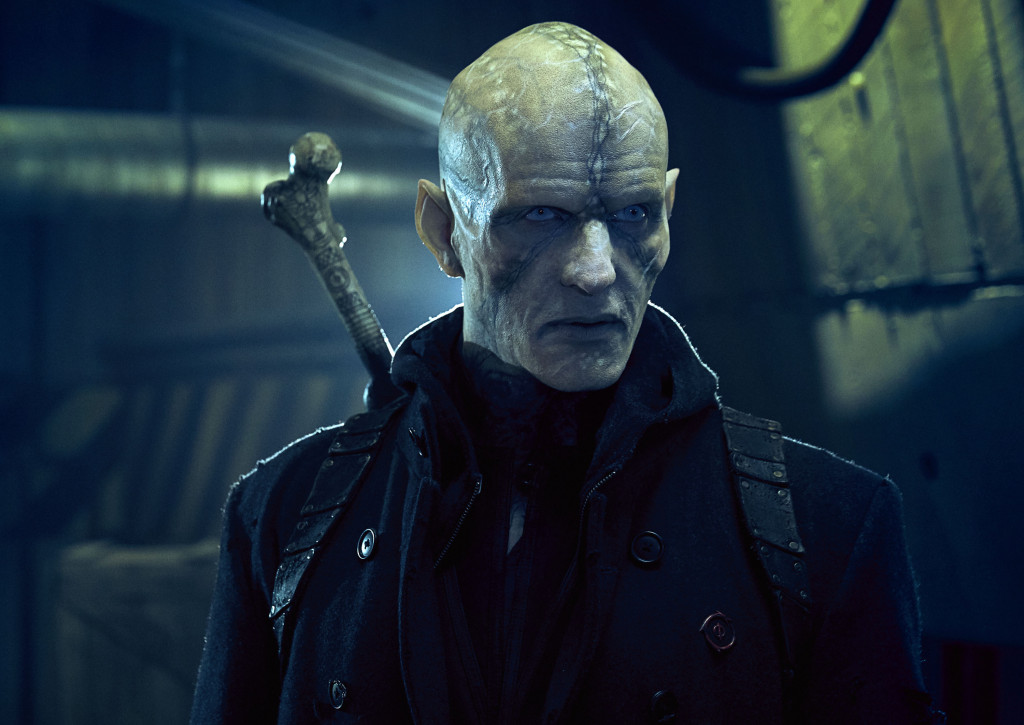 ‘The Strain’ is a show created by the acclaimed director, Guillermo del Toro based on a trilogy of novels of the same name. Just like ‘V-Wars,’ this show’s central premise is also one regarding a war between humans and vampires. Moreover, these vampires are also shown to be creations of a viral outbreak. It follows Dr. Goodweather, the head of the Canary Project who is asked to investigate an airplane landing where everyone on-board is reportedly dead.

Yes, we are aware that this show is about zombies and not vampires. The series revolves around human survivors trying to rebuild society after a zombie apocalypse. The epic story does not directly function as a war between humans and supernatural entities, but it feels similar due to the show’s dystopian premise. ‘The Walking Dead’ is considered to be an excellent study of the human condition and society and the series’ post-apocalyptic worldbuilding is extremely ambitious and one that has set the bar very high for similar stories.

If ‘V-Wars’’ grand, world-changing premise of a war between humans and vampires is to continue being successful, it will have to match the painstakingly epic world-building of ‘The Walking Dead.’