Are Sergio and Sara From Who Likes My Follower Still Together?

Netflix’s ‘Who Likes My Follower?’ AKA ‘¿A Quién Le Gusta Mi Follower?’ is a Spanish dating series with a unique premise. The reality show follows three well-known social media personalities as they help find one of their followers in their quest for love. The followers are introduced to several potential partners, and the participants must eliminate them one by one in order to find their romantic partner. However, the task is far from simple, and the sheer number of hopefuls is bound to cause some entertaining drama.

Season 1 of the Spanish series introduced several new people to the viewers, though only a few found happily ever after. Fortunately, Sergio Mengual and Sara are one such couple whose journey had a heartwarming ending. Given the release of the show’s premiere season, fans are curious to know just how the couple is doing presently. Luckily, we have the answer for the same!

Sergio and Sara’s Who Likes My Follower Journey

Sergio was one of the three followers who entered the show with hopes of finding a romantic partner and was mentored by the phenomenal Jedet. Given his background as a psychology student, Sergio was better known as “The Psychologist” or “El Psicologo.” Based on first impressions, Sergio had to choose 7 of his 12 mini-dates in the competition and super-like one of the chosen participants. His choice of honor turned out to be none other than the beautiful Sara AKA Saryy. 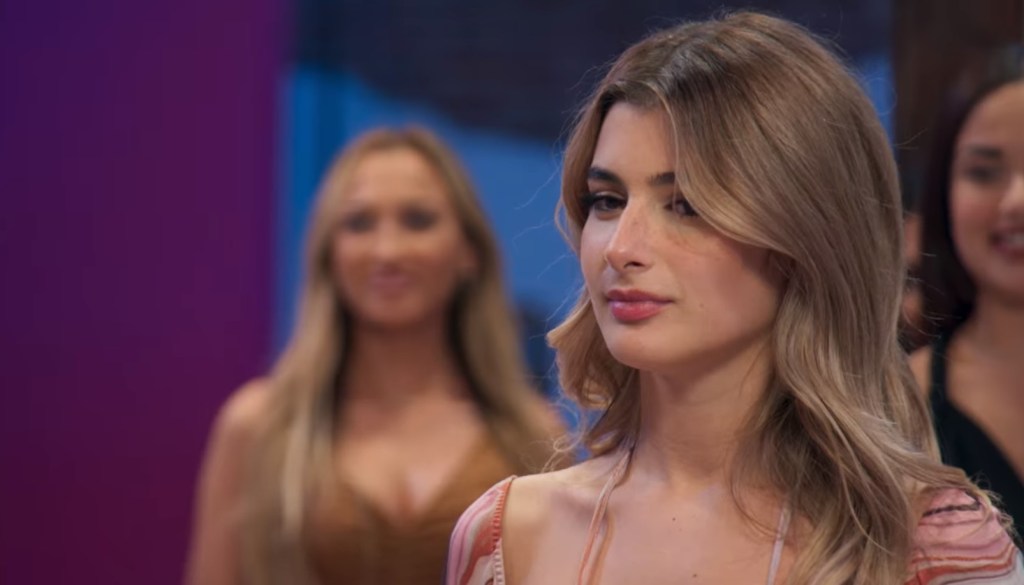 When host Luján asked Sergio what he would like to do with the person he super-liked, Sergio said he wanted to play a game where if Sara said “yes” to any of his questions, she had to give him a peck. However, Sergio tricked Sara by asking if she understood the game, to which Sara responded in affirmation, which ended up costing her the game. Despite this, Sara refused to follow through on her end of the bargain as she believed that Sergio had not deserved it.

During the next group date to the gym, Sergio took Paula into the lockers for a private conversation, which bothered Sara and the other girls. Sara ended up interrupting their conversation, and after some time, she and Sergio were alone in the lockers, though Sara still did not kiss him. After the photoshoot task, Sergio ended up falling for Sara’s confidence and decided to go on a small date in the dressing room with her.

During the elimination, Sergio once again super-liked Sara. This coincided with Sergio’s attempts to leave his old ways behind and embrace his so-called “loveboy” side with the help of Jedet. After this, Sergio’s interactions with Paula increased, leaving Sara confused about her place in his circle. Things escalated when the show moved location to Benidorm, Spain, and saw the return of Ángela, who was eliminated in the second episode of season 1. 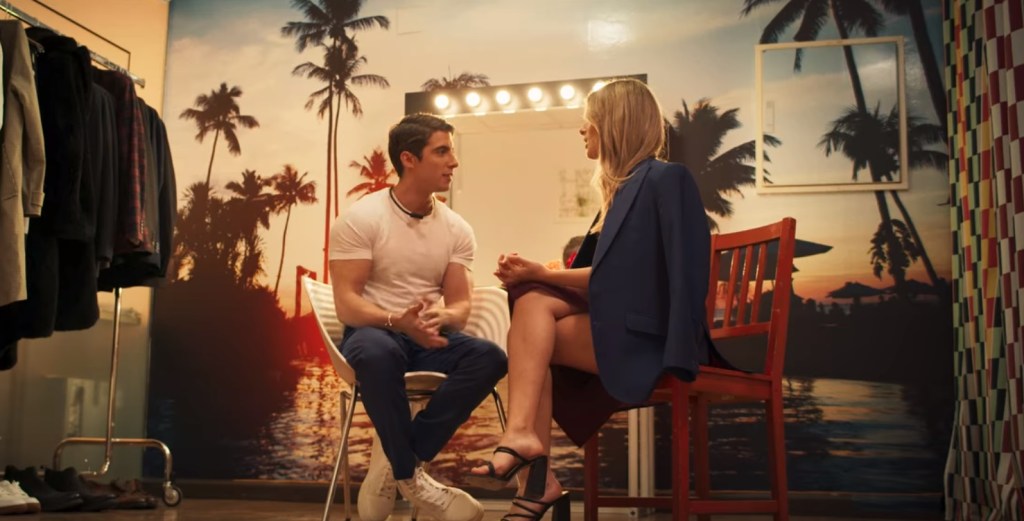 Sara was once again incensed about how much she meant to Sergio when he showed favor to Ángela. When Jedet asked Sergio who he would want to take on a vacation date with, he chose Paula, much to Sara’s anger. However, when Sergio said that he wanted to do the fake proposal task with Sara because he had not been able to spend time with her, she refused him, saying she did not want to spend time with him out of pity.

During the final eliminations, Sergio chose Sara as his final romantic date, much to her surprise. During the date, the two had an amazing time together, with Sara marveling over his growth on the show. When the time came for Sergio to choose between Paula and Sara, he went with Sara as he had a better connection with her. Both of them were quite happy to be together, with Paula wishing them the best. So have the two stayed strong since their time on the show, or have they split apart? Luckily, we have the answers.

Are Sergio and Sara Still Together?

As of writing, Sergio and Sara have decided to keep the current status of their relationship brushed under the carpet. Having said that, the two are indeed following each other on their social media platforms, which indicates the possibility of an amicable relationship between the two. This is likely to give those rooting for the two high hopes regarding the nature of their relationship. After all, despite the ups and downs throughout their journey on the show, Sergio and Sara managed to stick together and come out together by the end of the show.

On their professional front, Sara is a Fashion Model and has an impressive following on Instagram and TikTok. She is also a content creator on OnlyFans, which provides exclusive content to those who pay her the platform subscription fees for the same. Meanwhile, Sergio, too, is working as a social media influencer, though his presence is bigger on TikTok than it is on Instagram. The reality TV star is affiliated with Streik Management, which aims to provide social media influencers with good brand deals. We wish the two the best in their lives and hope for their success in their future ventures.

Read More: Are Apolo and José From Who Likes My Follower Still Together?