Are The Ultimatum’s April and Colby Still Dating?

How difficult is it to witness one’s partner living with someone else? Are eight weeks enough to change one’s mind about getting engaged? Netflix’s reality series ‘The Ultimatum: Marry or Move On‘ tries to answer such questions through its interesting premise. The show brings together six committed couples, each containing an individual who has issued an ultimatum, compelling their partner to get married or separate within eight weeks. However, during the decision period, each participant is allowed to choose a different partner from any of the other couples in order to put their commitment to the test.

Colby Kissinger and Madlyn Ballatori had been dating for over a year when they joined the social experiment. Yet, she seemed unsure about their union, which forced Colby to issue her an ultimatum in season 1. Similarly, April Marie issued an ultimatum to her boyfriend, Jake Cunningham, when he mentioned that he was not ready for marriage. But once Colby and April met, they seemed pretty comfortable with each other, making fans wonder if their relationship worked out. Well, let’s find out, shall we?

Colby and April’s The Ultimatum: Marry or Move On Journey

Although Colby appeared quite dedicated to Madlyn and wanted to settle down with her, it was her who was not confident that it would be a good idea. She did not believe in having a single partner for life, and hence, Colby issued her an ultimatum. On the other hand, April was looking forward to settling down and starting a family with her boyfriend, Jake Cunningham. However, Jake mentioned that he still wanted to explore new things and get more financially stable before taking the next step in their relationship. That scared April, who then brought him into the experiment hoping that it would result in a proposal. 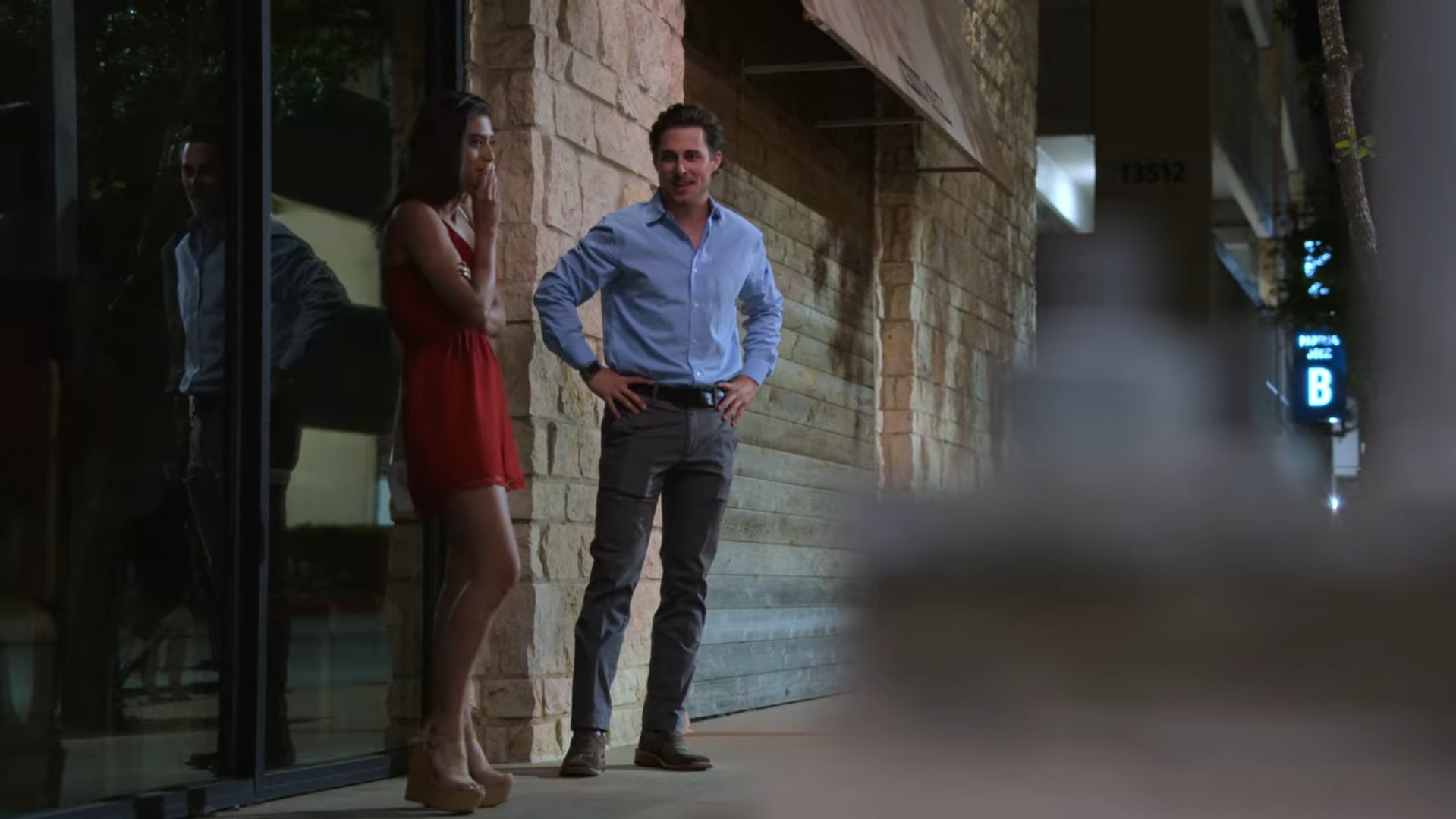 Interestingly, both April and Colby seemed quite open to the experiment and were quick to take to each other. April later hinted that Colby was not her first choice, yet she went with what fate had in store, and the two decided not to let the opportunity go to waste. Although the pair appeared extremely comfortable with each and developed a beautiful friendship, the lack of a romantic connection was quite apparent. April kept pining for Jake, and at one point, it seemed like she was going to opt out of the experiment.

Interestingly, once April got the opportunity to go back to Jake, she realized that he was not the same person he used to be. During the experiment, Jake met Rae, with whom he developed an incredible bond. Going back to April after being with Rae proved quite challenging for him. As for April, she felt disappointed and dejected at not being able to give her partner what he wanted from a relationship. Thus, with no one else to fall back on, April seemed quite lost, and her fate remained uncertain until the last day. So, what happened to April and Colby?

Although April and Colby began a wonderful friendship during their time on the show, their connection lacked the spark. Besides, April was desperate to go back to Jake and was not able to give the experiment an honest shot. However, her relationship with Jake seemingly fell apart, as he expressed strong feelings for Rae. Jake is not even following April on social media at present.

Jake and April’s supposedly failed relationship raised hopes for the April and Colby fans. But with no romantic connection between the two, it is unlikely that April and Colby continued their romance after the show. Nevertheless, it looks like April has maintained an amicable relationship with Colby as she still follows him on social media.

Read More: Are The Ultimatum’s Shanique and Zay Still Dating?