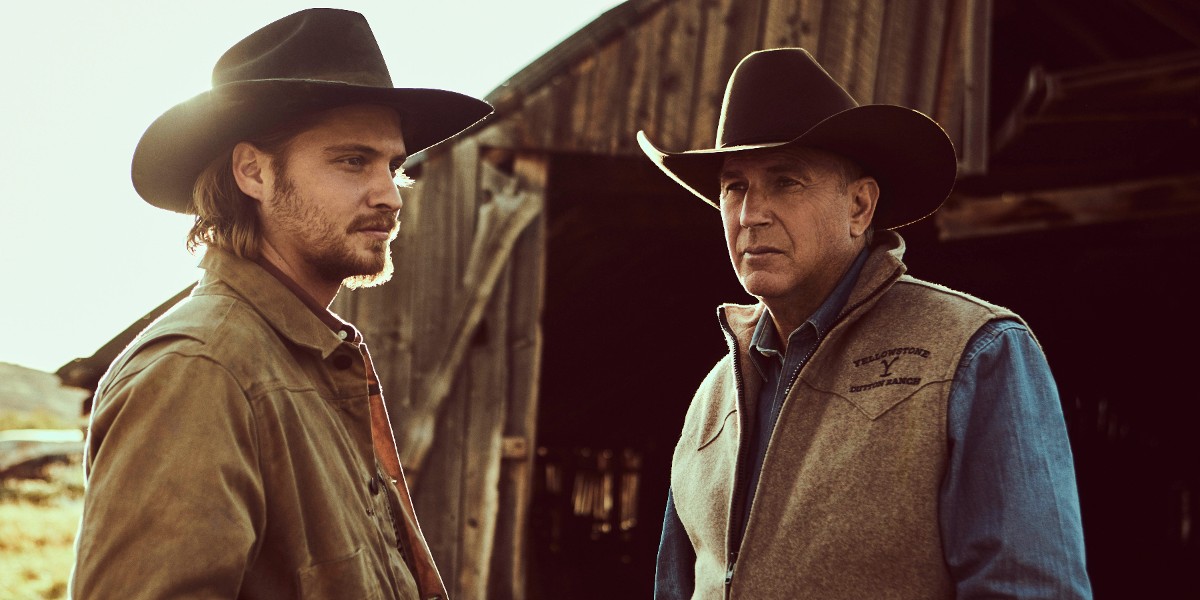 The Duttons are the protagonist of ‘Yellowstone‘ a Western drama series created by Taylor Sheridan. In the present day, the family owns the Yellowstone Dutton Ranch, the largest ranch in the United States. Meanwhile, the family’s origin and legacy are sketched out in the prequel shows ‘1883’ and ‘1923.’ Over six generations, the family has fought to protect their land and has defined Westerinsm and cowboy culture for over a hundred years. Therefore, viewers must be wondering about their ethnic heritage and cultural background. If you are wondering where the Duttons come from, here is everything you need to know! SPOILERS AHEAD!

Are the Duttons Scottish or Irish?

The Dutton family’s background is first mentioned in the parent series ‘Yellowstone.’ In the series, it is stated that the current Dutton patriarch John Dutton III (Kevin Costner), is the fifth generation of Dutton ranchers to live in Montana and look after their ancestral Yellowstone Dutton Ranch. However, we do not learn more about the family’s background and arrival in Montana until the prequel series.

In ‘1883,’ James Dillard Dutton, his wife, Margaret Dutton, and children, Elsa and John Dutton, set out on a journey across the Great Plains. Before traveling West with Shea Brennan’s caravan, the Duttons lived in Tennessee. However, due to Western expansion and growing poverty in Tennessee, the Duttons decide to search for new pastures following the end of the American Civil War. After traveling across the Great Plains, the Duttons arrived in Montana and settled there.

The second prequel show ‘1923,’ is set forty years after the events of its predecessor. In the series premiere episode, a narration from Elsa Dutton reveals that the Duttons originally hail from the United Kingdom. She explains that the family originally belonged to parts of the Scottish Highlands and Dublin, Ireland. Moreover, actress Helen Mirren who plays Cara Dutton in the series, has a very strong Irish accent. Hence, it is evident that the Duttons are part Scottish and part Irish.

In reality, the origin of the family name “Dutton” can be traced back to the 14th century. The first Dutton family reportedly resided in Ribchester, a civil parish in Lancashire, England. With time the Dutton family name spread to other parts of the United Kingdom, including Cheshire and Yorkshire. Eventually, it also spread to parts of Scotland and Ireland.

However, the family name is predominantly common in the United States, while other countries such as Canada and Australia also record the name’s history in the modern era. Nonetheless, there is no denying that the fictional Dutton family’s origin and ethnic background have their roots in reality. Moreover, the earlier Duttons appear to be Catholic, sharing their religious beliefs with a majority of the Irish and Scottish population of the era during which they migrated to North America.

In her narration, Elsa reveals that her family lived in the Scottish Highlands and the slums of Dublin. Hence, it is possible that an unnamed Dutton on her father’s side hailed from Scotland and later married an Irish woman. On the other hand, it is also likely that Isla is part Scottish from her father’s side and part Irish from her mother’s side.

Elsa confirms that the Duttons originated from the United Kingdom and hold Scottish and Irish ancestry. Elsa’s narration also reveals that upon arriving in North America, the Duttons first settled in New Jersey before moving West to Texas and eventually settling down in Montana. For over five generations, the family has lived in Montana, adopted American ethics, culture, and values, and even helped shape them.

The Duttons live a very conservative American lifestyle, and their cultural values reflect the tribulations they have faced to protect the land they have fought hard to protect. As a result, it is safe to say that the Duttons are Americans whose ethnic roots stretch to the Scottish Highlands and the rocky Irish terrains in the United Kingdom. Therefore, the Duttons are very much the embodiment of the American dream as they are essentially Scottish and Irish immigrants who made themselves a living in America.