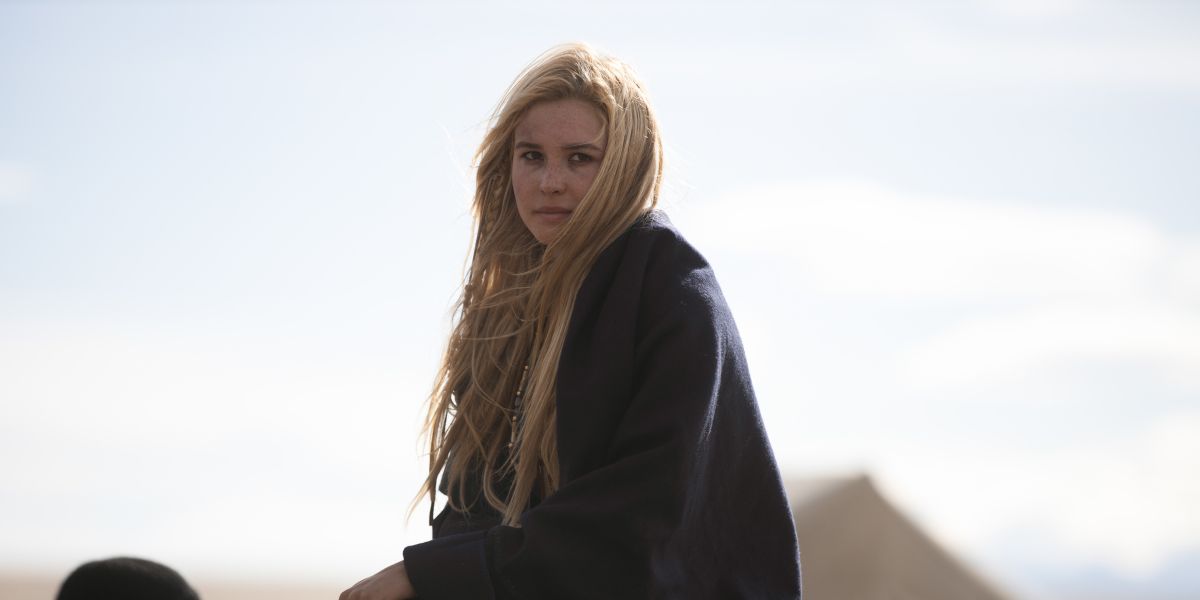 Viewers of ‘1883‘ get a unique perspective on life in the American Wild West of the 19th century through the young and optimistic eyes of Elsa Dutton (Isabel May). As Elsa travels from Texas to Oregon with her family, she goes through many new experiences and appreciates the beauty of life. However, from the very beginning, the show also sets up a dark fate for Elsa, and that moment arrives in the first season finale as Elsa tragically passes away. If you are curious about how Elsa died and how the character’s death will affect actress Isabel May’s time on the show, here’s everything you need to know! SPOILERS AHEAD!

How Did Elsa Die?

In the opening scenes of ‘1883,’ viewers meet Elsa Dutton for the first time as she battles against the Lakota tribe. Elsa’s ominous narration of the events hints that she perishes in the skirmish. Therefore, an impending sense of dooms lingers over Elsa as viewers follow her journey of self-discovery across the Great Plains. Throughout the first season, Elsa faces many dangerous situations and has run-ins with death. However, these incidents only increase her appreciation for life and its beauty. Slowly, the series builds up to the fated battle between Elsa and the Lakota tribe.

In the ninth episode, the Lakota tribe attacks the caravan believing the group to be the killers of their family members. However, Elsa intervenes and succeeds in ending the battle. During the fight, Elsa is injured as an arrow passes through her stomach. Margaret and Wade act quickly to remove the arrow, but the arrowhead is infected. Thus, Elsa’s chances of survival are meager. The same is confirmed in the season 1 finale. As a result, Elsa and her loved ones prepare to accept her fate. James decides to settle down wherever Elsa passes away. Elsa wishes to choose her resting spot. Therefore, James and Elsa head to Paradise Valley in Montana, where Elsa finally breathes her last in her father’s arms. In the end, Elsa succumbs to her injury and dies. However, the final scene shows Elsa reuniting with her lover, Sam, in the afterlife.

In the first season finale of ‘1883,’ the fate that viewers had feared for Elsa finally materializes as the tenacious young girl passes away. Actress Isabel May essays the role of Elsa in the series, and her performance is one of the standout elements of the first season. Moreover, Elsa is the connecting thread that holds the narrative together through her interactions with her family, the cowboys, immigrants, and surroundings. She is also the primary narrator of the show, and Elsa’s ability to see the beauty through the hardships presented to her adds a unique flavor to the story. Therefore, it is difficult to imagine the series going forward without May’s Elsa.

However, it seems like the show will continue and head in a new direction. Paramount+, the show’s original network, recently announced that it had ordered more episodes of ‘1883. The implication is that the series has been renewed for a second season, but which form the new chapter in the Dutton family’s life takes remains to be seen. However, the first season finale is a satisfying and definitive ending for Elsa’s journey. Therefore, given her character’s tragic death, it is hard to imagine May reprising her series regular role for the new episodes. However, viewers might see her in some flashback sequences if the makers decide to utilize the character in such a fashion.