The Babysitter 2: Everything We Know 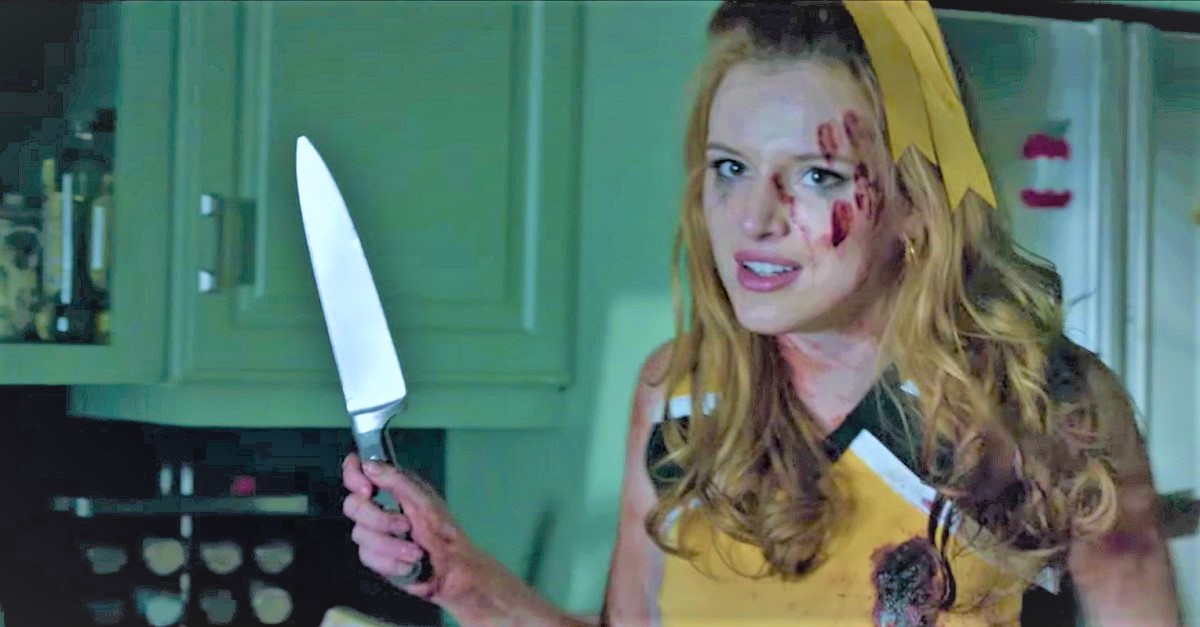 Imagine ‘Home Alone’ on acid drenched with bucket loads of blood and a satanic cult to boot. If you expected anything more from the film other than what the trailers showed, which was in essence every major plot point from the film, then perhaps you were shorthanded.

For those strictly following the film’s subtitled trailer talk, to brush your teeth, wear your PJs, and I am going to be ad-libbing here, just sit tight in your bed for some meaningless, bloody fun, you would all be perhaps wanting more. There is some good news on that front since Netflix recently greenlit a sequel to the Halloween dark cult horror comedy, ‘The Babysitter’, and if you, like me, have spent a ton of time simply going through Netflix’s list of originals searching for what to watch and delved into the what guides a sequel over at Netflix, you would know how big of a deal that is, especially considering that Netflix makes a sequel to nearly one in fifty of its film releases.

That in essence means that the numbers for this film must have been really good, and that is why we will be getting a second one sometime in the next year. That surely is a reason to rejoice for the people out there who enjoyed this Halloween blood fest and if you are still here, read on to know everything that we currently know of ‘The Babysitter 2’.

The Babysitter 2 Plot: What Is It About? The first one followed twelve year old Cole Johnson who takes a liking to his attractive babysitter Bee, only to find out late at night that she and her high school friends were part of a demonic cult, as he watches Bee stab one of them in the skull and collect his blood as an offering. Bee later reveals that she made a deal with the devil when she was young, allowing her to get what she wanted by spilling innocent blood over a book and reciting verse out of it. In the end, Cole is able to escape as multiple members of the cult die gruesome deaths in an attempt to capture him, doing so by crashing Melanie’s father’s car into his own house. It is later revealed though that Bee lived, as she attacks a firefighter going through Cole’s house.

There is no concrete information on what exactly the plot of the second film is going to be, but something bizarre sure seems afoot since most of the  members of the cast who were killed in the most ingenious ways while trying to capture Cole are all set to reprise their roles, as you would see in the next section. Heavens know whether there is going to be resurrection owing to the cult’s deal with the devil, or something else, but they are all going to be back, and rumours suggest that the film would see Cole going to high school, while the cultists are out for revenge on him. This would essentially set up a series that could go on forever, so we will have to wait until more concrete details emerge on this front.

The Babysitter 2 Cast: Who Is In It? Samara Weaving recently starred in another horror dark comedy involving cultists and a night that goes horribly wrong, ‘Ready or Not’, which was a fun outing at the cinemas this year for me. Seeing Weaver’s brave performance in that film immediately shot her up as a young actress whose work I look forward to from there on. Unfortunately, she hasn’t yet been confirmed to appear in ‘The Babysitter 2’, even if it was revealed that she survived Cole crashing the car into her by the end of the film. Apart from her, Judah Lewis as Cole Johnson, Bella Thorne as Allison, Robbie Amell as Max, Hana Mae Lee as Sonya, Andrew Bachelor as John, Ken Marino as Cole’s father, and Leslie Bibb as Cole’s mother are all set to reprise their roles in the sequel.

The Babysitter 2 Crew: Who Is Behind It?

McG will be returning to produce and direct the film, along with ‘American Vandal’ showrunner Dan Lagana serving as script and screenplay writer on the second Babysitter film.

The Babysitter 2 Release Date: When Does It Premiere?

There is no official release date set as of now, but The Babysitter 2 will most probably be available for streaming by next Halloween in 2020 on Netflix.