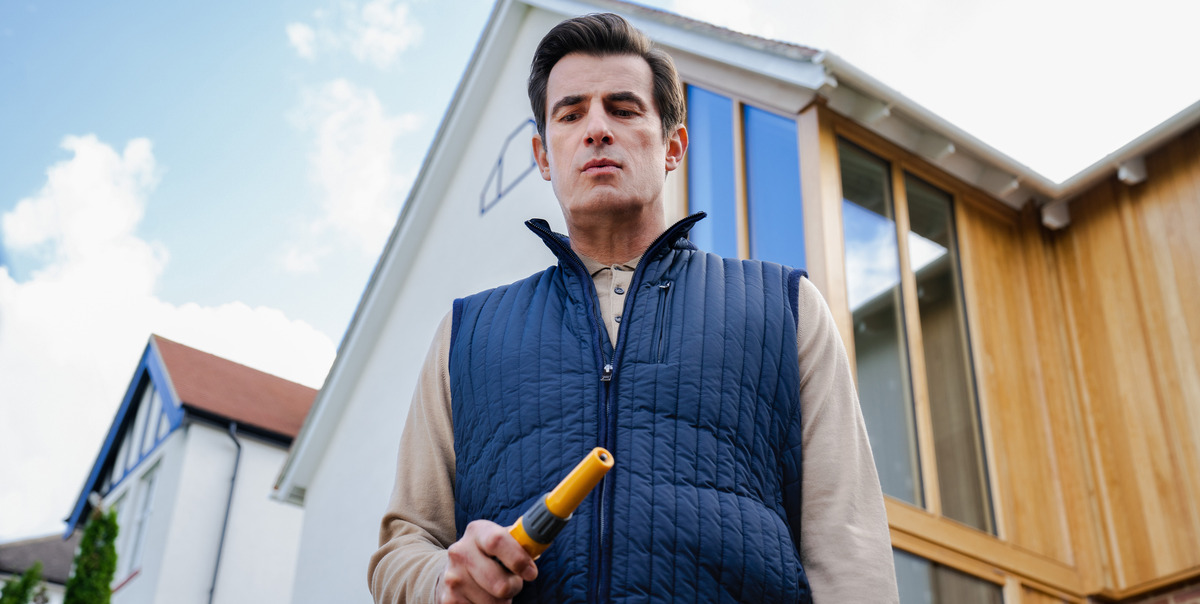 ‘Bad Sisters‘ continues the Garvey family’s plot against the notorious John Paul Williams in the fifth episode, titled ‘Eye for an Eye.’ The episode sees Bibi leading the charge against John Paul and formulating another plan to kill her brother-in-law. Meanwhile, Becka struggles with her feelings for Matthew in the present. Ultimately, the sisters execute another strike against John Paul, arguably their most gruesome one yet. Therefore, viewers must be wondering about John Paul’s fate and the sisters’ motivations. In that case, here is everything you need to know about the ending of ‘Bad Sisters’ episode 5! SPOILERS AHEAD!

The fifth episode, titled ‘Eye for an Eye,’ opens in the present with Thomas and Matthew arriving at Bibi’s house for interrogation. They ask Bibi about John Paul’s death but are interrupted by Bibi’s wife, who openly exclaims that John Paul was a bad husband and deserved to die. Moreover, Becka arrives at the house, causing Matthew to become uncomfortable and the Claffin leave. At their home, Thomas’ wife is concerned about her husband’s health and tells Matthew about the letter left behind by their father.

After reading the letter, Matthew is enraged and confronts Thomas. The elder brother reveals that their father planned his death and did not die of an accidental overdose. He was a crook and spent his client’s money year after year. The duo’s father never filed the client’s insurance and was conning them. As a result, his death leaves the Claffins in financial and legal trouble. After the altercation with Thomas, Matthew becomes depressed and visits Becka.

In the flashbacks, the sisters contemplate formulating another plan to kill John Paul. Meanwhile, they try to avoid John Paul’s upcoming birthday party until Bibi sees an opportunity to kill him at the party. Grace takes dancing classes in hopes of having some personal time. However, John Paul manipulates events to make Grace feel bad about her actions. On the other hand, John Paul secretly chats with his neighbor, Roger, by pretending to be a child named Oscar. However, John Paul’s suspicion that Roger is a pedophile continues to be without the evidence. The Garvey sisters discover that there is a hole in John Paul’s skull, and they could use the weakness to kill him during his paintball birthday party. However, Bibi has second thoughts about the plan.

The series slowly explores the Garvey sisters’ vendetta against their brother-in-law, John Paul. The previous episodes reveal John Paul’s meddling in Eva and Ursula’s personal life, his misguiding of Becka that leaves her broke, and abuse towards Grace. The incidents shape the sisters’ perspective on John Paul, and they ultimately come together to kill him in hopes of saving their sister from torment. However, the entire concept of killing John Paul stems from Bibi. She is the first sister to promote the idea and recruits Eva to the cause. Soon, the other sisters follow, and the garveys plot against John Paul. However, Bibi’s motivation to kill John Paul and her evident hatred toward him is finally revealed in the fifth episode. 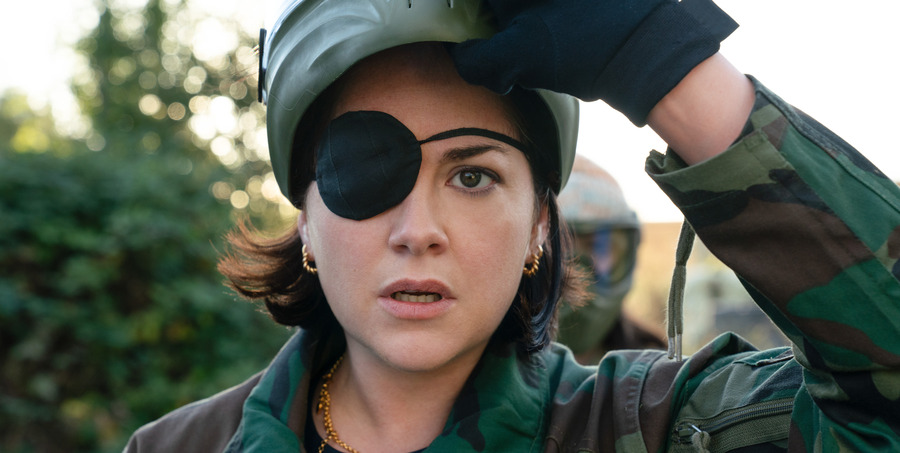 In the episode, viewers see Bibi struggling to handle parenting her son. After her son reveals that he is mocked in school because Bibi only has one, she becomes sad. As a result, he targets practice to kill John Paul suffers. Nonetheless, Bibi manages to regain control by drawing from her tragic past with John Paul. A flashback reveals that John Paul and Bibi were together in a car accident that caused Bibi to lose one eye. Hence, she considers John Paul responsible for her deformity and hates him.

The episode’s final act sees the Garvey sisters assembling for the paintball birthday party organized by John Paul. Bibi plans on using the game as a chance to shoot through the hole in John Paul’s skull. Thus, effectively killing without anyone suspecting the sisters. However, their plan suffers a blow when John Paul decides to play a different game. Nonetheless, Bibi improvises and attempts to take a shot at John Paul. However, she accidentally shoots one of the employees and injures his eye. as a result, the episode ends with Bibi’s plan failing and her quest for revenge delivering her an ironic moment of self-reflection where she must face the consequences of her actions.