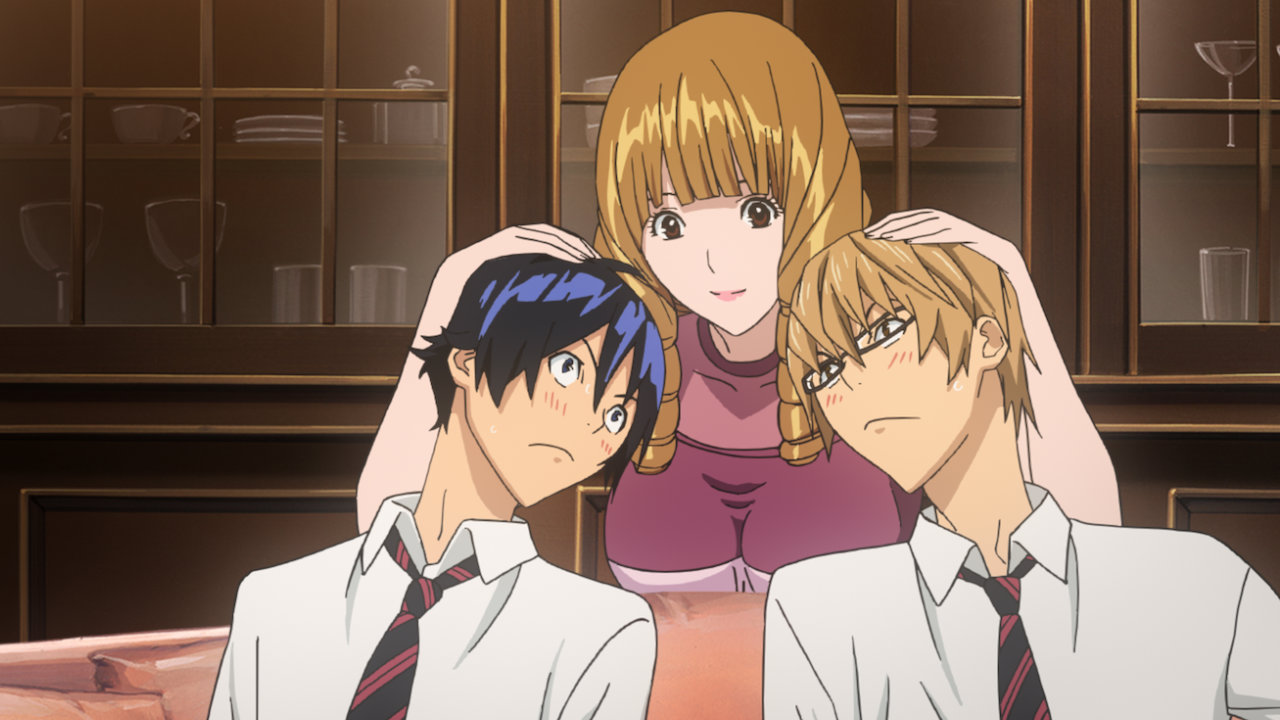 ‘Bakuman’ follows a very simple premise—the trials and tribulations faced by two young manga artists. Even its underdog story progresses just like your typical sports or music anime shows that work along similar lines. However, what makes it one of the best modern shounen out there is how it brings in the technical side of the world of manga and even practices everything that it preaches.

Throughout its runtime, it portrays how the two protagonists are extremely passionate about creating their own unique manga series. This clearly reflects in its entire narrative, and as a viewer, you can tell that even the creators of the series have an undying love for all kinds of manga. As mainstream as it may seem, ‘Bakuman’ has the depth, the motivation, and most of all, the emotions that remain unmatched by most other shows. That being said, if you’ve already seen its first three seasons, you’re probably wondering if it will ever return with a sequel. So here’s everything we know about its season 4.

Bakuman Season 4 Release Date: When will it premiere?

‘Bakuman’ season 1 premiered on October 2, 2010, and with a total of 25 episodes, it ended on April 2, 2011. This was then followed by season 2 which released on October 1, 2011 and went on till March 24, 2012. Finally, a third season aired from Oct 6, 2012 to Mar 30, 2013. Unfortunately, the last episode of season 3 covers the last two chapters of the manga. So unless the mangaka decides to add more content to the existing series, we’ll probably never get to see a new season of ‘Bakuman.’ Even so, the creators of the anime might consider adding a few more OVA episodes to completely wrap up the story of the anime.

Apart from that, considering how popular ‘Bakuman’ is, we can also expect a spin-off series of the same. As of now, these are all just speculations and no confirmations have been made regarding its sequels. And from the looks of it, the chances of getting a new season seem very less likely. In the unlikely scenario of the anime getting renewed, ‘Bakuman’ season 4 can release sometime in 2022 or later.

The English Dub of ‘Bakuman’ is available on Viz Media.

Moritaka Mashiro is a very talented artist who loves drawing but never really considers making a career out of it. At junior high school one day, he forgets his notebook in class and that’s when Akito Takagi finds all of his brilliant artwork. Takagi then asks him to become a manga artist to his stories but he unanimously declines his offer. He does this because even his uncle used to be a manga artist and had died because of over-working. Through Takagi, Mashiro later meets Miho Azuki, who also happens to be his crush. When she finds out that the two plan on becoming manga artists, she tells them that she also aspires to be a voice artist someday.

Seeing this as an opportunity, Mashiro proposes that the two of them should get married if she ever happens to become the voice artist for their manga someday. She accepts his proposal but also insists that they must not meet at all till that day. With this, Mashiro and Takagi start working on their manga and hope that it will be published in the Weekly Shōnen Jump someday.

Mashiro is the main protagonist of the series who is often referred to as Saiko by his friends. He dreams of writing a great manga someday and also hopes that his work will be turned into a successful anime series. When it comes to his appearance, he has slick blue hair that covers his ears and has a cowlick on top of his head. Almost all the time, he is usually seen with more than three layers of clothing. His female peers consider him to be very charming and attractive. He is really good at drawing, and even before he becomes a full-fledged mangaka, he receives several accolades for his art. He later becomes a very dedicated artist and focuses on bringing in a lot of perfection in his work. He works endlessly to create the best drawings and never seems to be satisfied with his work.

There are times when he also gets extremely competitive with his rivals. After he initiates a partnership with his classmate Akagi, the two of them develop a lot of mutual respect for each other. They often combine their ideas and intelligence to come out with the most brilliant mangas. He also adopts a very disciplined lifestyle, and at times, he even strictly enforces all kinds of deadlines on Takagi. He also turns to be quite a dedicated lover when it comes to his fiance Azuki. He motivates her all the time and supports her dreams of becoming a voice artist. He turns out to be a hopeless romantic, and initially, he even gets giddy while texting Azuki.

Akito is the deuteragonist of the series who discovers Mashiro’s drawing talent and asks him to become an artist for his manga. Just like Mashiro, he is also determined to become a great mangaka someday and works really hard to make his dream a reality. He also later suggests that the two of them should go to the same school so that they can work on their manga together. Takagi comes from a poor family. His father lost his job when he was still in third grade.

Since then, his mother has always forced him to study hard so that he does not end up like his father. But after a while, he gets sick of being forced to study and even snaps at his mother. He tells her that he wants to live his life in his own terms, and with this, his mother stops complaining about the choices that he makes. For his age, he is quite tall and has a skinny build. He has medium-length blond hair and is often seen with a pair of headphones resting on his neck. He looks a lot like Light Yagami from ‘Death Note‘, and just like Light, he is extremely intelligent.