Bartise Bowden From Love is Blind: Everything We Know 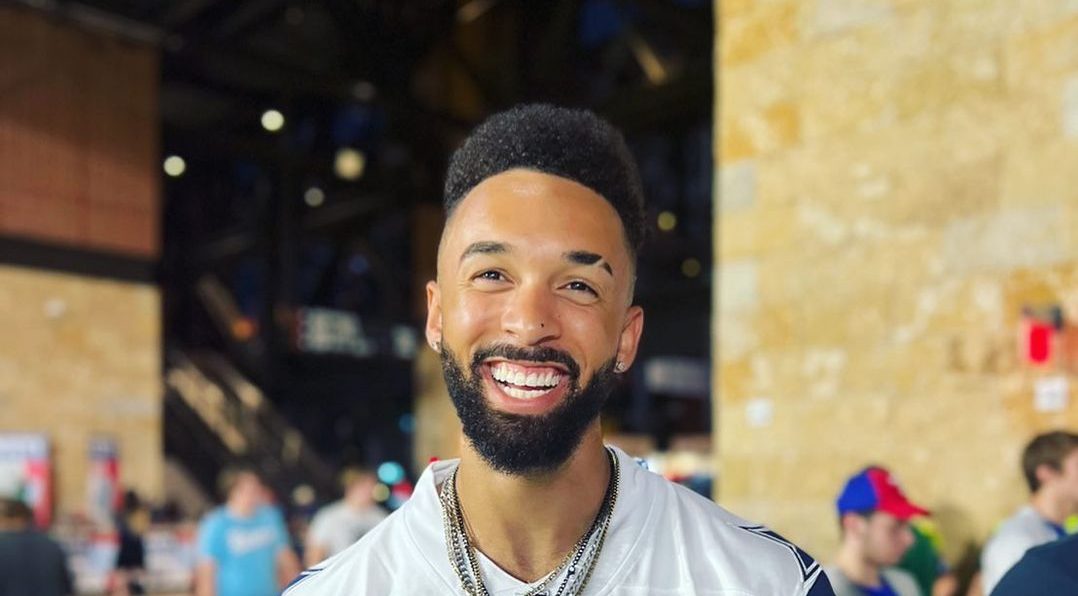 Netflix’s ‘Love Is Blind‘ is a unique dating reality show that tests the concept of love. The show welcomes several men and women to participate in a social experiment where they are allowed to form an emotional collection with someone from a pool of potential romantic partners. However, the process takes place in specially built pods, enabling the participants to talk to each other but not see what the other person looks like. Once a couple gets engaged, they are allowed to finally see their future spouses and start planning for the upcoming wedding.

Season 3 of the series welcomed several new faces from Dallas, Texas. This includes Bartise Bowden, whose charming personality, passion for fitness, and good looks made him one of the most sought-after people in the show. Naturally, people are eager to know as much as possible about the reality TV star, and we are here to share the same!

Born on July 16, 1995, Robert Bartise Bowden, more commonly known as Bartise, grew up in San Antonio, Texas. His parents, Penny and Robert Bowden met when she was engaged to another man. Nevertheless, the love between the two motivated her to choose Robert. Bartise was named after a friend of his father’s who died in a motorcycle accident. Though it is his middle name, apparently, that was the name he responded to soon after birth, and hence the name stuck. In addition, the reality TV star has a sister named Amalia Bowden, who got engaged to James Lockhart in January 2022.

Bartise was an avid basketball player during high school, yet that changed in his senior year. During a game, he shattered his ankles, which damaged his dream of being a D-1 basketball player. Bartise decided to join a D-3 school to continue his love for the game, but his other ankle was also heavily injured, which ultimately made him quit the sport. In 2013, he joined The University of Texas at Dallas and got his Bachelor of Arts degree in Accounting in 2017. During this time, he was a member of the Delta Tau Delta society. Bartise went on to get his Master of Science degree in Accounting from the same university in 2018.

The reality TV star’s love for fitness was quite evident in the Netflix series. He started weight training around 20 after his basketball career was over. The process enchanted the athlete, and he soon started putting in numerous hours to help his physical, mental, and emotional growth. Bartise is fascinated with how a person can control the shape of their body through changes in diet and exercise. Moreover, he enjoys motivating others regarding fitness and helping them step out of their comfort zone.

From March 2014 to January 2016, Bartise worked as a Recreation Attendant at Hyatt Regency Hill Country Resort and Spa. He then became a Part Time Sales Associate at General Nutrition Centers, Inc, and remained there from May to December 2016. In January 2017, he started as an Audit Intern at KPMG and served until March of the same year. Bartise then embarked on a teaching journey and was an Accounting Tutor for the Naveen Jindal School of Management in Richardson, Texas, from August 2017 to May 2018.

In September 2018, Bartise joined KPMG US as an Audit Associate and retained the position until July 2020. Starting the same month, he became a Senior Associate for KPMG before leaving the organization in January 2021. After KPMG, the reality TV star took up the position of Senior Analyst at VMG Health and is still working there as of writing.

Bartise Bowden joined the cast of ‘Love Is Blind’ season 3 at 25. He admitted that his age seemingly worked against him when trying to find someone to marry, as most women did not think him mature enough to marry at such a young age. Albeit, he felt that his life experiences had helped him become more mature than a typical 25-year-old. Indeed, his age did make a few women in show doubt their decision to continue dating him. Luckily, Bartise ultimately did find someone who looked past his age and agreed to marry him.

As of writing, Bartise is based in Dallas, Texas; his love for fitness remains as strong as ever, and the reality TV star often posts videos of his workout sessions on social media. During his free time, Bartise enjoys the company of his friends and family and is never opposed to being a part of a good party. We wish him and his loved ones the best in their lives and hope they have a fantastic future ahead.

Read More: Nancy Rodriguez From Love is Blind: Everything We Know