Below Deck Adventure’s Lewis Lupton: Everything We Know 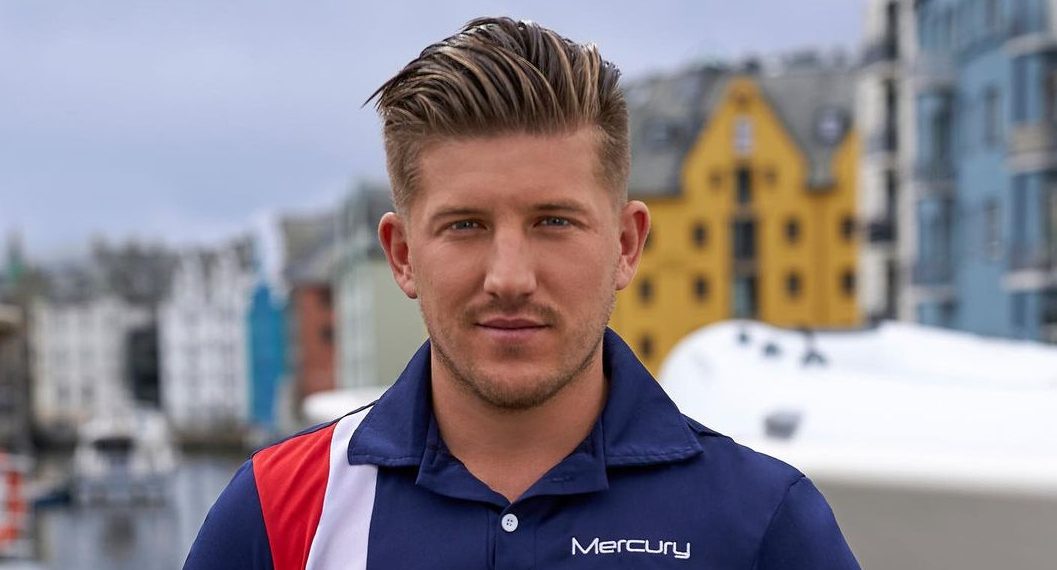 The fourth ‘Below Deck’ spin-off series, ‘Below Deck Adventure’ is an intriguing reality series that chronicles the daily activities of the crew of a luxury motor boat as they charter thrilling and picturesque locales. In the debut season, the professional crew members try to maintain a balance between their professional and personal activities while accommodating the high expectations of the adventurous charter guests who partake in exhilarating off-ship activities like paragliding, rock climbing, and bicycling through the scenic Norwegian Fjords and places.

They must ensure the guests have a comfortable voyage while the cameras follow them everywhere. The show is particularly entertaining because of the interpersonal drama that arises and the fascinating romances that are intertwined with it. Lewis Lupton’s appearance as a Bosun on board the luxury motor yacht Mercury in season 1 has clearly shot him into the limelight. As fans got intrigued by his personality on the show, they must be eager to know more about him. If you’re curious about the new addition to the ‘Below Deck’ franchise, here’s what we found out!

Despite being a part of one of the most popular shows on Bravo, Lewis Lupton is fairly private about his personal life. Hailing from England in the United Kingdom, Lewis Lupton grew up on a farm in Northern England in a supportive household alongside his sister, Annabelle Lupton-Coppinger, and brother, Harrison Coppinger. The siblings are pretty close-knit and share similar interests in outdoor activities and sailing.

They travel around the country together and also make time to visit each other while living in different places. Lewis and his sister also had a blast at the annual summer music extravaganza “Y Not Festival,” held at Pikehall in Derbyshire, United Kingdom. Lewis’ interest in sailing began in his childhood, and he, fortunately, got the opportunity of pursuing it as a career. He participated in several sailing competitions and honed his skills before joining the United Kingdom Sailing Academy on the Isle of Wight.

After Lewis Lupton graduated from the sailing academy in Cowes, Isle of Wight, he quickly attained chances to work in the Mediterranean. As an avid lover of sailing, it didn’t take him that long to rise and shine in his work. After working as a deckhand for a while, he quickly climbed the ladder to be a first officer and looks forward to working on larger boats.

As he joined as a Bosun on ‘Below Deck Adventure,’ he is enthusiastic about working as a team leader while also maintaining an amicable relationship with his colleagues. His experience with sailing boats and traveling to various places is sure to come in handy while dealing with work on the boat. From swimming with sharks in Exumas, Bahamas, trying local delicacies of Milan, Italy, to sailing through Long Beach, New York, and Corinth, Greece, Lewis has had his fair share of adventures.

Is Lewis Lupton Dating Anyone?

Though some sparks flew between Boson Lewis Lupton and his ‘Below Deck Adventure’ colleague, Stew Oriana Schneps, during their time on the megayacht, the two have remained tight-lipped about the current standing of their bond following the wrap-up of the filming of their season. Now, since the two confirm otherwise, it may be indicative of the fact that nothing solid brewed between the two.

Lewis hasn’t revealed any details about his romantic life, and it appears that he wishes to keep things away from the public sphere. Furthermore, his limited social media activities make the absence of a romantic companion rather apparent. So, from what we can tell, Lewis Lupton is seemingly single and enjoying his life as of the present. Whatever the case, we would only wish Lewis more happiness and success in the future ahead.

Read More: Below Deck Adventure’s Oriana Schneps: Everything We Know