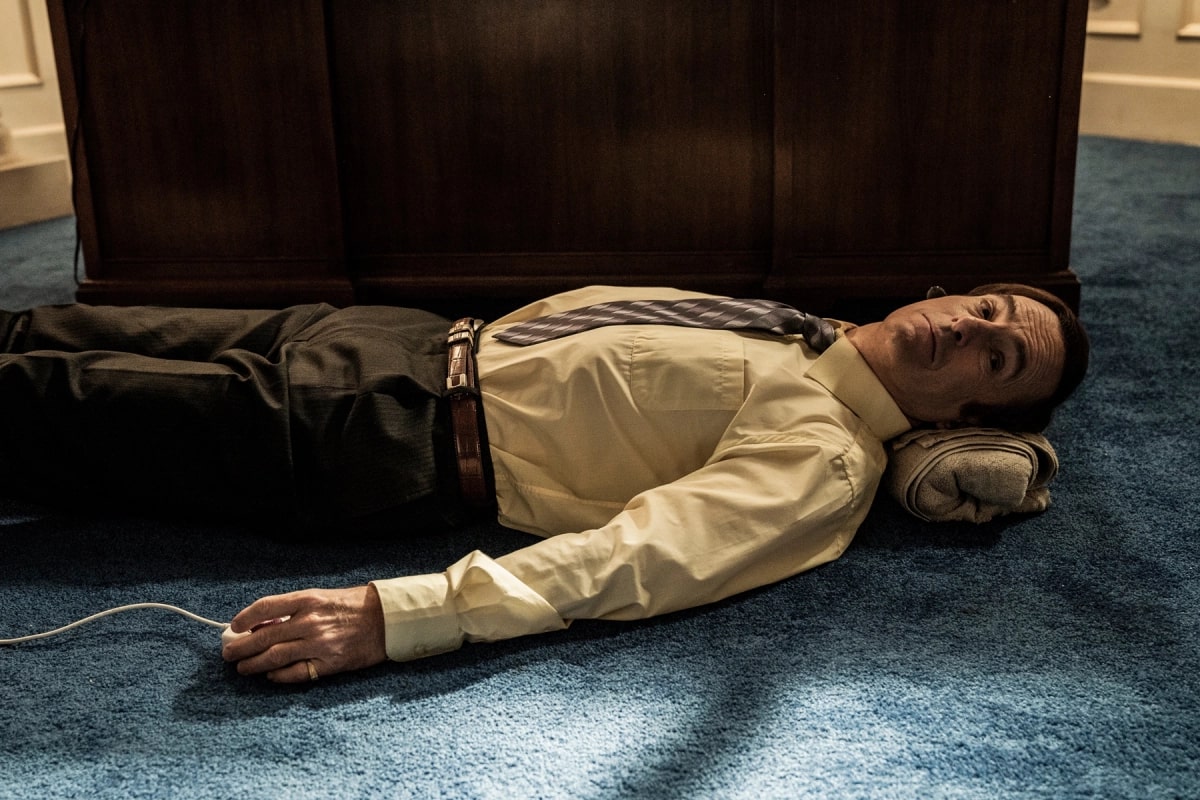 In only a handful of instances in the history of television, a spinoff has been better than the original series. ‘Better Call Saul’ is widely regarded as one of those shows. Given that the original series is something like ‘Breaking Bad,’ that’s a momentous achievement. ‘Better Call Saul’ serves as a prequel to ‘Breaking Bad’ and depicts how mild-mannered Jimmy McGill (Bob Odenkirk) became Saul Goodman, the sleazy lawyer for the drug lords. The narrative encompasses six years — from 2002 to 2008. There are also some scenes set in the post-Breaking Bad era, during which Jimmy has been forced to go on the run and take on a new alias, Gene Takavic, the balding and broken manager of a Cinnabon store in Omaha, Nebraska. As ‘Better Call Saul’ races towards its ending, its timeline begins to overlap with that of ‘Breaking Bad,’ just as we have always known it would. Here is everything you need to know about it. SPOILERS AHEAD.

To understand how the timelines of the original series and spinoff overlap, we must first get a comprehensive understanding of each of the timelines. ‘Better Call Saul’ begins in May 2002, with the pilot episode, ‘Uno’ encompassing thirteen days from May 13 to May 25. The entire first season stretches from May to June 2002, with the exception of the white-and-black scenes involving Gene in the post-Breaking Bad era and the flashback to March 2002 in season 1 episode 6, titled ‘Five-O.’ Moreover, in the season 1 finale, ‘Marco,’ Marco Pasternak tells Jimmy that it has been ten years since they last saw each other. This means that the Slippin’ Jimmy flashbacks in the show are set in 1992. 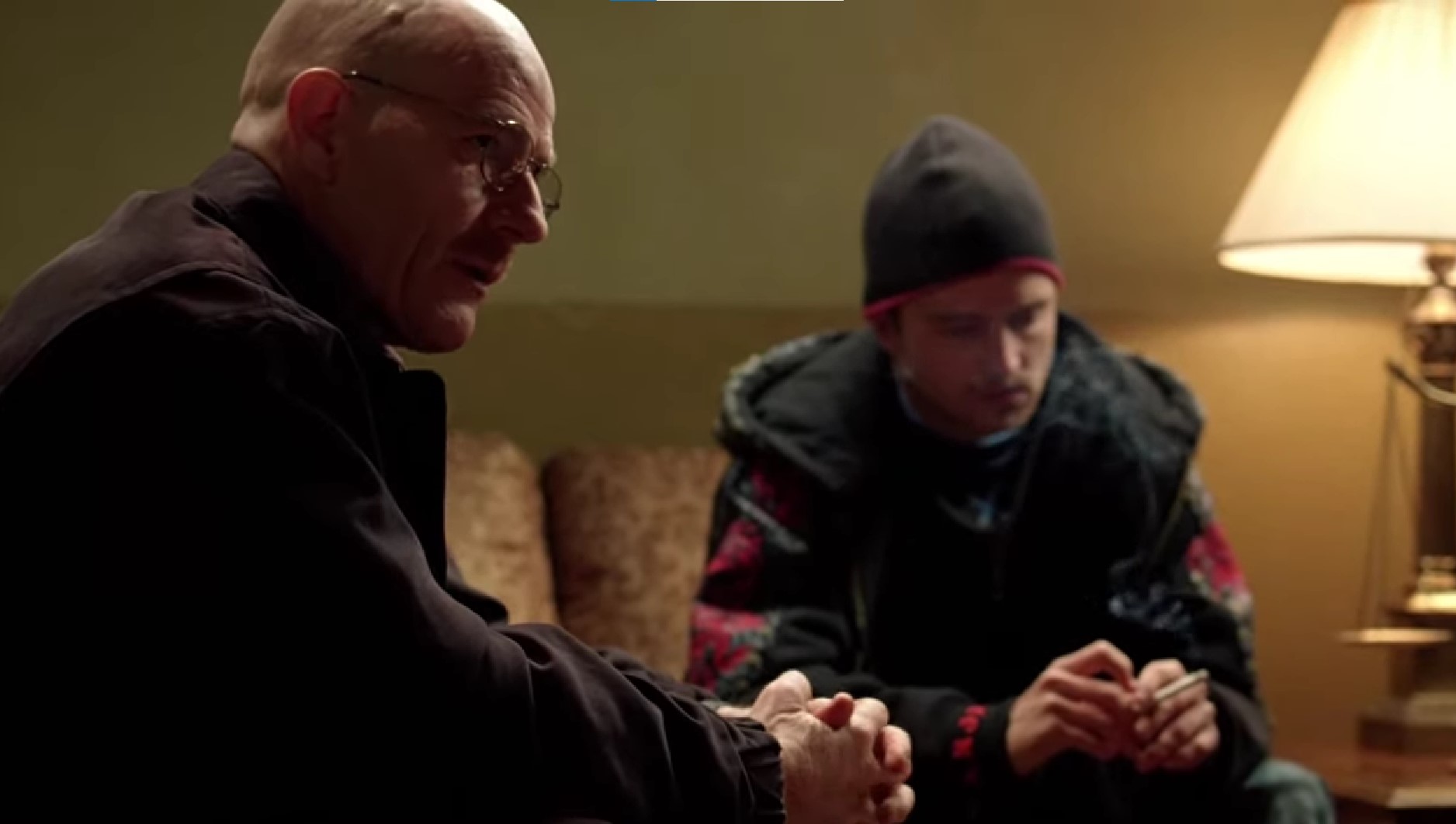 ‘Breaking Bad’ begins in September 2008, with the pilot episode covering September 7 to 28. The entire first season of the original series takes place between September 7 to October 31. Season 2 begins right where the first ends and concludes in February 2009. Both seasons 3 and 4 are set in 2009. The final season is split into two halves. The first half covers from July 2009 to March 2010 and the second half from March to September 2010. The feature film ‘El Camino: A Breaking Bad Movie’ takes place in September 2010 in its entirety, with some flashback scenes depicting events from 2008, 2009, and the summer of 2010.

Saul Goodman makes his first appearance in ‘Breaking Bad’ in season 2 episode 8, which is also called ‘Better Call Saul.’ That one takes place between December 4 and 6. By then, Jimmy has completely emersed in the Saul Goodman personality.’ We finally learn what cemented that transition in ‘Fun and Games.’ Lalo shows up at Jimmy and Kim’s home and kills Howard. Although Lalo is later killed by Gus Fring, Kim has come to realize how toxic she and Jimmy are for each other and the people around them, so she leaves him, creating distance between her and Jimmy so she can hold on to her humanity. But Jimmy decides to walk the other way and completes his transformation into Saul Goodman. The end sequence of ‘Fun and Games’ is roughly set in 2007, according to ‘Better Call Saul’ writer and executive producer Thomas Schnauz, so that scene isn’t the one where the two main timelines overlap.

Episode 10, ‘Nippy,’ is entirely set in 2010, in the post-Breaking Bad era. However, episode 11, appropriately titled ‘Breaking Bad,’ is where the two timelines merge. There are four scenes in this episode that are set in the ‘Breaking Bad’ timeline, in and around the episode ‘Better Call Saul,’ to be precise. In the opening scene, we see a panicking Saul trying to negotiate with his captors after Walter White (Bryan Cranston) and Jesse Pinkman (Aaron Paul) have kidnapped him. He has a sack over his head and is being driven to the desert in the RV where Walt and Jesse cook their meth. After the sack is removed. Saul wonders whether his captors work for Lalo and blames everything on Ignacio (Nacho). This is the very thing he says in ‘Breaking Bad’ (the show), and it effectively merges the timelines of the two shows.

Later in the episode, Saul convinces the other two men to make him an active part of the operation. When Mike Ehrmantraut visits his office with information about Walt, he advises Saul to stay away from the chemistry teacher. This is set after the arrest of the fake Heisenberg. Ironically, it’s not just Saul that doesn’t listen to his advice. Mike himself doesn’t heed his own morsel of wisdom and brings about his undoing. In one of the final scenes of the episode, we see Saul visiting J. P. Wynne High School, where Walt is a teacher. On his way, he walks past the other man’s Pontiac Aztec.