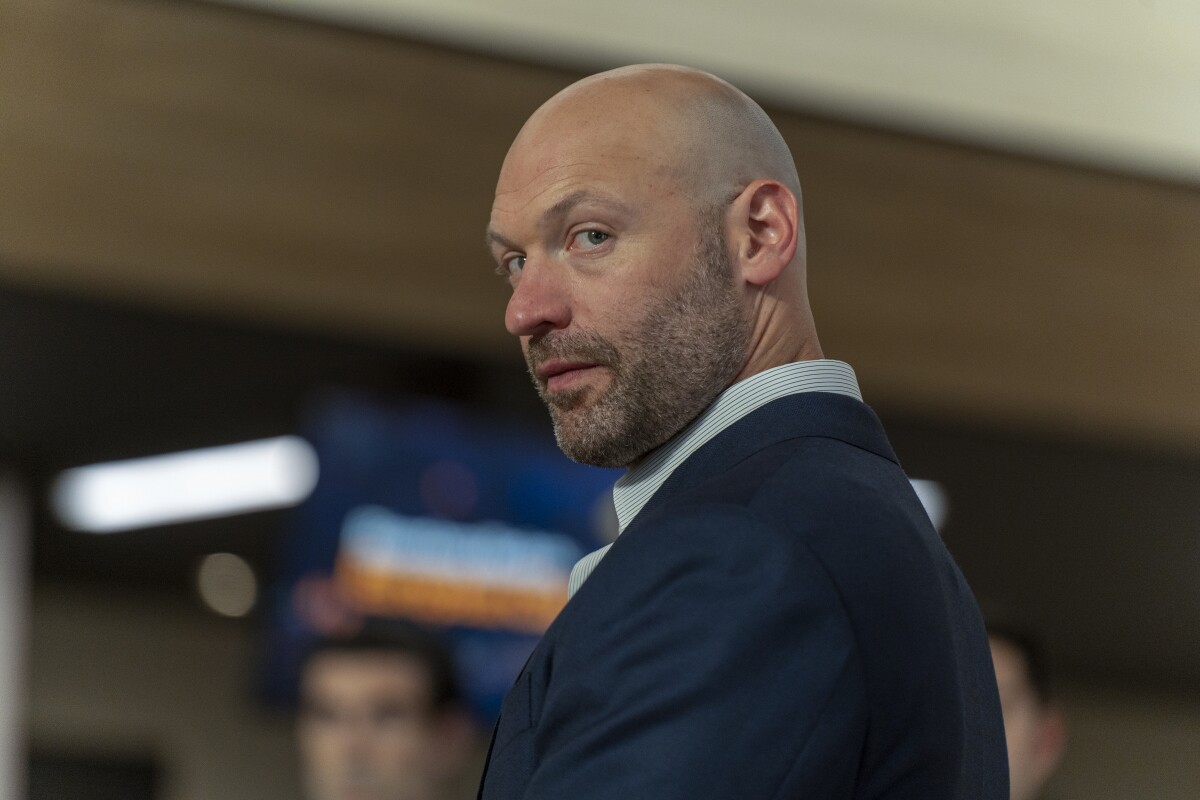 In ‘Billions’ season 6 episode 3, an old enemy of Bobby Axelrod returns to complicate things for Mike Prince (Corey Stoll). Taylor (Asia Kate Dillon), Wendy (Maggie Siff), and Ben Kim (Daniel K. Isaac) face a moral dilemma when their job requires them to take down “Dollar” Bill Stearn and Dudley Mafee’s new company. Chuck Rhoades, Jr. (Paul Giamatti) discovers that someone is buying a large number of properties from the NYAG land bank and begins investigating. Here is everything you need to know about the ending of ‘Billions’ season 6 episode 3. SPOILERS AHEAD.

The title of the episode, ‘STD,’ doesn’t necessarily mean what you might think it means — Mafee will have you believe that it also stands for “Sure thing, dude.” Later, Ben Kim rushes to the office late in the night, having learned that “Dollar” Bill and Mafee’s company, High Plains Management, has become involved in a potential bid for the Olympics. When Prince learns about this, he realizes that he has competition even inside his city.

The following day, Chuck discovers virtually the same thing when his father comes to complain about someone buying the lands that the NYAG disperses for “proper use.” This makes Chuck curious about the entire thing. While there is no unusualness about how the purchases were approved, all the activities are recent.

Meanwhile, Wags watches Scooter go back and forth between the latter’s impromptu office and that of Prince and decides to vacate his own office and give it to the lieutenant of the current general. Prince tells them to work together, which ends up strengthening the professional bond between the former rivals. By the end of the episode, they agree to share an office.

Prince, Wags, and Scooter meet Colin Drache, the President of the International Commission of Sports, and discuss how to convince the IOC about the validity of New York as the host city. Bribes are discussed in plain English, and it is revealed that the world at large thinks that Prince was behind Los Angeles losing the bid. As Drache points out, the biggest problem will be the fact that New York doesn’t have a proper stadium. In response, Prince assures him that it will not be a problem for much longer.

It is revealed that Prince’s mysterious rival is none other than Todd Krakow. Prince approaches him and offers him the opportunity to join his bid. But Krakow refuses, preferring to do it alone. When Chuck learns that Prince wants to bring the Olympics to the city, he decides to team up with Krakow, even though Kate warns him against it. After Bobby’s departure, Prince has become the white whale for Chuck. And as shown time and again, Chuck has this dogged quality of relentlessly attacking his opponent. This is why he never stopped pursuing Bobby, despite several setbacks.

Billions Season 6 Episode 3 Ending: Will the 2028 Olympics Be Hosted in New York?

Bringing the 2028 Summer Olympics to New York seems to be the ultimate plan of Mike Prince. A part of it is driven by his desire to leave a lasting legacy in the constantly changing city. But it seems that his main reason is Andy Salter (Piper Perabo), his estranged wife. As he tells her, he hasn’t given up on them. Andy is an athlete, apparently a highly respected mountain climber. The entire bid for the Olympics, at least partially, seems like a grand romantic gesture.

In episode 3 of season 6, Prince crosses several hurdles to ensure the success of his objective by collaborating with the Mayor. Krakow’s plan to build an Olympic stadium in Manhattan comes crashing down after the Mayor declares in a press conference that she will put the plans for the stadium through extensive community, committee, and environmental reviews.

After Krakow accepts defeat and joins Prince’s bid, the latter reveals that he also wants to build a stadium in Manhattan. However, he wants to do it in the correct way. While everyone involved is pleased, and they celebrate by announcing the plans for the Olympics 2028, Chuck shows up, holds up the traffic, and seems to turn the public opinion against Prince.

Predictably, the biggest obstacle in Prince’s path is Chuck Jr., who seems to have adopted this anti-billionaire philosophy in season 6. He believes that the very existence of the billionaire class is an insult to common decency. Given Chuck’s past, Prince will have some troubles with the current New York Attorney General unless he can get the latter a bigger catch than even himself.

Read More: What Is Nimbus Ring in Billions? Is It a Real Device?