Blown Away Season 1: Where Are They Now? 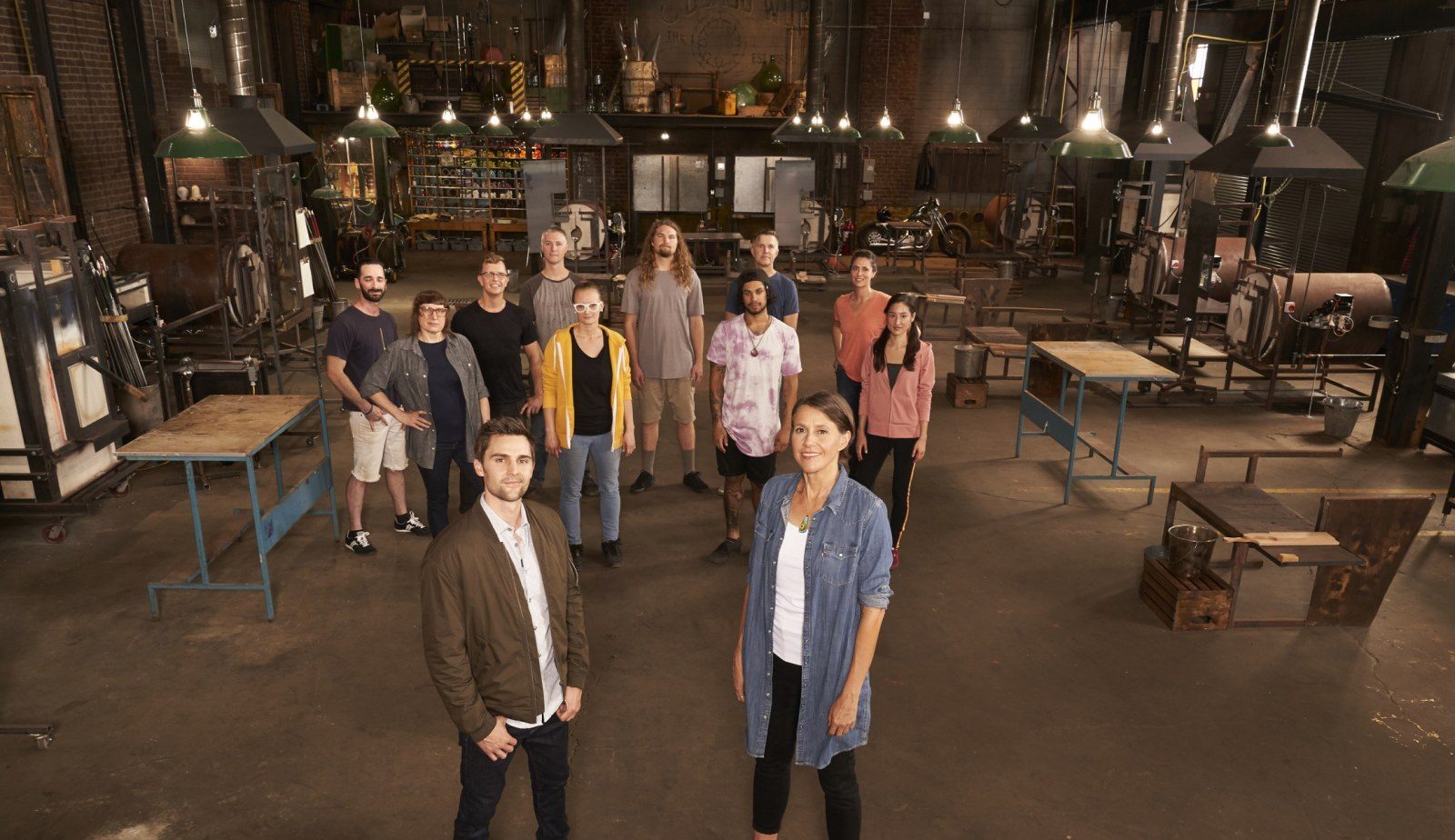 The reality series ‘Blown Away‘ brings the delicate and breathtaking art of glassblowing to the television in a way never seen before. Some of the most talented names in the industry are brought to the show to compete against each other and win over the judges. As the season continues, the art pieces keep getting even more awe-inspiring; however, only one person will take home the prize worth $60,000. The debut season of the Netflix series first aired in 2019 and captivated the viewers with the talent showcased by the participants. Many fans of the show are curious about what the season 1 competitors are up to these days, and we have just the answers for you.

Where Is Deborah Czeresko Now?

Deborah Czeresko, the winner of ‘Blown Away’ season 1, has made several strides in her professional career since her time on the reality series. In fact, she was even asked to be a guest judge for seasons 2 and 3 of the Netflix show. Known for her Venetian-style glassmaking techniques, the artist often uses her masterpieces to convey her thoughts surrounding issues such as women’s equality. She is based out of New York City, New York, and has won several awards and scholarships since 2019, apart from regularly featuring in prestigious exhibitions.

This includes the 2020 Urban Glass Brooklyn, New York, Residency, 2020 (postponed) Wheaton Arts Millville, New York, Residency, and 2020 Tyler School of Art Philadelphia, Pennsylvania, Residency. Thanks to her appearance on ‘Blown Away,’ Deborah was featured in several publications in 2019, including Time Magazine and Los Angeles Times. In short, the glassmaking artist has bolstered her resume after her time on the Netflix show. Deborah’s art pieces can be purchased through her personal website.

Where Is Janusz Poźniak Now?

Since his time on ‘Blown Away,’ Janusz Poźniak seems to be more involved in the growth of his business. Most of his art pieces, including beautiful glass hearts, can be purchased at the artist’s official website. Janusz is also the co-founder of Hohm-meyd, which sells handmade candles, glass tumblers, and deodorants, among other things.

The business is set for a relaunch on October 1, 2022, and was co-founded by Janusz’s wife, Miishka (or Michelle) Pozniak. The couple celebrated their 11th wedding anniversary on July 3, 2022, and have two adorable children named Attila and Olek. In 2022, Janusz has had the pleasure of teaching at The Glass Furnace in Istanbul, Turkey, and Pittsburgh Glass Center in Pittsburgh, Pennsylvania.

Where Is Alexander Rosenberg Now?

‘Blown Away’ season 1 competitor Alexander Rosenberg seems to be thriving in his professional life. The glassmaker has been the Glass Studio Director of Wheaton Arts since November 2021. From 2018 until the fall of 2021, the artist was at Salem Community College as an Adjunct Professor of Glass. He has been invited on numerous occasions to deliver artist lectures in places like Princeton University and Montclair State University.

Alexander’s work has been displayed in exhibitions at the University of Montana Western Gallery, Dillon, Montana, and Le Stanze Del Vetro, Venice, Italy. In addition, he has bagged several grants, awards, and residencies since 2019. In his free time, Alexander seems to enjoy spending time with his loved ones and partaking in adventurous activities. The artist also appeared in ‘Blown Away: Christmas‘ season 1 and won the 3rd position.

Where Is Patrick Primeau Now?

Patrick Primeau, a glassblowing artist from Montreal, Quebec, wowed everyone with his talent for crafting glass. As of writing, Patrick is dedicated to his craft and helps make art pieces for Studio Welmo. The glassmaking venture was co-founded by him and Caroline Ouellette in 2004. Through its official website, you can avail the variety of services provided by the business, including glass pieces and customer orders.

Based in San Francisco, California, K. Momoko “Momo” Schafer caught the viewers’ attention with her unique designs and crafting techniques. Momo holds the position of Artist Assistant at Zynsky Studio and has imparted her knowledge to aspiring artists on numerous occasions. In August 2021, her work was displayed at the Sandwich Glass Museum in Sandwich, Massachusetts.

The artist was also featured in The Boston Globe for her stand against prejudice, racism, and xenophobia. When not busy working, Momo likes to go out with her friends and explore her horizons.

Where Is Leah Kudel Now?

Leah Kudel’s professional career has grown by leaps and bounds. In the Fall of 2021, Leah established Suspended Studio, a glassblowing studio and gallery space at 6401 107a Street North West, Edmonton, Alberta. As the owner and lead glassblower of the business, Leah’s skills are hard to miss. Those interested in learning more about the art of glassblowing can apply for classes in the studio. The shop also provides the opportunity to purchase beautifully crafted glass pieces through the internet as well as on location.

A post shared by Leah Kudel 🔥 Blown Away S1 (@suspended_studio)

Where Is Annette Sheppard Now?

As of writing, Annette Sheppard holds the position of Senior Product Marketing Manager, Industry Marketing, at Oracle. The ‘Blown Away’ star has retained her passion for glassblowing and often makes beautifully handcrafted masterpieces, besides building and playing ukeleles. As a fan of nature and the outdoors, Annette enjoys camping whenever possible. Furthermore, her interest in the field of Artificial Intelligence and Machine Learning is commendable. Annette is a proud owner of an adorable mini Australian shepherd called Poppy and has undertaken a restoration project and hopes to transform a house from 1926.

Where Is Edgar Valentine Now?

After his time on season 1 of ‘Blown Away,’ Edgar Valentine returned in the first season of ‘Blown Away: Christmas’ to showcase his skills again. The artist has his own website that offers glass pieces, soft goods, and accessories; his sculpted works can also be purchased from Seattle Glassblowing Studio. As of May 2022, several of Edgar’s works are on display at Tacoma Art Museum in Tacoma, Washington. Apart from glassblowing, Edgar likes to work on DIY projects and has a knack for several artistic talents.

Where Is Benjamin Kikkert Now?

When not working on his craft, Benjamin enjoys the beauty and peace nature provides. Moreover, he was featured in a Vancouver-based magazine called Vancouver Is Awesome for his exceptional skills.

Where Is Kevin Kiff Now?

Kevin Kiff seems to have been enjoying his time glassblowing and learning more about the craft. However, the artist recently shared a piece of unfortunate news- through his social media, Kevin stated that his pelican case, which contained all of his glassblowing tools, was stolen on July 19, 2022. Apparently, the thief broke the rear window of his truck to steal his property. The artist shared his grief over the theft as several tools within the case were gifted from dear friends and hold sentimental value.

Kevin claims such items were not replaceable but hopes to rebuild his tool set. Unlike most artists on the list, he does not seem to have any online portals where one can purchase his works. The ‘Blown Away’ contestant seems like an outdoor fan and has a dog who often joins him on his hikes.