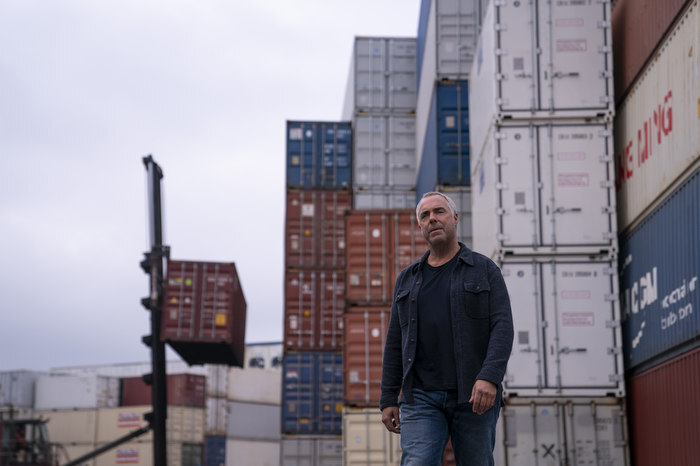 As the first season of ‘Bosch: Legacy,’ the spin-off-sequel series of Amazon Prime Video’s ‘Bosch,’ draws to a close, it ties up most plot threads. In episode 9, titled ‘Cat Got a Name?,’ Bosch (Titus Welliver) discovers what really happened to Whitney Vance. The season finale, titled ‘Always/All Ways,’ comes with the revelations about Dr. Basu’s killer and the destinies of Vibiana Veracruz and her Son. However, the show creators still manage to end the inaugural season on a cliffhanger. Here is everything you need to know about it. SPOILERS AHEAD.

Episode 9 begins as the assassin that John Creighton has employed sneaks into Bosch’s office while he is out with his dog. However, Bosch figures out that she has been there and removes the bug from the table lamp. He later visits Ida Porter to tell her about the will. Initially, she doesn’t seem to believe him, especially when Bosch reveals that Vance named him the executor of his estate. Her behavior changes when he tells her that Vance left her $10 million. At Chandler’s (Mimi Rogers) office, she and her colleagues formulate a plan on how to proceed with the lawsuit against the LAPD for the wrongful death of Nicole Davis. Meanwhile, the police expand their search for the rapist in a luchador mask, with Maddie (Madison Lintz) and Vasquez taking point.

While questioning the people in the Thai Town neighborhood whether they saw a lurker, Maddie spots an inspection notice and leaves a message for property inspector Kurt Dockweiler (Will Chase). Later, Dockweiler calls her back. It is revealed that he has looked her up on the internet before making the call. While going through the dumpsters, Maddie finds the mask she and Vasquez think belongs to the rapist. Towards the end of the episode, the assassin comes for Vibiana and her son Gilberto.

In the first season finale, Harry gets Vibiana and Gilberto out safely before the assassin can get them. With Mo’s (Stephen Chang) help, he gets the video of the assassin killing Sloan. Bosch subsequently kidnaps John Creighton, the head of the Trident Security, and tortures him for information about the assassin. Bosch and Chandler have a falling out after the latter secures access to the bodycam footage of every officer present at the scene of Nicole Davis and James Sharp’s death, including Maddie.

Detective Morrison has a change of heart after Chandler shows him footage of what appears to be the SIS taking Sharp’s gun from the trunk of his car and placing it close to him. Morrison asks Chandler not to make the lawsuit about money. Instead, he urges her to use it to bring real changes to the LAPD. However, Chandler points out that her client is a young boy who has lost his mother, and her primary objective is to help him. In the final sequence of the season, Maddie is seemingly attacked by the rapist. When Bosch arrives at his daughter’s home, he finds neither of them but spots signs of a break-in.

Bosch: Legacy Finale: How Did Whitney Vance Die? Was It Murder?

Whitney Vance is a billionaire industrialist who has expanded the generation wealth he inherited from his family. He contacts Bosch hoping that the former Hollywood homicide detective turned private investigator can help him find what happened to the girlfriend he deserted seven decades ago and the child she was pregnant with at the time. Bosch’s investigation reveals that Vance has heirs — granddaughter Vibiana and great-grandson Gilberto. However, by the time Bosch makes those findings, Vance has already passed away.

In episode 9, Bosch learns from the detectives investigating Vance’s death that someone killed the billionaire by placing a pillow over his face. When the detectives mention seeing Vance’s gold pen at the scene, it catches Bosch’s attention. When Vance supposedly made him the executor of his will, he sent the pen along with the papers. However, according to the detectives, they saw the pen at Vance’s home after his death. After the autopsy, the detectives went back to take more photos, and the pen is missing from them.

Bosch and Chandler eventually confront Ida Porter (Kate Burton), who admits that she killed her erstwhile employer. In the last stage of his life, Vance couldn’t write his letters or sign them, so Ida did it for him. Vance did instruct her to write the will and make Bosch its sole executor. But he didn’t leave anything for her, which she felt was unfair as she had taken care of him for all these years. So, she added a part about Vance leaving her $10 million. However, Vance subsequently started feeling better and wanted to make the will official. Realizing her actions would be discovered if that were to happen, Ida killed Vance. After her confession, she is arrested.

With Dr. Basu, it was always certain that he was murdered. Bosch discovers that Dr. Vincent Shipman (Gabriel Tigerman), one of the physicians working under Basu at the clinic, was using the facility as a prescription mill. He wrote false prescriptions for the homeless and then sold the opioid pills himself. Harry has Mo record Shipman during one of the transactions with his customers. Moreover, the stab wounds that Dr. Basu sustained were surgically precise. Dr. Basu found out about what Shipman was doing, and the latter killed him for it. Bosch gives all the evidence he has found to Detective Gustafason, the officer working on the case, and urges him to conclude the investigation the right way. Chandler later informs Bosch that Shipman has been arrested, and her client, Jeffrey Herstadt, is no longer a suspect.

Do Vibiana and Gilberto Die? 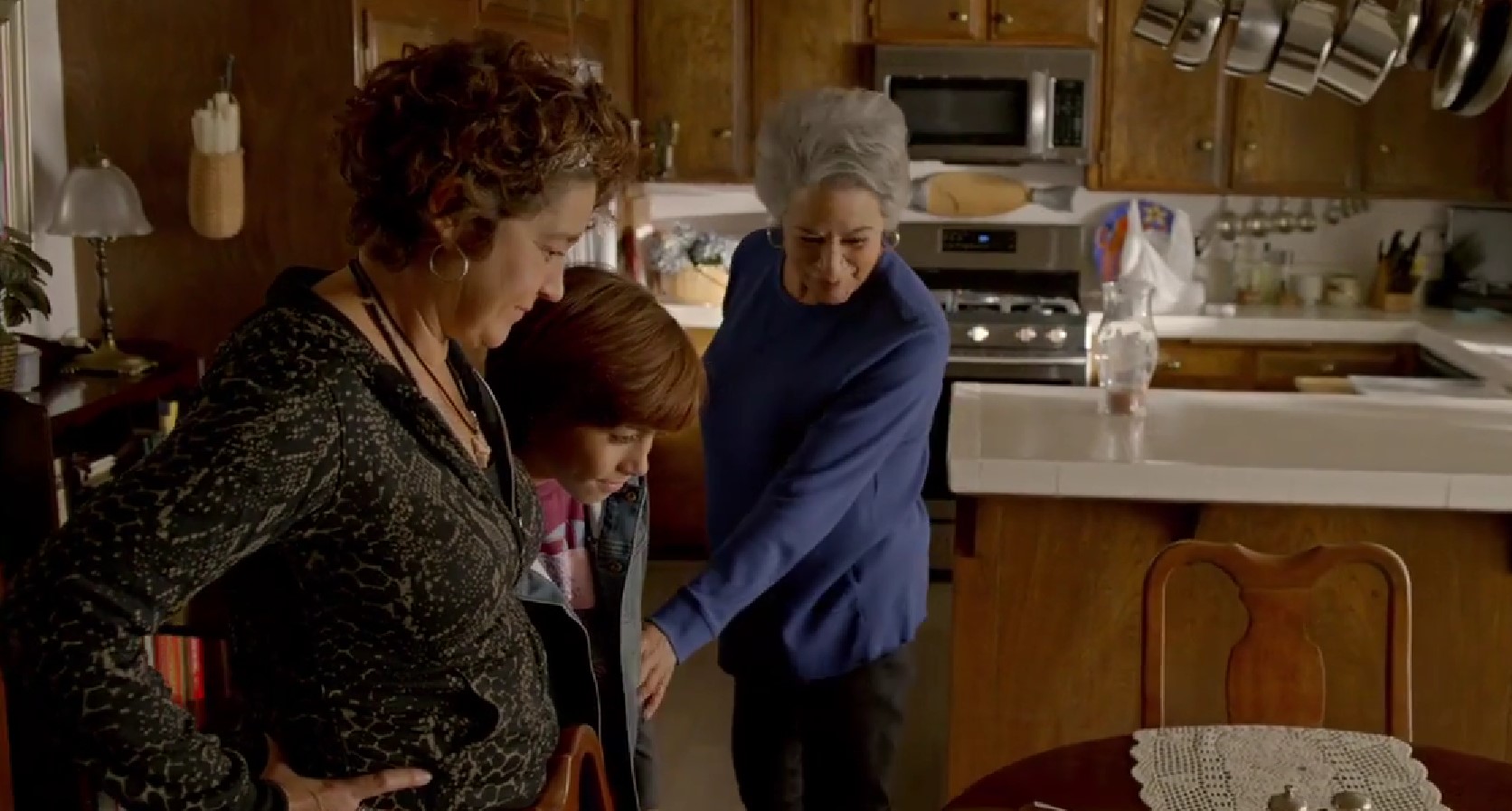 No, Vibiana and Gilberto don’t die in the first season of ‘Bosch: Legacy.’ Bosch lures the assassin by making her believe that Vibiana and her son are at Vance’s country house. In the ensuing gunfight, the assassin is killed. Bosch subsequently releases Creighton, who offers him a job, claiming that they need people like Bosch at Trident Security. Predictably, Bosch refuses. Chandler later files a petition to determine the administration of Whitney Vance’s state. They have DNA evidence proving that Vibiana and Gilberto are related to Vance. At the same time, Chandler and her team don’t reveal their clients’ identities to the press, knowing it is still a sensitive issue.

Read More: Is Bosch’s House Real? Where is it Located?