Are Bri and Chris From Bachelor: Listen To Your Heart Still Together? 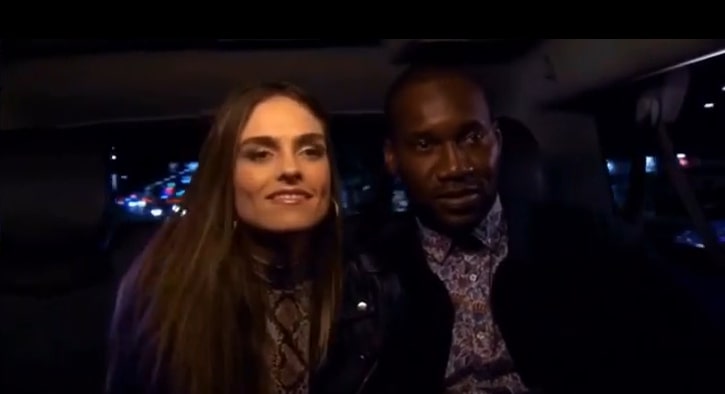 Things have been heating up in the ‘Bachelor: Listen To Your Heart’ mansion! While the first week of the season focused on the complex connections between Trevor, Jamie, Ryan, Matt, Rudi, Julia, and Sheridan, the second week has brought another strong couple to the forefront. Bri and Chris hardly got any screen time previously, but it seems like they’re preparing to give a tough competition to others. After all, slow and steady wins the race!

Bri and Chris: Bachelor: Listen To Your Heart Journey

While we were too wrapped up in the love triangle dramas and busy getting sucked into misunderstandings and confrontations in the first week, we missed out on the innocent love story that was beginning to blossom between Chris and Bri. The second week has finally shown us that the couple has strong potential.

Chris Watson is a 30-year-old music artist from Los Angeles whose primary focus lies in the genre of soul. He was lucky enough to receive a rose from Bri Stauss. The 28-year-old pop singer from Utah hit it off with him instantly. Their connection has been so intense that it led them to be open and vulnerable with each other despite facing trust issues in the past.

The two were sent on a dream date to Hollywood’s Guitar Center, wherein both of them shared about their past. Bri told Chris that she had been engaged previously and her ex-fiance broke up with her when she was shopping for a wedding dress. Chris confessed that Bri made him feel special and brave. The duo even said their first ‘I Love You’ to each other!

It seems like another couple has joined the race to win the show. Bri and Chris are quite involved with each other and stay away from drama. Their maturity and seriousness seem authentic and genuine. Other couples might want to up their game!

Are Bri and Chris Still Together?

It seems like Bri and Chris might still be together after the filming of the show. If rumors are to be believed, they might have even ended up in the finale as well. Chris Harrison had recently hinted at an engagement happening on the show. It might be too soon to predict that Bri and Chris is the couple who get engaged, but it is always a possibility! Although there are strong connections building in the mansion, some hints from the preview of the show direct us towards believing that the duo might last long.

Even though they haven’t posted anything about each other on their Instagram accounts, the two follow each other. Bri had also commented on a post by Guitar Center saying that she had had the best date there. Chris, too, has been recording covers of way too many love songs! The couple seems to be in a really happy place in life, and such excitement and glow only come when true love knocks on the door!

Read More: The Bachelor Listen to Your Heart Episode 3