Cha Cha Real Smooth Ending, Explained: Do Andrew and Domino End Up Together? 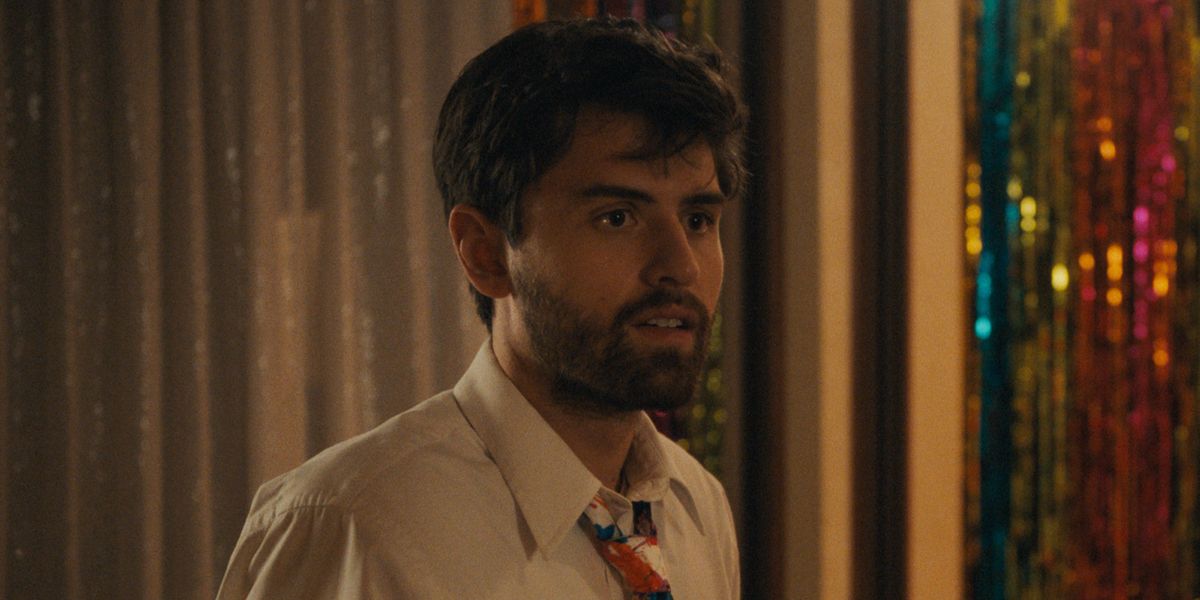 ‘Cha Cha Real Smooth’ is a comedy-drama film written and directed by Cooper Raiff. The film revolves around Andrew (Raiff), a bright 22-year-old fresh out of college youngster searching for his place in the adult world. In the process, Andrew forms a kinship with a young mother, Domino, and her autistic daughter Lola.

How Andrew’s experiences with Domino and Lola shape him for his transcend into adulthood form the premise of this heartfelt and feel-good story. However, the coming-of-age film also presents Andrew with some difficult choices and harsh truths about adulthood. If you are looking for an explanation of Andrew’s journey, here is everything you need to know about the ending of ‘Cha Cha Real Smooth.’

‘Cha Cha Real Smooth’ opens with a 13-year-old Andrew attending a bar mitzvah party. Andrew falls in love with the party arranger, a woman significantly older than him. The woman gently turns down Andrew’s approach leading to his first heartbreak. Years later, Andrew is fresh out of college, aimless about his aspirations and goals in life. He works at a mall food court and lives with his mother, younger brother, and stepfather, Greg. One evening Andrew takes his brother, David, to a bar mitzvah party. 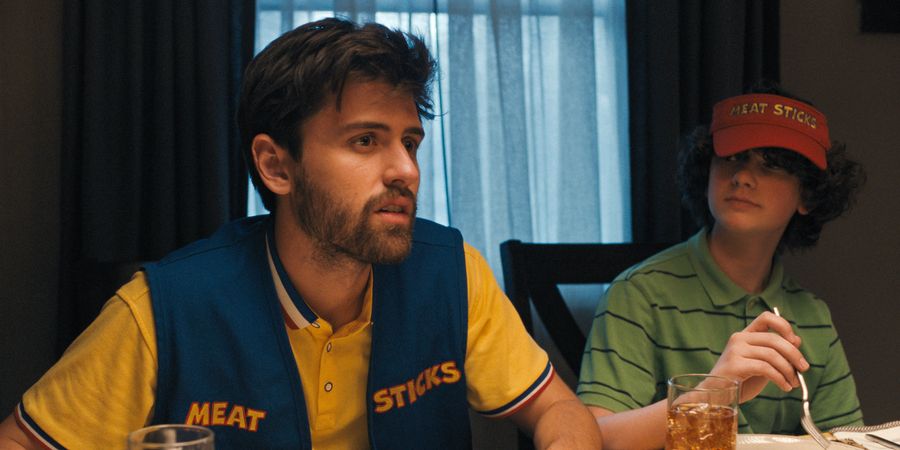 Andrew’s charming personality and endless compassion help put some fire into the otherwise boring party. At the party, Andrew meets Domino (Dakota Johnson), a single mother who is the subject of some gossip among the local mothers. Domino’s daughter, Lola (Vanessa Burghardt), is autistic and struggles to fit in at the party. Andrew bonds with Lola and Domino, helping them mingle with the others. The party’s success inspires the other mothers to hire Andrew as a “party starter” for bar mitzvahs. Andrew accepts the job, thinking it will help him earn extra money while he figures out what he wants to do next in life.

Andrew becomes Lola’s babysitter and befriends Domino. He learns that Domino is engaged to a Chicago-based lawyer, Jose. However, Domino can’t help but be attracted to Andrew. Andrew also falls for Domino but becomes perplexed because of her commitment to Jose. On the other hand, Domino finds comfort in Andrew’s company. Despite her attraction toward Andrew, her tragic past stops Domino from pursuing a romantic relationship. Meanwhile, Andrew applies for a job at an NGO but doesn’t expect to be called back after bombing the interview. Confronted with the realities of adulthood, Andrew creates a scene at a bar mitzvah party and is forced to take control of his own life.

Cha Cha Real Smooth Ending: Do Andrew and Domino End Up Together?

During the film’s final act, Andrew hosts a bar mitzvah party which Jose and Lola attend, but Domino doesn’t. Andrew learns that Domino will be moving to Chicago and marrying Jose. The situation prompts Andrew to drink, and he creates a scene. After returning from the party,  Andrew goes to Domino’s house and confronts her about their feelings for each other. Andrew professes his love for Domino, but she turns him down. The scene parallels Andrew’s first heartbreak as he is forced to confront reality and deal with his emotions. Soon after, Andrew starts his new job at the NGO, turning a new page in his life. 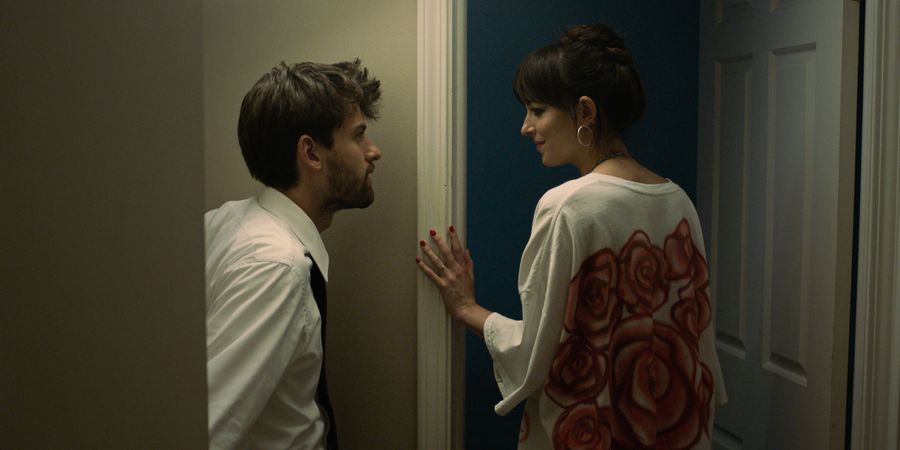 In the film’s final moments, Andrew goes to the school to pick up David. However, he runs into Domino, and the two have a final heart-to-heart. Domino expresses her gratitude for Andrew’s kindness and compassion toward her and Lola. Domino and Andrew bid farewell to each other and move on with their lives. In the end, Domino marries Jose while Andrew moves out of his mother’s house and explores a life full of possibilities. Thus, on a superficial level, the film ends on a somewhat bittersweet note for Andrew.

Why Does Domino Turn Down Andrew?

Andrew and Domino perfectly compliment each other and have an electric chemistry that would have made them a great couple. Moreover, Andrew shares a close bond with Lola, and the young girl appreciates Andrew’s company. However, despite her commitment-phobic actions, Domino doubles down on her intent to marry Jose when Andrew confesses his feelings for her. 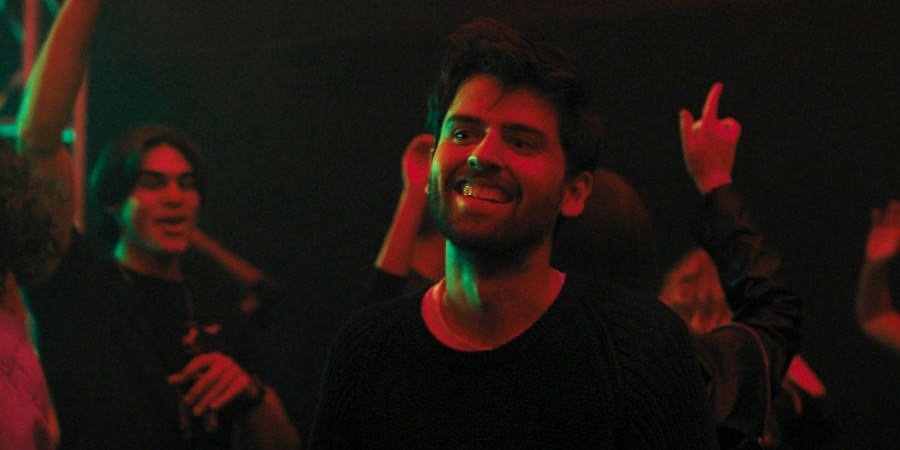 Unlike Andrew, who has a road full of possibilities and is free of inhibitions, Domino’s wisdom is carved out of learning harsh life lessons. Her first husband abandoned her and Lola. Therefore, she fears that Andrew might feel a sense of resentment towards her as he matures into his 20s. Once the facade of the carefree bachelor fades and Andrew is hit with the realities of life, he might feel differently about life with Domino and Lola.

However, as Domino explains to Andrew, he is yet to discover himself, and it is too early for him to decide that he wants to settle down with Domino and Lola. Therefore, her biggest reservation about pursuing a romantic relationship with Andrew is stealing the sense of freedom and possibilities away from Andrew that life once took away from her.

The scene where Andrew experiences a heartbreak is reminiscent of the film’s opening scene. Both scenes highlight Andrew’s sensibilities and are experiences that essentially shape him as a person. The scenes provide a warm look into Andrew’s compassionate exterior and unapologetic tendency to project his inner vulnerabilities without much hesitation.

Andrew provides a stark contrast to Domino, who struggles to prioritize her emotional needs. Domino telling Andrew that one cannot simply decide that they love someone and expect a happy ending is a heartbreakingly honest portrayal of the risk one carries while falling in love. Andrew’s warm and respectful response to Domino’s feelings is highlighted during their farewell conversation, and it shows Andrew’s growth from a 13-year-old boy to a maturing adult. However, Andrew bawling his heart out in the car and turning to his mother for emotional support once again highlights the character as an adult in the making who still has a bit of a child inside him.

Ultimately, Domino and Andrew do not end up together. However, their time together helps Andrew cross a metaphorical a ditch between being an adult and having the real-world sensibilities of an adult. The final montage depicts Andrew reveling in the freedom of his 20s, thereby proving Domino was right in her assessment of their situation. Thus, the film ends on a heartfelt note as both Andrew and Domino find happiness.