Chef Sohla El-Waylly: Everything We Know 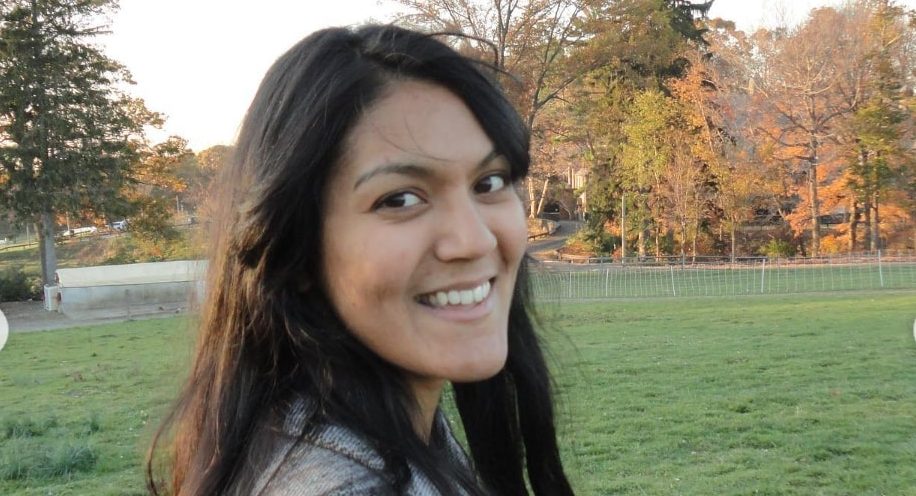 Created by Dan Levy, ‘The Big Brunch’ is an HBO Max food competition show that pits up-and-coming yet skilled chefs from all around the country against one another. The candidates get to display their culinary expertise and creativity while also expressing their life stories and business aspirations in exchange for an alluring monetary reward of $300,000. The plethora of innovative delicacies the competitors present in front of a fun bunch of judges makes the show one of a kind.

Dan Levy serves as the entertaining and fun host, while chef Sohla El-Waylly and restaurateur Will Guidara appear as the judges. The former is a highly experienced chef and internet personality whose expertise, knowledge, and witty presence have brought a unique essence to the show. Thus, her ever-growing sea of fans must now also be eager to know everything about her, ranging from her family to her career to her dating life. If you’re such a curious fan, here’s what we found out!

Sohla El-Waylly hails from a loving family who has roots in the beautiful country of Bangladesh. Sohla was, however, born and brought up in San Fernando Valley, Los Angeles, in a Bengali American family who owned and ran Baskin-Robbins ice cream stores. She has the strongest food connection with her mother, Salma Banu, who had the same zeal for experimenting with different dishes and ingredients. She recalled her mother going to a specialty market, picking an untried ingredient, and trying to cook something new with it.

Therefore, Sohla had the pleasure of eating several multi-cultural foods like Bangladeshi-style korma with fish balls. In an interview with Vulture, she talked about learning cooking techniques from her mother, saying, “My mom’s like a chef. She taught me everything. She didn’t know the names of knife cuts, but I remember having an in-depth conversation about how you cut potatoes for different stews so the potato cooks at the same time as the protein. That’s a complex thought that, once you understand, you can translate to any dish.”

Sohla also admits to being a super-picky eater in her childhood and disliking meat, which she eventually worked on by eating everything. She eventually studied the conventional way in college, taking up Economics at the University of California, Irvine, and worked at a Cheesecake Factory for extra money. She went backpacking around Europe after graduation. While there, she connected with people through the language of food. “I’d do a big English breakfast for everyone at the hostel and then they would be my friend and be like, ‘Come sleep over at my apartment,’” Sohla added.

When Sohla wanted to become a chef, she started at the bottom by washing dishes and doing similar work in all the white-tablecloth restaurants, such as Providence, Mélisse, and Hatfield’s, at the time. She joined the Culinary Institute of America in 2008, but it did not turn out to be her best experience. As it turns out, she recalled being sexually harassed by a dean but found no help when she spoke about it to a female dean, who asked her to get used to such behavior in the “real world.”

Sohla El-Waylly kickstarted her career by working at several restaurants such as Pok Pok, Momofuku, Atera (that earned two Michelin stars), and Joe Bastianich’s Del Posto. Sohla collaborated with fellow chef, Ham El-Waylly, in March 2016 to open a neo-diner in Greenpoint, Brooklyn, called Hail Mary. However, it couldn’t last for more than a year as they had opened it without outside investors and only “brown Food” expectations from customers because of their cultural backgrounds. In 2018, Sohla joined the food media arena with Serious Eats for a year and then moved to Bon Appétit in 2019.

Apart from being an Assistant Food Editor at Bon Appétit, Sohla also frequently appeared on their YouTube channel. However, she reportedly had a dark experience at Bon Appétit as she accused them of allegedly discriminating against employees of color and paying them less even with more experience. The situation escalated to a point where the Editor-in-chief, Adam Rapoport, ultimately had to resign. Around August 2020, Sohla announced that she had left the organization.

Sohla then joined a new series titled ‘Stump Sohla’, which was part of Andrew Rea’s Babish Culinary Universe on YouTube. After working on the series till early 2021, Sohla’s career took a new turn when she joined Food52 for a weekly column called ‘Off-Script with Sohla’, which also has a YouTube version. Simultaneously, she also hosts a web series for the History channel named ‘Ancient Recipes with Sohla’ as well as the show ‘Mystery Menu’ for the New York Times Cooking YouTube channel.

Moreover, Sohla is soon releasing her cookbook inspired by the immense love she received from her fans over the years with her online presence. The culinary creator’s venture into HBO Max’s reality competition, ‘The Big Brunch,’ brings her into the world of television, which will surely open new doors for her.

Sohla has been married to fellow Culinary Institute of America classmate Hisham “Ham” El-Waylly. Ham was born to Egyptian-Bolivian parents in Doha, Qatar. The couple met at culinary school and hasn’t been able to be apart ever since. They have been together for over a decade and celebrated their 12th wedding anniversary in July 2022. As of today, Sohla and Ham live in New York with their two adorable doggies, Vito and Clem.

The pair’s passion for food and unique food creation has helped them collaborate on numerous occasions. They had even opened up a diner in Brooklyn called Hail Mary, which they operated with utmost care and love with their own money. However, after they had to close it permanently, the couple still remained optimistic and figured out different ventures to get them further in their career. Thus, we wish Sohla and Ham the best for their future, both personally and professionally.

Read More: Is Will Guidara Married? Who is His Wife?