Christmas at the Castle: Filming Locations and Cast Details 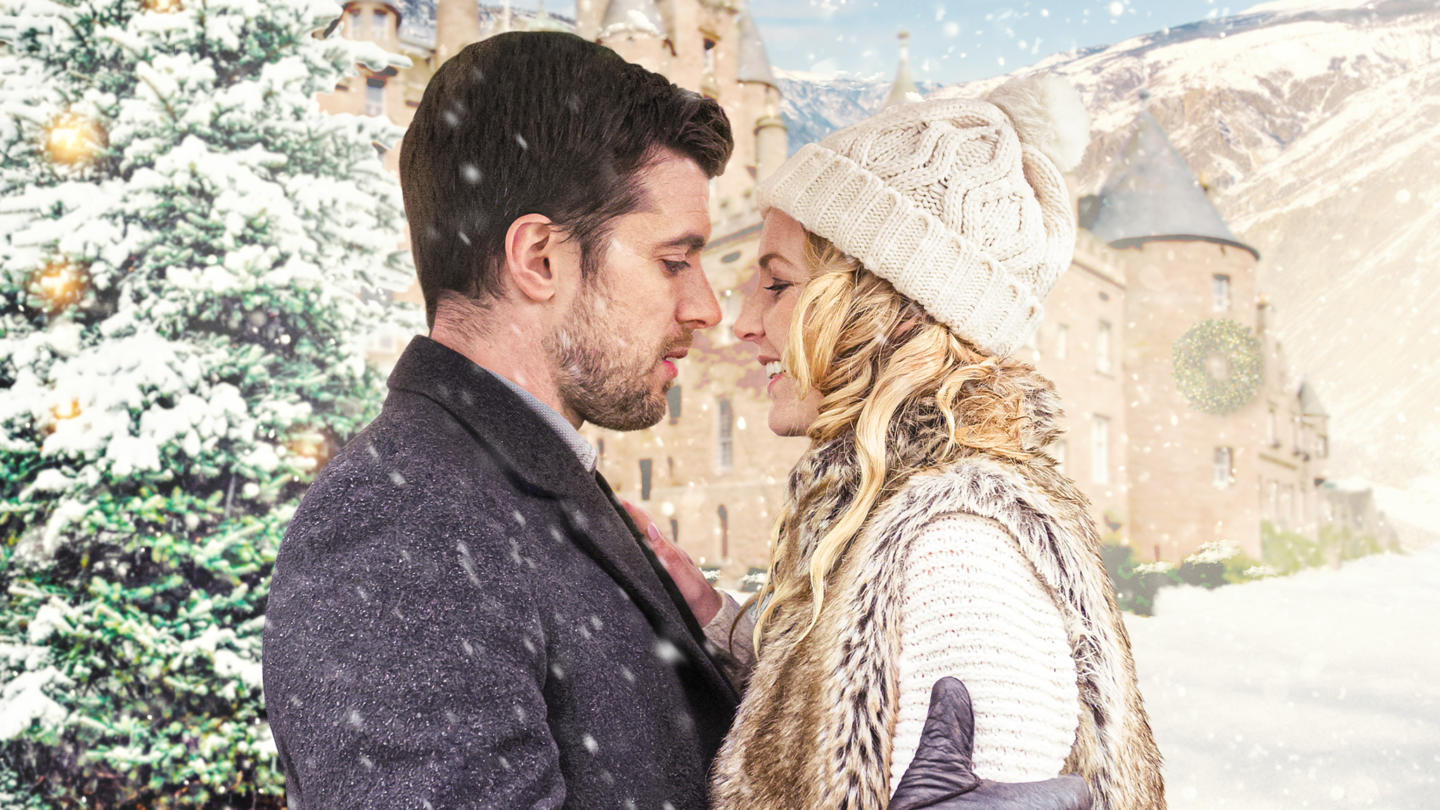 Also known as ‘Christmas in the Highlands,’ Lifetime’s ‘Christmas at the Castle’ is a royal-themed romantic movie that adds extra magic to Christmastime romance. Blaire Henderson is a perfume expert who is sent to Scotland to find a rare fragrance. When she does find the dashing license owner of the perfume, Alistair McGregor, the issue is that he is not willing to sell.

Run out of options, Blaire decides to pose as a documentary filmmaker to learn the secret formula of the perfume. As they spend more time together, neither of them expect to fall in love. However, sparks fly between the pair. Set against the backdrop of Scottish beauty and grandeur, you must be curious about where it was filmed. Here is what we know!

Christmas at the Castle Filming Locations

‘Christmas at the Castle’ was filmed on location in different parts of Scotland, specifically Angus, Edinburgh, Aberdeenshire, Highland, and Perthshire. The principal photography for the film was carried out in December 2018. Let us take you through the details of the filming locations!

Glamis Castle in Angus stands in for the home of the Duke of Glenmorie in the film. The castle, with its Baronial style, long driveways, and the clock tower, was primarily used for the exterior shots. It is known for its spooky atmosphere, which has inspired writers like Shakespeare and Charles Dickens to write about the castle. 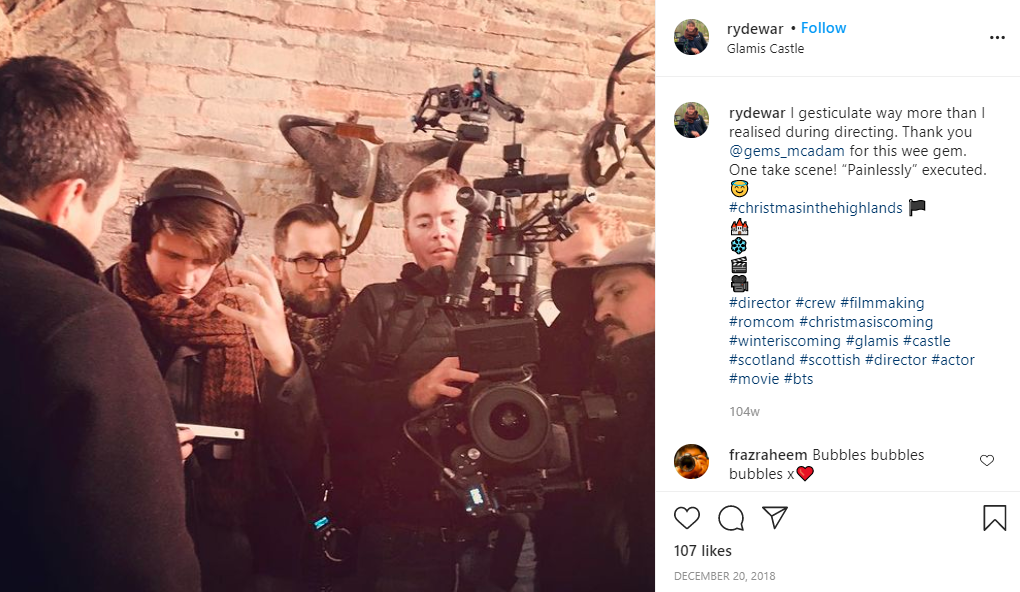 Multiple locations in Edinburgh feature in ‘Christmas at the Castle.’ One of the most recognizable among those is the Edinburgh Christmas Market and the Edinburgh Castle, where Blaire and Alistair watch the fireworks.

Enjoying the Edinburgh Christmas Market with the talented @brooke_burfitt… We filmed "Christmas At The Castle" two years ago in Scotland – and now you can finally watch it on @LifetimeTV, this December 23rd at 8 PM! #christmasatthecastle #itsawonderful… https://t.co/LiyEbCm83g pic.twitter.com/cLzgsDAU4w

The interior shots of the Glenmorie Perfumerie are actually filmed at a distillery called Pickering’s Gin in Summerhall. The diamond-embossed barrels that we see on the screen have craft gin and not perfume. 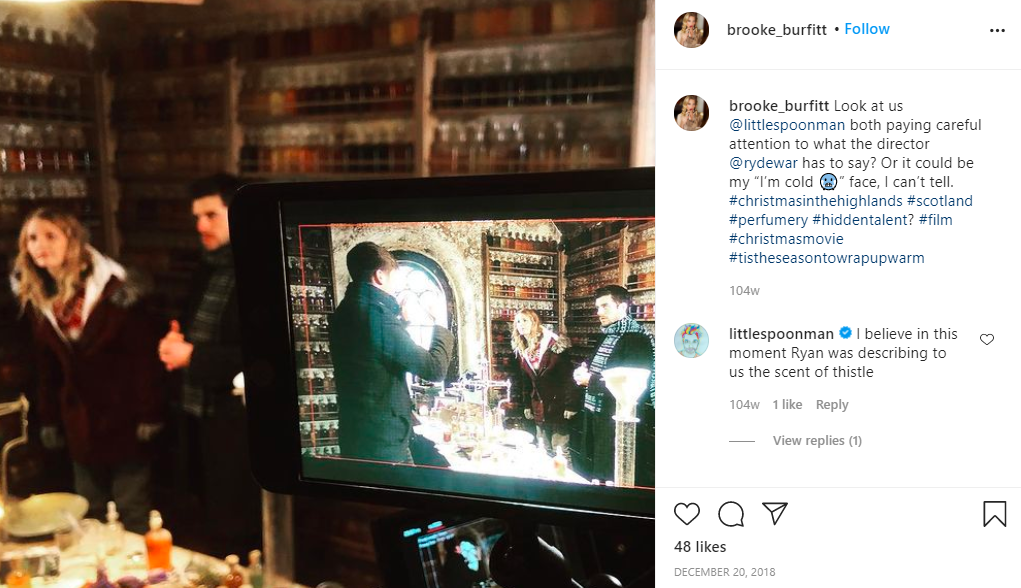 The hotel where Blaire stays is the Moorfield Guest House in Braemar. Interior sequences of the hotel, including Blaire’s room, were filmed here. You might also find it interesting to know that the coach in which she is dropped at the hotel is actually a local coach company, Blacks of Brechin. Several scenes were also filmed at Castle Forbes, which is the seat of Clan Forbes. 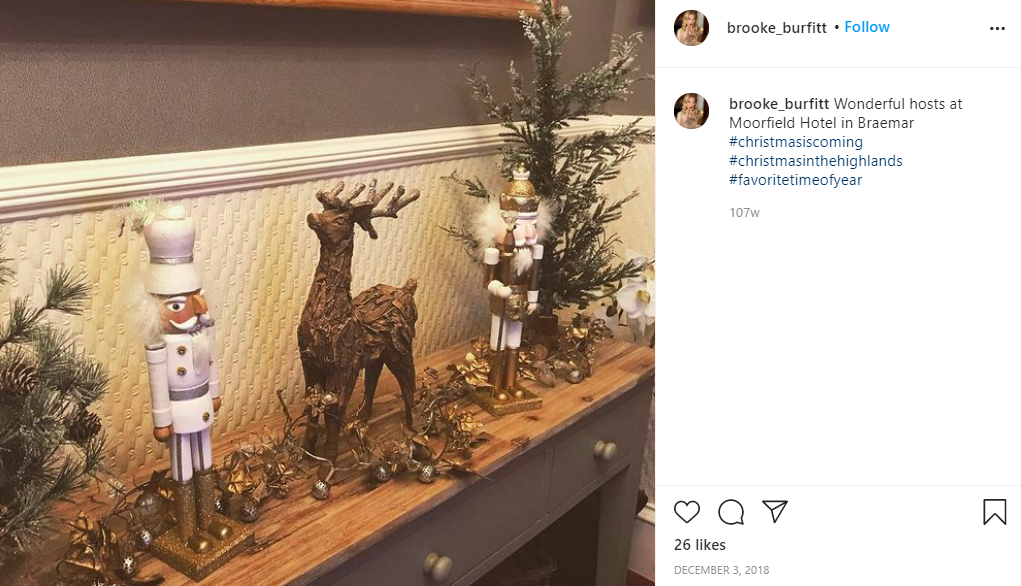 While the interiors of Pickering’s Gin was used for the perfumery, the exterior sequences were shot at Bailliefurth Farm Shop in Nethy Bridge, which is a local food joint. The production team added the Glenmorie Perfumerie signage to match the green window frames and fence of Bailliefurth Farm Shop. The movie was also filmed at the Muckrach Castle in Grantown-on-Spey, in the county of Moray.

The chocolate tasting scene was filmed at a real chocolate shop called Iain Burnett – The Highland Chocolatier in Grandtully. The Master Chocolatier is known for creating some of the world’s finest award-winning chocolates, with unique flavors and textures that are enough to satiate your sweet tooth. 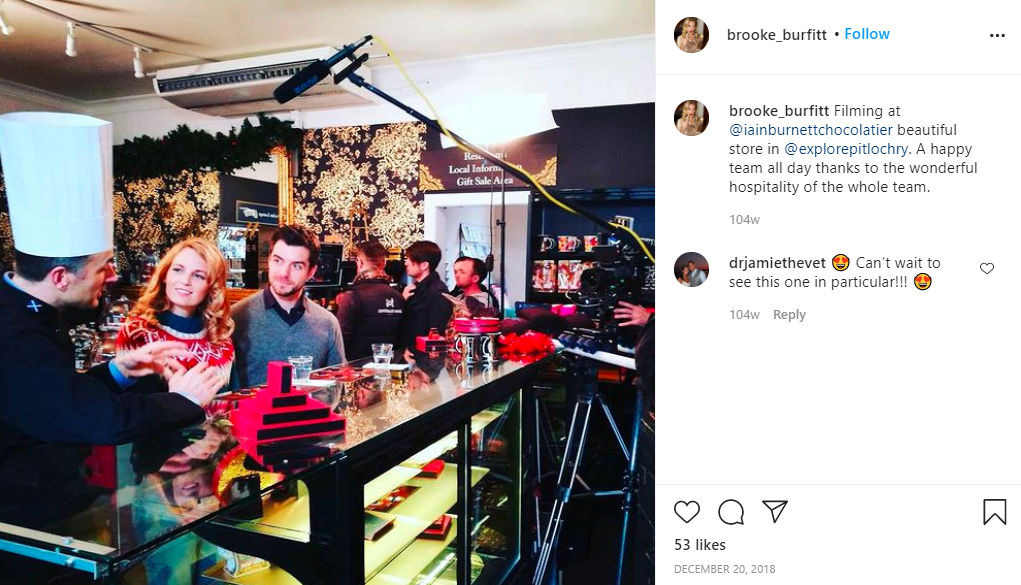 Another location in Perthshire that features in the film is the Thistle and Orchid which is a family-run beauty salon in Pitlochry. The movie filmed scenes both inside and outside the salon. Cairngorms National Park is home to the Cairngorm Reindeer Herd. The movie shot the sequences with the reindeers at this location.

Christmas at the Castle Cast

Brooke Burfitt is an English actress and radio presenter who portrays Blaire Henderson. Her notable credits include ‘By Any Means,’ ‘On the Ropes,’ ‘Mother of All Secrets,’ and ‘Plan Z.’ Dan Jeannotte plays Alistair McGregor. The Canadian actor gained prominence for his roles in ‘Good Witch’ and ‘Reign.’