Christmas on Mistletoe Farm Ending, Explained: Who is Matt’s Dad? 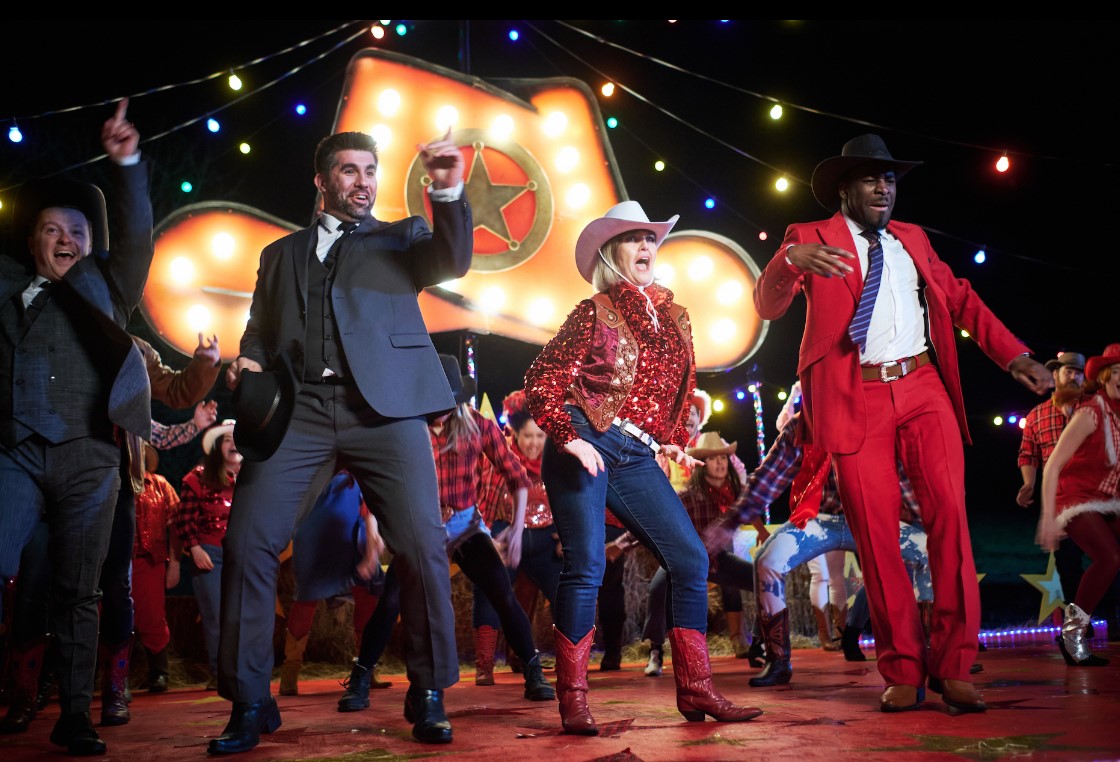 Written and directed by Debbie Isitt, ‘Christmas on Mistletoe Farm’ is a story of love, belonging, and preserving one’s legacy. It revolves around the Cunningham family as they navigate life on a farm that is unlike anything they are used to. The feel-good Christmas flick features Scott Garnham, Scott Paige, Ashley Jensen, Celia Imrie, Kathryn Drysdale, and Carolyn Pickles in lead roles. There are a lot of twists and turns throughout the story with the kid’s innovative plans to stay on the farm and Matt’s struggles to stay afloat in the strange place. A viewer is bound to feel lost and grasp the plot as it came. Don’t worry, we got your back. Here’s what happened at the end of ‘Christmas on Mistletoe Farm’. SPOILERS AHEAD!

Matt and his five kids are grieving the loss of his wife and their mother. When they finally gel well together and begin to do better in terms of regular life, a legal letter informing Matt of his inherited gift turns their life upside down. On the other hand, Matt is stressed about his office work where he has to come up with a great pitch to take over an account. Matt’s friend at work Mo suggests that he should go to the farm for some peace to get the work done. 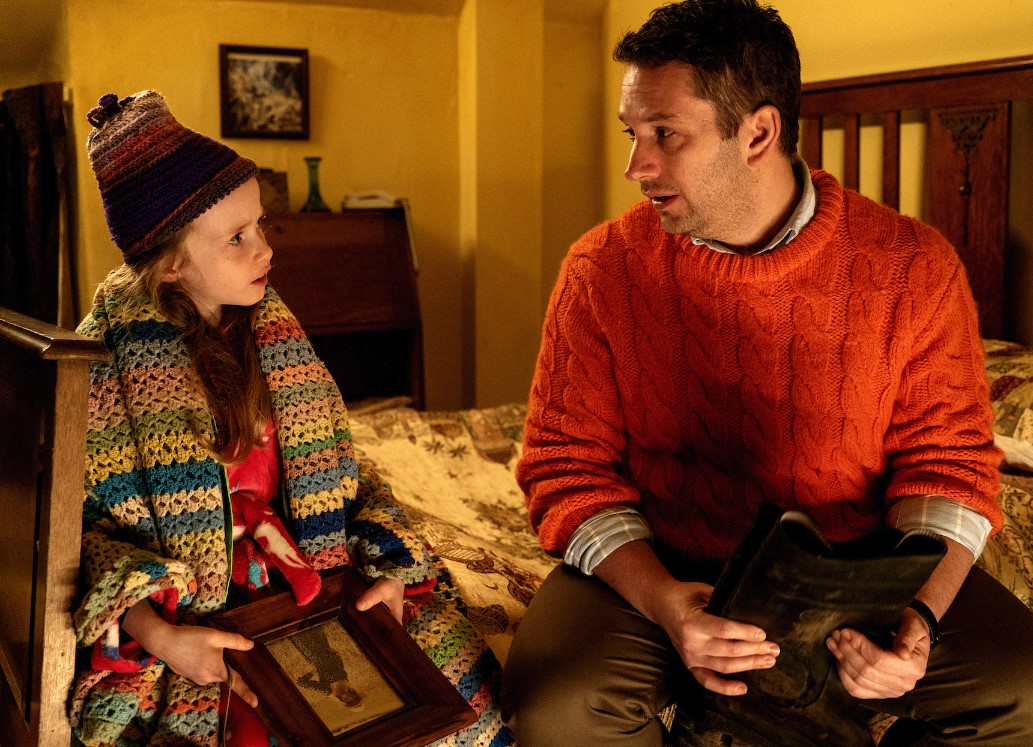 His children also get extremely excited over the idea of staying at a farm, so the Cunningham family sets out to Cobbledon, the town where Mistletoe Farm is situated. They are welcomed with open arms as the town loved his father, who is a local hero. We see Beano, the farmhand, explain the operations and chores of the farm to the Cunninghams. The five children – Rosie, Violet, Buster, Charlie, and Lily fall in love with the farm and the animals. They feel a sense of belonging and connection to the town and its people as well.

When Matt tries to send them to the local school, the kids say no because they hate school. The movie also highlights the various aspects that can make a kid hate school. Like Buster hates it when people make fun of him for liking sparkly things, Rosie’s friends started calling her boring when her mother dies and Violet often feels scared and gets the wobbles while in school. This is a very pertinent issue that impacts the lives of children in the long run. Eventually, they are made comfortable with their personalities and they learn so many other things through unconventional learning methods.

In the meanwhile, Matt is stressed with work as his boss keeps checking up on him and his laptop breaks too. He struggles with the farm work and dislikes the additional responsibilities. This makes him distant from his children and he is unable to spend time with them. The kids miss Matt and try to make him stay so that they can be together as a family again. They collude with Beano and the townspeople to make him stay in the town so that the children can remain happy. The townspeople see this to their benefit as Matt can save the farm from being taken over by greedy developers who will destroy the charm of their town. The rest of the movie hinges on the kids along with the people of the town as they adopt various means to convince Matt to stay.

Christmas on Mistletoe Farm Ending: Does Matt Meet His Dad? Who Is He?

Matt’s dad leaves him and his mother when he was young. In the story, Matt reveals that he got a job in America and he goes away without looking back. After the incident, Matt always wondered if his father will come back to him and if he misses him. A small quotient of his emotional ability gets hampered by his father abandoning him. He closes himself off and does not feel much after that 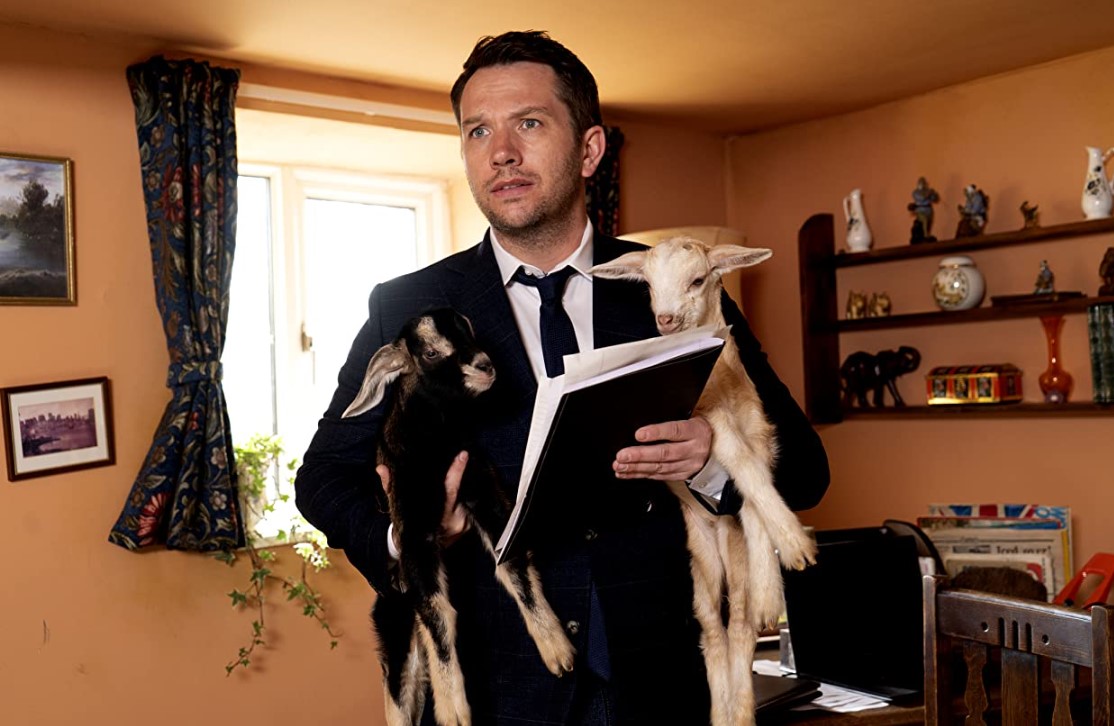 When Matt and the kids enter a town shop, they are greeted by almost all the residents of the town. With only a few dozen people living in the town, they have become a small yet close-knit community who always looks out for each other. They are acquainted with the townspeople and learn what each of them does. The reason why Matt does not get close to the townspeople is that he believes that he will not be staying there for long. The kids however fall in love with the place and the people living there.

In the end, Matt decides to stay at the farm and rejects Fletcher’s job offer. Even the sale deed that he makes for the developers becomes null and void once the Grumpy Lawyer informs them that the property cannot be sold at any cost. This makes the Cunningham family and the townspeople rejoice as the farm is still a part of the Cobbledon family. Matt questions the survival of the farm since it needs a lot of work, so Buster asks him to believe in magic.

He escorts his dad outside where he comes face to face with the Town Crier who gives him a bunch of mistletoe and apologizes for all the Christmases he missed. Turns out, he is Matt’s father who planned this whole debacle to get the Cunningham family to Cobbledon and have them come together at last. The movie is about a father’s wish to reunite with his family for Christmas and finally be with his grandkids. It shows how apologetic and sorrowful Matt’s dad is that he took such measures to have his child meet him. He reached out a couple of times in the past with letters and gifts but Matt’s mother returned them because she wanted to protect her child’s happiness and keep him away from Matt’s dad’s uncertainty.

Do Matt And Ashley End Up Together?

As the Cunningham family enters the small Cobbledon town, they almost crash into a horse with a rider. Reminding Matt of the countryside’s rules, she says that the cars are supposed to give way to horses. This shows the disparity between the city and country folk as their means and ways are very different. The rider turns out to be Ashley, the town’s vet. 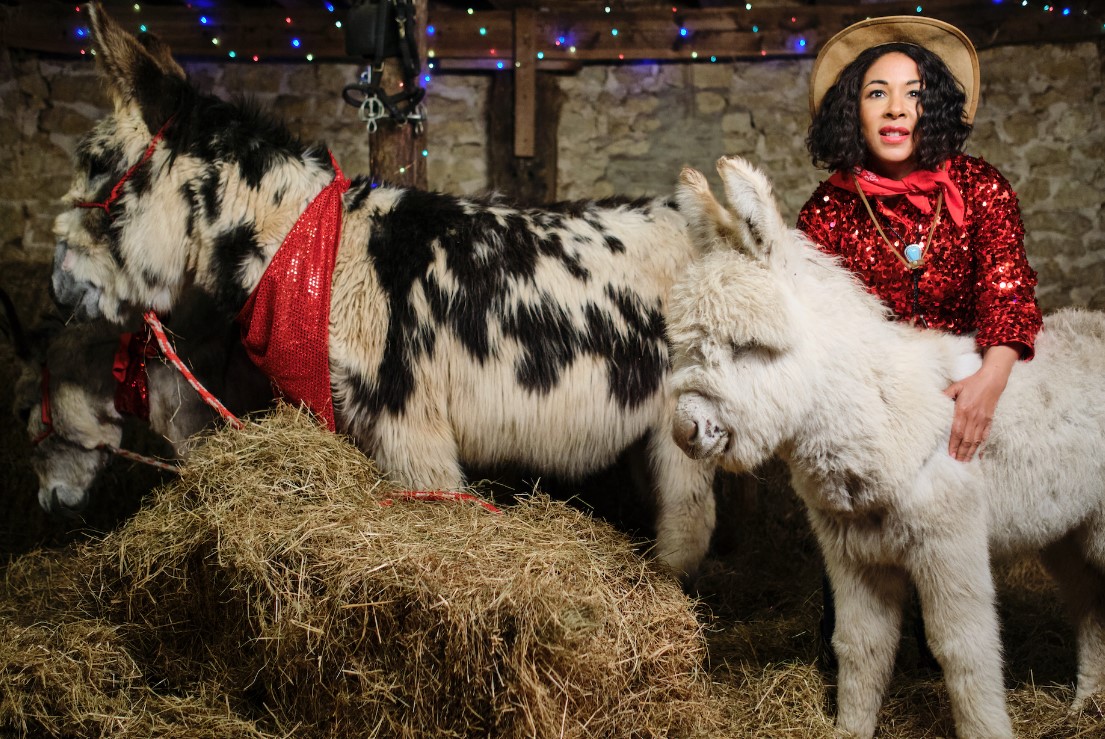 Considering he owns a farm with a lot of animals now, Matt meeting Ashley is bound to be a common occurrence. As the goat and donkey get pregnant, Ashley keeps up regular visits to the farm to maintain the animals’ health. The attraction between the duo is visible to everyone around, but like all rom-com plots, the couple themselves are completely aloof. Even Matt’s kids and Beano pick up on their vibes and decide to take matters into their own hands.

The kids meddle in their lives and create situations where Matt and Ashley need to come together. They even plant mistletoes around the house so that the couple can kiss under it. Their witty banter and playful fights continue throughout the film and add to their building chemistry. In the end, as Matt contemplates whether to stay at the farm or leave for the city, he puts Ashley and their growing relationship in perspective. When his desires seem to be out of reach as Beano informs him that he has sold the farm to the developers, Matt confesses his feelings. Ashley acts as one of the reasons he eventually decides to stay and build a new life together with his kids.

Their love story is a sweet one that has a rocky start as they don’t like each other very much. But eventually, Ashley sees Matt changing to adjust to the farm life and Matt recognizes how helpful Ashley has been. They come together beautifully just as opposites attract. Matt’s kids love Ashley and this adds to the overall decision for them to be together.

How Do The Cunninghams Save The Farm?

After Matt signs the deal to sell the farm to the nasty developers, the townspeople come together to chase the developers away using every means possible. They throw eggs, create fake sewer leaks, and even make them run away by chasing them with a tractor. The kids get with the townspeople to create a ruckus and destroy the deal. Thus, sustaining their dream to stay at the farm forever. 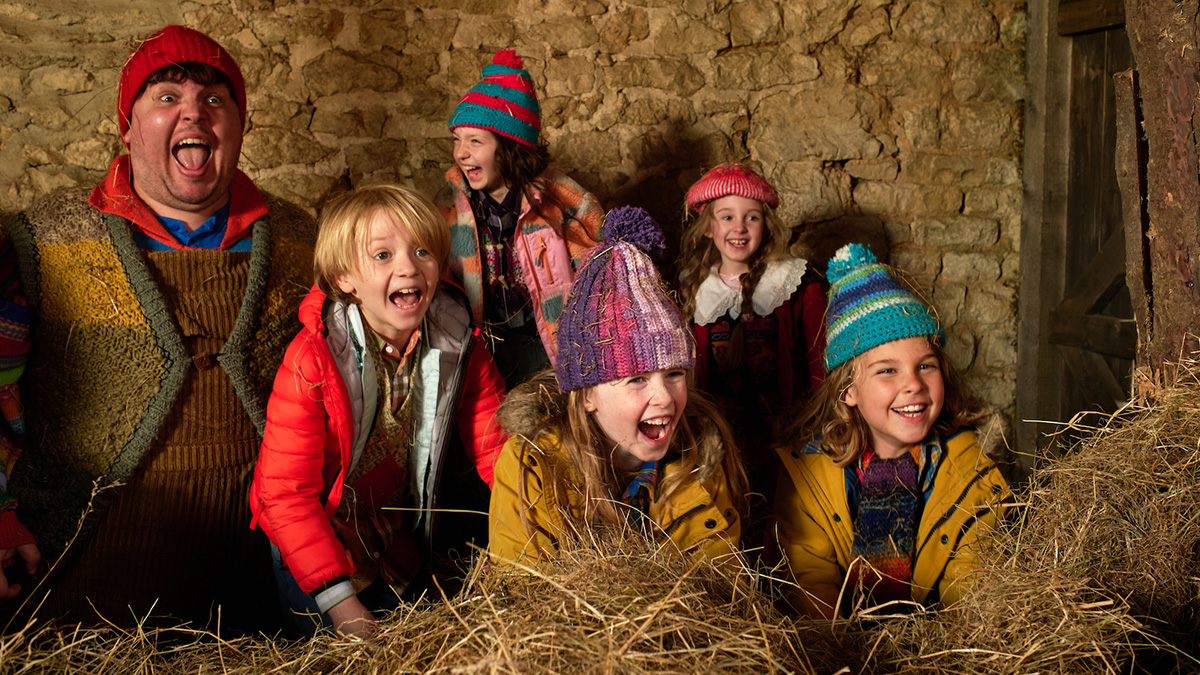 After this, Matt gets very angry at the kids and even throws Beano out of the farm. He takes his anger out on him and blames him for the deal falling out. Eventually, Matt comes around and agrees to stay for his kids’ sake and he finds himself truly happy at the farm. However, Beano tries to do the right thing and gets the developers to sign the deal.

The Grumpy Lawyer comes to everyone’s rescue as he informs the Cunningham family that the farm cannot be sold under any circumstances. It is a property that can only be inherited by the family if they choose to stay on the farm. This saves the property from being sold and the developers go away at last. Cunninghams rejoice along with Cobbledon townspeople with this news and are elated to finally save their precious farm.