Christopher Briney: Everything We Know About The Summer I Turned Pretty’s Conrad

‘The Summer I Turned Pretty’ is a romantic series that revolves around Belly, a 16-year-old girl who comes to her cousin’s beach house during summer vacation. While there, she is reunited with her old friends, Conrad and Jeremiah, who happen to be brothers. As time passes, both boys start developing feelings for her, and Belly has to choose between the two brothers without losing a close friend. The show is based on Jenny Han’s book of the same name.

Upon its release, the series was well-received by the audience, and many praised the phenomenal performances of the actors, including Christopher Briney, who portrays Conrad Fisher. The talented artist brings a much-beloved character to life in the show and has gained popularity for the same. Thus, many of his admirers are curious to know more about his life in detail. If you, too, are a fan and are looking for the same information, we have the answers you need. Let’s begin! 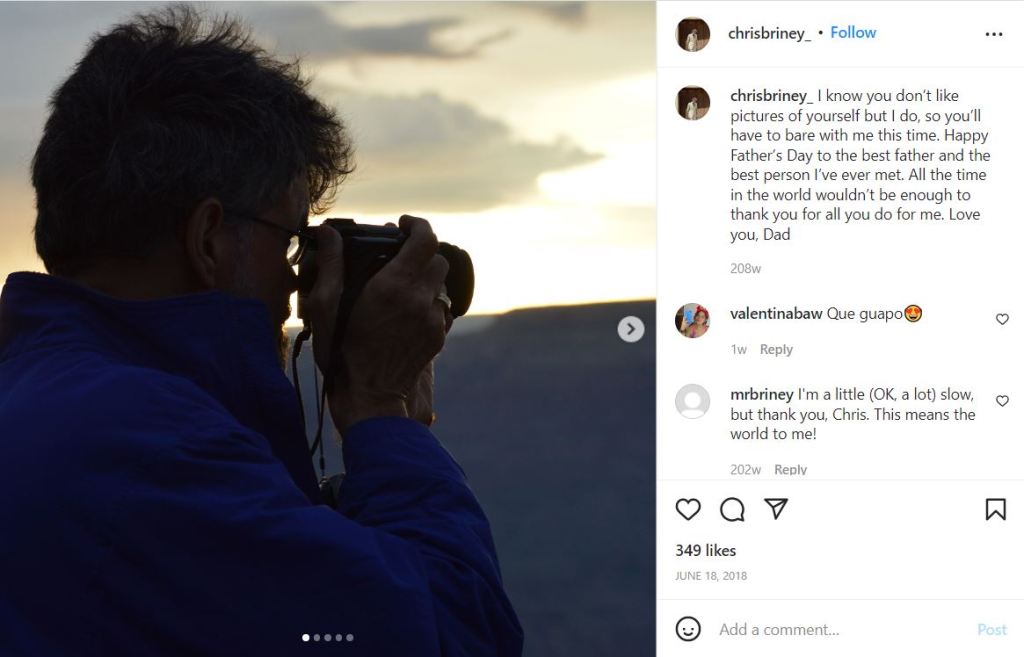 Born in Connecticut, Christopher Briney grew up playing basketball and biking around his hometown. He seems quite close to his father, Michael Briney, whom he appreciates for all he’s done. “All the time in the world wouldn’t be enough to thank you for all you do for me. Love you, Dad,” Christopher wrote in an Instagram post dedicated to his father. 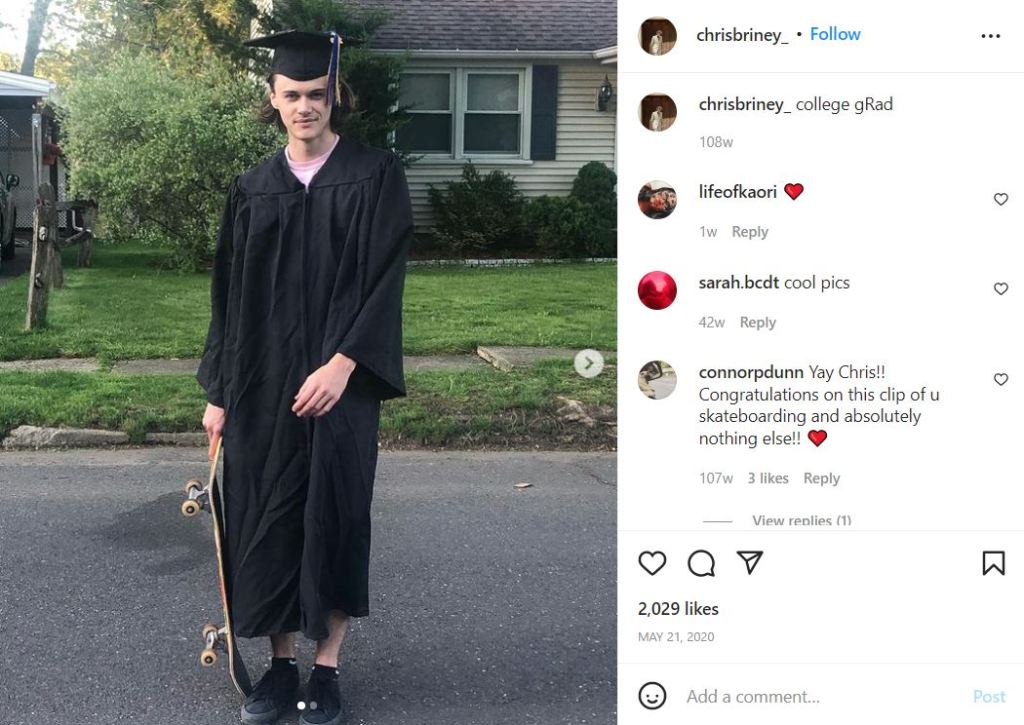 It wasn’t until middle school that Christopher developed an interest in acting. While attending Waterbury Arts Magnet School, he accidentally took an acting class and realized he liked the art. Following his passion for performance arts, Christopher joined Pace University in New York to get a Bachelor of Fine Arts (BFA) degree in Acting for Film, TV, Voiceover, and Commercial. He completed his graduation in 2020 and acquired several skills during his studies.

Christopher has been a part of several theatre productions and even played the titular character in ‘Hamlet’ by Shakespeare Productions. Before the Amazon Prime romantic drama, the Connecticut-born actor had worked in several short films, including ‘Paix,’ for which he served as director, writer, cinematographer, and editor. Needless to say, he is a man of many skills. 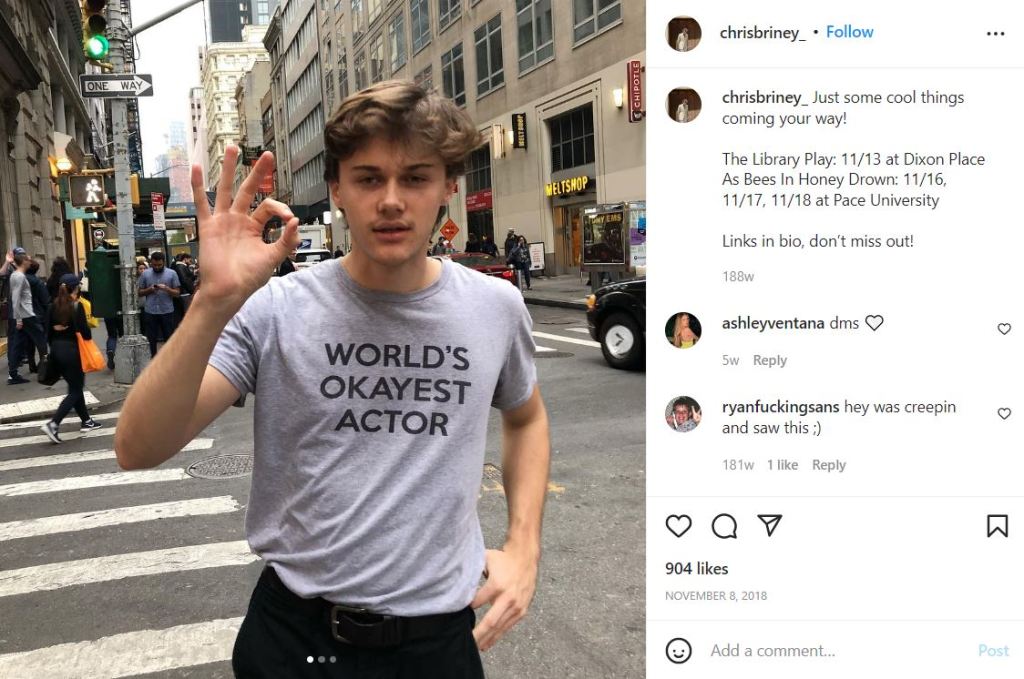 ‘The Summer I Turned Pretty’ offered Christopher just the opportunity he needed. Thanks to the series, he made an impressive impact on a larger audience who adored his work. The actor is also a part of Mary Harron’s upcoming film ‘Dalíland,’ where he essays the role of James. Based on the life of Spanish painter Salvador Dalí, the movie includes well-known names like Ben Kingsley, Barbara Sukowa, Suki Waterhouse, and Andreja Pejic. “The first scene I shot was with Sir Ben Kingsley…You can probably see me shaking in the final cut,” Christopher told Town & Country Magazine.

Is Christopher Briney Dating Anyone?

As of writing, Christopher Briney does not seem to be in a relationship or doesn’t wish to reveal details of his romantic life in public. The actor is likely focused on his career and enjoying time with his loved ones. Given the fantastic start to Christopher’s career, his fans cannot wait to see him in more projects. His presence in further works based on Jenny Han’s books is something his admirers are hopeful for. 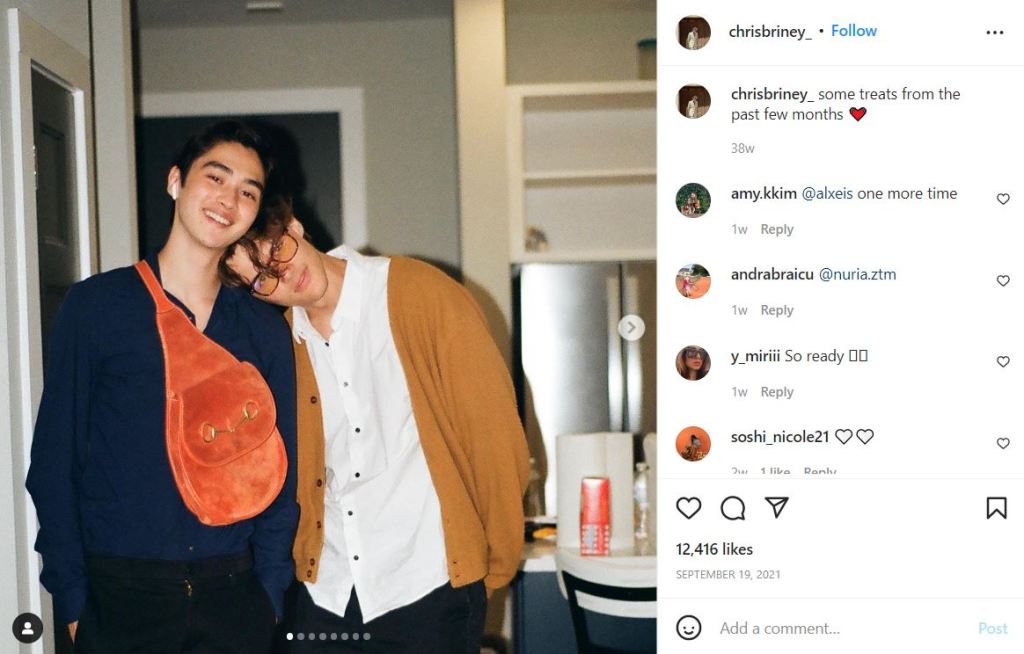 Besides acting, Christopher’s other interests include photography and binging movies, with ‘Portrait of a Lady on Fire’ being one of his favorites. In addition, he enjoys playing as a pitcher in the New York City Men’s Baseball League (NYCMBL). We wish the actor the best in his life and hope to see him in many more successful projects.

Read More: Gavin Casalegno: Everything We Know About The Summer I Turned Pretty’s Jeremiah