When Will Chucky Season 2 Release? 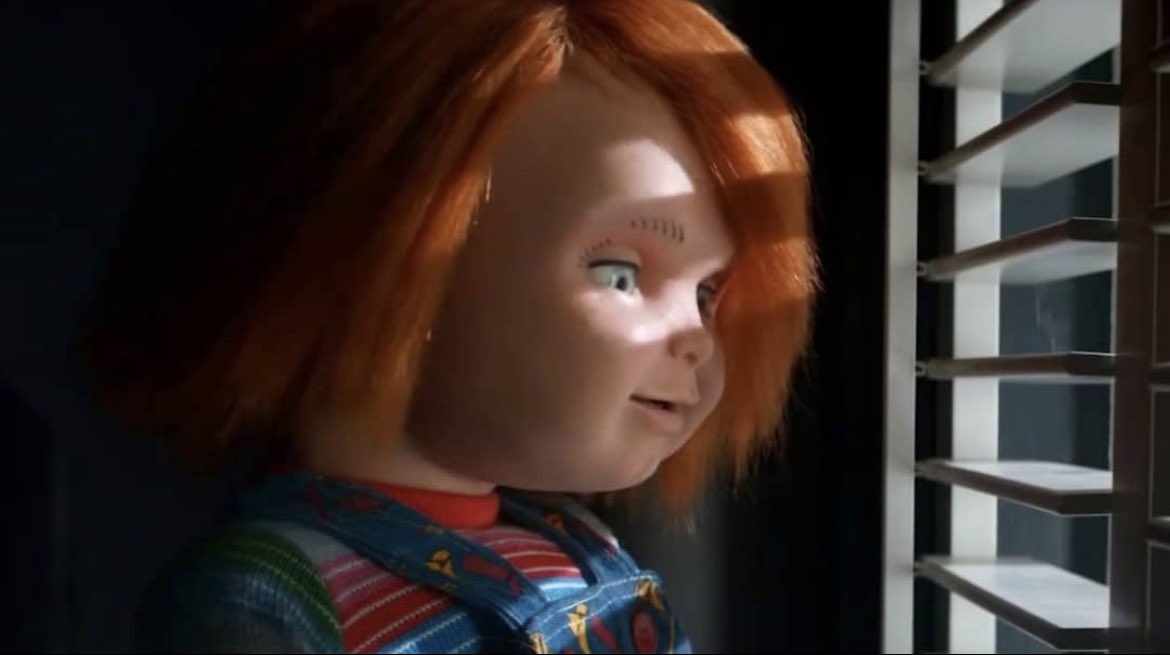 From the creator of the Child’s Play franchise Don Mancini, ‘Chucky’ is a horror series that is a sequel to the movie ‘Cult of Chucky.’ Set in the town of Hackensack in New Jersey, the show revolves around a vintage Good Guy doll and its young owner Jake Wheeler. When Jake buys the doll at a yard sale, little does he know that his life will turn upside down as gruesome murders take place all across Hackensack.

The slasher thriller show originally released in October 2021. The show has managed to sweep critics and viewers off their feet with its solid narrative, excellent performances, and layered characterizations. As expected of the franchise, the series does not hold back on the gore and acidic humor. The series has particularly been praised for its focus on themes such as bullying, sexuality, and domestic life. It is no wonder that fans are clamoring for more. So, let’s discuss if the second season is on the cards!

‘Chucky’ season 1 premiered on October 12, 2021, simultaneously on USA Network and Syfy. The season concluded on November 30, 2021, after airing eight episodes with a running time of 42–47 minutes each.

Since you are eager to hear about the show’s second outing, let us not keep you waiting. On November 29, 2021, USA Network and Syfy recommissioned the series for its sophomore run. This was not unexpected, given that the inaugural season was watched by approximately 9.5 million viewers and received much acclaim from critics.

Upon the renewal, here is what series creator Mancini had to say – “We’re thrilled to start pulling the strings on a second season of puppet mayhem with ‘Chucky.’ Many thanks to our partners at USA, SYFY, and UCP for their incredible support and guidance bringing ‘Chucky’ to the small screen, bigger than ever. And to the fans, Chucky sends his still-undying thanks, and a message: ‘This isn’t over, not by a long shot. You better watch your backs in 2022!’”

With that said, it is confirmed that the upcoming iteration will return in 2022, although an exact release date is yet to be announced. Since the first season landed well in time for Halloween, that might also be the case with the new edition. If that happens, we can expect ‘Chucky’ season 2 to release sometime in Q4 2022.

Chucky Season 2 Cast: Who can be in it?

However, we can expect Brad Dourif to lend his voice to the infamous serial killer Chucky/Charles Lee Ray. The Oscar-nominated actor also voices the character in several films of the franchise. On the other hand, do not be surprised to see some fresh faces in season 2.

Chucky Season 2 Plot: What can it be About?

In the season 1 finale, we learn that Junior kills his father and then joins hands with Chucky. And with Junior killing his dad, the multiple Good Guy dolls that Tiffany collected are brought to life. At Charles Lee Ray’s house, Tiffany feels hurt when Chucky ignores her, so she kills the doll. Subsequently, she takes off with Nica to execute what she and Chucky had planned. Moreover, Devon is rescued and escapes from the house, but it is unclear whether Andy and Kyle survive the explosion. On the other hand, Chucky and Junior’s alliance ends badly for the latter. Junior attacks Chucky to save Lexy, but it results in his death.

Currently, there is no confirmation if season 2 will pick up from where season 1 ends or start a fresh storyline. However, there are several plot threads left dangling at the end of the freshman season. It is implied that the Chucky dolls may reach different parts of the country, so we can expect the mayhem and carnage to amplify.

Moreover, a mysterious figure watches Jake, Devon, and Lexy as they visit Junior’s grave in the final moments of season 1. Additionally, it would be interesting to see if Glen/Glenda will feature in the future storyline. But we will only have a clearer picture when the series creator or members of the cast and crew decide to give more updates.