Is Critical Thinking Based on a True Story?

Directed by John Leguizamo, ‘Critical Thinking’ is a 2020 sports film that follows a group of kids from Miami Jackson High School trying to win the National Chess Championship. Led by Mario Martinez, the team comprises Sedrick Roundtree, Marcel Martinez, Gilbert Luna, Rodelay Medina, and Olemy Paniagua. The five boys come from the inner parts of Miami, where the families strive daily for necessities such as food, shelter, and clothing. Coach Mario Martinez sees their interest in chess as an opportunity for growth and sets out on a quest to create history.

Set in 1998, the film portrays what it’s like to come from underprivileged backgrounds and how classism deprives poor people of great opportunities. In addition, the narrative tackles subjects such as racism and juvenile crimes and depicts how the latter results from several other factors in a system that doesn’t uplift the downtrodden. The various characters and backdrops feel authentic and allow the audience to empathize with the people they see onscreen. The compelling performances and organic character journeys have got many wondering if the movie is rooted in reality. Well, allow us to shed some light on the matter.

Is Critical Thinking a True Story?

Yes, ‘Critical Thinking’ is a true story. Written by Dito Montiel and directed by John Leguizamo, the movie captures the events leading up to the 1998 National Chess Championship. It showcases how Mario Martinez and his team of boys from Miami Jackson High School won the title. The group is also the first-ever team from Miami to win the national title in chess. Executive producer, Carla Berkowitz, came up with this idea when she read an article in 1997 about the boys of Miami Jackson. She wanted to tell the story of all these boys doing such incredible things in the chess world with Mario Martinez’s help.

Interestingly the movie is quite close to how the events unfolded in real life. All 5 players in the movie are based on real-life chess players. Even the character of Coach Mario Martinez in the film has a real-life counterpart, who is a chess teacher. The real-life figures also played a significant role in the filming process. In an interview with CineMovie, Carla Berkowitz said, “All the boys that were portrayed and Mario obviously were the consultants in the chess movie.”

Another fascinating aspect is that Berkowitz wanted to make the movie for about two decades. Although filming began in 2018, Carla Berkowitz has been in touch with all players and Mario Martinez since 1997. While describing the movie’s accuracy, the real Mario Martinez and Carla Berkowitz mentioned a few things. First, all games we see the players play in the movie were played by their real-life counterparts. Second, Marcel’s book of chess moves also existed in real life. Third, the scene where Marcel plays with Mario, Sedrick, Roddy, and Gil, with his eyes closed, happened in reality too. 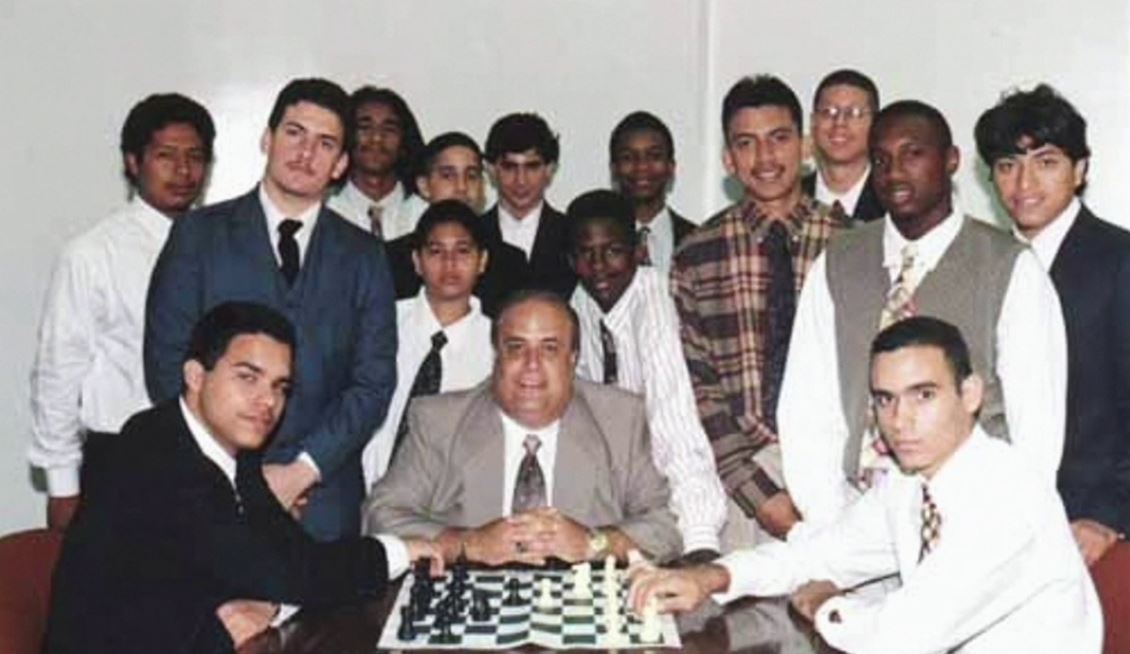 Numerous events in the movie mirror circumstances that transpired in reality, which elevates the narrative’s authenticity. ‘Critical Thinking’ is far more than a chess championship for Mario Martinez and the boys. The group comes from a place where they have nothing but want to create a better life for themselves. However, the boys do not get a fair shot at anything due to racial discrimination and financial circumstances. Coach Martinez sees chess as an opportunity and a metaphor for their life.

At the film’s beginning, Martinez says that chess is an equalizer that puts everyone on a level playing field. In fact, the teacher solves almost every problem with a chess move because he considers the game symbolic of life. The ideology comes from the real-life coach. In an interview with Orlando Sentinel, he said, “Chess is a way of looking at choices and realizing, ‘If I do this, then this will happen. If I do that, then that will happen,'” Martinez deduced, “Choices have consequences. That’s critical thinking. That’s analytical. And that’s life.”

The coach always applies this philosophy in the movie, which leads the boys to bag the national title. Marcel wins the title for the individuals’ category, and Miami Jackson High School wins in the teams’ category. In real-life, Coach Martinez didn’t stop with the 1998 championship title. The teacher went on to win several more via kids who developed an interest in the sport. In the next four years, he offered his guidance to various teams comprising different players representing Miami Jackson and won 4 more national championship titles.

In 2000, Rodelay Medina became the national champion in the expert division. Marcel played three opponents simultaneously while being blindfolded. Therefore, to reiterate, ‘Critical Thinking’ is a true story of a group of boys and their coach from Miami Jackson. It essays how Martinez and his team become the first from Miami to win the National Chess Championship. The narrative also portrays how the boys overcome several struggles and move toward a hopeful future.

Read More: Is Mario Martinez Based on a Real-Life Coach? Where is He Now?