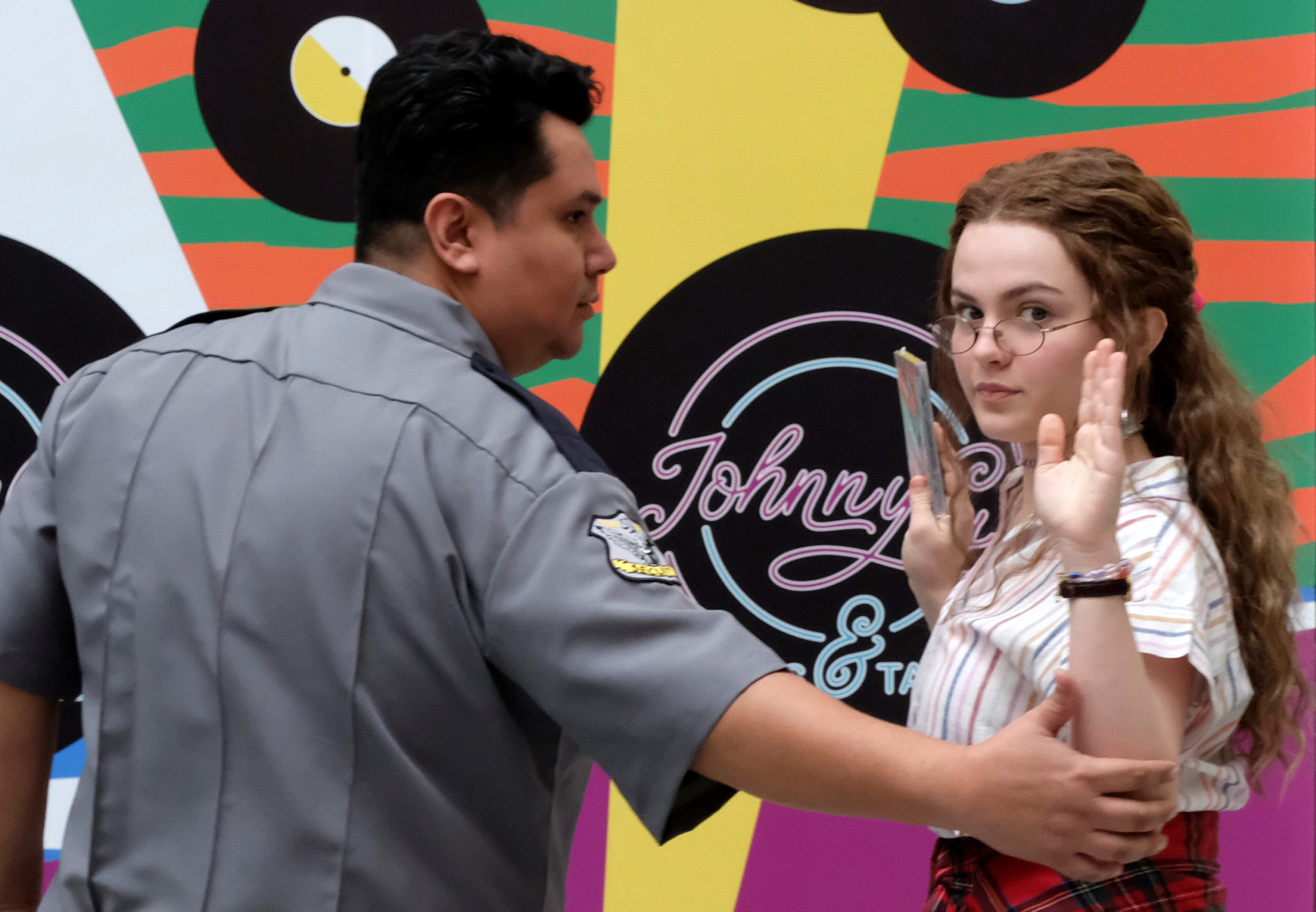 ‘Cruel Summer’ is a type of teen drama thriller series that weaves its mysteries around character development, creating a symbiotic connection between the two. The story revolves around two young women, Kate Wallis (Olivia Holt) and Jeanette Turner (Chiara Aurelia), whose lives become tangled after the new vice-principal of their school, Martin Harris (Blake Lee), abducts Kate. When she is freed a year later, Kate discovers that Jeanette has virtually replaced her as the new popular girl in their small town of Skylin, Texas. Appearing on national television, Kate subsequently accuses Jeanette of knowing about her kidnapping and not telling anyone. A year later, Jeanette takes Kate to court for defamation.

Episode 6, titled ‘An Ocean Inside Me,’ depicts the events of August 15 of 1993, 1994, and 1995, which is Greg (Michael Landes) and Cindy’s (Sarah Drew) wedding anniversary. It focuses exclusively on Jeanette and her family. In 1993, Jeanette sees Tennille’s mother, Tanya Peterson, at Martin’s home and hears something she uses in 1995 to prevent Tanya from testifying during the deposition. In 1994, Cindy increasingly becomes suspicious of her daughter and finds proof that shows her that she is right to be so. Here is what you need to know about ‘Cruel Summer’ episode 6 ending. SPOILERS AHEAD.

In 1993, Mallory (Harley Quinn Smith) convinces Vince (Allius Barnes) that they should tick off item 13 from their bucket list before moving on to other items. This involves stealing, which Jeanette has already done when stealing one of Martin’s yearbooks from his house. As the three of them go to the mall to shoplift, Jeanette and Mallory spot Tennille’s mom flirting with Martin. Vince tries to steal a Liz Phair CD but triggers the mall alarm in the process. Jeanette takes the CD from Vince and is brought to the mall jail. There, she finds Jamie (Froy Gutierrez), and the two of them bond. Later, she once again breaks into Martin’s home but is forced to hide when Martin returns with Tanya. 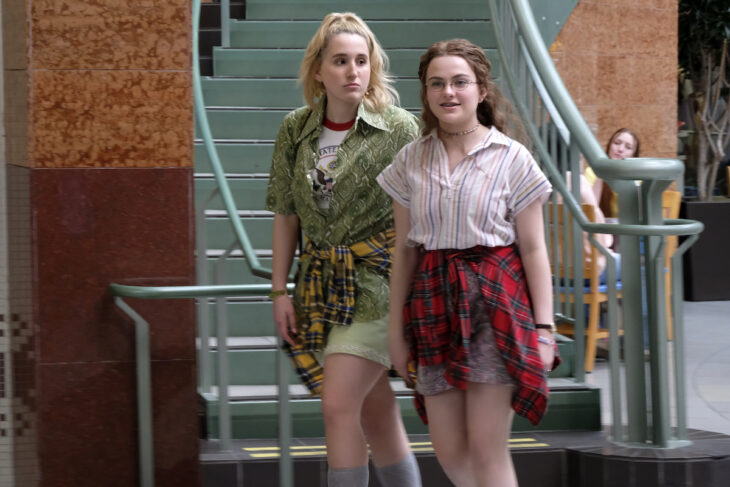 In 1994, Kate’s accusations have virtually ostracised the Turners from the rest of the town. Greg’s business suffers, as does his and Cindy’s relationship. Cindy finds the key to Martin’s apartment in Jeanette’s room and tries to talk to her husband about it, but Greg even refuses to believe that their perfect daughter can lie. This ends up causing a rift between them, and Cindy leaves to stay with her sister. Meanwhile, Jeanette finds out about Vince and Ben (Nathaniel Ashton) and tells her friend that she is happy for him.

In 1995, Denise (Nicole Bilderback) tells Jeanette about Tanya’s upcoming testimony, prompting the younger woman to visit the mall and threaten Tanya. This has the desired effect. Tanya tells the lawyers that she has nothing to reveal. Cindy comes to Angela’s (Brooklyn Sudano) bar, and the two women connect over their mutual admiration. Angela learns that Greg wasn’t telling the truth when he told her that Cindy left him.

The show depicts the dissolution of Greg and Cindy’s relationship by what is happening in the Turner home on their anniversary across three years. In 1993, Jeanette and Derek (Barrett Carnahan) wait for their parents with breakfast. They know that Greg and Cindy will soon walk out of their room, looking particularly disheveled.

In 1994, that comfortable and loving atmosphere has been replaced by constant arguments between Greg and Cindy. In 1995, Jeanette watches an old video of her family alone in a dark room. In 1994, she is aware that her parents are fighting because of the rumors about her. By 1995, it has turned into an overwhelming sense of guilt. She also blames her mother for the separation.

In 1994, Cindy struggles with the very notion that Jeanette has been lying to them. She goes to her daughter’s room to look for the necklace that Mallory gave her but finds a key instead. She correctly surmises that it is for Martin’s home. When she directly tries to talk to her daughter about it, Jeanette downright denies it. Cindy then attempts to speak to both her husband and son. The former readily believes his daughter, while the latter is too focused on his relocation for college. That evening, Cindy visits Martin’s house and realizes that she was right: Jeanette has been lying to them all along.

The realization devastates Cindy. It is made even worse because she is facing this truth about her daughter by herself. Greg still unconditionally trusts Jeanette and can’t possibly understand the excruciating pain that she is feeling. As Cindy admits to Angela in 1995, she grew up watching her mother devote herself completely to her children. She didn’t want to be like that. Instead, she wanted to set an example for her children, especially her daughter.

In 1994, Cindy realizes that she has failed to do so because she hasn’t created an individual identity for herself and has somehow ended up following her mother’s footsteps. Although the circumstances of Greg and Cindy’s separation are yet to be revealed completely, this self-reflection encompasses the moment when their relationship starts to dissolve. After Cindy leaves, Greg takes the key and goes to Martin’s home and discovers for himself that their daughter is lying.

How Does Jeanette Threaten Tanya?

In 1993, Jeanette has no choice but to hide inside Martin’s closet after the former comes back home with Tanya. She watches as Tanya aggressively tries to seduce Martin. During their conversation, Tanya reveals that her former husband doesn’t know that he is not Tennille’s biological father and pays child support. Tanya later finds Jeanette in the closet, and the two of them agree to keep each other’s secret. In 1994, Tanya tells the reporters that Martin was the one being aggressive during their encounter. 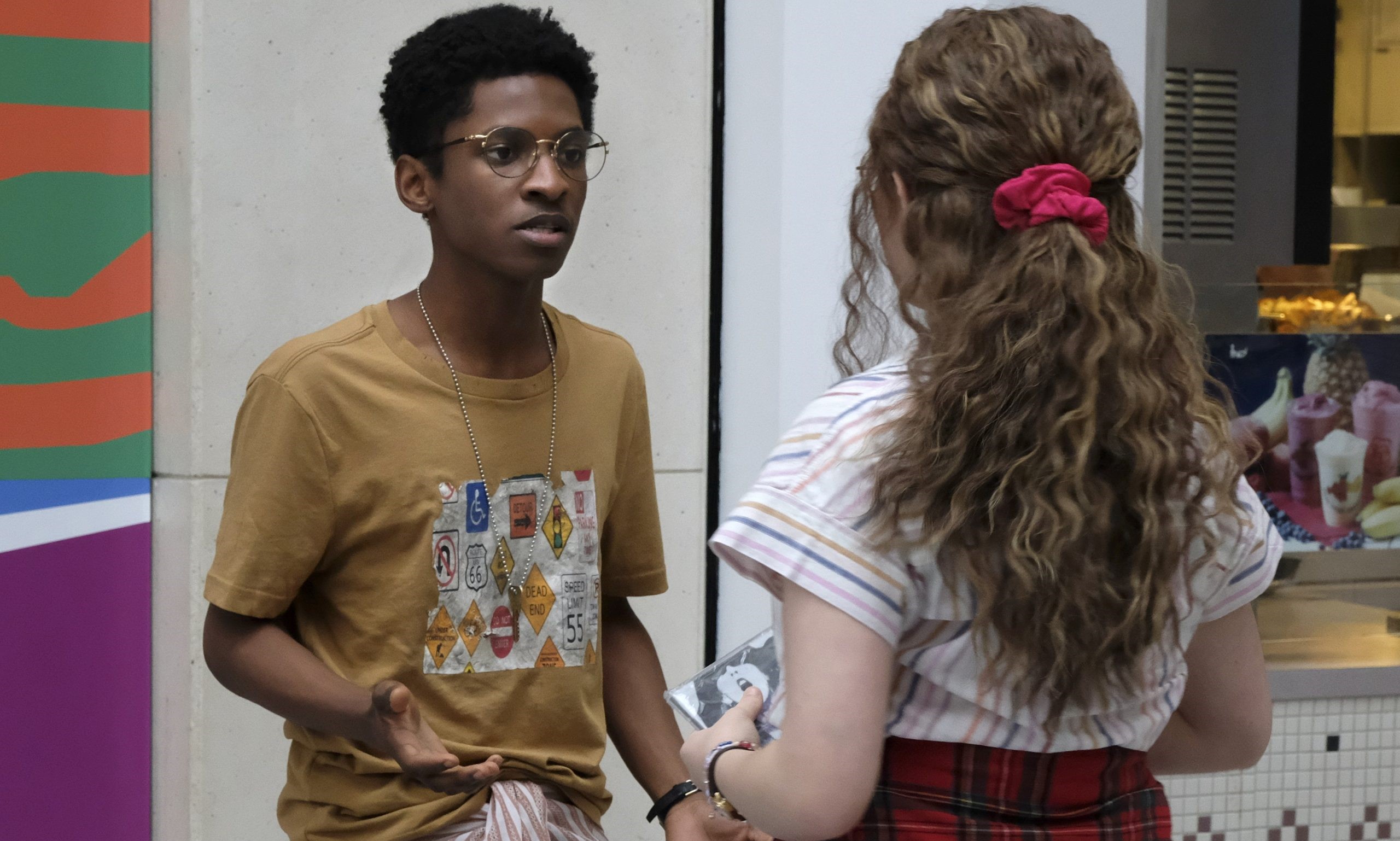 In 1995, Tanya volunteers to talk to the lawyers during the deposition, likely wanting to reveal that she saw Jeanette in Martin’s home. However, before she can do that, Jeanette threatens her that she will make the truth about Tennille’s paternity public. This forces the older woman to abandon her original plan and state that she has nothing to say about Jeanette during her testimony.