Dancing With Myself’s Adam Boreland: Everything We Know 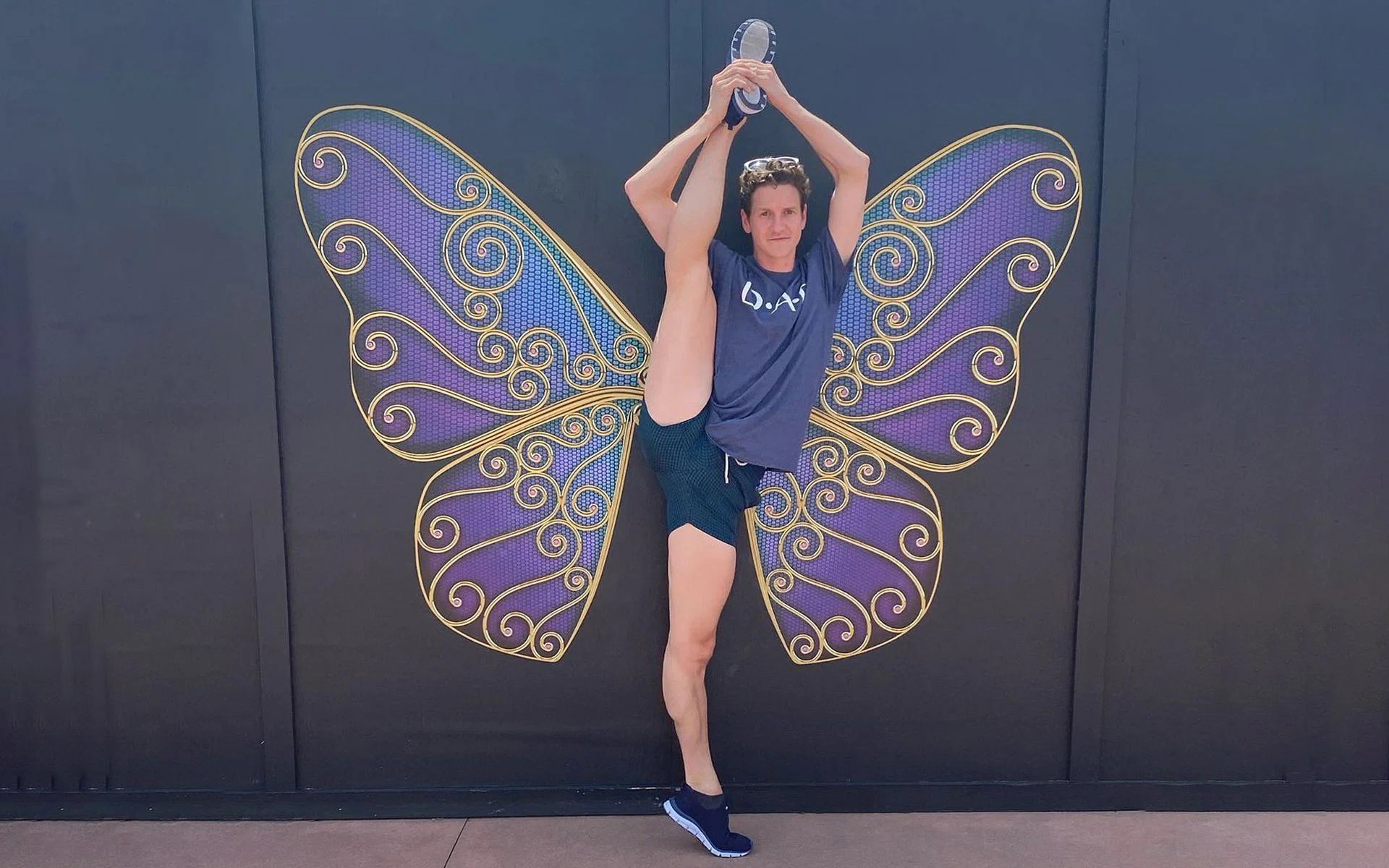 Hosted by Camille Kostek, ‘Dancing With Myself’ is a dance show that brings a different group of dancers every week and tests their abilities through several challenges designed and showcased by the creators Shakira, Nick Jonas, and Liza Koshy. Ultimately, the top performer for every week gets to take home a prize and considerable fame.

Since the show first aired, it has welcomed dancers from all walks of life, many of whom have seen a surge in popularity thanks to their enticing performances on the reality series. One such name is Adam Boreland, whose appearance in season 1 made many viewers curious about him. If you are in the same boat and cannot wait to learn more about the talented dancer, we have your back!

Born on January 17, 1989, Adam Boreland hails from New Port Richey, Florida. The celebrated dancer has been dedicated to the industry for a long time and has trained with both San Francisco Ballet School and the Orlando Ballet School. During his time with Orlando Ballet School, Adam participated in the Youth America Grand Prix, an international student ballet competition, multiple times and bagged the second position in the Orlando Semi-Final, held in the city of Orlando in Florida, in 2008.

The talented dancer then worked at the Boca Ballet Theatre in Boca Raton, Florida, and with the Florida West Ballet in Clearwater, Florida. To enhance his acting skills and perhaps make a name for himself in the field, Adam further joined Richey Suncoast Theatre in New Port Richey.

Adam is a well-known name in the dancing circles and has performed in theatres across the country like Richey Suncoast Theatre in Florida, Texas Ballet Theater in Texas, The Palladium Theater in Florida, etc. His admirers cannot help but heap praises for his work in different shows, like ‘The Nutcracker,’ ‘Valse Fantasie,’ ‘Swan Lake,’ and ‘The Sleeping Beauty.’ His enchanting performances have made him a respected name in the field.

‘So You Think You Can Dance‘ season 12 saw Adam Boreland as one of the Las Vegas Finalists. Since 2017, the dancer is also Gallery Ambassador for I Dance Contemporary Gallery, an online gallery that only hosts art dance photography. In 2022, Adam rose to higher fame thanks to his appearance on ‘Dancing With Myself.’ His charm and skills won over the judges and the viewers and gained him a significant fan following.

Adam is the creator and admin of a worldwide public Facebook Group called Dance Accepts Everyone, which welcomes every dancer, no matter their experience, lifestyle, dance form, or status, with open arms. The dancer’s motivation behind the group came in August 2019 when he came across a video about Prince George’s ballet lessons on ‘Good Morning America.’ Seeing the traction gained by the video, Adam decided to do something to let the dancers across the borders feel safe and accepted. Moreover, he uses his social media platforms to create dance videos and share them as a digital creator.

You will be delighted to know that Adam Boreland is happily married to Ashley Boreland. The couple got hitched on June 17, 2017, and went to Hawaii to celebrate their honeymoon. Like her husband, she is also a digital creator and often features on his social media platforms. The Instagram account, under the name Adam & Ashley Boreland, is run by Ashley to share life updates and dance videos.

Adam and Ashley are quite affectionate and are not shy about publicly declaring their devotion to each other. The two constantly hype one another through posts and proudly show off their spouse’s achievements. Their interaction with each other is as sweet as it is humourous, and their followers cannot help but adore their dynamic. As of writing, the two do not seem to have any children, but they do have an adorable dog named Penny. We wish Adam and his family the best in their lives and hope they have a great future ahead.

Read More: Where is Dancing With Myself Filmed?