Actor Daniel Durant: Everything We Know 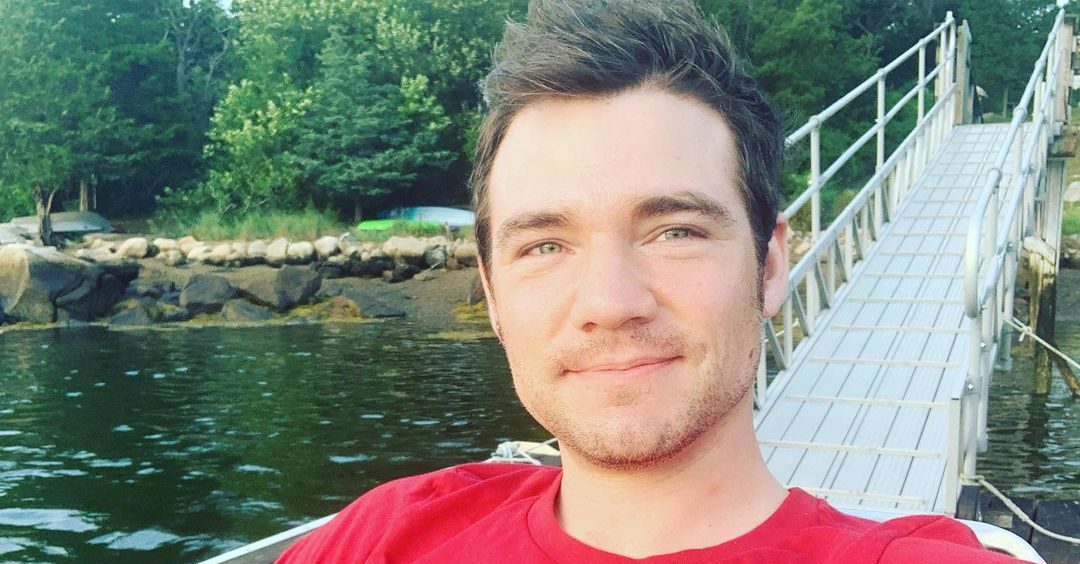 Disney+’s ‘Dancing with the Stars‘ is a dancing reality series with a unique twist, featuring several teams of two who are ready to show their skills to the judges and the audience through hard work and determination. The pairs comprise a beloved celebrity and a dancing professional coming together and giving their best to win the competition. The show is also an excellent chance for many viewers to see some of their favorite celebrities shake a leg and enjoy themselves.

Season 31 of the show featured Daniel N. Durant, a talented actor who partnered with Britt Stewart for the competition. Several fans were beyond excited to see him show off his dancing skills, and his presence on the show has made many viewers curious about the actor, especially regarding his personal life. If you are in the same boat and cannot wait to learn more about Daniel, we have your back!

Born on December 24, 1989, in Detroit, Michigan, Daniel Durant has been deaf since birth. His biological parents were deaf and struggled with addiction. Thus, at a very young age, Daniel was adopted by his paternal aunt, Lori Durant, and then later by her wife, Mary Engels. The ‘Dancing with the Stars’ celebrity grew up in Duluth, Minnesota, and initially attended mainstream educational institutions.

However, Daniel shifted to the Minnesota State Academy for the Deaf in Faribault, Minnesota, in the eighth grade. After graduating from there in 2008, he joined the Rochester Institute of Technology (RIT) in the New York city of Rochester and got his associate’s degree in applied computer technology in 2011. Subsequently, Daniel then studied at Gallaudet in Washington, DC, receiving his degree in 2014.

In 2012, Daniel moved to Los Angeles, California, and became part of the Deaf West Theatre’s ‘Cyrano de Bergerac’ production. He then became a guest actor at Oakland University in Michigan, where he shone as the lead character of Stinger in Terp Theater’s ‘Police: Deaf: Near: Far.’ Furthermore, 2013 marked Daniel’s break into the television industry as he essayed Matthew in ABC’s ‘Switched at Birth’ and was a part of the series until the final episode, which aired in 2017.

The actor also performed as Charlie in Deaf West Theatre’s ‘Flowers for Algernon’ in Fall 2013. Later, Daniel garnered fame for playing Moritz in Deaf West Theatre’s ‘Spring Awakening,’ which was performed multiple times at different venues between 2014 and 2016. In addition, he played the lead character of Jonas in Teater Manu’s production of ‘Jonas and the Body,’ leading him to travel across Norway and France for seven months and perform at various venues in 2017.

Daniel appeared in a single episode of the Netflix series ‘You‘ as James in 2019 and acted as Bulldog in Deaf Culture Centre’s ‘The Black Drum,’ which was performed in France and Toronto in the same year. Finally, the young star made his film debut with ‘Silent Notes’ as Bruce in 2020. Additionally, Daniel was a part of ‘CODA,’ a 2021 movie directed by Sian Heder, which won numerous awards. The film was given the 94th Academy Award for Best Picture and won the Best Adapted Screenplay category.

Daniel himself won the Sundance Film Festival’s award for U.S. Dramatic Special Jury Award for Ensemble Cast in 2021 and the Screen Actors Guild Award for Outstanding Performance by a Cast in a Motion Picture in 2022 for his work in ‘CODA.’ The latter year, he was seen as one of the celebrity participants in the 31st iteration of ‘Dancing with the Stars.’

Daniel has won numerous prestigious theater awards for his breakthrough performance in ‘Spring Awakening, including the Ovation Awards’ Best Acting Ensemble for a Musical and BroadwayWorld LA Awards’ Best Featured Actor in a Musical in 2015. 2016 saw him being awarded for Outstanding Broadway Debut Performance by Theatre World Awards, where he was nominated for Favorite Onstage Pair (with Alex Boniello) by Broadway.com Audience Choice Awards and Outstanding Ensemble in a Broadway Show by Fred and Adele Astaire Awards.

Presently, Daniel co-leads acting workshops for deaf students in area schools and works as an acting teacher and coach for deaf film camps, along with giving motivational speeches at colleges and universities. Besides his passion for acting, Daniel dedicates a significant portion of his time to uplifting the deaf community and likes to meet new people through different platforms like YouTube, Deaf Gamers Network, Facebook, and Twitter.

Is Daniel Durant Dating Anyone?

Currently, Daniel Durant does not seem to be dating anyone and is likely focused on his career in the entertainment industry. The actor has been pretty private about his personal life and has not revealed many details regarding his romantic relationships. Daniel’s fans are indeed eager to see more of the Minnesota native in upcoming projects, and we wish him the best and hope he has a bright future ahead.

Read More: Koko Iwasaki From DWTS: Everything We Know