The final chapter of the first season of ‘Dark Winds’ ends with a few revelations and a lot of bloodshed. The mystery that had been developing since the first episode comes to end, as each character receives their due. One by one, the loose ends are tied, as everyone’s true intentions and motivations come to light. By the end, everything turns out to be just as messy as it had been when it all began. If you want to make sense of what happened at the end of ‘Dark Winds’, here’s all you need to know. 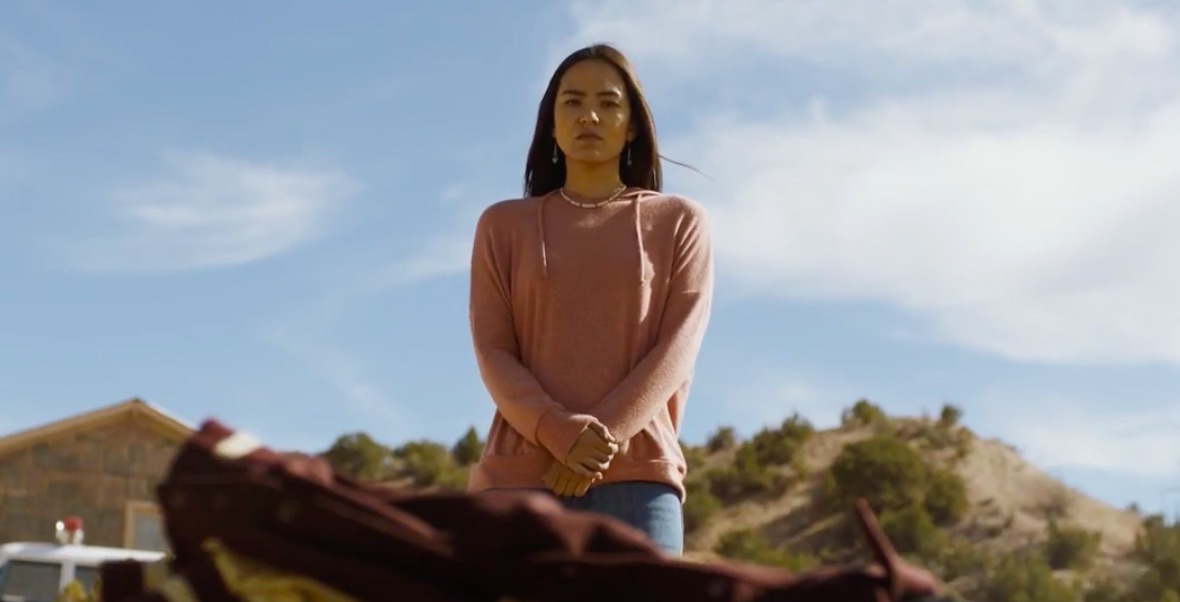 Everyone converges to the caves where Frank Nakai and James Tso had been hiding all along. Joe Leaphorn tries to stop them on his own but almost dies in the process. Bernadette is warned by Jim about Whitover. She leaves the FBI agent alone once they reach Hosteen Tso’s house. While she makes her way to the cave, Jim arrives and has a showdown with Whitover, who shoots him in the arm.

While Nakai and Tso are busy smoking out Leaphorn, Bernadette rescues the Mormon family. After getting them to safety, she returns to the cave with Jim, but by then, Whitover is already there. Leaphorn doesn’t know about Whitover’s collaboration with Tso, and neither does Nakai. As the two of them divide the money between them, Nakai is shot and Leaphorn falls into the pit where the Mormons were held captive. Whitover and Tso leave the cave with their share of the money. Leaphorn follows Tso, while Chee confronts Whitover. 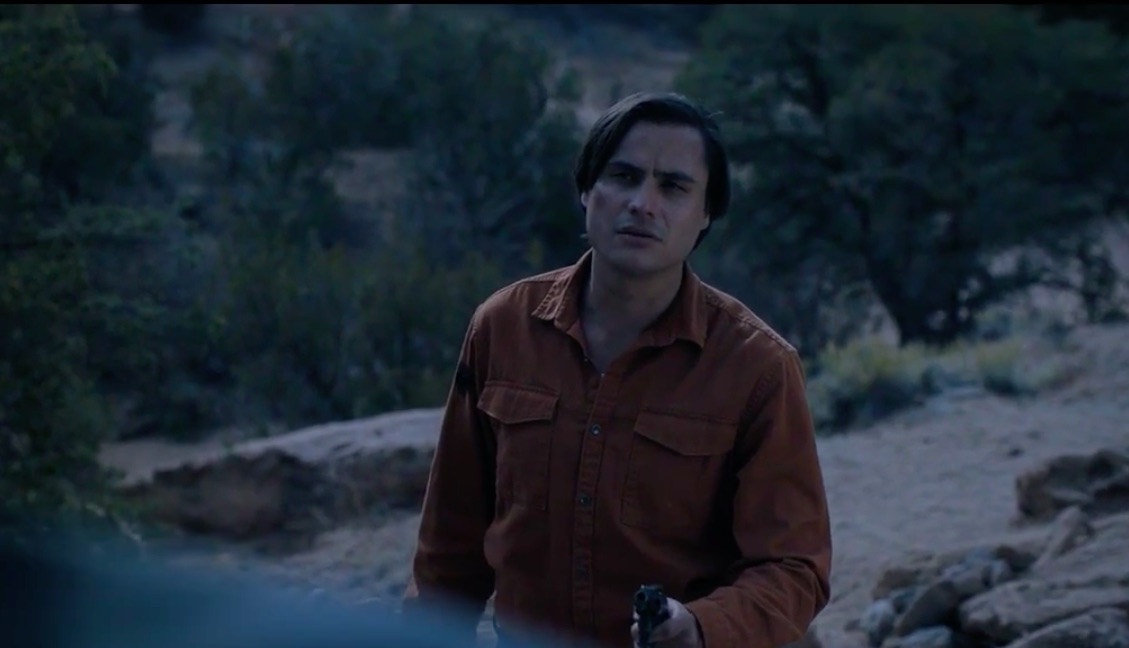 What seemed like a simple case of robbery turns out to be a very elaborate crime. It is revealed that Whitover had been in on it from the start, and he was hunting the Buffalo society, not to bring them to justice, but to get his own share of the loot. He also had a different reason for sending Chee to the reservation, apart from the fact that he was Navajo. Whitover knew he’d need a fall guy, someone who could fill the gap in the story should anyone suspect the involvement of an inside man in the robbery. Because Chee was Navajo, it would make sense to others that he joined the Buffalo society. So, the promotion and the pay raise he’d promised Chee were all fake.

While Chee considers shooting him or taking him into custody, Whitover uses bad language for Anna, which is heard by her father, Guy. He shoots Whitover, killing him on the spot. Bernadette arrives just in time to help Chee cover up the murder by dragging Whitover’s body and the money into the cave and blowing it up. No one would ever know that Guy was there too. Leaphorn follows Tso to Hosteen’s house but is overpowered by him. They have a chat about his crimes and how there is no other option for him but to surrender. James Tso is not ready for that, so he lets Leaphorn go and kills himself.

A few months later, we discover that the case has wrapped up, but there are still a few kinks Leaphorn needs to figure out. Chee returns to his home, planning to rebuild it, now that he has left the FBI. When Leaphorn asks him what really happened at the cave, Chee doesn’t tell him about Guy. However, it turns out that the inconsistency in the story came from the fact that only Whitover’s body was found in the cave. In his report, Chee also wrote about Nakai and the money, but both of them were missing. This means that Nakai didn’t really die when Whitover shot him. He ran away with the money, probably from some other way out of the cave that no one else knew about.

Who Killed Anna and Hosteen?

The events of the first season kickstart with the double murder of Anna Atcitty and Hosteen Tso. The gruesome crime leads officers Leaphorn and Chee on an investigation that uncovers a lot of disturbing secrets, but the identity of the murderer lingers till the end. In the fifth episode, when Frank Nakai confronts James Tso about the murders, the latter denies any connection with it. He answers the question with a question: did Nakai really believe the cops over his own partner?

The fact that it was not an outright rejection of the cops’ claims meant that Tso had something to do with it after all. His involvement is confirmed when Chee discovers that the FBI had found Tso’s fingerprints at the crime scene. Later, when Whitover tells him about the fingerprints, Tso doesn’t refute the FBI agent. This confirms that James Tso had murdered his uncle Hosteen.

Now, why did James kill his own uncle? His answer is “for the cause”. James Tso was done with the unfair treatment of his people on their own land. So, he dedicated his life to the cause of rebellion against the oppressive, capitalist regime. He used the Buffalo Society as a cover to commit a lot of crimes. He found a clear purpose when he discovered the truth about the dig site and how Vines was going to exploit the land that belonged to the Navajo. To stop him, Tso came up with a plan that involved a robbery and led to a lot of deaths.

Over the course of the season, we see Tso kill a lot of people, most of whom are Navajo. While he explains it away as “for the cause”, Frank Nakai starts to get tired of his routine. When Nakai had joined Tso, he’d believed it was something that would actually help his people. But, along the way, he saw more and more of his people die at the hands of the man who was claiming to save them. This is why Tso didn’t tell him about his uncle and Anna.

The first reason behind James Tso killing Hosteen was that he needed the cover of Father Benjamin. Hosteen would be able to identify him, which would cause problems for him. Another reason, perhaps, was that James had been sent to boarding school, where he was abused in the name of being “civilized”. He’d thought his family would protect him, but they sent him back instead. It was this anger that he took out on Hosteen. As for Anna, he didn’t exactly kill her. She died due to Ada’s black magic. The white streak on the girl’s hair is a testament to that.