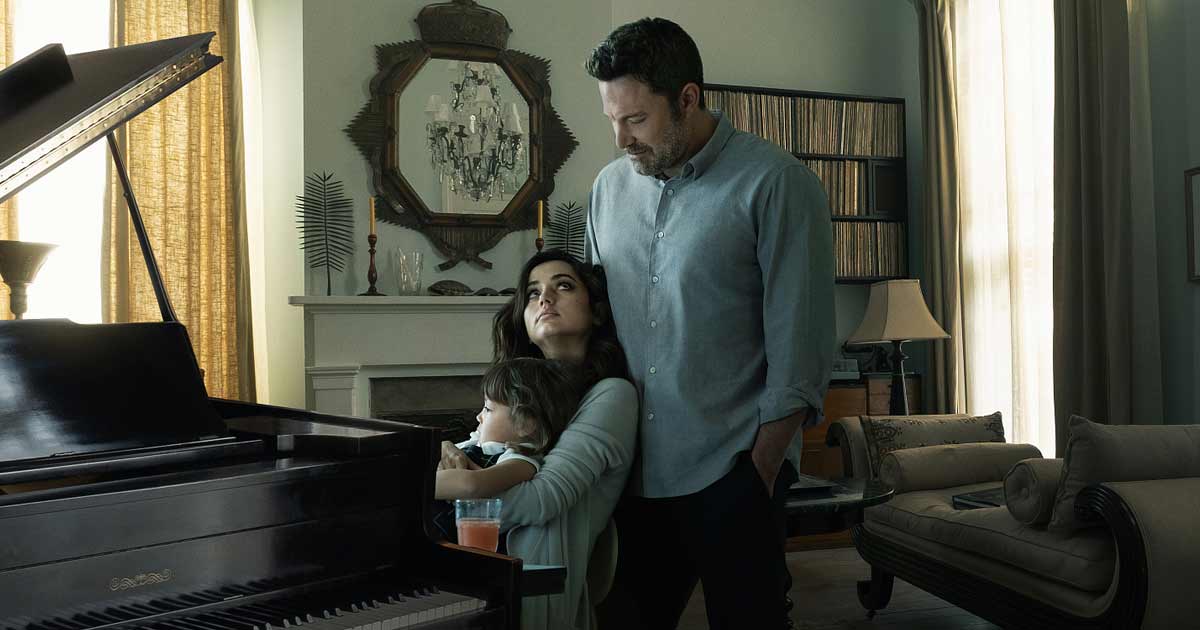 ‘Deep Water’ is a psychological thriller that follows Vic (Ben Affleck) and Melinda’s (Ana de Armas) unconventional relationship that threatens to implode. The husband, in an effort to save the marriage, stoically watches as his wife has a string of affairs. Eventually, however, things get too much for Vic, and he hints that he might have murdered one of Melinda’s past lovers.

Adrian Lyne’s screen adaptation of Patricia Highsmith’s 1957 novel is a detailed look at complex human relationships and a subtle condemnation of the wealthy social circle that surrounds the couple. Amidst the chaos is Vic and Melinda’s vivacious six-year-old daughter, who sees a lot more than she lets on. Innocent yet strangely in the know, Trixie forms an intriguing part of the narrative and gets a surprising mid-credit scene after the film’s finale. Here’s what you need to know about the mid-credit scene of ‘Deep Water.’ SPOILERS AHEAD.

The film closes on an ambiguous note, introducing a significant shift in Vic and Melinda’s relationship but not really detailing how their relationship will be, going forward. When the wife finds her ex-boyfriend (and current lover) Tony’s wallet hidden in Vic’s snail farm, she realizes that her husband has committed murder. Her initial response is to pack up and leave with their daughter. However, Trixie remains adamant that she wants to stay and not break up the family.

Eventually, Melinda stays back and even burns Tony’s belongings, essentially becoming an accomplice to Tony’s murder. Interestingly, Trixie figures out that Vic is a murderer even before her mother. After innocently questioning her father about why he isn’t admitting to killing Charlie (another one of Melinda’s lovers), the young girl finally gets the truth out of Vic, who tells the young girl that “it” will be their little secret. Of course, Trixie doesn’t grasp the gravity of the situation, but it makes her decision of choosing to stay with her father at the end of the film a little more dramatic.

And so, with all the heavy baggage of the family dynamic and its murderous history, the film’s mid-credit scene depicts Trixie sitting in the back seat of their car, singing Leo Sayer’s “You make me feel like dancing” as she doodles in her coloring book. The overbearingly cutesy, innocent scene is a perfect foil for the ominous events that have come to pass and the family’s uncertain future.

However, the mid-credits scene also has a slightly more optimistic (if somewhat disturbing) connotation. The film’s central narrative essentially depicts the lengths to which Vic (and later Melinda) are willing to go to keep their family together. Thus, the murders committed by the husband seem to be the price that he has paid in order to give his daughter a happy, idyllic childhood — reflected perfectly in the gay abandon with which Trixie sings in the mid-credits scene.

Thus, the mid-credit scene in ‘Deep Water’ is like a pretty bow on a box hiding grotesque secrets. It seems to say that all the murder and tense psychological torture depicted is worthwhile as long as Trixie (and the family) can have an idealistic existence. Interestingly, the film credits then end with the sound of Trixie’s “Old MacDonald,” the tune that the little girl repeatedly plays at the start of the film, much to her mother’s irritation. Thus, in keeping with its understated tone, the film once again turns a seemingly simple scene (of Trixie) into a deeper and darker statement.