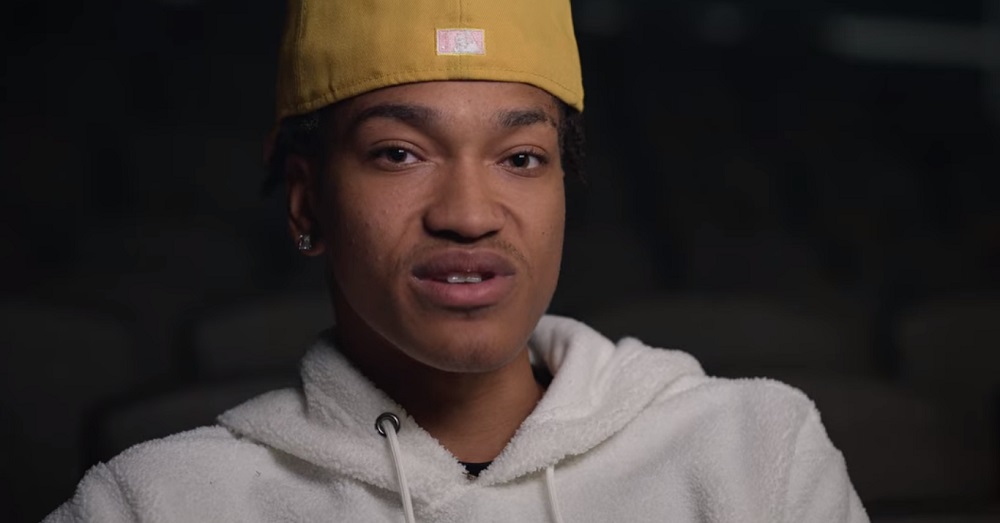 Netflix’s ‘Last Chance U: Basketball‘ is a documentary series that was inspired by the popular show ‘Last Chance U.’ It follows the basketball team of East Los Angeles College (ELAC), whose players give their best in order to better their chances within the field and hopefully become a part of well-reputed NBA teams in the future. Under the guidance of Head Coach John Mosley, the team plays games with different college teams across the state of California.

The recently released second installment of the series featured a whole new roster of players for the 2021-2022 session. One of the most talented players on the team was Demetrius “DC” Calip II, for whom the sport of basketball is not just a passion but also a family legacy. Given his impressive skills in the show, fans are curious to know where the athlete is these days. Well, we are to answer the same!

Who is Demetrius “DC” Calip II?

Since he was a child, DC was well aware of his father’s success as a basketball player. Demetrius Calip, from Flint, Michigan, was part of the University of Michigan Wolverines during his college years. In fact, he and his team became the 1989 NCAA Division I men’s basketball champions. DC’s father went on to play in the NBA for the Los Angeles Lakers. Given such an impressive resume, DC has felt compelled to not only match his father’s accomplishments but to do something even better.

During his high school years, DC had an impressive track record as a basketball player. The student of Taft High School in Chicago, Illinois, was even affiliated with Nike in 2018 as one of the Nike Elite 100. Interestingly, he was also a part of the 2019 NBPA Top 100 Camp. His hard work and skills helped him gain a position at the University of Illinois (UIC). Being a part of UIC Flames was a huge boost for DC, given his status as an NCAA Division I player. However, due to the Covid-19 pandemic and several other factors, DC had to leave the Flames and the Division I circuit after playing just two games.

In the 2021-2022 session, DC joined ELAC Huskies and was one of the top players on the team. However, that did not mean that he had the smoothest of times under John Mosley. In fact, he had to sit out the team’s very first game in San Francisco. However, he soon made a comeback and has played a total of 20 games as a Husky. On average, he earns 5.6 points per game and plays for about 10 minutes in each game.

As of writing, Demetrius “DC” Calip II is still affiliated with ELAC and is active in the 2022-2023 session. As of writing, his team has won 6 out of the last 8 games they have played and has many more competitions to look forward to. The player himself seems inclined to work hard and play in the Power Five conferences soon. Now more than ever, DC seems highly dedicated to the game and seems to be getting along well with his teammates.

While the weight of his father’s legacy is heavy on DC, he is determined to forge a path ahead for himself. Additionally, the athlete seems to have a flair for social media and is presently based in Los Angeles, California. Should the Netflix series be continued for a third season, the Husky is likely to play a prominent role in the show as well as his team’s performance.