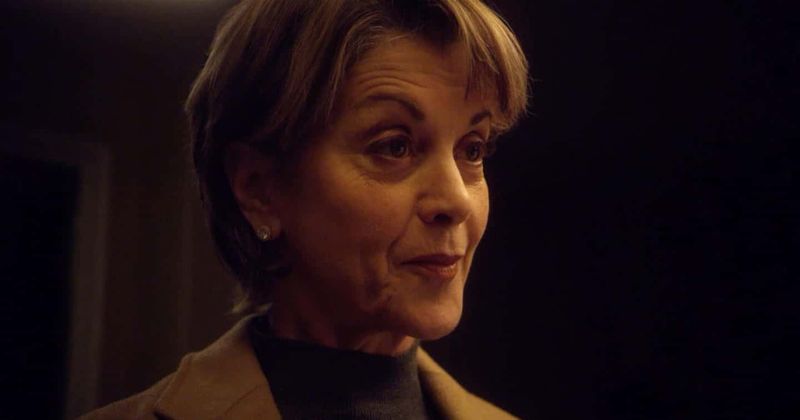 ‘Deranged Granny,’ originally titled ‘Grandma Dearest,’ is the latest thriller to be added to Lifetime’s already impressive roster. The premise follows Barbara, who finds her last hopes of becoming a grandmother are about to come true when her son falls for a divorced mother. Initially, the new couple keeps Barbara at arms’ length, obviously not too welcoming of her interference. But, she wins over the kids and employs other devious methods to weasel her way into the family.

The affection turns deadly all too soon when Barbara is willing to murder to have her way. When the mother realizes how dangerous the in-law is, she must protect her children and expose the truth about the deranged grandmother. The setting accentuates the plot in this tightly-wound Lifetime tale. Curious to know where ‘Deranged Granny’ has been filmed? We have got you covered, and will introduce you to the cast.

Where Was Deranged Granny Filmed?

‘Deranged Granny’ has been shot in Santa Clarita, California. The location offers a lot of perks for smaller productions. Firstly, there is no hassle of transporting cast and crew, which saves on the budget. Moreover, some visually stunning spots are ideal for filming. California is also home to Hollywood, so there are plenty of professionals who can assist in the shooting and post-production process. While ‘Deranged Granny’ has headed to exterior locations for filming, as you can see below, quite a significant portion has been shot in the studios, using the sets.

Here’s a picture from the set, as you can see the crew members having fun while filming.

Shooting in Santa Clarita has the added benefit because there is a well-established studio system which comes handy during the post-production work. You can see the color correction process going on below.

The main characters are Barbara, the woman who wants to be the grandmother, her son, Ethan, and Kendall, the divorced mother. Wendie Malick plays the role of the antagonist, Barbara. Malick started working for a Congressman but quickly left DC to pursue a career in theater. Not only is Malick in high-demand for her voiceover work, but she has appeared in a whole assortment of popular shows like ‘Baywatch,’ ‘Frasier,’ and ‘NYPD Blue.’

Amanda Elizabeth Righetti plays the role of the flustered mother who must protect her kids. Amanda began with a modeling career, but shot to fame with her role in ‘The O.C.’ Since then, she has landed parts in ‘CSI’ and ‘Entourage.’ She’s also gained immense acclaim due to her roles in ‘The Mentalist‘ and Michael Bay’s ‘Friday the 13th‘ remake. You can see her promoting the film here.

Finally, we have Josh Ventura, who can be seen in the role of Ethan. Naturally, the character is torn in his loyalties. Does he placate his mother or save the life of the woman he loves? It requires a degree of finesse in acting, which Josh pulls off well thanks to his previous roles in ‘Queen Sugar‘ and ‘The Highwaymen.’ Here’s Josh promoting the Lifetime movie.

Thus, it is evident that ‘Deranged Granny’ has assembled an enviable cast of talented and experienced actors. They are sure to deliver performances that will leave the movie etched in our memories long after the credits have rolled.