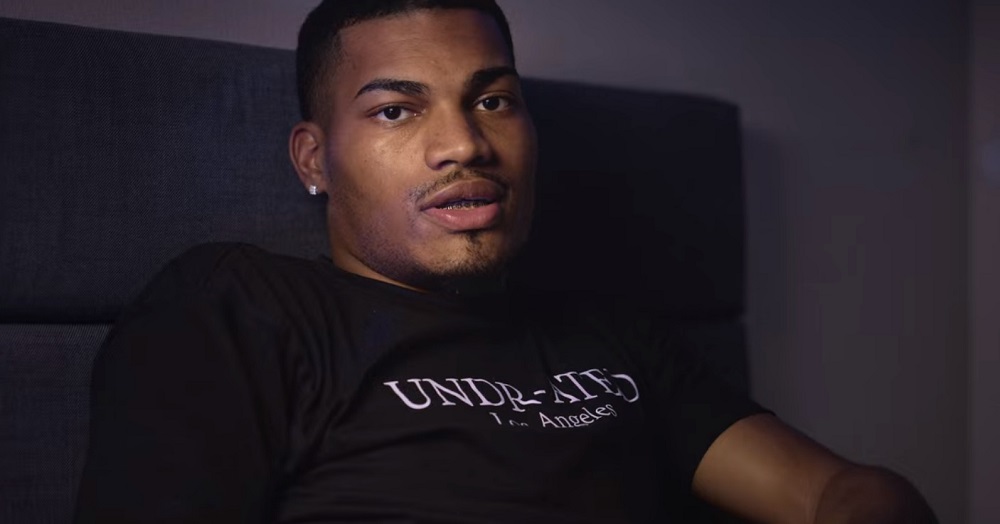 Netflix’s ‘Last Chance U: Basketball‘ is a documentary series that follows the basketball team of East Los Angeles College (ELAC). The stories of the people affiliated with the ELAC Huskies told in the ‘Last Chance U‘ spinoff help viewers understand the mechanics of the collegiate basketball circuit. Under the guidance of Head Coach John Mosley, several students hope to enter the NCAA level and leave their mark on the world.

The recently released second season of the show featured a completely new roster that one cannot help but root for throughout their journey. One of the most prominent players in the ELAC 2021-2022 session was none other than Dezmond “Dez” Washington. While trying to maintain his career as an athlete, the player also had to ensure that his personal life did not get hampered. Naturally, people are eager to know what Dez is up to these days, and we have just the answers they need!

Who is Dezmond Washington?

Originally from Morrilton, Arkansas, Dezmond was born to Shanna Washington, who had when she was just 16. As a single mother, Shanna tried to provide Dezmond with the best opportunities possible without jeopardizing their living conditions. At a certain point, the family moved to Los Angeles, California, and Dezmond became a student at Blair High school in Pasadena, California. During his junior year, Dez played in 31 games and averaged 20.6 points in each one of them. This helped him earn the John R. Wooden Player of the Year award, which is awarded by the California Interscholastic Federation-Southern Section division.

After completing high school, Dezmond joined ELAC Huskies in the dual role of Guard/Forward. While at the California-based community college, the basketball player played in a total of 29 matches and was part of 8 conferences. Playing for 465 minutes in the 2021-2022 session, he averaged 10.1 points and 4.0 rebounds in each match. Given his highly impressive stats, everyone, including Mosley, had high hopes for Dez that he would be able to make it to the next level.

Where is Dezmond Washington Now?

Presently, Dezmond Washington is a student at the University of Minnesota(UMN) Crookston. As a junior, he is pursuing a major in General Studies. He is also part of the Crookston Golden Eagles, the institute’s basketball team. The institute is part of the NCAA Division II circuit, providing Dezmond the necessary boost to hopefully propel his career in the right direction. As of writing, the ex-ELAC Husky has participated in 9 games of the 2022-2023 session and has apparently started in all of them.

Despite the small number of matches that Dez has been a part of, his numbers are nothing short of impressive. The player has been on the court for 229 minutes and scored 89 points (9.9 per match). Under his new Head Coach Bryan Beamish, the Blair alumni seems eager to press forward and do even better in upcoming games. Given the packed schedule that the Golden Eagles have in front of them, we are sure that Dezmond will get plenty of opportunities to turn his dreams into reality.

As fans of the show might already be aware, Dez has a son named Princeton Washington, who was born when the player was still in high school. Given his own upbringing, the UMN student is determined to be there for his son as much as possible. Princeton’s mother, Jocelyn Salgado, seems to be on amicable terms with the father of her son and has provided much support to him during his career as a basketball player. Initially, Dez had been hesitant to accept an offer from a college outside California as that would take him away from his kid. Since the plan did not pan out, Dez visits his family as much as possible.