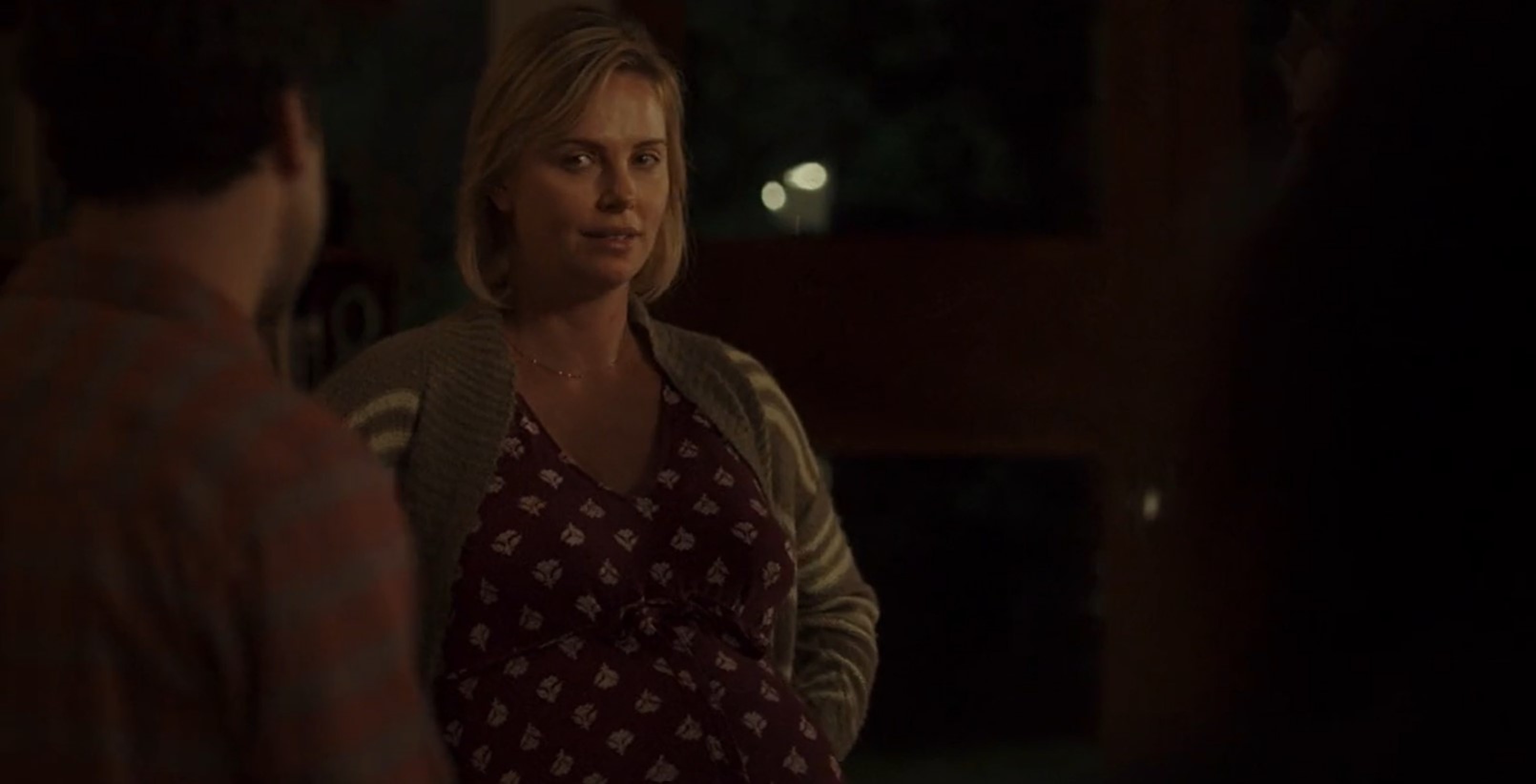 ‘Tully‘ is a moving comedy-drama movie that touches upon the challenges of motherhood and self-acceptance during mid-life. Directed by Jason Reitman, it revolves around Marlo, a mother of three, who befriends Tully, her new night nanny. Tully’s arrival not just eases Marlo’s life in terms of managing her children, but also helps her get in touch with the desires and dreams she had during her youth.

The movie has received a lot of praise for its realistic depiction of postpartum depression and parenting a newborn, especially due to actress Charlize Theron’s performance as Marlo. Her lifelike treatment of the character makes the audience wonder whether she was actually pregnant while filming ‘Tully.’ Let’s find out, shall we? SPOILERS AHEAD.

Did Charlize Theron Gain Weight or Was She Really Pregnant?

First of all, no Charlize Theron was not pregnant during Tully. Though, she did work extremely hard to change her appearance as per the character’s demands. In the movie, she essays a 40-something mother, who struggles with exhaustion and sleep deprivation before and after the birth of her third child. Pregnancy causes a lot of bodily changes such as weight gain as well as visible tiredness and loss of self-confidence. 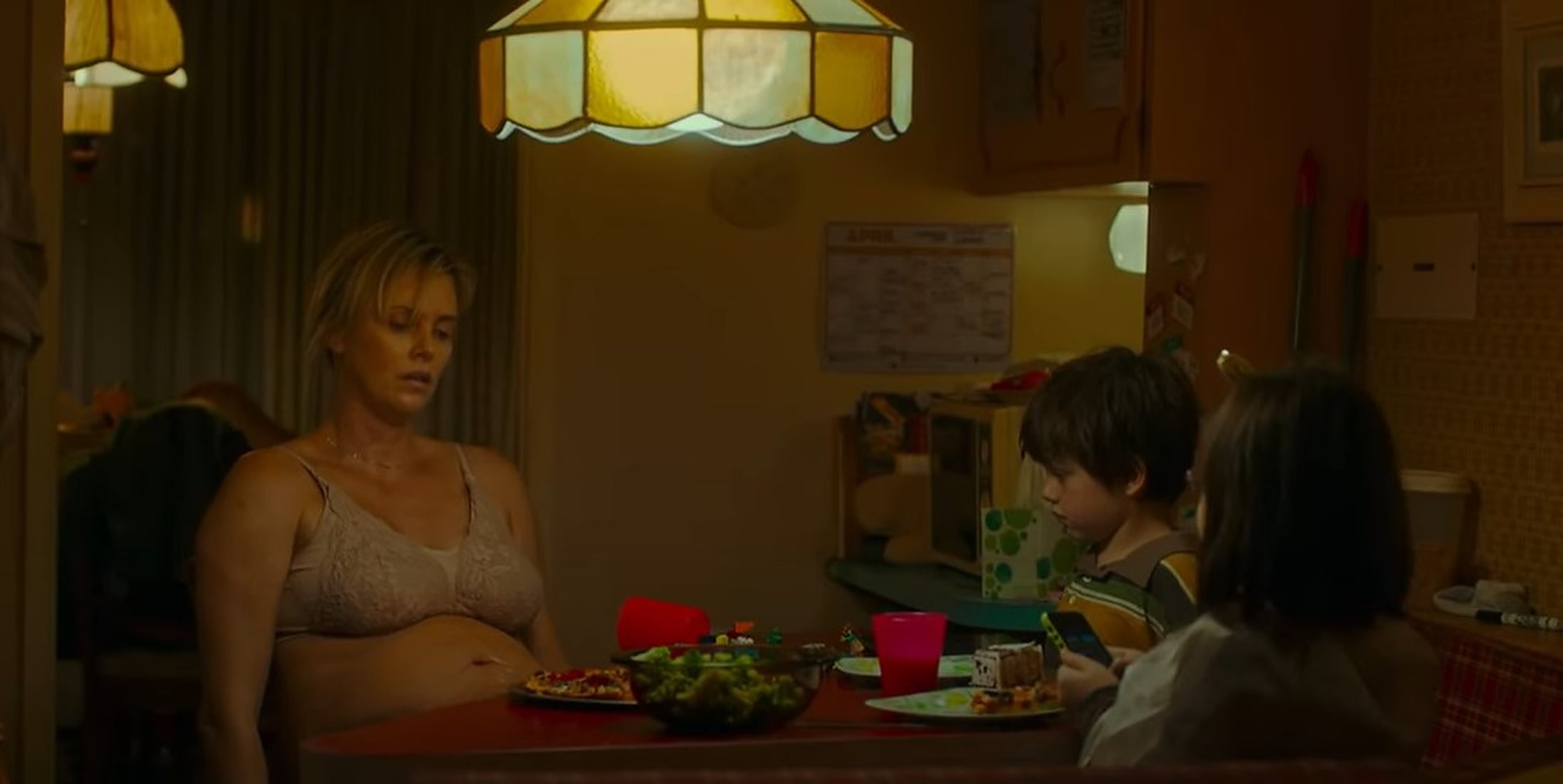 To play Marlo, Theron painstakingly gained around 50 pounds in three and a half months. In an April 2018 interview, she elaborated on the grueling process and said, “I gained close to 50 pounds for this film… I just wanted to feel what this woman felt, and I think that was a way for me to get closer to her and get into that mindset. You know, it was a huge surprise to me. I got hit in the face pretty hard with depression. Yeah, for the first time in my life I was eating so much processed foods and I drank way too much sugar. I was not that fun to be around on this film.”

The talented actress further divulged that the initial three weeks of gaining weight were fun and easy for her, as she was enjoying eating junk food. But afterward, it became increasingly difficult to continue as it started feeling like a job, for which Theron had to follow a certain schedule. I would literally wake up at two in the morning and I’d have a cup of cold macaroni and cheese just next to me…I would wake up and I would just eat it…I would just, like, shove it in my throat. It’s hard to maintain that weight,” she recalled.

Furthermore, Theron spoke about how her real-life kids Angela and Jackson reacted to her weight gain and even believed that their mother was pregnant. She compared it to one of the scenes in the movie and stated, “I had a very similar moment with my older one. Like in the film, where she saw my body one day and was like, ‘Mom, what has happened to your body.’ It was a little too close to home. I shared it with [director] Jas[on Reitman] and I was like, ‘This is a little too real for me.’ And [my kids] still refer to this movie as the movie where mommy had a big belly.” 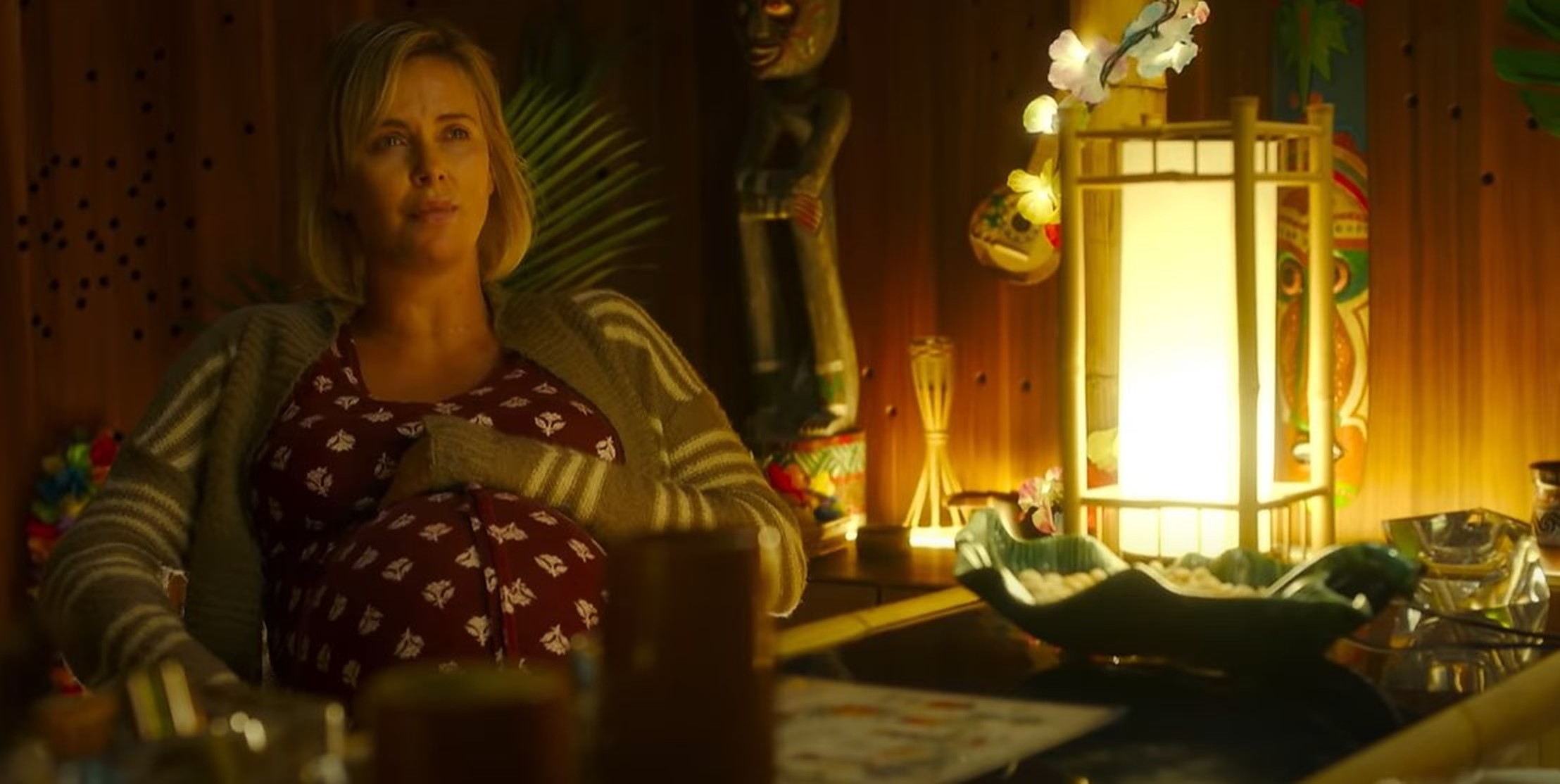 In addition, Theron expressed how tough it was to lose all the pounds she gained after filming ended, compared to the physical transformations she had undergone for her previous movies. She shared that she had to be discreet about putting on weight during the press interviews and other projects she was working on at that time, and it often led to people believing that she has used prosthetics in ‘Tully.’

“I was worried. I was like, this is taking a really long time…You know your body at 27 is a little different than your body at 43, and my doctor made sure to make me very aware of that. Like, you are 42, calm down, you’re not dying, all good,” revealed Theron about the stress she faced while getting back into shape. Apart from the external process, she also spoke about how being a mother herself, makes her relate to the movie’s underlying message. “It makes you realize that nobody has it easier than you or they don’t experience any of those things. It’s messy,” she concluded.

Charlize Theron’s dedication proves that being an actor is much beyond all the glamor, and her sincerity toward understanding the role and all its nuances has ensured that Marlo comes across as a lifelike character on-screen. Her efforts coupled with those of the entire production team in authentically capturing the less glorious aspects of motherhood accurately have resulted in ‘Tully’ being a relatable and effective movie.

Read More: Where Was Tully Filmed?