Did Tate Kill Chase? Does Tate Die in in Where the Crawdads Sing? 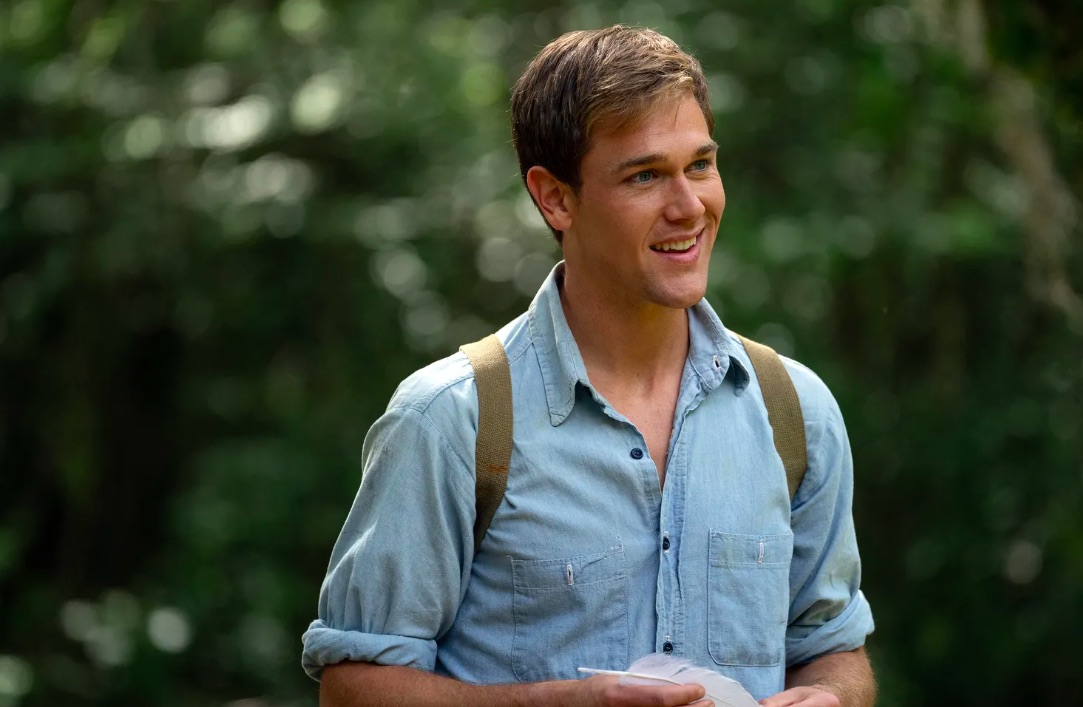 Sony Pictures’ adaptation of Delia Owens’ novel, ‘Where the Crawdads Sing’ spins a complicated tale of Kya Clark, a girl who gets involved in a murder investigation. What pits everyone against her is her reputation as the town outcast. She has lived her whole life in seclusion, spending most of her time on the marshes with birds and other living beings. Despite trying not to come in contact with outsiders as much as possible, she eventually falls in love with a boy from the town. Soon, heartbreak follows and she finds herself falling for someone else.

There is a marked difference in the personality of her two love interests. So when one of them gets murdered, it is natural that the other one comes under suspicion. If you are wondering whether Kya’s first boyfriend, Tate, had anything to do with the death of her second boyfriend, Chase, then here’s what you should know. SPOILERS AHEAD

Both Tate and Chase Andrews lived in Barkley Cove and had heard tales about the reclusive Marsh Girl. Both of them indulge in a relationship with her at some point, but their definition of love for Kya is nowhere close to each other’s. Tate meets Kya when they are just children and only gets to know her better when they are on the cusp of adulthood. Their bond is much more intimate as Tate is the first person, apart from Jumpin’ and Mabel, that Kya opens up to.

Their love for nature and birds brings them together, and Tate teaches her to read. Tate is also aware of the things that go around town about Kya and he is respectful of her when things get physically intimate between them. This is in stark contrast with Chase, who has nothing in common with Kya. In fact, she confesses that the only reason she stays with Chase, in the beginning, is because she doesn’t want to be lonely anymore. Over time, however, she becomes invested in the relationship and doesn’t protest when Chase talks about them getting married. But there is a violent side to Chase that only surfaces later.

When Chase dies, the audience suspects that Tate might have something to do with it because Tate knew that Chase had hit Kya. Tate never approved of their relationship, so it makes sense that he would have been angry when he found out that Chase was being abusive to the girl he loved. He and Chase almost fight each other over Kya, which is when Tate’s red cap also comes into view.

The thread from the cap is one of the pieces of evidence used against Kya because the cap is found in her possession after the murder. However, it is later revealed that it was actually Tate’s cap and he gave it to Kya at one point. Because the case against Kya doesn’t have a solid ground to stand upon, one starts to wonder whether it was Tate who attacked and killed Chase. Eventually, however, it is revealed that Tate had nothing to do with Chase’s death because it had been Kya all along.

Death and loss are an integral part of ‘Where the Crawdads Sing’, which leaves the audience wondering about the fate of every other character. While some people do die by the end of the film, Tate is not one of them. In fact, he gets his happy ending with Kya and lives a long and happy life with her. Though there was a time when it looked like things had ended between them for good.

Despite the depth of their relationship, once Tate moves to college, he leaves Kya behind. He feels like exploring the world and believes that Kya might hold him back. Eventually, however, he comes around to the fact that he can go anywhere in the world and it would mean nothing to him without her. So, a few years later, he comes back to Barkley Grove, and after a lot of ups and downs, he is forgiven by Kya. In the end, they get together and spend the rest of their lives with each other.

Read More: Do Tate and Kya Get Married in in Where the Crawdads Sing? Do They Have Kids?