Do Tate and Kya Get Married in in Where the Crawdads Sing? Do They Have Kids? 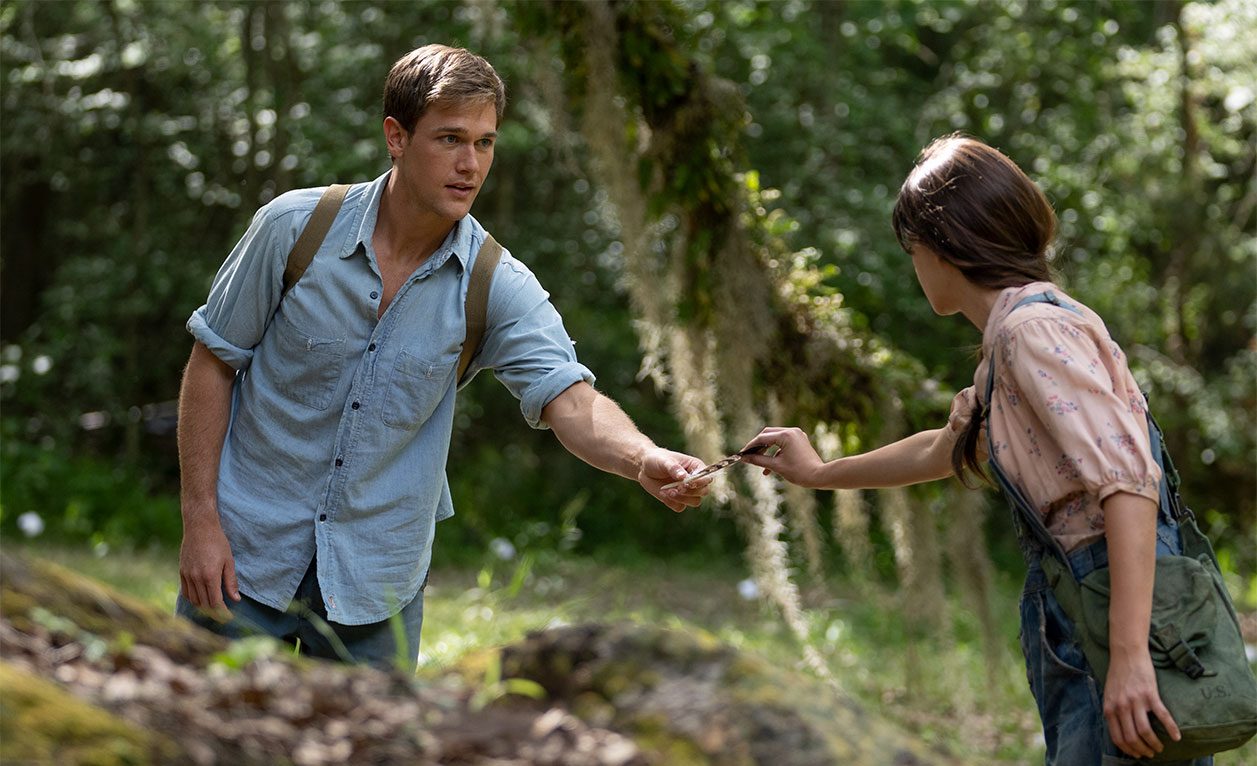 Sony Pictures’ ‘Where the Crawdads Sing’ is the story of Kya Clark, a young woman who gets caught up in a murder investigation. As we dive into the details of the case, several aspects of Kya’s life are revealed to us. It turns out that she had been the town outcast all her life. As time passed, she started finding comfort in her seclusion, even if it meant that the entire town would be concocting all sorts of stories about her. While most people tend to shun her, there are a few who are kind to her and love her for who she is. One of those people is Tate.

Tate and Kya first meet as children, and progress to becoming lovers in their teenage. Time and circumstances create many hurdles in their path, but eventually, when the storm settles, they end up together. If you are wondering what the future holds for them as a couple, then here’s all you need to know. SPOILERS AHEAD

Do Tate and Kya Get Married and Have Kids?

While Tate and Kya end up together in ‘Where the Crawdads Sing’, they don’t get married in the conventional sense of the term. Tate is Kya’s first love, and even after he leaves her, she doesn’t stop having feelings for him. For his part, Tate, too, comes back to her eventually. He leaves Barkley Cove for college and promises to never leave Kya. But once he is out in the world, he realizes that it might not be something that Kya wants to be a part of.

Tate believes that she is too connected to her surroundings and would never leave the marsh to settle with him somewhere else. He doesn’t want to hold himself back and decides to leave Kya behind. In the end, however, he realizes that the world out there doesn’t hold as much importance for him as she does. He comes back to Barkley Cove and apologies to her. Initially, Kya, who is in a relationship with Chase Andrews at the time, doesn’t feel like forgiving him. But after Chase’s murder and her trial, she decides to give Tate another chance and they get together.

When Tate asks Kya to marry her, she says that aren’t they already married, like geese! For Tate, this is good enough, and the matter is not discussed anymore. Does this mean that they never get married? Yes. While marriage could be considered the next natural step in their relationship, it is not so for Kya. Both of them are naturalists, who have been studying the fauna around them since they were kids. Kya, particularly, has spent more time with animals than humans, and she is more versed in their ways.

For her, when it comes to spending her entire life with someone, she doesn’t draw reference to someone else’s relationship. Instead, she looks towards geese, who are also monogamous and mate for life. Her understanding of a deep and loving relationship, thus, finds its examples in the birds that she has watched her whole life, rather than looking towards the ways of humans. If geese don’t need to get married to be in a lifelong relationship, she doesn’t see why she and Tate have to. So, Tate and Kya never get married, but they spend the rest of their lives together.

Another thing that we find missing in their relationship is children. In the montage that gives us a peek into how their happily ever after looks, we never see them with children of their own. The only children that we see with them are Jodie’s. While the reason behind them not having children is not discussed in the film, it can be assumed that they couldn’t, rather than didn’t, have them for natural reasons. They probably tried, but when it didn’t happen, they didn’t bother to go to extreme lengths to make it happen. They had always been enough for each other, and it would have remained so, with or without children. So, while they have a loving relationship with the children of other people, they don’t actually have any of their own.

Read More: How and Why Did Kya Kill Chase in Where the Crawdads Sing?