Do Benoît and Mindy Get Together in Emily in Paris Season 2? 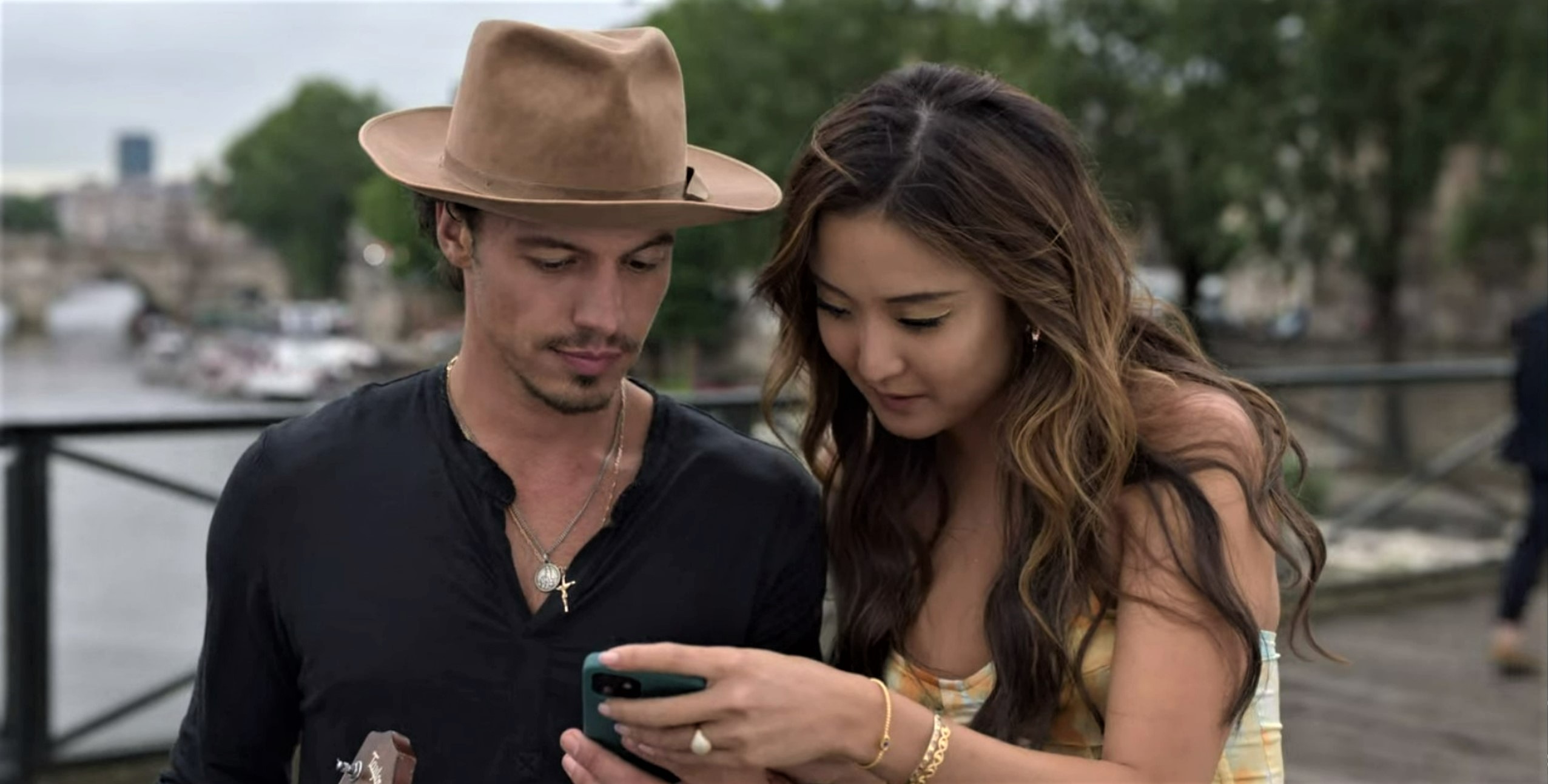 ‘Emily in Paris,’ the Netflix rom-com created by Darren Star, explores the city of Paris through the adventures of Emily Cooper. An American unable to speak French, Emily faces trouble at work thanks to her standoffish coworkers and glamorous clients. However, she soon finds a friend in Mindy Chen — the estranged daughter of a Chinese billionaire who is working as a babysitter in the French capital. At the end of season 1, after Mindy loses her job, Emily allows her friend to become her roommate.

Thus, fans are deeply invested in the life of Mindy, who is fluent in French, extremely fashionable, a great singer, and a faithful friend. So, in season 2, when the charming Benoît enters Mindy’s life, almost everyone wishes for the two to fall in love. Thus, the question is: do Benoît and Mindy end up together? Let’s find out. SPOILERS AHEAD.

Do Benoît and Mindy Get Together?

We first meet Benoît in episode 4 of season 2 when he and his friend Étienne approach Mindy after she returns to her post as the “dame pipi” of the drag club; this is right after she gives a stellar vocal performance to a full house. Whilst it is true that Mindy initially took up the job because she wanted to sing, she seems to be making the best out of her situation and cheerfully collects money from those going to the washroom.

Étienne tells Mindy that she is “the most overqualified dame pipi in all of Paris.” Then, Benoît says, “Okay, you were incredible. And we might have a job for you.” Instantly, Mindy is intrigued. At first, she assumes that the two men in front of her are gay and want her to either sing at or officiate their wedding. Benoît and Étienne laugh; they tell her that they want her to join their band as a singer.

Although Mindy is excited, she worries about her expired work visa. Benoît and Étienne assure her that her visa won’t be an issue. At this point, Mindy is not at all interested in Benoît romantically because she thinks he’s gay. When Mindy finally goes to perform with her new band, she realizes that what they actually do is busking. Benoît, who plays the guitar, reassures her by saying that the acoustics are often good in public spots. Soon, Mindy gets engrossed in their performance and has a good time. We begin to notice that Benoît constantly looks at Mindy whilst performing.

In episode 5, Julien attends the band’s public performance and immediately eyes Benoît. Later, when Mindy talks to Emily, Julien mentions that he thinks Benoît is attractive. Emily then suggests that they can hire Mindy’s band for the Chopard soirée — this way, Mindy and her bandmates get a gig and Julien gets a chance to hit on Benoît. At the soirée on the bateau-mouche, the band gives a stellar performance. Afterward, Benoît approaches Mindy and says, “You sound incredible tonight. I mean, you always do. But especially tonight.” However, Mindy gives him a friendly pat, oblivious to his flirting, and introduces him to Julien.

However, it quickly becomes apparent that Benoît is not gay. “Okay, and I think that you’re [Mindy] totally hot,” he says, to make it known that he likes Mindy. Julien looks understandably disappointed and Mindy exclaims, “Wait, you’re straight?” Then, in episode 6, Mindy and Benoît perform a love song publicly that the former is not so confident about. However, they both start looking at each other as they together sing. It becomes apparent that Mindy and Benoît like each other and are relating to the hopeful lyrics of the song. 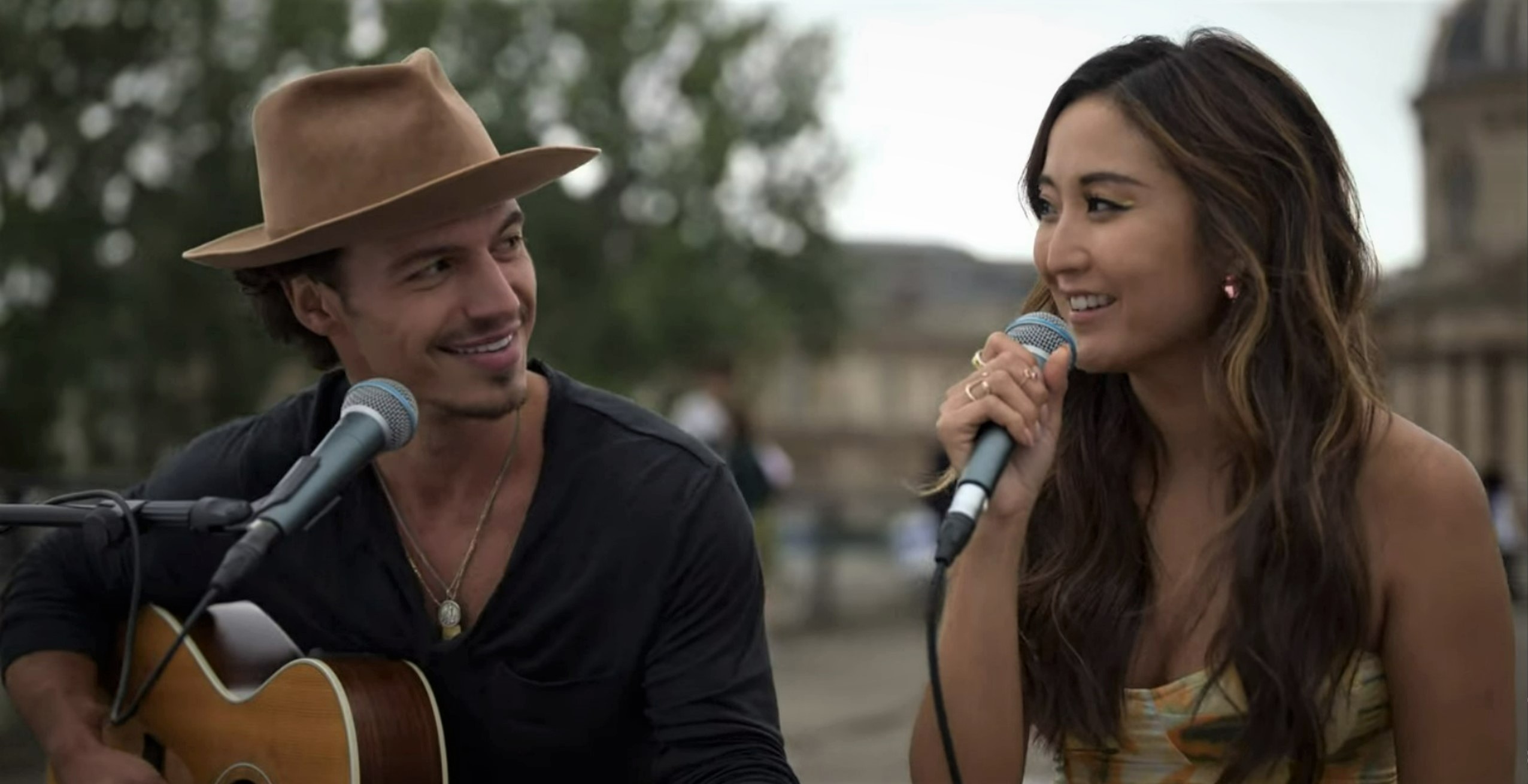 In episode 7, Mindy and Benoît visit a park. As they lounge on the grass, Benoît begins to play music he has composed. When Mindy compliments it and asks him about it, he mentions that he used to go to music school. However, when his favorite teacher told him to stop writing songs, his confidence took a hit and he decided to drop out.

Then, Benoît mentions that he only recently started composing music again. “Yeah, since you joined the band, I’ve been feeling very inspired,” he confesses, letting Mindy know that he likes her. He leans in to kiss her but she leans back. Benoît is immediately worried and asks, “Oh…should I not have?” Mindy quickly lets him know that she wants him to kiss her but is worried about her “falafel breath.” Benoît laughs, says that their breaths will cancel each other out, and kisses her passionately. Thus, Benoît and Mindy start officially dating.

In episode 9, Emily walks into the room whilst Mindy and Benoît are having sex under the sheets. Later, Mindy finds out that news of her performing on the streets of Paris has gone viral in China. By now, we know that only Étienne knows the truth about Mindy’s “Zipper King” father and failed performance on “Chinese Popstar.” Mindy angrily confronts Étienne and the truth comes out. Étienne’s Chinese friend — the one he talked to about Mindy — is not just an innocuous fan but also a journalist.

As Mindy yells at Étienne, Benoît looks concerned. Eventually, Étienne asks Mindy to tell Benoît the truth about herself. When she doesn’t, Étienne informs Benoît that his girlfriend’s father is a billionaire. Benoît is shocked and asks Mindy to explain. An upset Mindy says that she didn’t tell him the truth as she didn’t want to ruin his “starcrossed, starving artist journey” about them, which he is using to compose “their song.” Understandably, Benoît, who is actually a struggling artist, gets offended. “Wow. You’re slumming it with us,” he says hollowly.

It is obvious that he thinks Mindy is just a rich person who hangs out with poor musicians for fun. “Is this the real you?” he asks. However, Mindy leaves, not wanting to explain that she is estranged from her rich father because she wants to pursue her dreams and not be forced into the traditional role of a Chinese daughter. When Étienne tells Benoît that he knew his girlfriend would break up the band, the Frenchman retorts, “No, no, no, man, you broke up the band.”

In episode 10, Mindy apologizes to Benoît by placing a coin in his hat whilst he performs. However, things are still messy between them, as Benoît feels as though as he was lied to and exploited. However, the band decides to perform at a Chinese supper club in Belleville; it is Étienne who informs Mindy about the gig, and not Benoît. We realize this is because the band scored the gig only because the supper club owner’s daughter wants a photo with Mindy. Clearly, Benoît doesn’t want to make use of Mindy’s celebrity status but is forced to do so as he needs the money.

During the performance, Mindy and Benoît start to connect musically again. As they look at each other, Benoît seems to forgive Mindy and starts to play “their song.” After their performance, the two kiss as the audience cheers loudly. Thus, Benoit and Mindy do end up together and it seems as though they are looking forward to a happy future. Plus, we will hopefully get to see their love song being played at fantastic venues across Paris.

Read More: Do Emily and Gabriel End Up Together in Emily in Paris Season 2?