Darren Star’s ‘Emily in Paris’ is a breezy romantic-comedy that revolves around Emily Cooper, an American marketing executive who is sent to Paris, France, for work. The Netflix show aesthetically explores the City of Love and shows us the highs and lows of Emily’s wild adventures, both on the personal and professional front. Although the Lily Collins starrer has been panned by critics for its stereotypical representation of French people, fans across the world swear by its characters’ scintillating chemistry, chic outfits, and heady mixing of business and pleasure.

In season 1, we see how Emily is mesmerized by Paris but also crushed by how standoffish her coworkers are. Eventually, Savoir’s employees warm up to her; Emily even manages to make friends in the city. Towards the end of the season, Gabriel and Emily finally spend the night together as a farewell of sorts.

However, Gabriel decides to stay back in Paris when Antoine Lambert funds his restaurant. This complicates the situation, especially because Camille is unaware of what transpired between her ex-boyfriend and friend. The show’s second edition picks up right where its predecessor leaves off and is a deep dive into Emily’s chaotic love and work life. So, if you were looking for a recap and ending explainer of ‘Emily in Paris’ season 2, you’ve come to the right place. SPOILERS AHEAD.

The season opens with Emily and Mindy living together; the former panics about meeting Camille as she wants to talk about Gabriel. Emily then meets Mathieu Cadault at the station and the two board the train to go to St. Tropez. However, when Mathieu overhears a phone conversation between Emily and Gabriel, he realizes that the two have feelings for each other and backs out of the trip. Camille and Mindy decide to accompany Emily instead. 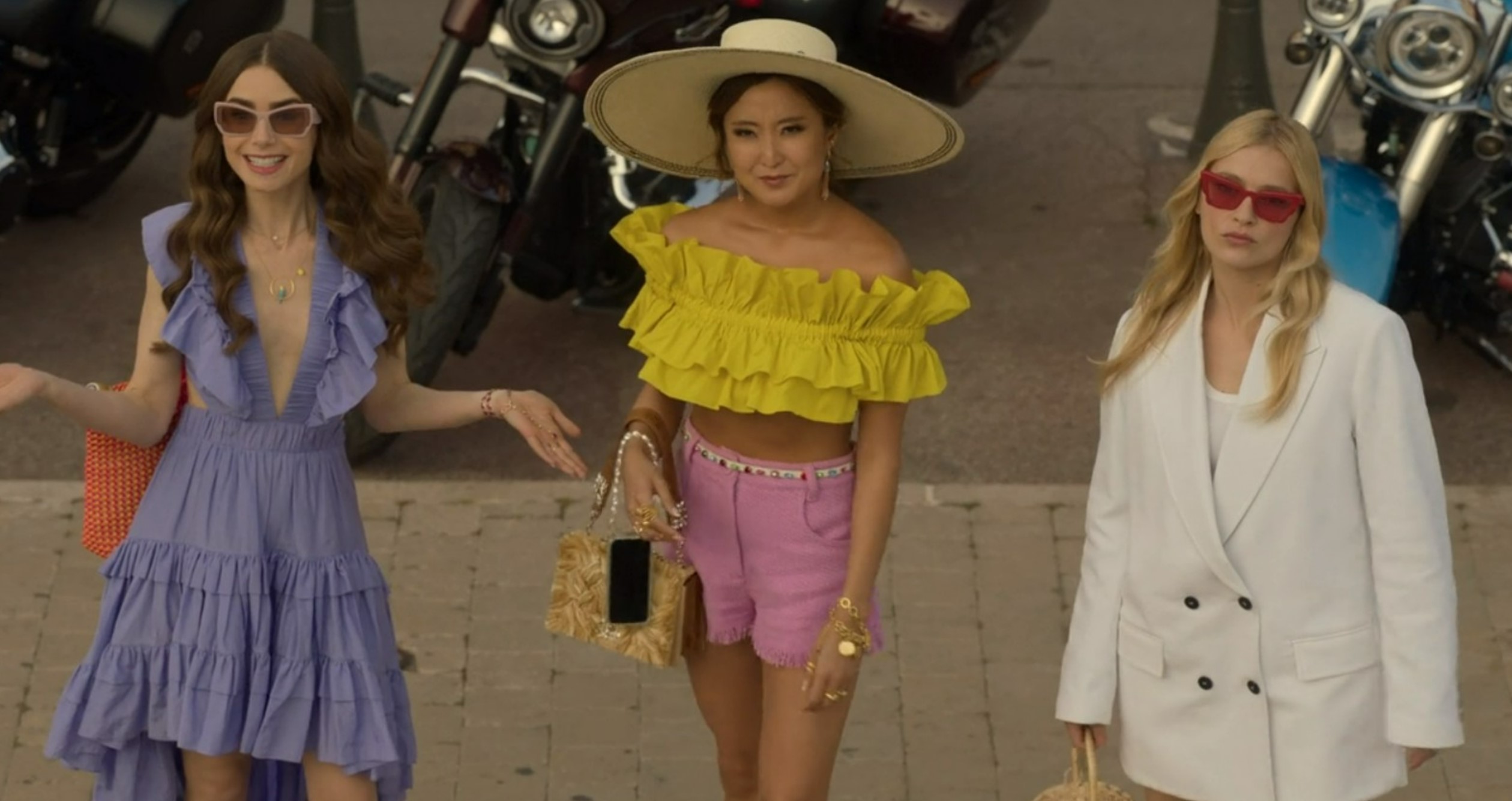 During her trip, Emily lets fashion designer Grégory Elliott Duprée post some photos with the luggage Rimowa had designed for Pierre Cadault. However, this puts her in trouble as Grégory and Pierre are enemies. Meanwhile, Savoir is promoting Camille’s family’s champagne, Champére, by selling it at Laurent G., a trendy club in St. Tropez. There, Emily shockingly runs into Sylvie and finds out that the club’s owner, Laurent Grateau, is her husband.

Later, Sylvie and Julien fix the Rimowa and Pierre situation — the old fashion designer finally agrees to the “ringarde” luggage design. Meanwhile, Emily plans her birthday dinner and wishes to get Camille and Gabriel back together, especially since the former is still in love with the latter. However, when Camille leaves the party to get some champagne from Emily’s fridge, she notices Gabriel’s special pan — the one he refuses to give away — on the countertop. She immediately realizes the truth of the situation.

Returning to the party, Camille makes a toast in which she accuses Emily of pretending to be her friend whilst having an affair with her boyfriend. Later, an upset Emily fails her level 1 French class and is forced to sit with a bunch of new people. Meanwhile, Mindy, who till now was just a “dame pipi” at a drag club, joins a busking band comprising Benoît and Étienne. At work, Emily decides to write an apology letter to Camille in French. 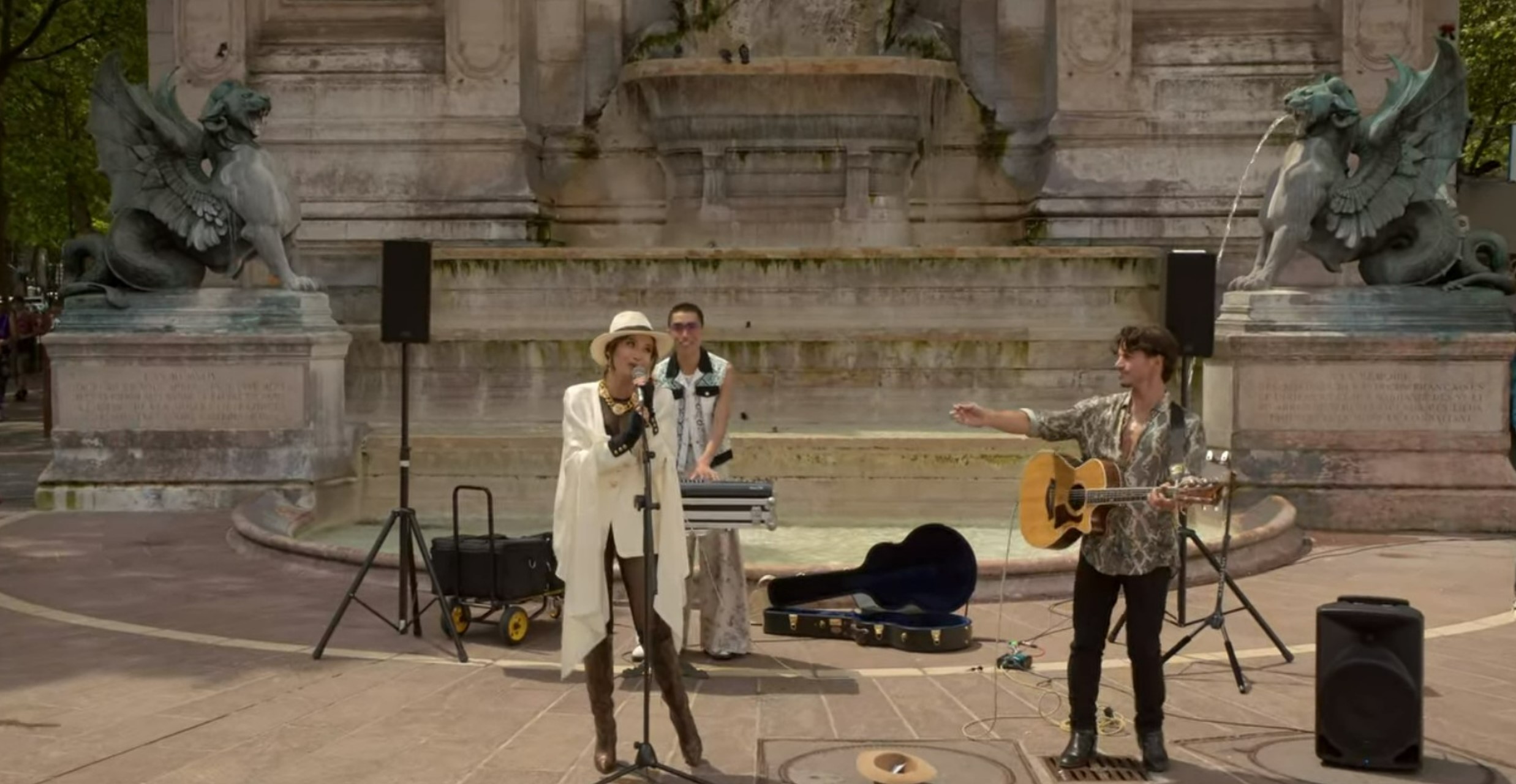 In French class, Emily is forced to sit next to Alfie, a London-based banker who isn’t interested in learning French and dislikes Paris. Then, when Camille’s mother requests Emily back on the Champére account, Camille and Emily meet for lunch and put aside their differences. However, Camille, seemingly on her mother Louise’s suggestion, makes Emily agree to a pact that neither of them will ever date Gabriel. Emily, who had just kissed Gabriel in the previous scene, hesitatingly agrees.

Later, Emily asks Mindy’s band to perform at the Chopard soirée on a bateau-mouche. Emily then tells Gabriel that she doesn’t want to date him because she is only going to be in Paris for a year and will return to Chicago afterward. Then, during the opening of Gabriel’s restaurant, Chez Lavaux, tensions run high — Gabriel wants the place to be a restaurant whilst Antoine wants it to be a club. However, thanks to Camille and Emily, both men decide to compromise. Meanwhile, Sylvie begins an affair with a photographer named Erik DeGroot.

Benoît and Mindy develop feelings for each other just as Alfie and Emily start hitting it off. When Emily goes to Alfie’s apartment for the air conditioner, the two end up having sex. The next day, she’s unable to contact him. However, we find out that Alfie’s phone is in the jacket Emily wore when she left his place in the morning. Alfie finds Emily by going to Chez Lavaux; he meets Gabriel and strikes up a friendship with him. Gabriel later tells Emily that he now knows why she doesn’t want to date him — it’s not because of the “expiration date” but because of her new lover. 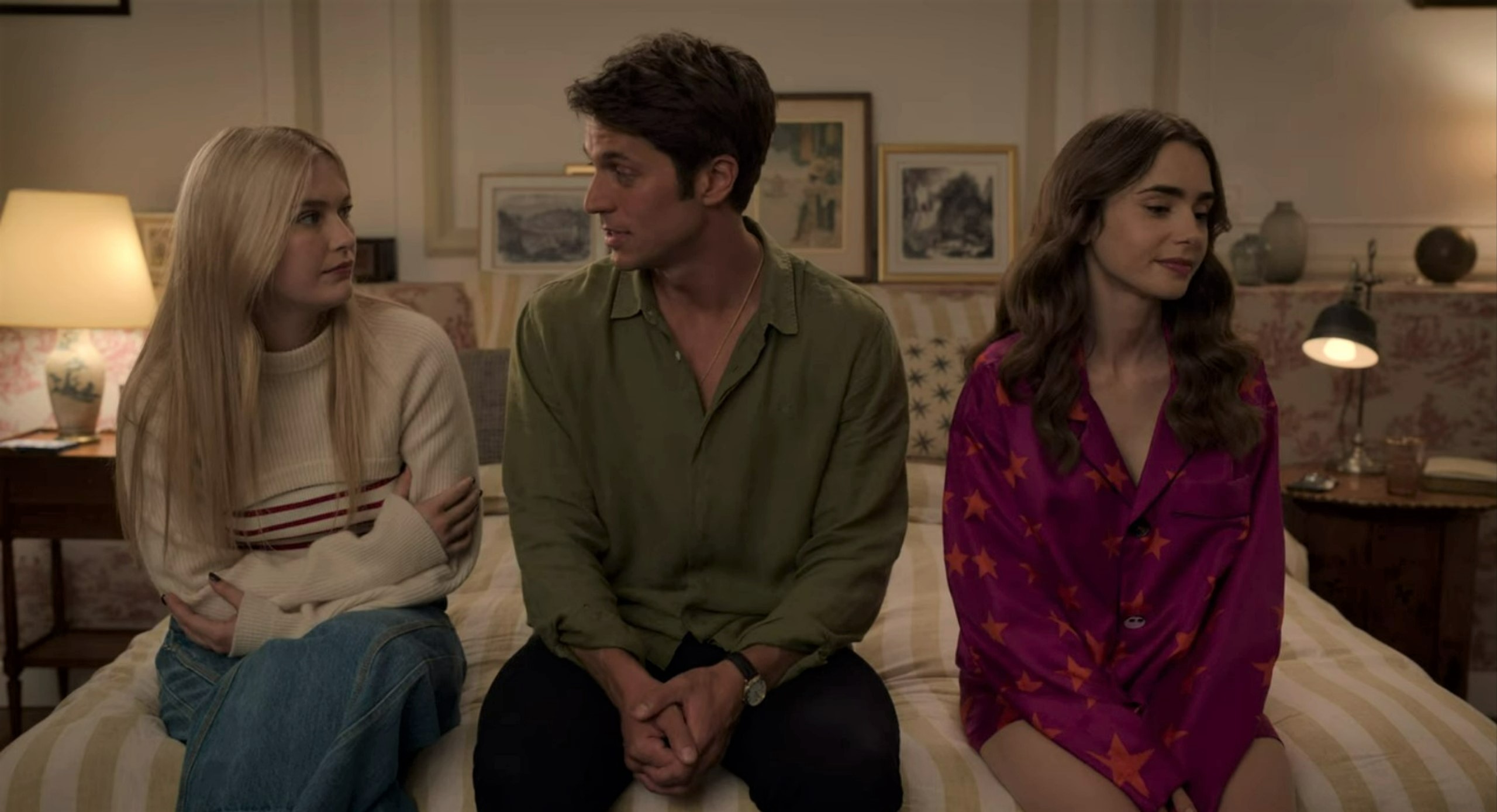 Later, Emily goes to Champagne with Camille to work on Champére’s marketing. However, a freak disaster with Gérard, a sword, and a bottle-opening challenge leads to Camille’s dad losing the tip of his finger. Louise asks Gabriel to rush over to the château, making it seem as though the situation is grave. After Gabriel arrives, Emily feels like the third wheel — this is exactly what Louise wants because she wishes to see her daughter rekindle her old relationship. Meanwhile, Sylvie unwinds and meets Erik’s friends.

Then, a heavily pregnant Madeline Wheeler, Emily’s Chicago boss from the Gilbert Group, arrives in Paris for an executive check-in of Savoir. Things immediately become hostile between Sylvie and Madeline, as the latter is very American, loud, and thorough. Meanwhile, Benoît and Mindy break up after he finds out about her billionaire father thanks to Étienne.

Alfie and Emily start developing strong feelings for each other. Then, Madeline notices that Savoir has been undercharging Maison Lavaux for years. At the Laboratorie Lavaux opening, Antoine’s wife, Catherine, tells Madeline about her husband’s affair with Sylvie. She also says that the affair is now over, as Sylvie is dating Erik. Meanwhile, Luc accidentally tells Alfie about Emily and Gabriel. 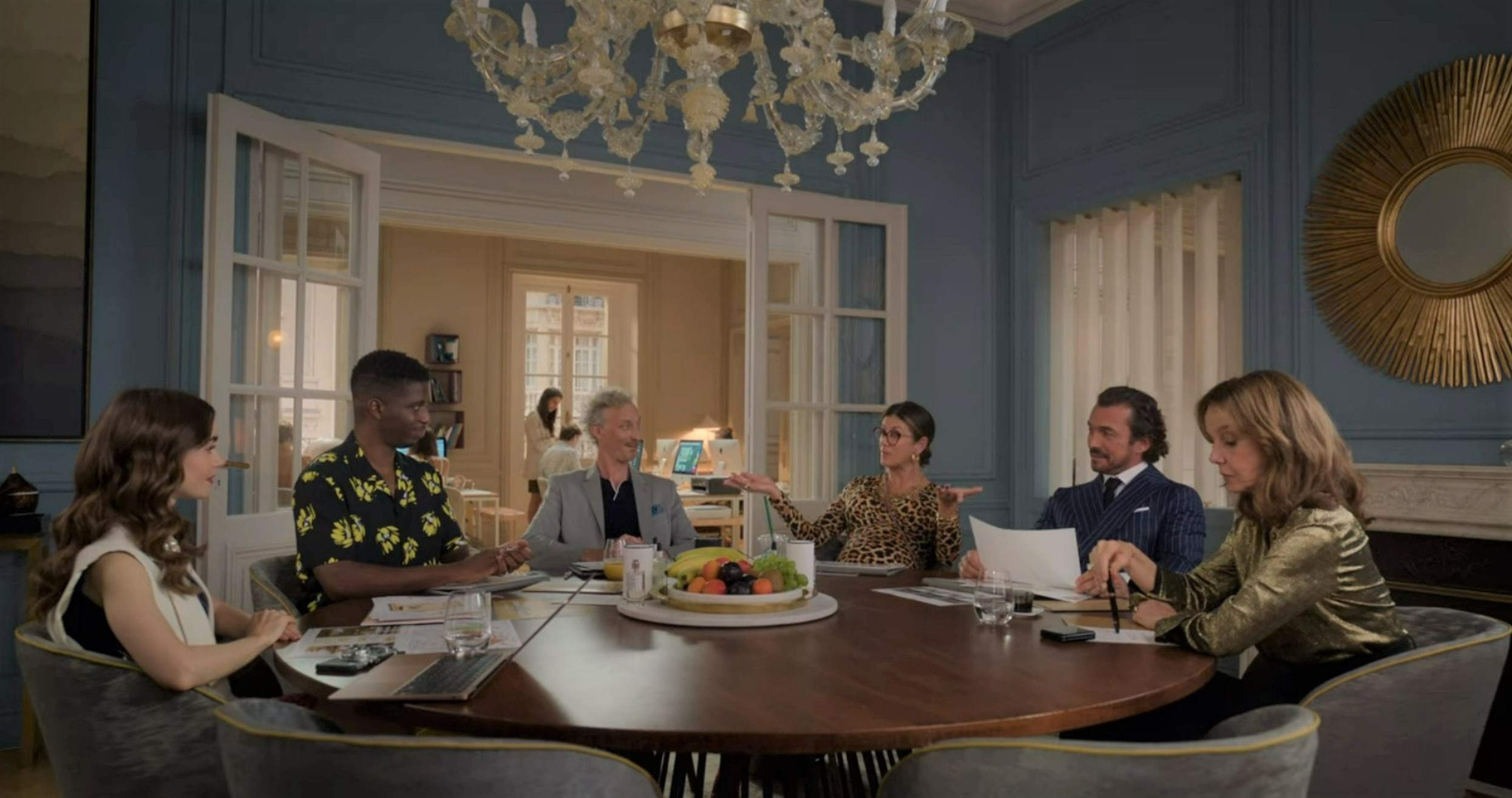 Emily clears the air with Gabriel, and the two seem to become closer than ever. Then, Madeline uses Emily to do a deep dive into Savoir’s accounts. She decides that a personnel change will be required. Madeline later forces Savoir to bag Grégory as a client, even though he’s Pierre’s rival.

Mindy and Benoît get back together when the band performs their song at a Chinese supper club. Afterward, Grégory’s fashion show is deemed a massive success; the designer reconciles with his former mentor, Pierre. However, just as Madeline tells Sylvie that her performance will be subjected to a 360-degree review, the Frenchwoman resigns from her job. A shocked Emily watches as Julien and Luc quit with her and leave Savoir.

Emily in Paris Season 2 Ending: Does Emily End Up With Alfie or Gabriel?

Later, Emily meets Alfie and tells him about her chaotic workplace situation. He then hesitatingly reveals that he was supposed to leave Paris a week ago, but stayed back for her. He tells her that he’s willing to do a long-distance relationship and have her plan their schedules. A delighted Emily agrees to his plan and kisses him. 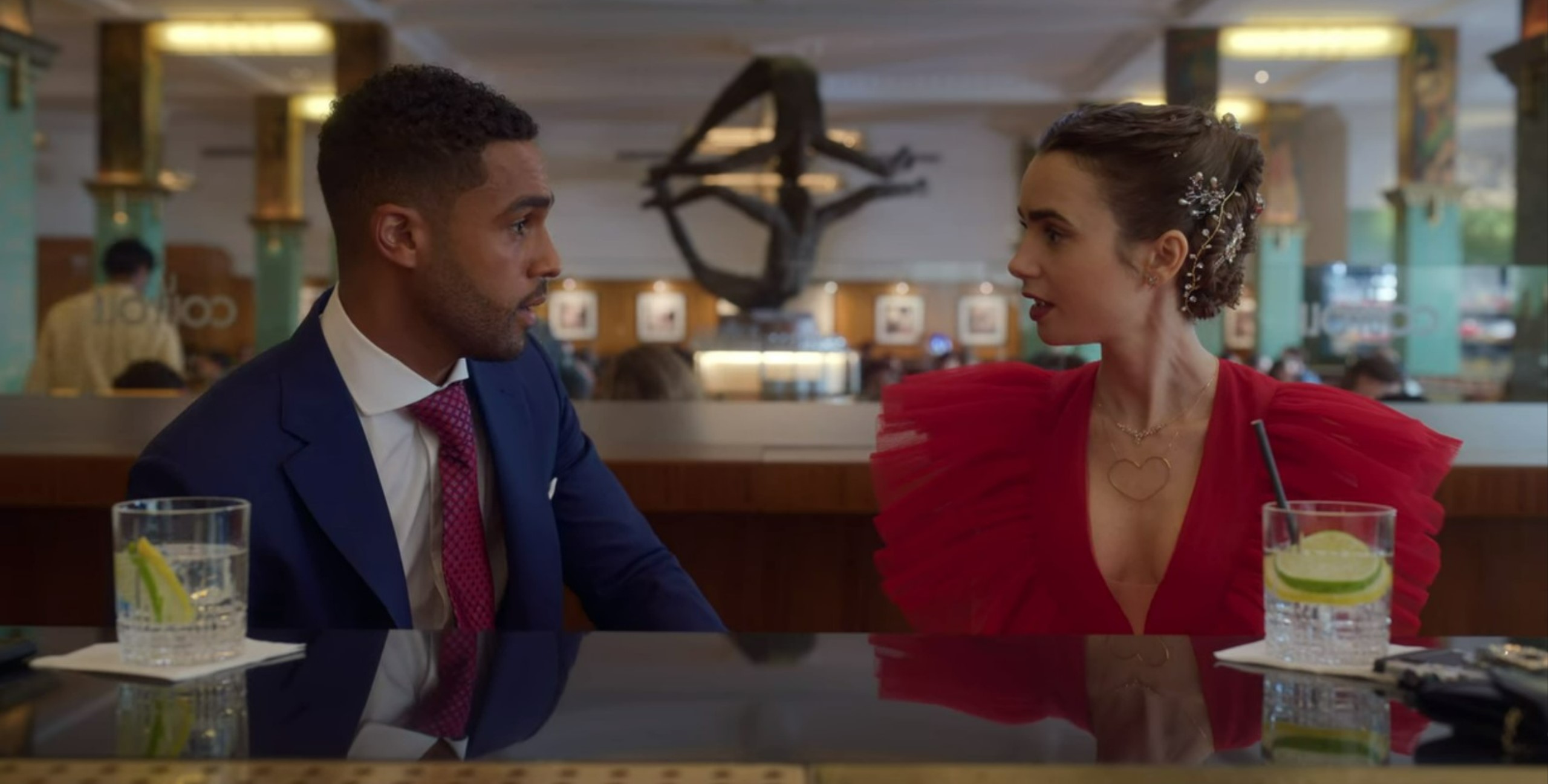 At Savoir, Madeline gets ready to Americanize the French company, ignoring Emily’s hesitation. Later, Sylvie, Julien, and Luc invite Emily for lunch. Sylvie tells Emily that she — using the money she got by selling her Laurent G. shares to her husband — is starting a new company and wants her to be a part of it.

At the park, whilst talking about her problems to Mindy, Emily confesses that she’s unsure about her work and love life. She then accidentally says that she’s “in love with her friend’s boyfriend.” Mindy begs her to acknowledge her feelings and not hesitate due to Camille’s childish pact. So, Emily runs to Gabriel’s apartment to confess her love for him. However, just as she starts to talk, she notices Camille unpacking her bags inside his house. Camille removes her earphones and joyously tells Emily that Gabriel has asked her to move in with him. 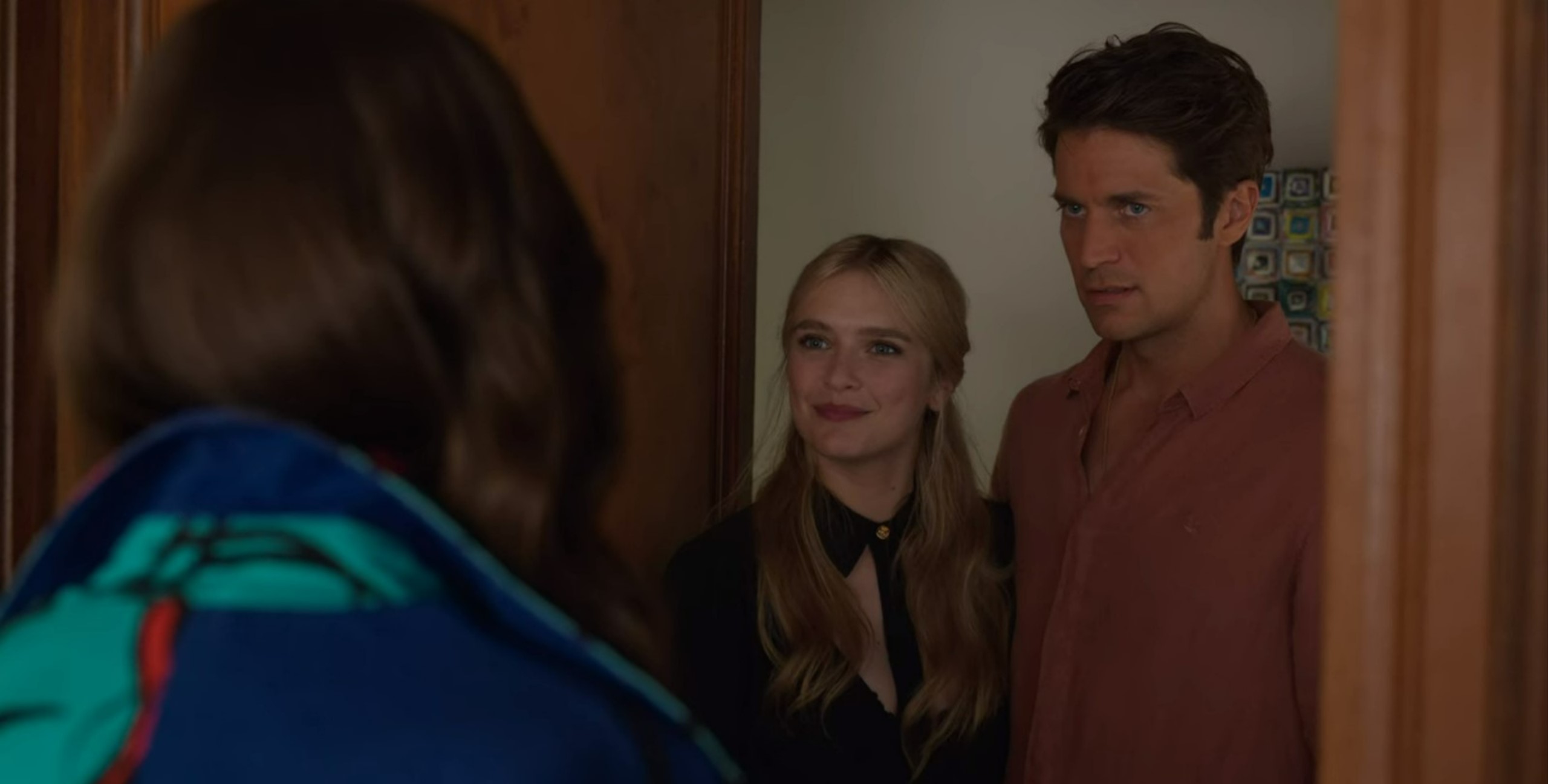 A dejected Emily later calls Sylvie to say that she’s made her decision. So, at this point, it’s obvious that Emily wants to choose Gabriel — because she’s in love with him — but can’t. Additionally, Gabriel also loves her but is hurt by her decision to date Alfie. Moreover, Emily previously did agree to try a long-distance relationship with Alfie, who is unaware of her feelings for Gabriel. Also, Alfie seems to be falling in love with her and is likely to be extremely committed.

It thus seems as though Emily has three options — she can break up with Alfie and accept her single life, she can continue dating Alfie to try and get over Gabriel, or she can leave Alfie, confess her feelings to Gabriel, wait for him and Camille to break up, and then date him. We think Emily will continue to date Alfie, at least for a little while, because she genuinely likes his company. But her messy love triangle won’t go away any time soon, and she’s bound to pine after Gabriel.

Does Emily Quit Savoir? Does She Go With Sylvie or Stay Back With Madeline?

As of now, Emily cannot return to Chicago after a year and has to stay in Paris because Madeline plans on transforming Savoir into the ideal American-operated French company. Even though Sylvie and her team resigned, Emily is still an employee of Savoir. However, Emily is unsure of how to proceed. She knows that siding with Madeline will get her the promotion in Chicago she has been working towards her whole adult life. She also realizes that Madeline, who is so affectionate towards her, is actually exploitative and has no respect for the French way of working. 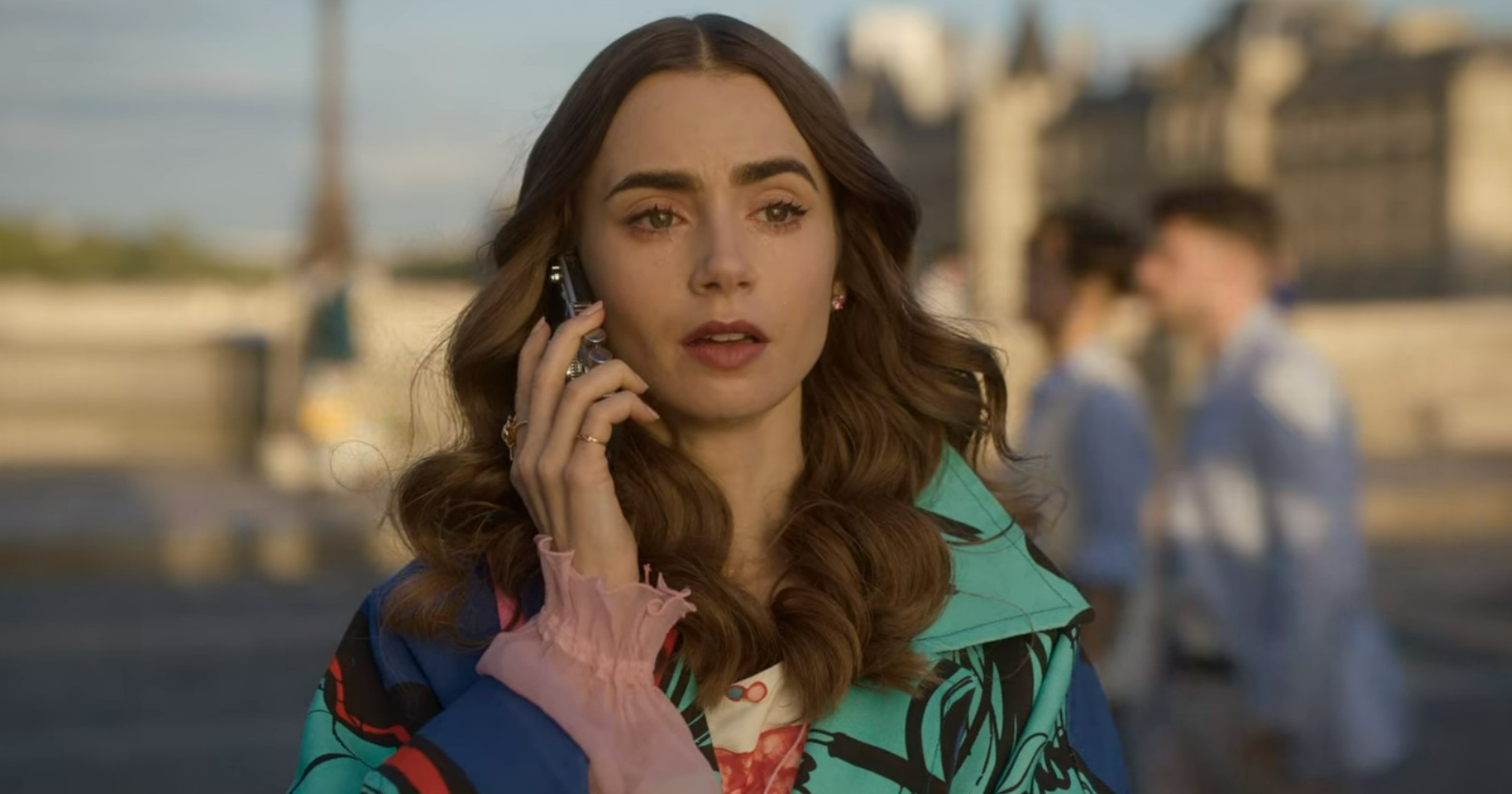 Meanwhile, Emily is honored by the fact that Sylvie wants her to be a part of her new venture. Plus, Julien, Vic, and Grégory want her to side with Sylvie as well; the designer, in particular, said that he’ll be Sylvie’s client only if Emily is onboard. Plus, a lot of Savoir’s clients will go with Sylvie since she is French and a known face, unlike the American Madeline.

All in all, Emily will have to stay in Paris no matter whose side she chooses. However, in the very last scene and a torturous cliffhanger ending, a crying Emily calls Sylvie and says that she has made her decision. We think that Emily won’t quit Savoir and join Sylvie’s new venture immediately — her loyalty to Madeline will force her to stay at Savoir until things get quite bad. Although she previously showed a desire to embrace the chaos around her, the encounter with Gabriel and Camille seems to have rattled her and she might go looking for the cold embrace of Madeline’s structured American style of working.

Afterward, Emily will likely go to Sylvie’s company and sever ties with Savoir. Thus, it’s almost guaranteed that Emily will shift her loyalties from Madeline to Sylvie — only the timing of her drastic move is uncertain. We might even see Madeline, in a shocking twist, accepting the error of her ways and embracing the French perspective!