Do Dog Gone’s Rob Lowe and Johnny Berchtold Have Dogs in Real Life? 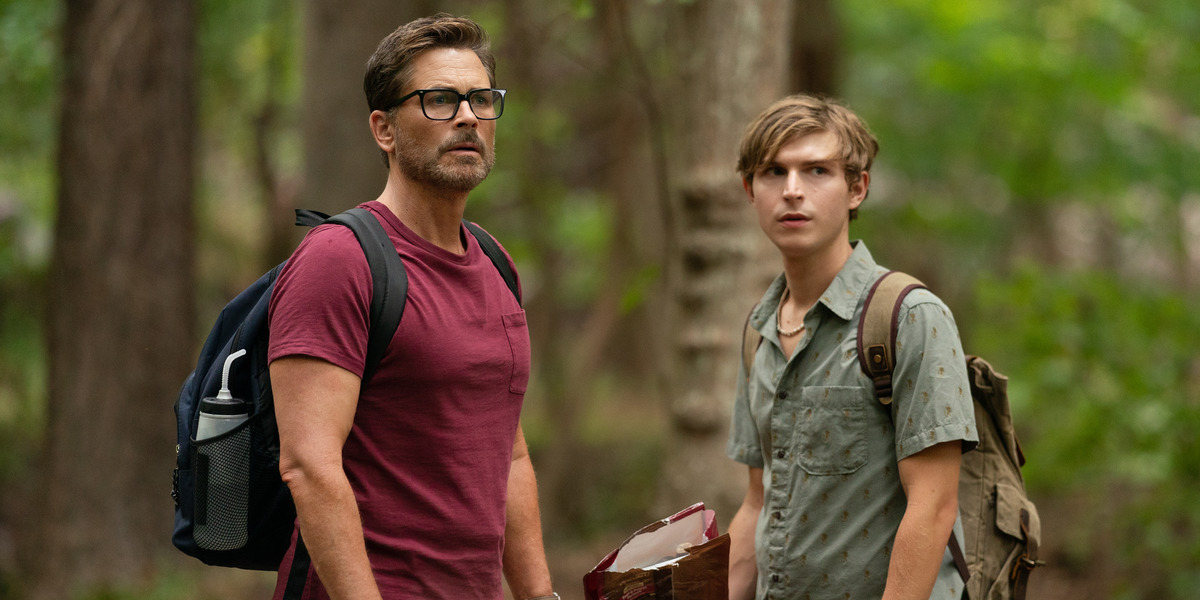 Netflix’s ‘Dog Gone’ is the retelling of a riveting true story of a family’s quest to reunite with their beloved pet dog after the latter goes missing on the Appalachian Trail. It is based on the 2016 book ‘Dog Gone: A Lost Pet’s Extraordinary Journey and the Family Who Brought Him Home’ written by Pauls Toutonghi. The drama film directed by Stephen Herek stars Rob Lowe and Johnny Berchtold in the lead roles as John and Fielding Marshall, the father-son duo, tirelessly searching for Gonker, their pet dog. However, if you are wondering whether Lowe and Berchtold have pet dogs of their own, here is everything you need to know!

Does Rob Lowe Have a Dog in Real Life?

Rob Lowe began his acting career at the age of 12 as a child actor. His first major role came in 1979, playing Tony Flannagan in the sitcom ‘A New Kind of Family. After becoming a teen sensation, Lowe transitioned to more mature roles with his performance as Sam Seaborn on the political drama series ‘The West Wing’ which aired from 1999 to 2003. He currently plays the lead role of Captain Owen Strand in ‘9-1-1: Lone Star.’ Lowe also serves as an executive producer in ‘Dog Gone’ while appearing as John Marshall.

The film’s ending credits show a picture of Lowe with his pet dog Bella, a beige and white chihuahua. However, Bella is not the only adorable canine who is part of Lowe’s family. The actor also has several other pet dogs, including Jack, a German shorthaired pointer. He is also the pet parent to a Jack Russell named David he adopted in 2016. However, Lowe’s first Jack Russell, named Buster, died in 2021, aged sixteen. Recently, Lowe added young pups named Oscar and Daisy to his family of pets.

Does Johnny Berchtold Have a Dog in Real Life?

In ‘Dog Gone,’ actor Johnny Berchtold essays the role of Fielding “Fields” Marshall. The actor made his screen debut in 2016, appearing in a small role in the thriller film ‘Flesh & Blood.’ Berchtold gained recognition for his performance in the fantasy series ‘Life as a Mermaid.’ Some viewers might recognize the actor from his role as Quinn in the teen drama ‘The Wilds.’ However, Berchtold is arguably best known for playing Jay Jennings in the TV miniseries ‘Gaslit.’

The ending credits of ‘Dog Gone’ include a photograph of Berchtold with a dog named Sawyer. The loveable golden retriever is a part of the Berchtold family but does not belong to the actor. Instead, Sawyer is the pet dog of Berchtold’s younger sister. Berchtold sporadically shares pictures of himself with Sawyer on his social media accounts, hinting that he is close with the dog. Moreover, Berchtold certainly has experience caring for dogs, which reflects in his performance in the film.

Read More: Is Dog Gone’s Gonker Real or CGI? What Breed Is He? Did He Have Addison’s Disease?