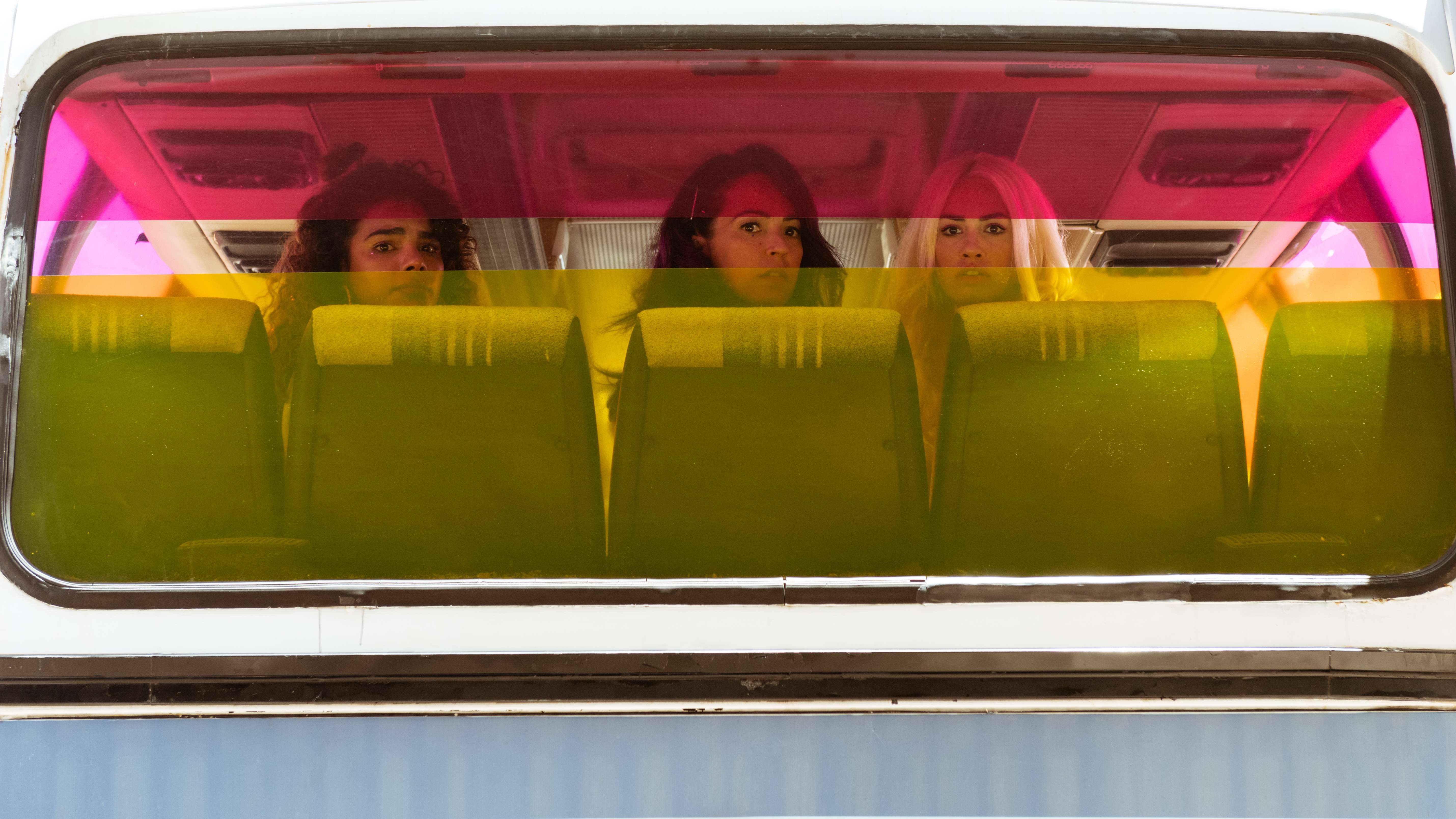 Created by Álex Pina and Esther Martínez Lobato, Netflix’s Spanish series ‘Sky Rojo’ revolves around the lives of Gina, Coral, and Wendy, three prostitutes working at Las Novias Club. After nearly killing the owner of the establishment Romeo, the three women run away from the place, only to get pursued by the former and his men. The third season of the show follows another chapter of the three women’s efforts to survive Romeo and his vicious plans to kill the three of them. Naturally, the viewers must be eager to know whether the three “sisters” die in the season. Here’s what we can share about the same! SPOILERS AHEAD.

Do Gina, Coral, and Wendy Die?

The third season of ‘Sky Rojo’ begins with Gina, Coral, and Wendy settling down at Almería using the money they stole from Romeo. The brothel owner sets out to find and kill the three women for not only stealing from him but also for running away from his establishment. In the first two seasons of the show, Romeo tries to kill the three of them several times using several ways that range from burying them under a cement deposit to using guns. Still, the three best friends manage to overcome these attempts to stay alive.

In the third season of the show, Romeo realizes that his usual plans aren’t enough to find and put an end to the lives of Gina, Coral, and Wendy. He makes Moisés believe that his brother Christian bled to death due to the three women, which infuriates him enough to seek vengeance. Rather than fulfilling Romeo’s orders, Moisés sets out to kill them to fulfill his revenge without realizing that they aren’t the ones behind his brother’s death. Moisés’ attachment to his late brother motivates him enough to find the women and invite Romeo over to kill them.

Romeo then arrives in Almería and confronts Gina, Coral, and Wendy with his men while the women are in a boat, preparing for their diving session. A shootout ensues, killing Gina’s boyfriend Toni and his friend Pau and injuring Wendy’s partner Greta. Gina, who witnesses her partner dying, comes out of the boat in anger and tries to kill Romeo using a flair gun, only to get shot by him. Without any medical intervention, Gina starts her fight to stay alive, only to realize that she will die soon. She eventually dies after ensuring that her baby is delivered properly to the care of Coral and Wendy.

Out of the three best friends, only Gina dies in the third season of ‘Sky Rojo.’ Coral and Wendy’s lives are saved by the unexpected Rubi, another prostitute who works at Las Novias Club. When Wendy and Coral arrive in Tenerife and fail to kill Romeo right away, the brothel owner sends his men to find both of them for him to kill them. While Moisés and others try to hunt them down, it is Rubi who informs the former that the three women aren’t the ones who killed Christian since his brother died because Romeo wanted him to bleed to death.

Rubi’s revelation leads Moisés to Coral and Wendy for rescuing them before Darwin and Beefcake arrive at their apartment to kill them. Despite the several threats the duo face, Coral and Wendy manage to stay alive as their instincts always find a way to protect themselves. When Beefcake closes in on Wendy, she miraculously escapes from him by seeking refuge at the workstation of a martial arts fanatic. Wendy uses all her knowledge and skill for her survival while Coral seeks security in Moisés. Coral and Wendy eventually eliminate every threat to their lives by killing Romeo with the help of Moisés as well.

Read More: Is Sky Rojo Based on a True Story?