Do Helen and Max Get Together in New Amsterdam? 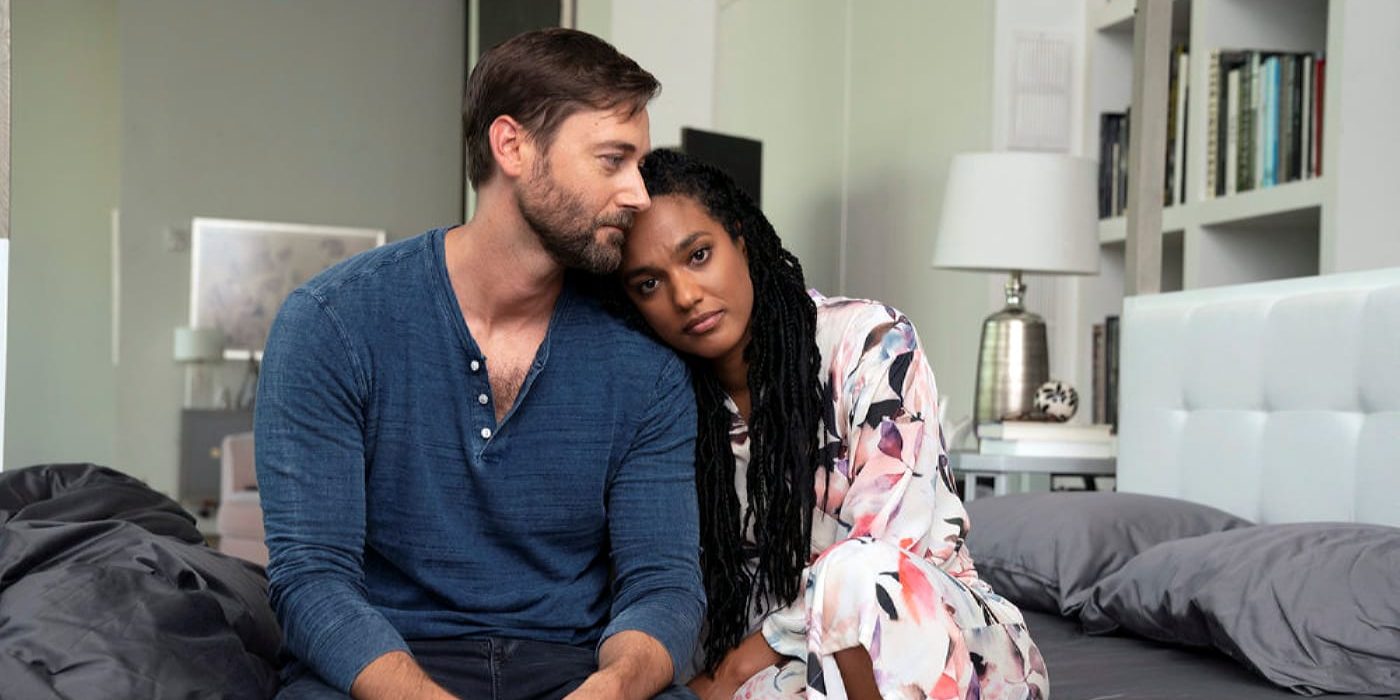 Fans of ‘New Amsterdam‘ have been closely following Max Goodwin’s complicated life as he tries to balance the personal and professional aspects. The medical drama has thrived on the will-they-won’t-they dynamic between Max and his colleague Dr. Helen Sharpe. Fans have been demanding to see the couple get together since the first season.

However, something or the other always gets in the way of them confessing their romantic feelings for each other. A major moment between the two in the third season finale has viewers excited for the duo’s future. Does that mean Max and Helen get together? Here’s everything you need to know in that regard!

Do Helen and Max Get Together in New Amsterdam?

The bond between Max and Helen has always been a complicated one to describe. Max first meets Helen in the show’s premiere episode, and the two get off on the wrong foot. Max and Helen clash over her work ethic while Max is trying to establish a new order at the New Amsterdam Medical Center. However, they quickly strike each other as good people, and Max tells Helen about his cancer.

For a long time, Helen is the only one to know about Max’s cancer which he keeps a secret from others. After Max’s wife dies, the bond between him and Helen becomes stronger, and their friendship helps Max cope with the loss. Helen, who is approaching menopause and wants to settle down with a partner, is drawn towards Max but ends up dating Dr. Akash and then Dr. Cassian.

The love triangle between Max, Helen, and Cassian dominates the characters’ personal lives for much of season 3. However, after Helen breaks up with Cassian and Max faces a near-death experience, both gain some clarity about their feelings for each other. In the third season finale, Max and Helen share a passionate kiss, hinting at the start of their romantic relationship.

The duo seemed destined to end up together, and “Sharpwin” fans finally felt their wish was going to fulfill. However, the complications in Max and Helen’s lives do not seem to stop. As viewers might be aware, Helen desires to move to London and take up a job at her old hospital. In the season 4 premiere, Helen clearly expresses that she is choosing her personal happiness over the chance of being with Max. It seemed like the Sharpwin ship was about to sink as soon as it sailed.

Helen doesn’t think that a long-distance relationship is practical. However, she changes her mind after Max confesses his feelings for her and tells her he loves her too much to lose her. Helen admits that she feels the same way, and the two decided to be together. Their relationship goes through a rollercoaster in just one episode, but Max and Helen are officially a couple now!

While we do not know what the future holds for them, and it is likely that they both will move to London soon, for now, they are trying to enjoy being with each other and are ready to figure things out on the go. Their relationship also signals strong personal growth for both characters. For once, Max isn’t afraid of the future and is content with living in the moment. On the other hand, Helen finally finds someone who cares about her personal happiness and is willing to fight for her. Talk about perfect matches!