Do Jen and Jizzlord End Up Together in Extraordinary? 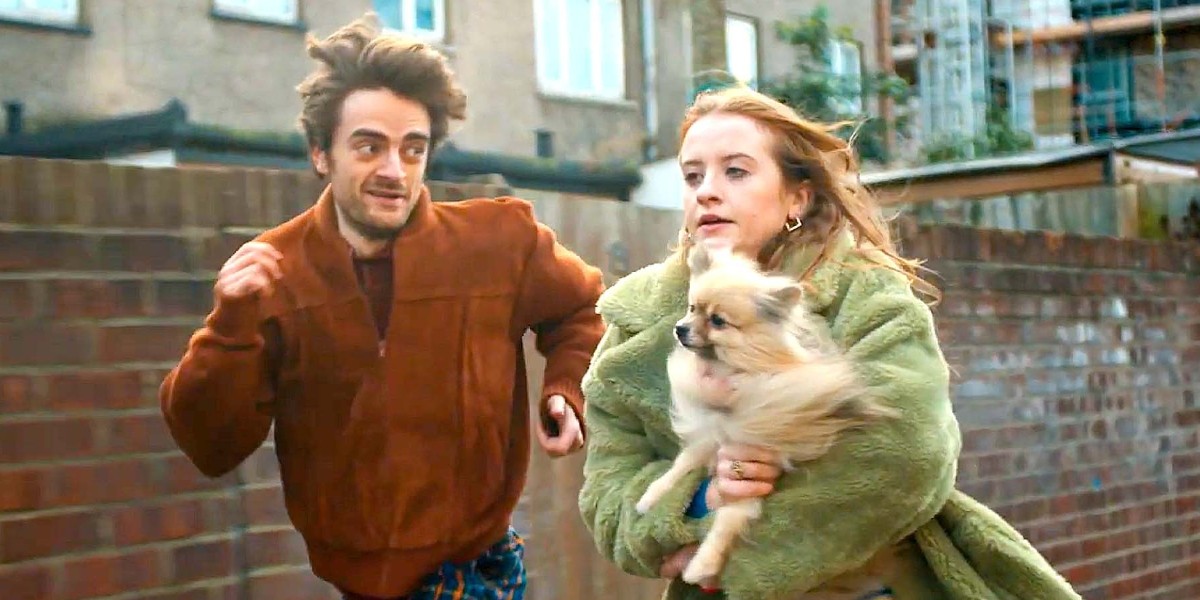 Hulu’s ‘Extraordinary’ is a superhero comedy series created by Emma Moran. The British series is set in a world where most of the population is gifted with a superpower. However, Jen is an ordinary young woman who has no special ability. As a result, Jen feels left behind in life. However, she finds a new sense of optimism after he meets Jizzlord, a shape-shifting man who has spent the last few years as a cat. While Jen helps Jizzlord discover his past, the duo inadvertently grows close to each other. Therefore, viewers must be wondering whether Jen and Jizzlord end up together. If you are looking for an answer about Jen and Jizzlord’s romantic future in ‘Extraordinary,’ here is everything you need to know! SPOILERS AHEAD!

What Happens Between Jen and Jizzlord?

Jen is the protagonist of ‘Extraordinary’ and actress Máiréad Tyers (‘Belfast‘) plays the role. Jen is powerless in a world full of people with superpowers. She believes that her lack of special power is holding her back in life. Jen wants to get a stable job, but because she is powerless, no one is willing to hire her. After a disastrous job interview, Jen finds a stray cat outside her apartment building. Jen shelters the stray cat in her house only to realize it is a shape-shifting man. After meeting Jen, the cat returns to his human form and refers to himself as Jizzlord. Actor Luke Rollason (‘Industry’) portrays Jizzlord in the series. 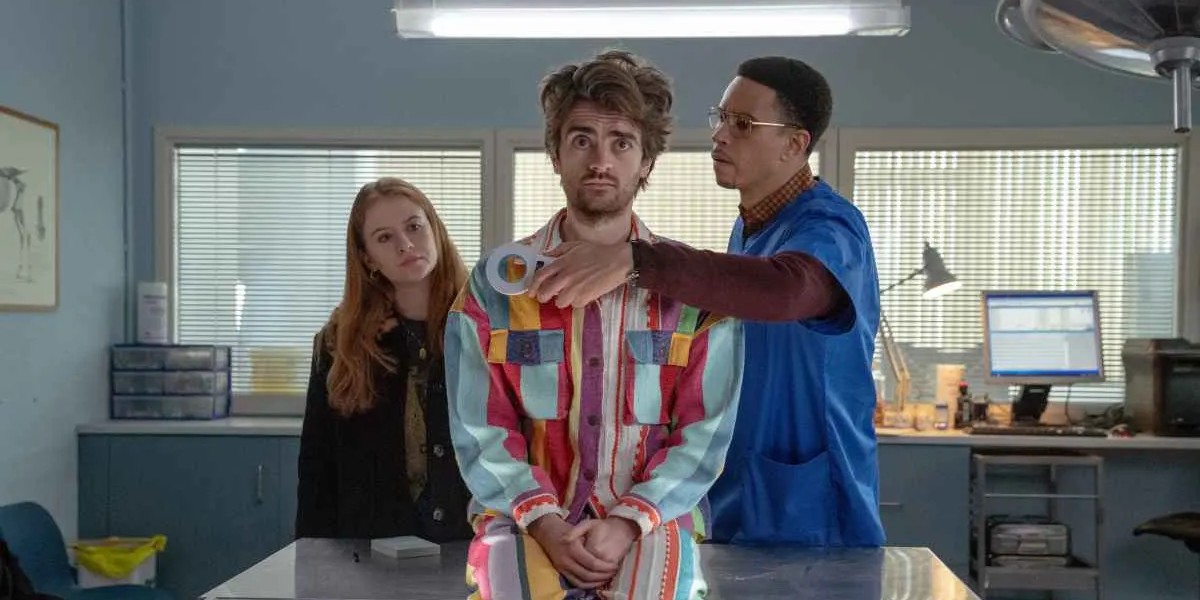 Jen helps Jizzlord assimilate to life as a regular human. Simultaneously, Jen and Jizzlord explore the latter’s past and try to find out about his life before he turns into a cat. The duo learns that Jizzlord is a cat named Hercule, owned by David. As Hercule, Jizzlord was proficient in cat contests and won several competitions. However, David recently passed away. Eventually, Jen asks Jizzlord to turn back into a cat and help her win a cat contest. She hopes to use the money to fund her treatment at the Clinic and discover her power. While Jizzlord fails to win the contest, his performance with Jen leaves the crow impressed. Moreover, it leads to Jen kissing Jizzlord.

Do Jen and Jizzlord End Up Together?

In the season finale, Jizzlord dives head first into pursuing a romantic relationship with Jen. However, Jen is not willing to take things ahead so fast. She is unsure that a relationship with Jizzlord could last, given his mysterious past. Jen is confused about dating Jizzlord while Luke grows attracted to her. Jen has a crush on Luke, but he never seems to reciprocate. However, after seeing Jen with Jizzlord, Luke tries to woo Jen. At the party, Jizzlord overhears Jen talking about him and deduces that she does not want to be his girlfriend. 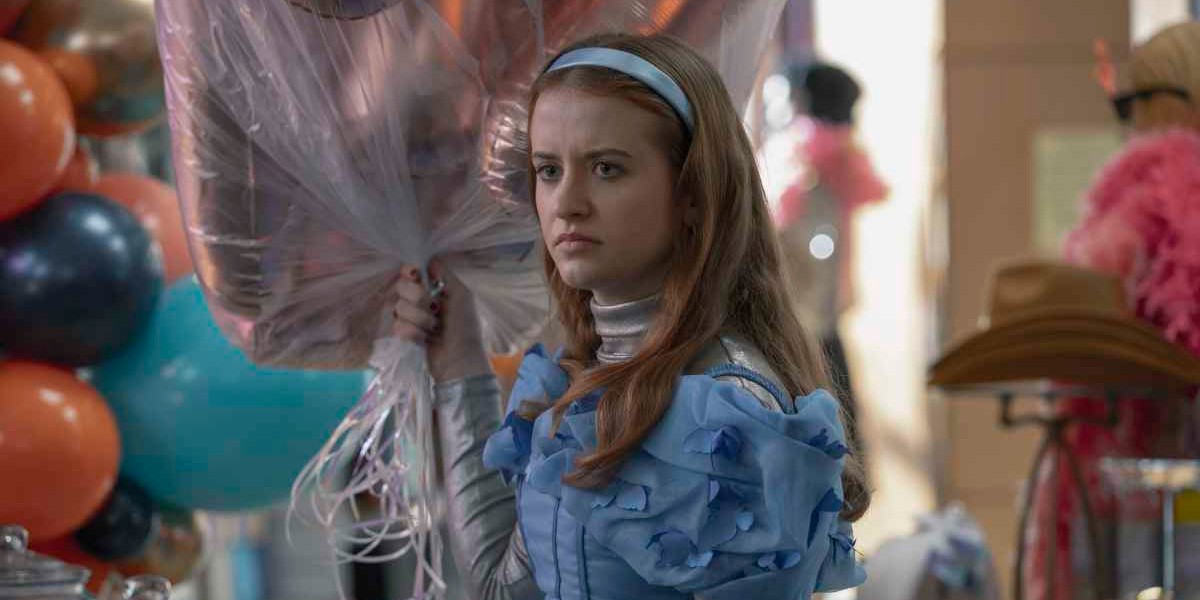 Jizzlord leaves the house while Jen spends time with Luke. However, Jen realizes that she is in love with Jizzlord. She misses Jizzlord’s idiosyncracies and enjoys the innocence his presence he brings to her life. As a result, Jen abandons Luke and chases after Jizzlord. She proclaims her love for Jizzlord to a stray cat believing he has transformed again. Luckily, Jizzlord overhears Jen’s words, and the two kiss. The season one finale ends with Jizzlord and Jen starting a romantic relationship.

Ultimately, Jizzlord and Jen end up together. Despite their different personalities, Jen and Jizzlord have great chemistry and make a good couple. However, Jizzlord’s mysterious past and Jen’s quest to discover her power could strain their relationship. The mid-credits scene of the season finale implies that Jizzlord was married and had a child before he turned into a cat. Therefore, it is likely that the revelation will directly affect Jen and Jizzlord’s relationship.

Read More: Where is Extraordinary Filmed?