Do Luther and Klaus Die in The Umbrella Academy Season 3?

The third season of ‘The Umbrella Academy’ proves to be the most interesting season yet. It does not hold back from upping the body count, with almost every episode resulting in the death of one character or another. The situation gets so dire that we worry if one of the Umbrella Academy members will say goodbye to us this time. Things get particularly hairy for Luther and Klaus who are betrayed by the same person in the penultimate episode. What happens to them? Are they really gone for good? Here’s all you need to know about them.

Do Luther and Klaus Hargreeves Die? 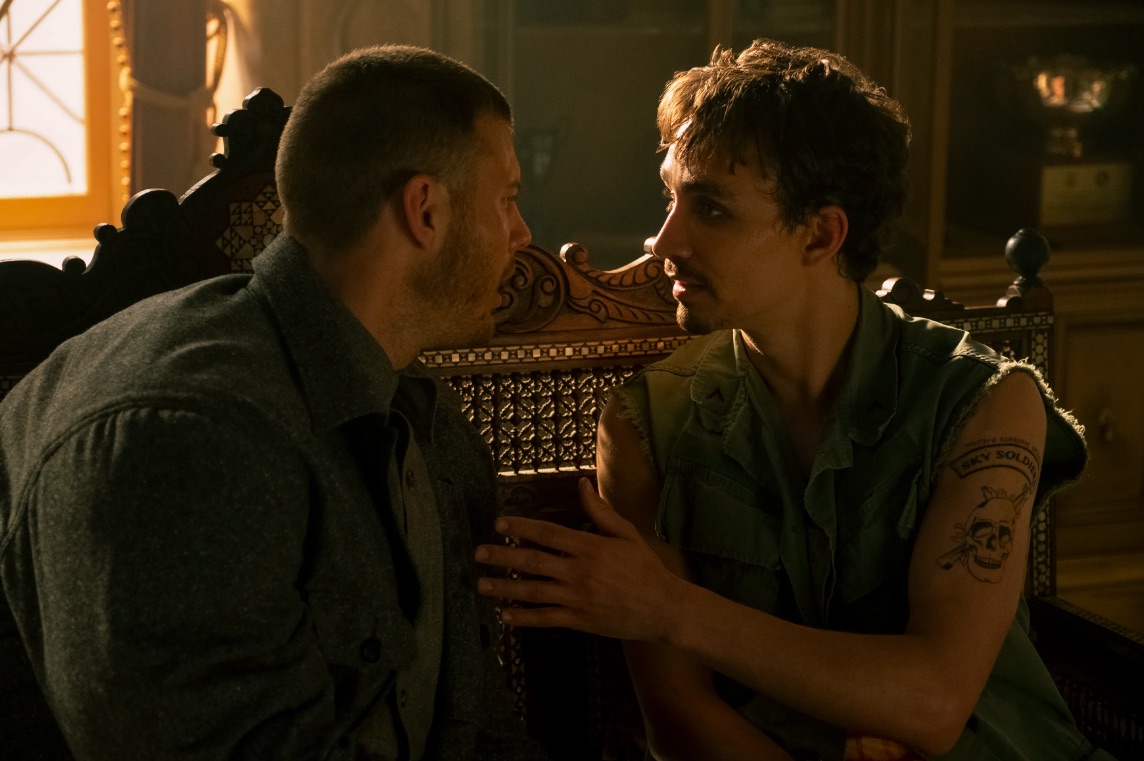 By the time the credits start to roll on the final episode of Season 3, Luther and Klaus are seen alive and well, albeit without powers. While all seems to have ended well, they do go through a very bloody turn of events. In the penultimate episode, when Reginald Hargreeves fails to get seven out of nine superheroes on his side, he decides to motivate them in a different manner. After having what seemed like a heartfelt conversation with Luther, Reginald proves just how ruthless he had always been. In a shocking turn of events, he kills Luther inside the White Buffalo Suite of Hotel Obsidian.

When the rest of the Academy discovers that Luther is dead, Reginald lies that the samurai from the other side of the portal did the deed. The need to avenge Luther spurs others into action and they decide to enter the portal. However, just before Hargreeves closes the door on the Season 3 timeline, he leaves Klaus behind too, saying that he is more trouble than its worth. While Klaus is heartbroken, he decides not to be taken into the black hole, so he impales himself on one of the horns of the mounted buffalo.

While the rest of the team tries to figure out how to find the thing that would reset the timeline, we find Klaus and Luther in the afterlife. After being betrayed by Reginald, who he thought was better in this timeline, Klaus decides to let go of the world of the living and is ready to spend the rest of the eternity in the afterlife. However, Luther is not ready for it. Knowing that Hargreeves has led the rest of his siblings and Sloane on a mission that probably won’t end very well for them, Luther pushes Klaus to find a way back.

Previously, Klaus had discovered that he is practically immortal. Every time he dies, he comes back to life after sometime. When Hargreeves finds out about it, he trains Klaus to come back to life of his own accord. Before this, Klaus had let time do its trick, but now, he has a handle on his powers and can come back to life only minutes after he has been killed. He uses his powers when Luther tells him that they need to help the others and ends up in the pocket dimension.

While Klaus can bring himself back to life, he is not yet able to do the same for others, at least not completely. He is briefly able to bring Luther back to life, which allows him to say goodbye to Sloane. When Klaus can’t hold on any longer, Luther disappears back into the afterlife. This means that Klaus is definitely back, but things don’t look so good for Luther. However, when the timeline is reset, Luther too arrives into it with the rest of his siblings. Not only is he alive, but he is also back in his original body. The hairy and animal part of him is gone. Klaus too appears alive and well, though he is not able to summon ghosts as he could before. So, while they may have lost their powers, Luther and Klaus do make it out alive in the new timeline.

Read More: How do The Umbrella Academy Lose Their Powers?